SpaceX is on track to launch another Falcon 9 v1.1, just 13 days after the ASIASAT-6 mission lifted off from SLC-40. The next launch – tasked with lofting the CRS-4/SpX-4 Dragon en route to the International Space Station (ISS) – remains on target for the early hours of September 20, after a Static Fire test was conducted on Wednesday night.

Path to the next launch:

Following the successful launch of the ASIASAT-6 mission on September 7, most observers believed the CRS-4 mission would likely slip late into the month.

However, with no major post-launch repairs required on the SLC-40 pad infrastructure, along with the next Falcon 9 and Dragon already in Florida, SpaceX made the decision to press ahead with a September 19 target – which has since slipped by just the one day.

Now into the business end of the flow, the Static Fire test is an important requirement to allow SpaceX management to approve the launch.

Observers confirmed the short burst of the engines, marking the completion of the Static Fire test at around midnight. While SpaceX stated it wasn’t able to talk about “testing schedules”, sources note a full duration firing, pointing to a good test. 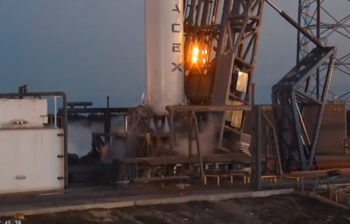 With the required engine and vehicle data collected, detanking operations followed, before the rocket was lowered on to the Transporter Erector (TE) and rolled back to the hanger.

Next up is a data review, which will be fed into the Launch Readiness Review (LRR) – a key meeting that will confirm the launch date.

The launch itself has the additional challenge of an instantaneous launch window, due to the mission targeting a path toward the International Space Station. As such, a plan for three consecutive attempts – should they be required – are being lined up.

SpaceX and NASA will be hoping to get the Dragon on her way to the ISS before the next Russian Soyuz takes precedence over the Station’s Visiting Vehicle schedule.

Soyuz TMA-14M is scheduled to launch on a fast track rendezvous to the ISS on September 25.

Both the American and Russian vehicles are carrying important payloads, with the latter lofting three new crew members to the Station. 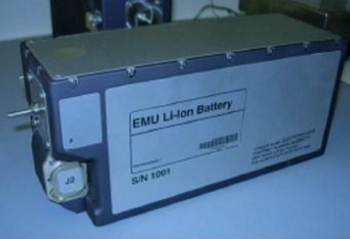 US EVAs on the ISS are currently postponed until the new batteries arrive on the Station. Two more batteries are set to ride on the next Soyuz.

The requirement to ship replacements to the ISS came after ground testing revealed an issue that resulted in a loss of confidence across the set of batteries currently being used in the operational EMUs. 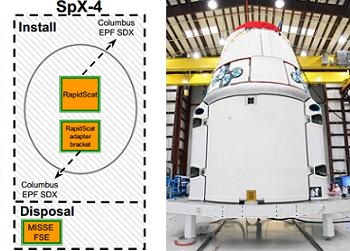 The Dragon will also be lofting ISS-RapidScat, inside her unpressurized Trunk compartment.

The experiment will be attached to the Station’s Columbus laboratory, via the use of the Station’s robotic assets that are now well-versed in removing and installing hardware from the Dragon’s trunk.

ISS-RapidScat will study the Earth’s ocean surface wind speed and direction, returning a lost capability when the SeaWinds scatterometer aboard NASA’s then 10-year-old QuikScat satellite experienced an age-related antenna failure.

The Dragon will also be lofting 40 mice that will take residence on the orbital outpost.

The “Mousetronauts” will be riding uphill in a new hardware system designed to carry rodents safely from Earth to the orbiting laboratory and provide long-term accommodation aboard the station.

Also riding to the ISS on the Dragon are several “late loading” items.

These critical payload elements come in the form of powered lockers, hosting the Commercial Generic Bioprocessing Apparatus (CGBA) and the Animal Enclosure Module Transporter (AEM-T), among many other science items. 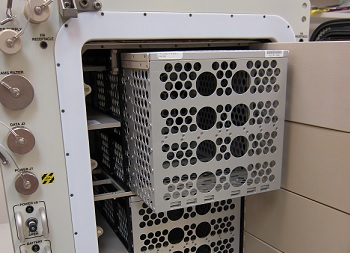 The General Laboratory Active Cryogenic ISS Experiment Refrigerator (GLACIER) will also be riding in the Dragon.

The GLACIER was designed for ISS EXPRESS Rack operations and is compatible with most of the launch vehicles that ferry science to and from the ISS.

This particular space fridge will be hosting a NanoRack module, a drug metabolism syringe kit and a bone densitometer.

GLACIER’s little brother “Polar” is set to make it first flight to the ISS on the CRS-5/SpX-5 mission.

Two unpowered lockers have been prepared to hold experiments from the Japan Aerospace Exploration Agency and food for the space station crew, while a variety of unpowered hardware bags also were readied to carry 16 different experiments.

These items will be loaded into the Dragon at the latest possible opportunity ahead of rollout on Saturday.

(Images: SpaceX, NASA and L2. Thanks to “CoolSpace” for the assistance with the GLACIER information and image.)