A MicroMeteoroid and Orbital Debris (MMOD) strike on the Number 2 window of the International Space Station’s Cupola module appears to be contained within the debris pane, following evaluations by teams on the ground. The small, yet visible, damage to the window is not expected to impact on the operation of the Cupola – the Station’s main observation area and one of the star additions to the orbital outpost.
MMOD:

MMOD strikes are a constant risk to spacecraft on orbit, not least because they are impossible to track and thus avoid. This is in contrast to the larger debris threats that the ISS can dodge via a Debris Avoidance Maneuver (DAM). 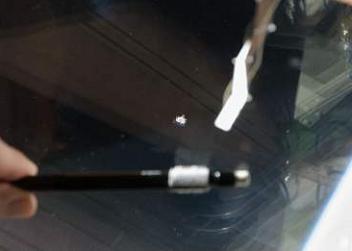 Impacts from MMOD strikes are usually noticed when they strike areas such as windows of spacecraft.

Although spacecraft are designed with a level of protection from such impacts, MMOD was the third biggest threat to losing an orbiter during her mission – second only to launch and re-entry. 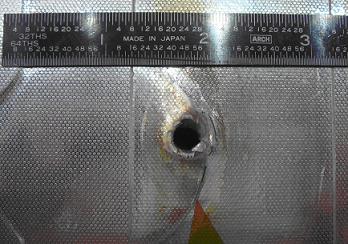 The most serious event was during STS-109, when a small piece of debris was lodged in Columbia’s coolant loop 2 and restricted the flow of Freon-22 in that coolant loop. While the option for an immediate return to Earth was discussed, mission managers opted to press on with what was a successful flight.

Atlantis and Endeavour both suffered “bullet hole” impacts to their radiators, with Atlantis’ damage was sustained when she was hit by a tiny piece of circuit board on orbit – likely from a destroyed satellite. The damage held no mission impact and was only noticed once she had returned home and was in post flight processing inside her Orbiter Processing Facility (OPF)

The Cupola module was lofted to the ISS – along with Node 3 – during Endeavour’s STS-130 mission.

The European Space Agency (ESA)-built Cupola has provided Station crews with a stunning view of the planet, often shared with the public via downlinked photography, posted to the social media accounts of the astronauts. 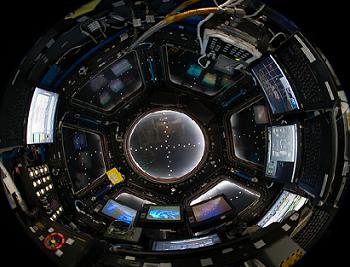 The module has hardly suffered from any issues during its tour of duty with the orbital outpost, with only a minor temperature issue noted ahead of the debut arrival of SpaceX’s Dragon in 2012.

It was during another arrival of a Visiting Vehicle – this time with the recent Orbital Cygnus spacecraft (CRS-2/OrB-2) mission – that resulted in astronauts noticing the strike to Window 2. 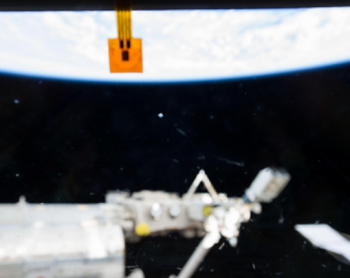 “The crew confirmed that this is a MMOD strike that has not been previously reported measuring approximately 8 mm in diameter.”

Notably, Window 2 had suffered from a previous MMOD strike, albeit much smaller, resulting in the shutter being closed for evaluation. It was later decided that there would be no impact from the tiny damage sustained.

With this latest strike, the ISS crew were requested to keep the shutter closed when the window was not in use.

“It appears to be contained to the debris pane,” added the status reports. “They (the crew) took additional photographs of the strike and were asked to keep the shutter closed when not in use.  Engineering teams are assessing the additional information and imagery.”

The windows are made up of four panes – an inner scratch pane to protect the pressure pane from accidental damage, two pressure panes 25mm thick to maintain cabin pressure, and finally an outer debris pane.

In the event of the damage being more serious, on-orbit replacement of an entire window is a design feature. Such a replacement would require an EVA to fit an external pressure cover to allow for the changeout, with a pressure cover requiring a flight up to the ISS.

However, L2 status notes added the damage has not impacted on the pressure panes. As such, no operational impact is expected, providing it is confirmed the debris pane has not been compromised by the latest MMOD strike.

The ISS team on the ground will continue to monitor the health of Window 2.