The Chinese have launched the third phase of its lunar exploration program on Thursday. Launch of the Chang’e-5-T1 mission took place at 1800UTC, utilizing a Long March-3C/G2 launch vehicle from the LC2 launch complex of the Xichang Satellite Launch Center, Sichuan Province. The mission is aimed at testing the technologies that are vital for the success of the future Chang’e-5 sample return probe.

In another flagship mission for the Chinese, the orbiter will head into Lunar Transfer Orbit (LTO), before performing a flyby around the Moon and re-enter the Earth’s atmosphere after a 9 day flight.

The CLEP was established in three different phases. The first phase aimed at orbiting the Moon, with the second phase having the objective of making a soft landing, while the third phase has the objective of return a sample of the lunar surface to Earth.

In 1991, Chinese space experts proposed a lunar exploration program and conducted a level of advanced research. China’s “Long March to the Moon” began in 1998 when the Commission for Science, Technology and Industry for National Defense (COSTIND) began planning the lunar mission, aimed at tackling major scientific and technological problems.

In November 2000, the State Council of China approved Phase I of the Lunar Exploration Program, i.e. Lunar Orbiting Exploration Project. The lunar orbiter project was formally established in January 2004, with the program named “Project Chang’e”, after a mythical Chinese goddess who flew to the moon.

In November of that same year, the Chang’e Program completed the design and development in concept phase and entered the prototype development phase. R&D and construction of a prototype probe were completed in December 2005.

The first mission, Chang’e-1, was successfully launched on October 24, 2007, entering in lunar orbit on November 7.

Following the transmission of the Chinese song “Ode to the Motherland” and a number of images, the probe impacted the moon on March 1, 2009, after carrying out a comprehensive remote sensing survey of the lunar surface, obtaining a 120 meter resolution full moon image map, as well as an elevation map and element content distribution on the surface.

The probe operated for 494 days in lunar orbit.

Chang’e-2 was launched aboard a Long March 3C rocket on October 1, 2010, starting the second phase of the program. The objective of the mission was to validate some of the key technologies of landing as well as searching landing area for the Chang’e-3 mission.

Arriving October 9 in a circular orbit 100 km over the lunar surface after a 112 hour flight, six engineering objectives and four scientific missions were completed on April 1, 2011, including surveys of the south and north poles of the moon, taking high-resolution pictures of the chosen landing site for Chang’e-3.

The extended mission saw the probe depart towards a close encounter with the asteroid 4179 Toutatis, reaching to 3.2 km from its surface. 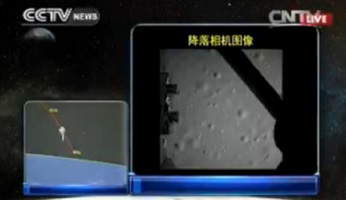 Chang’e-3, launched on December 1, 2013, conducting the first soft landing on the Moon on December 14 in the plains of Mare Imbrium. The main objectives of the mission were to conduct a survey of the Moon surface morphology and its geological structure, to analyse the components of the lunar surface and to implement optical astronomical observations.

With a launch mass of 3,780 kg, the lander came equipped with a radioisotope thermoelectric generator (RTG) to power the lunar operations during the three-month mission. The energy was used to power the scientific payload of seven instruments and cameras. The main instrument – the Lunar-based Ultraviolet Telescope – was designed to observe galaxies and other celestial objects. 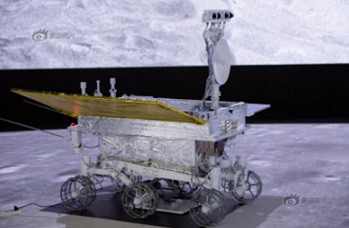 The lunar rover, named Yutu, explored the lunar surface after departing from the lander. The small rover was equipped with a solar panel to power the vehicle during the lunar day on what was projected to be a three month mission. During this time, Yutu would explore a three square kilometer area, travelling a maximum distance of 10 km from the landing point.

Yutu carried a radar unit on its belly that allowed for the first direct measurement of the structure and depth of the lunar soil down to a depth of 30 meters. The unit was also able to investigate the lunar crust structure down to depth of several hundred meters. The rover was also equipped with an alpha particle X-ray spectrometer and an infrared spectrometer. 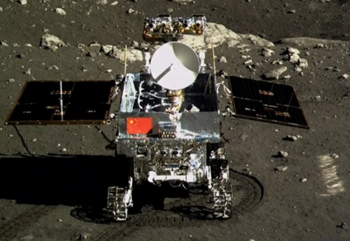 After successful departing Chang’e-3 on December 15, Yutu performed flawlessly. However, control problems emerged before the second lunar night fell on January 25, 2014. The lunar program specialists said the problem was probably caused by the complicated lunar surface, including stones and dust, but this has not been confirmed.

Chang’e-4 was built as a back-up for Chang’e-3, with the mission also incorporating a lander and a rover. Scheduled for launch in 2015, the mission is now is under further analysis by the Chinese specialists. 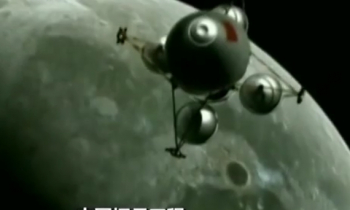 The third phase of the lunar program aims to return two kilograms of lunar soil and rock samples back to Earth.

Chang’e-5 will carry landing and optical cameras, as well as a lunar mineral spectrometer, an instrument for lunar soil gas analysis and to analyse the lunar soil composition, a sampling sectional thermodetector, and a robotic drilling rig.

Chang’e 5-T1, one of the test models for Chang’e-5, was developed using a Chang’e 2 type spacecraft (acting like a service module) featuring the Chang’e-5 return capsule.

This return capsule is very similar to the Shenzhou manned return technology, so it is assumed that it was developed using the Shenzhou as a baseline model. The service module will be used for trajectory corrections, power supply using two solar panels and batteries, along with telemetry and commands transmission to and from the control center.

Following launch, Chang’e 5-T1 will be injected into a lunar free-return orbit, loop behind the Moon once and return to Earth to test the high speed atmospheric reentry of a capsule returning from the translunar voyage at 11.2 km/s.

On a circumlunar free-return trajectory around the Moon the perilune is behind the Moon and the spacecraft moves there in a direction opposite to that of the Moon in a 8-shaped trajectory.

The capsule carries a few experiments on board to expose bacteria and plants to the BLEO radiation environment.

After a nominal ascent the last stage will make a burn for a translunar orbit with injection occurring over the Pacific Ocean. There was no webcast for the launch.

After the nine day journey, the return module will separate from the service module.

Skipping the atmosphere at an altitude of around 60 km, the return module will be equipped with a precise guidance system, controlling the reentry angle. After returning momentarily to space, the capsule will then finally plunge on a fiery reentry before touching down with the help of parachutes.

The orbiter arrived in Xichang via air in southwest China’s Sichuan Province on August 10 and was then transported to the Xichang Satellite Launch Center.

The ‘4M’ mission will be launched along with the Chang’e-5-T1 mission. 4M is the Manfred Memorial Moon Mission, dedicated to LuxSpace founder, Prof. Manfred Fuchs, who died early this year.

The mission is a lunar flyby of a spacecraft that is attached to the last stage of the Long March 3C/G2 rocket on its Vehicle Equipment Bay. The project is conducted by LuxSpace, Grand Duchy of Luxembourg and is a quick, low cost mission aiming at global cooperation.

The payload of this mission is designated 4M-LXS, a 14 kg payload that was developed at LuxSpace.

Five successive 1 minute sequences are sent during the 5 minutes cycle. The digital mode JT65B will be used, this can be decoded by radio amateurs using the free WJST software, there will also be ‘human readable’ tone transmissions.

The transmitter produces 1.5 watts to a simple Monopole antenna which should give a Signal to Noise ratio (S/N) comparable to amateur moon bounce (EME) signals at the Earth’s surface.

The payload is comprised by a primary power source – 28 high energy density, non rechargeable cells, guaranteeing the nominal mission whilst providing 6W to the payloads; a secondary power source (2 x 8 Triple layer solar cells and 4 x Li-Ion rechargeable cells); an onboard computer, FM430 and interface board; an I/Q modulator and a RF power amplifier, providing a nominal 1.5W into the antenna; an L/4 antenna and a RAD experiment from radiation dose determination on the trajectory. 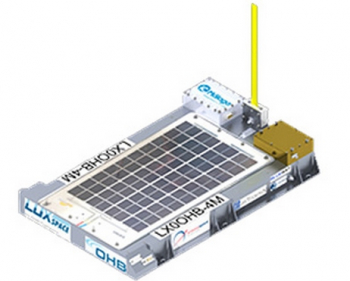 The RAD experiment is a special chip from IC-Malagua (Spain), that is able to accurately measure the Radiation dose rate.

4M is a very simple mission that does nothing much more than transmit its callsign, a basic telemetry, the result of an experiment and some welcome messages. But the mission can bring back some very interesting results in the field of radiation and multilateration.

The integration of the LX0OHB-4M amateur radio payload was completed on October 12.

This mission will also be the first flight of the Long March-3C/G2 (Chang Zheng-3C/G2) version of the Long March-3C launch vehicle that is primarily used for launching satellite to Geostationary Transfer Orbit (GTO). The new version features a stretched first stage and boosters.

(Images via Chinese Media and LuxSpace).