Orion’s crewed asteroid mission unlikely to occur prior to 2024

The proposed mission to send two astronauts to a captured asteroid near the Moon won’t occur until the middle of the next decade, according to an overview provided to NASA’s Aerospace Safety Advisory Panel (ASAP). Designated as Exploration Mission -2 (EM-2), it is likely alternative missions will be tasked to Orion and her Space Launch System (SLS) rocket, prior to the flagship mission to the asteroid.

The evaluations over SLS’ mission schedule continues to be one based around budgets and political pressures.

NASA managers have been tasked with two major goals by President Obama. The first is conduct a crewed mission to an asteroid “by the middle of the 2020s” as an interim step on the path to crewed missions to Mars by the mid 2030s. 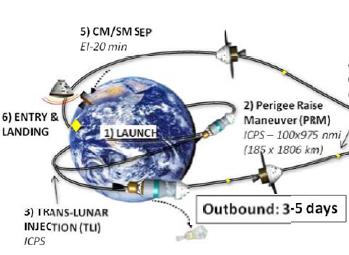 The plan was part of a refinement to SLS and Orion’s initial goals, based around an uncrewed test flight in 2017, taking a lap around the Moon, prior to repeating that mission on a crewed mission four years later.

While that first mission – lofting Orion 70,000 km past the Moon on a 25 day flight – has slipped into 2018, the second mission remains manifested as EM-2, which is officially the first crewed mission of Orion.

The stated plan was for EM-2 to be part of the Asteroid Redirect Mission (ARM) that involves two missions, opening with a robotic mission – around 2019 – to head out and capture an asteroid, sending it into a Lunar orbit, ahead of the EM-2 crew arriving for a hands on investigation.

EM-2 was to be the second flight of SLS with Orion. However, doubts over the timeline have been known for some time. More recently, NASA videos have changed their wordings to the mission occurring “in the 2020s”.

In over-viewing the ARM mission status to the ASAP, Dr. Michele Gates, ARM Program Director, and Mr. Steve Stich, the Crewed Mission Lead for this activity, stated the target for this crewed mission to an asteroid would now be no sooner than the mid-2020s. 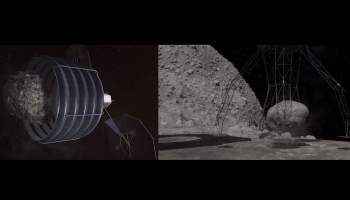 The overview also spoke of two primary mission options that are under consideration.

L2 information notes the down-select will take place on December 18, following on from what has been a busy period of presentations and test demonstrations.

This timeline raises major questions for SLS’ role after her 2018 test flight, but more so for Orion – a vehicle that has suffered from a cancellation, brought back from the dead as a lifeboat option for the ISS, prior to being reinstated for the primary role of Beyond Earth Orbit (BEO) transportation. 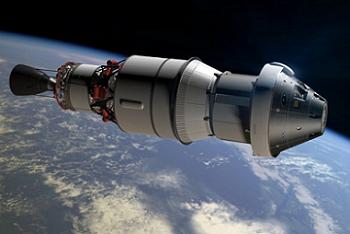 Orion will finally get to touch space next month via the Exploration Flight Test -1 (EFT-1) test mission, prior to her first ride on the SLS in 2018.

However, her role after that mission will need to be defined, given her next official mission is for the second part of the Asteroid Redirect Mission. A stand down of up to seven years for Orion would be politically unpalatable.

As such, it is likely EM-2 will be redefined into an alternative mission, moving the ARM to EM-3 or EM-4 on Orion’s manifest, as much as that leaves questions to be answered on supporting elements such as ESA’s ATV hardware contributions to Orion’s Service Module. 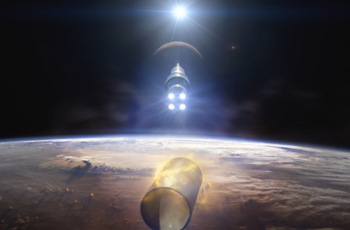 Clues into the re-designation of EM-2, away from the ARM flight, were also provided to the ASAP, with confirmation this mission would involve the debut of the more powerful Exploration Upper Stage (EUS), despite public comments from the SLS program that denied information in their own documentation, claiming the Delta Cyrogenic Second Stage (DCSS) would be launched with EM-2.

“The EM-1 flight will tell NASA a great deal about the system. EM-2 is about seven years away. The current thinking is that it will be the first crewed flight,” added the ASAP minutes.

“That aspect led to extensive discussions on safety-critical subsystems, some of which would not have been flight tested prior to EM-2. However, they will be tested extensively on the ground. 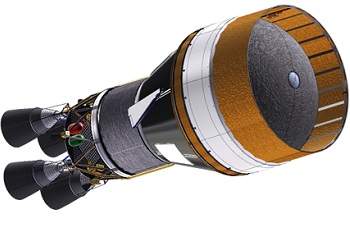 “This will also be the first flight with a new upper stage (EUS). This approach is different than one would like to do it in an ideal world, but the Program has addressed the risk that it creates.”

It had been previously noted that launching a crewed mission on the debut flight of a new Upper Stage was a major concern. As such, EM-2’s change from the ARM flight to a crewed test flight on a “less risky” mission may now come into play.

As such, the ASAP board members urged NASA to “think very carefully about those risks” as they scope out “what the EM-2 mission will be” and to continue to minimize risks. 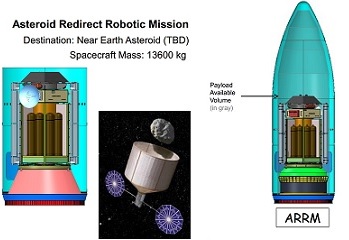 The changes may actually benefit SLS, given the rocket is continuing to promote her superior upmass capability for non-crewed missions. This, ironically, includes the potential SLS could launch the opening part of the ARM requirements.

Design Reference Mission (DRM) documentation has shown SLS managers have been busy working on fairing requirements to loft what is known as the ARRM (Asteroid Robotic Redirect Mission) spacecraft en route to a yet-to-be-selected target.

Officially, this spacecraft is to be launched on an EELV-class rocket. While switching the ARRM flight to SLS would remove a huge amount of mass constraints to the ARRM spacecraft, it would also increase the mission costs astronomically. 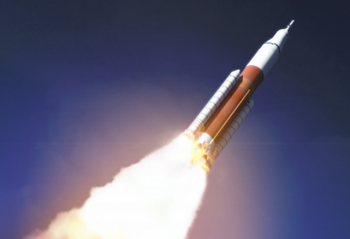 SLS managers are also continuing high level evaluations into launching a spacecraft to Europa, along with a potential Mars Sample Return mission, both in the first half of the 2020s.

However, both missions would require major funding to become a reality, something that can only come via political support.

NASA managers will need to create a solid and viable manifest for SLS and Orion in order to stand any chance of exciting lawmakers into ensuring such funds become allocated in the upcoming budget cycles.

(Images: Via L2 artist Nathan Koga and from L2’s SLS sections, which includes, presentations, videos, graphics and internal – interactive with actual SLS engineers – updates on the SLS and HLV. Other images via NASA.)