Russia’s Soyuz-2-1b rocket conducted its penultimate flight of the year on Thursday morning, successfully carrying the second Lotos-S reconnaissance satellite into orbit in a morning launch from the Plesetsk Cosmodrome. Liftoff was on schedule at 06:01 local time (03:01 UTC).

Lotos-S No.802, which will likely be known as Kosmos 2503 now it has reached orbit, is part of Russia’s Liana programme, which is intended to modernise the country’s electronic signals intelligence (ELINT) capabilities.

Once operational Liana will consist of two series of satellites; Lotos will be used to intercept radio communications while Pion-NKS satellites will perform naval reconnaissance duties. 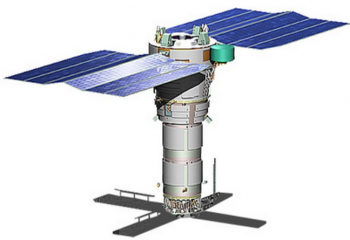 The Lotos-S satellites are stripped-down versions of the Lotos design, intended to allow in-orbit testing and provide an initial operational capacity ahead of fully operational satellites being deployed.

Kosmos 2455, the first Lotos-S satellite, was deployed by a Soyuz-U carrier rocket from Plesetsk in November 2009. One of the spacecraft’s instrument panels or antennae was reported to have not deployed properly at first, however by the end of November this had rectified. Subsequently there were unconfirmed reports that the spacecraft had ceased to function in late 2011.

Russia’s Arsenal Design Bureau is the prime contractor for Lotos-S, with the spacecraft being built around a bus developed by TsSKB-Progress, based on the Yantar series of photoreconnaissance satellites. The 6,000 kilogram (13,000 lb) spacecraft will operate in a low Earth orbit. It is powered by twin solar panels at the aft of the spacecraft, with four deployable instrument panels at the other end of the vehicle.

The Lotos and Lotos-S satellites are replacements for the Tselina series launched from the late 1960s until 2007. The Pion element of the Liana programme is intended to replace Russia’s US-PM ocean surveillance satellites.

Originally developed as a two-tier system, Tselina used small Tselina-O spacecraft to detect radio signals which could be marked for study by larger and more capable Tselina-D vehicles. The Tselina-O, of which between 38 and 40 vehicles were deployed, was launched by the Kosmos-3M rocket from the Plesetsk Cosmodrome. Launches occurred between 1967 or 1968 and 1982, at which point the spacecraft’s functions were subsumed by the Tselina-D. 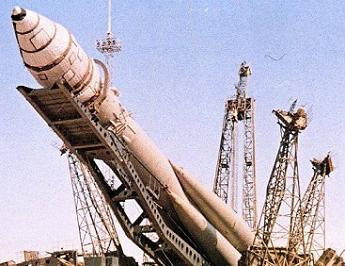 The first of sixty eight Tselina-D satellites was launched by a Vostok-2M rocket in December 1970, with launches switching to the Tskylon-3 in the early 1980s. The final Tselina-D launch, in May 1994, failed to achieve orbit.

In addition to the 68 satellites which were launched, a sixty ninth Tselina-D was destroyed when its Vostok rocket exploded during fuelling ahead of its launch. The accident, which occurred on the same launch pad which was used for Thursday’s liftoff, claimed the lives of 48 soldiers and engineers.

Four more Tselina-D spacecraft were upgraded to the Tselina-R specification and launched by Tsyklon rockets between 1986 and 1993.

The Tselina-2 spacecraft was developed to replace its predecessors, taking advantage of the larger Zenit-2 rocket to increase the satellite’s payload and operational lifespan. Derived from the Tselina-D, the Tselina-2 was first launched in 1984 atop a Proton-K as the Zenit was not ready to fly.

A second Proton launch in 1985 followed, with the Zenit first being used for the unsuccessful launch of the third spacecraft. Twenty three Tselina-2 spacecraft were launched; the last being Kosmos 2428 in June 2007, which rode to orbit on the first flight of the Zenit-2M vehicle.

Russia was motivated to replace the Tselina both due to the age of the system and its reliance upon Ukrainian hardware. The Yuzhnoye Design Bureau which developed both the Tselina satellites themselves and the Zenit series of rockets is based in Dnepropetrovsk, which became part of Ukraine when it gained its independence from the Soviet Union in August 1991. 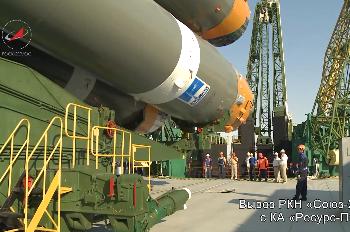 Thursday’s launch made use of a Soyuz-2-1b carrier rocket, with a 14С741 payload fairing encapsulating the satellite.

The Soyuz-2 series consists of three vehicles; the Soyuz-2-1a is a modernised version of the Soyuz-U, with enhancements including a digital flight control system.

The Soyuz-2-1a is a three stage rocket with RD-107A engines powering its four strap-on boosters, termed the first stage under Russian nomenclature, and an RD-108A powering its core or second stage. The third stage of the rocket, the Blok I, is powered by an RD-0110 engine.

The Soyuz-2-1b – used on Thursday – differs from the 2-1a in its use of an RD-0124 third stage engine, increasing its payload capacity.

The third configuration is the Soyuz-2-1v, a smaller rocket with no strap-on boosters and an NK-33 engine replacing the RD-108A on the core stage.

For missions to higher orbits or requiring precise orbital injection, the Soyuz-2 can fly with a fourth stage – typically a Fregat – although this was not required for the Lotos-S mission.

Thursday’s launch began with ignition of the first and second stage engines, which built up to full thrust during a hold-down period lasting up to 17 seconds. Once the engines were at full thrust the four mechanical arms holding the rocket in place swung back, allowing the Soyuz to rise towards orbit.

The first major milestone in Thursday’s launch was first stage separation, at around 117.5 seconds mission elapsed time. The second stage continued to burn for another 170 seconds before it separated and the third stage ignited. Payload fairing separation occurred at some point during second or early third-stage flight.

The third stage burned for between four and five minutes to inject Lotos-S into its initial deployment orbit – expected to be around 200 by 900 kilometres (124 by 559 miles, 108 by 486 nautical miles) at an inclination of 67.1 degrees. A few days after launch the spacecraft will circularise its orbit at apogee. 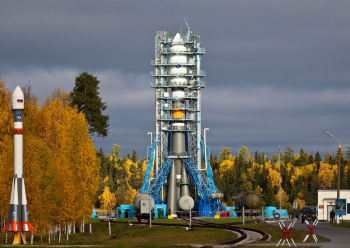 Site 43/4 at the Plesetsk Cosmodrome in Northwest Russia was the venue for Thursday’s liftoff. Russia’s primary launch site for military missions, Plesetsk is used by Soyuz and Rokot vehicles as well as the new Angara rocket which made its first orbital launch from Plesetsk earlier this week.

Thursday’s launch was the last from Plesetsk this year, with the next launch from the Cosmodrome scheduled to be the deployment of a Kanopus satellite by a Soyuz-2-1v in February.

The Soyuz pad at 43/4 is one of four which was built at Plesetsk initially to support the R-7 missile from which the Soyuz is derived. Of the other pads, 41/1 has been decommissioned while 16/3 and 43/3 are currently inactive while they undergo modifications to accommodate the Soyuz-2 vehicle. Plesetsk’s other active launch complexes are 35/1, used by the Angara, and 133/3 for Rokot.

Thursday morning’s launch was the eighty-eighth of the year, the thirty-fifth for Russia’s fleet of rockets and the twenty-first for Soyuz – which has been the most-launched rocket of the year for the second year running. Another Soyuz-2-1b is scheduled to launch Friday, carrying a Resurs-P remote sensing satellite for Roskosmos.