International Launch Services (ILS) opened their 2015 campaign with the successful launch of the Russian Proton-M rocket, this time carrying the Inmarsat-5 F-2 communications satellite – part of the Inmarsat Global Xpress (GX) system – on a multi-hour flight to its transfer orbit. Launch from the Baikonur Cosmodrome in Kazakhstan was on schedule at 12:31 GMT. 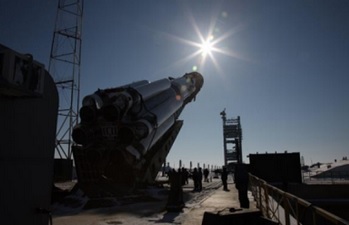 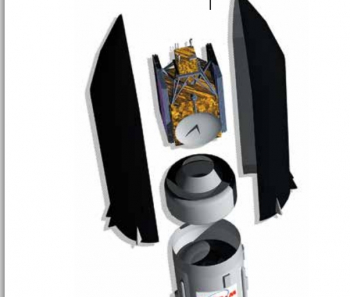 The mission utilized a 5-burn Breeze M Supersynchronous Transfer Orbit mission design, with the first three stages of the Proton using a standard ascent profile to place the orbital unit into a sub-orbital trajectory.

Separation of the Inmarsat-5 F2 satellite was scheduled for 15 hours, 31 minutes after liftoff. 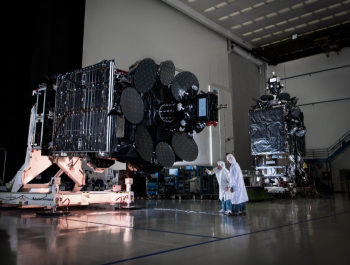 The Boeing Space and Intelligence Systems built Inmarsat-5 F2 communications satellite is based on the BSS-702HP Platform.

The 6,070 kg bird sports 89 ka-band transponders and will enjoy a busy service life of 15 years at an orbital location of 55 degrees West.

The satellite is part of the Inmarsat Global Xpress (GX) system, which will be the first globally available high-speed broadband network. It will be delivered over three Inmarsat-5 satellites and will offer the unique combination of global coverage from a single operator and the network reliability.

“Based on Ka-band technology, GX will consistently deliver higher performance through more compact terminals at a lower cost than existing VSAT services, making it accessible to many more users,” Inmarsat – based in London – claim.

Inmarsat is investing $1.6 billion in the delivery of Global Xpress, which will create

Following the launch of the third Global Xpress satellite – Inmarsat-5 F3 – which is scheduled for the middle of 2015, Inmarsat is planning to commence global commercial GX services early in the second half of the year. The new network, which complements Inmarsat’s existing fleet of L-band communication satellites, will “deliver seamless, superfast mobile broadband services across the planet.” 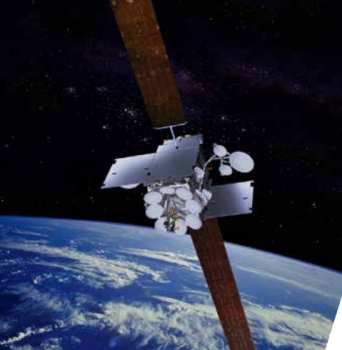 “Global Xpress is a truly transformational technology and, as we complete its global roll-out, 2015 promises to be one of the most significant chapters in our company’s history,” added Rupert Pearce, CEO of Inmarsat.

“Through Global Xpress, the world can move forward from the ‘Internet of Everything’ to the ‘Internet of Everywhere’, in which high-speed, reliable and secure connectivity is available anywhere and at any time – even in the most inaccessible regions – for customers on the move or to fixed locations.

“We believe that our new global network will power innovation, support economic development and help transform social services, from education to healthcare, in regions not adequately served – or not served at all – by terrestrial networks.”

This was the opening launch of 2015 for the ILS proton and the 88th ILS Proton mission overall. It was also the 11th time Inmarsat satellite has ridden on a Proton.

(Images via ILS and Inmarsat)