Arianespace has lofted another pair of satellites into space on Wednesday, with DirecTV-15 and SKY Mexico-1 set enjoying a ride uphill on the Ariane 5 rocket. Launch from the European Spaceport in Kourou, French Guiana took place at the opening of what was nearly a one and a half hour long launch window, with T-0 occurring at 21:16 UTC. 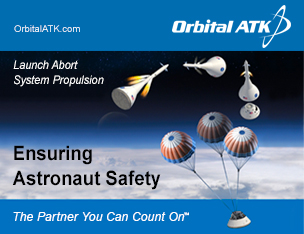 Wednesday’s mission was designated as VA223 and was again be lofting two birds into space.

Lift performance for the mission was approximately 9,960 kg., which included 9,200 kg. for the DirecTV-15 and SKY México-1 payloads, along with associated hardware for the launcher’s SYLDA dual-passenger dispenser system and satellite integration hardware. 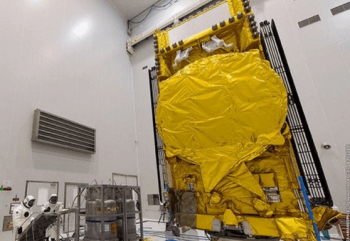 Produced by Airbus Defence and Space using the Eurostar E3000 platform, it will provide services in the Ku-, Ka- and R-bands and has been classed as one of the most powerful broadcast satellites ever built for the United States.

SKY Mexico-1 is an Orbital ATK, Inc.-built satellite based the GEOStar-2 platform and carries Ku- and R-band transponders. It was situated in the lower slot of Ariane 5’s payload arrangement, contained in the SYLDA dispenser system.

As is now often the case, Orbital ATK produced the satellite at its Dulles, Virginia manufacturing facility in just 20 months, four months ahead of the original baseline schedule. 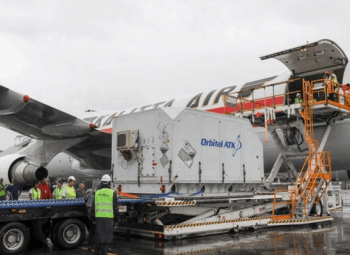 “We take great pride in the short cycle manufacturing process that results in high quality and reliable satellites for our customers.

“SKYM-1 is our first satellite built for DIRECTV and represents what we hope will be the start of a longstanding, successful relationship.”

As Flight VA223’s upper passenger, DirecTV-15 was deployed first in the flight sequence at nearly 28 minutes after liftoff, followed shortly by the SYLDA, revealing the lower passenger. 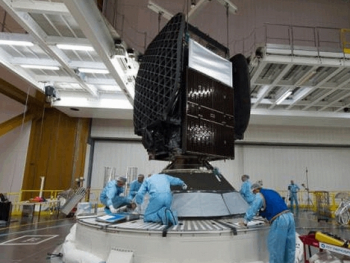 “The early indications from our initial checkout and testing process show that the satellite is performing well,” added Mr. Richmond.

Orbital ATK is currently producing the following satellites that will be delivered and launched for customers over the next several years: Thaicom-8, Al Yah 3, HYLAS 4 and SES-16/GovSat.

Shortly after the announcement that the two satellites had been injected into orbit, Arianespace Chairman and CEO Stéphane Israël noted: “Arianespace is very proud of having orbited two DTH satellites this evening, on our fourth mission of the year, for operators and customers in the Americas.

“I would like to thank our customers, DIRECTV for their continued confidence after the successful launches of DLA-1 and DIRECTV-14 in 2014, and SKY Mexico, member of the DIRECTV family, which entrusted us and Ariane 5 with the launch of its first satellite. Congratulations as well to the two satellite manufacturers, Airbus Defence and Space for DIRECTV 15 and Orbital ATK for SKYM-1.” 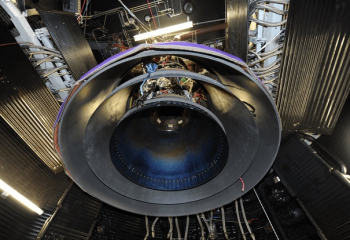 This procedure will be tested on three flights and involves the performance of a lengthy ballistic phase following separation of the final passenger, after checking that the launcher is in perfect condition and ensuring that it has the necessary resources to carry out these manoeuvres.

The objectives of the DEMOFLIGHT program are linked to the future use of the VINCI engine, in place of the HM7b engine.

Flight VA223 was Arianespace’s fourth launch in 2015 for its complete launcher family, following one previous mission each for Ariane 5, the medium-lift Soyuz and lightweight Vega.

This mission was the 65th successful Ariane 5 flight in a row, the 508th and 509th satellites launched by Arianespace and the 264th launch by the Arianespace family of launchers.