The Kennedy Space Center (KSC) is constructing a Deployable Launch System (DLS), marked by work at the famous Pad 39B complex. Designed to support small class launch systems, the “Launch Pad in a Box” concept will utilize the Vehicle Assembly Building (VAB) and the former Hypergol Oxidizer Facility at the launch pad that will principally host the Space Launch System (SLS).

The Kennedy Space Center is now deep into its transition from the home of the Space Shuttle fleet into a multi-user spaceport.

After the pain of the Shuttle’s retirement, the green shoots of recovery are being found in the modernization and construction work ongoing at the spaceport.

KSC will soon be ready to provide a home base for a number of commercial launch companies and may eventually host crewed missions to Mars in the 2030s.

New tenants range from Orion, X-37 and CST-100’s processing requirements, through to the commercial use of the Shuttle Landing Facility (SLF). 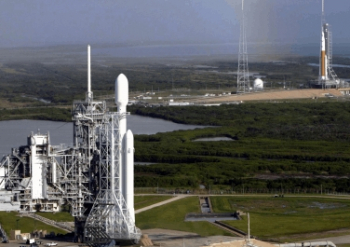 However, it’s KSC’s two iconic launch pads that are providing an exciting glimpse into the future.

Pad 39A is now deep into its preparations to host SpaceX’s Falcon Heavy processing and launch campaigns.

Pad 39B has already undergone a major revamp into a “clean pad”, in readiness to host the Space Launch System (SLS) from 2018 onwards.

However, part of the 39B complex is now being worked on under a project to attract small class launchers, utilizing KSC’s facilities before being launched from a mobile pad system. 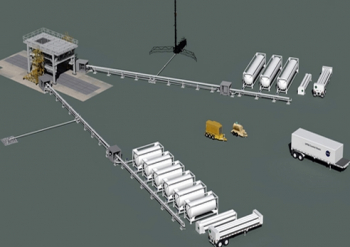 Known as the Deployable Launch System (DLS), the “launch pad in a box” concept is being developed to support small class (thrust<200k lbs) launch systems at 39B.

The small class vehicle infrastructure at KSC has the ability to support multiple processing concepts via vertical processing/integration in the Vehicle Assembly Building (VAB) before being taken from a ride on a wheeled flatbed transporter to the pad complex.

The DLS is depicted as being processed in the Transfer Aisle of the VAB. 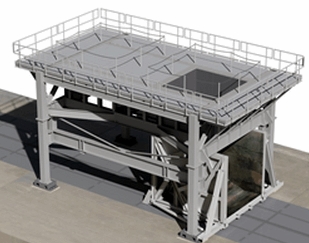 The DLS will use a Universal Propellant Servicing System (UPSS) with LOX and LCH4 pressure fed propellant transfer systems, up to three stage vehicle servicing and the option of expandable storage volume via commercially available ISO shipping containers.

The UPSS is also adaptable to other propellants, such as LH2 and Kerosene.

The facility will be available to both NASA and commercial operators, providing them an opportunity to utilize KSC’s famed facilities. 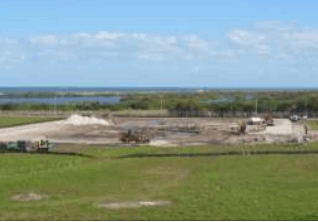 The work began at the end of 2014 and is expected to be complete by June of this year.

“The scope of this project is to construct a small class vehicle launch and test site to support NASA and potential external customers. This construction work is located at the former Hypergol Oxidizer Facility (J7-0490) at Launch Pad 39B,” noted L2 KSC Construction Information.

KSC Status Information (L2) notes the work is now 73 percent complete for the DLS at 39B.

It is not currently known how many customers have booked a launch campaign from the DLS.

Meanwhile, work is also taking place on the administration facilities – that will also be used to attract new customers – at the spaceport, with KSC’s offices also in the midst of being upgraded for the future.

Known as the Central Campus makeover, the project will take place in several phases.

The primary project in “Phase 1” is the ultra-modern Headquarters Building, a seven-story, 200,000-square-foot structure. The building is being designed to house about 500 people.

The site has now been cleared and is ready for Phase 1 construction to rise out of the ground, marked by the driving of pilings into the site (L2 Photos).