ASAP on board with Commercial Crew’s diversified portfolio

NASA’s key advisory body has heaped praise on the Agency’s Commercial Crew Program (CCP), claiming the “diversified portfolio” of its two major partners will satisfy the requirements of competition. The Aerospace Safety Advisory Panel (ASAP) believes it will provide a “blessing” to NASA when it faces a future decision of downselecting to one main provider of crew services to the International Space Station.

Fight for the Right to Transport Crew:

The ASAP provides advice to the NASA top brass on a regular basis. Its panel members tour around the major NASA centers and meets with key managers before providing its findings to Administrator Charlie Bolden.

Led by ASAP Chair, VADM (Ret.) Joseph Dyer, the panel focus on Agency direction, with a passion for pointing out NASA’s obligation towards crew safety requirements. The ASAP members don’t usually pull their punches, as seen during the Shuttle extension debates and the early days of the Commercial Crew drive.

However, a softening of the ASAP’s stance towards Commercial Crew has been observed over recent years, not least due to the current success of the program and the increasingly unpalatable reliance on Russia to provide the transportation requirements of NASA astronauts to an orbital outpost that was mostly paid for by the United States.

However, the ongoing mitigation of concerns relating to the certification process appears to be the main reason the ASAP’s turned its Commercial Crew frown upside down.

Minutes from the latest ASAP meeting claimed NASA is “engaging meaningfully” with the providers on the “challenges and processes” for certification, including disposition of waivers and deviations, while thanking the Agency managers for their “excellent in-depth and candid discussions”.

More interestingly, the minutes provide additional insights into the ASAP’s current mood setting for the state of the Commercial Crew Program.

With the NASA managers reinforcing the Panel’s belief in the value of maintaining competition in the Program, the ASAP praised the fact each provider brings very different approaches, philosophies, advantages, and risks to developing and building crew transportation.

While the two major CCP partners, SpaceX and Boeing, will actually join forces with the upcoming launch of the first International Docking Adaptor (IDA), they are both competitors in business and in the Commercial Crew arena. 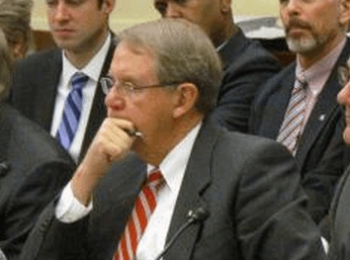 VADM Dyer cited that the competition between the two companies is providing NASA with the “blessing” of a diversified portfolio.

“There are two competitors: Boeing, who has a hundred year legacy, and SpaceX, a new company in the space business.

VADM Dyer also appeared to be against the notion of downselecting to one partner ahead of time, as has been intimated as a cost-saving option by some lawmakers. 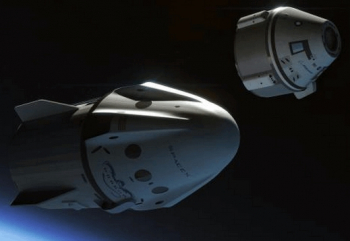 “The thinking there is: If you need a house, why would you want to build two houses? Why not select one?” added the minutes. “VADM Dyer opined that it is a ‘very complicated house.’ The ASAP believes that competition brings the best of both providers to the fore.

“It also allows NASA to watch these two approaches and companies mature before making a downselect. The Panel stands foursquare in support of competition, as does NASA.”

It was also notable that NASA managers responded by stressing the ongoing discrepancy between the requested budgets for the Program and what has been appropriated.

With the two companies under fixed-price contracts, it was noted that it is important for all to recognize that if NASA does not receive the appropriations that it is counting on, it will have a very significant impact on schedule, and we will end up relying on the Russians beyond the 2017 target. 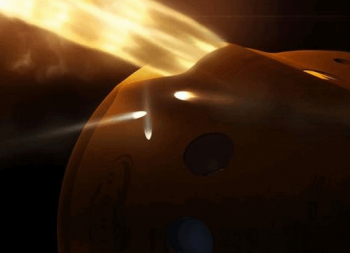 The current state of play shows SpaceX in pole position to conduct the first test mission to the ISS. That Dragon 2 mission, designated SpX-DM1, has a December, 2016 launch date, ahead of a 30 day mission ending with a parachute assisted landing in the Pacific ocean.

“This is the first major flight test for a vehicle that will bring astronauts to space for the entire Commercial Crew Program,” noted Gwynne Shotwell, president of SpaceX. “The successful test validated key predictions as it relates to the transport of astronauts to the space station.

“With NASA’s support, SpaceX continues to make excellent and rapid progress in making the Crew Dragon spacecraft the safest and most reliable vehicle ever flown.” 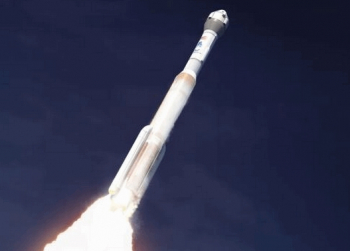 For Boeing, its CST-100 will first launch on an uncrewed test flight to the Station via the Boe-OFT mission in April, 2017 – on a 30 days mission, ending with a parachute assisted return.

The CCP recently ordered the first NASA crew rotation mission (USCV-1) from Boeing, with SpaceX expected to receive its first order later this year, with the determination of which company will fly its mission to the station first to be made at a later time.

It is hoped an arrangement can be reached where both commercial crew providers will remain available to NASA over an extended period of operational capability deep into the 2020s, in turn providing redundancy. However, this will depend on future – unknown – funding allocations at the political level.