An international Earth observation satellite has come to the end of its mission, after the power and attitude control system for the SAC-D spacecraft stopped working. Launched by the United Launch Alliance (ULA) Delta II rocket in 2011, the spacecraft was launched for Argentine space agency, CONAE – but also hosted NASA’s Aquarius instrument, which had achieved all of its primary mission goals late last year.

The spacecraft was launched in June 2011 from Space Launch Complex 2W at the Vandenberg Air Force Base in California.

SAC-D, or “Satelite de Aplicaciones Cientificas D”, was the fourth in a series of Argentine scientific satellites, the first of which, SAC-B, was launched in November 1996. SAC-B was intended to study solar flares, x-rays and gamma ray bursts.

SAC-D was an international collaboration between NASA and CONAE, with participation from Brazil, Canada, France and Italy. 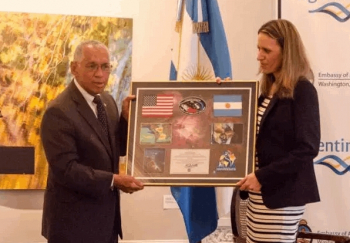 The fourth anniversary of the mission was marked by NASA Administrator Charles Bolden’s address at the Argentine Embassy.

“This mission represents two international partnerships and it has been a tremendous collaborative success story through which both Argentina and NASA contribute to a better understanding of climate change and its impacts on the earth and society.”

Aquarius was designed to study the salinity of the Earth’s oceans by means of three radiometers and a radar scatterometer. With a mass of 320 kilograms, it was designed to operate for three years. 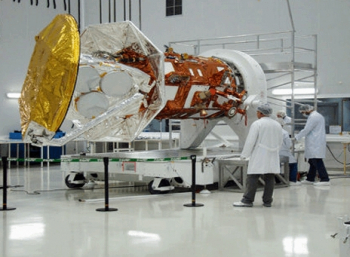 Salinity information is critical to improving our understanding of two major components of Earth’s climate system: the water cycle and ocean circulation.

By measuring ocean salinity from space, Aquarius provided new insights into the massive natural exchange of freshwater between the ocean, atmosphere and sea ice, which – in turn – influences ocean circulation, weather and climate.

Aquarius data also were integral to the Salinity Processes in the Upper Ocean Regional Study (SPURS), a year-long international field study of the oceanographic processes that sustain the maximum surface salinities in the central subtropical North Atlantic, and influence global ocean circulation. 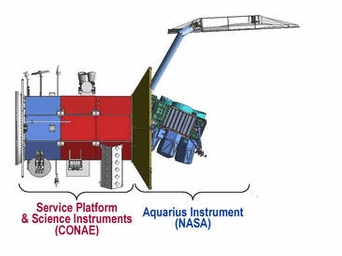 “The Aquarius sensor collected three years and nine months of valuable data,” noted Aquarius principal investigator Gary Lagerloef of Earth & Space Research, Seattle. “It was truly a pioneering effort to determine how accurately we could measure ocean salinity from space and for the first time study large and small-scale interactions of the global water cycle.”

Five CONAE experiments were also launched aboard the spacecraft. The Microwave Radiometer, MWR, provided measurements of the wind, precipitation and sea ice conditions, and the amount of water vapor in the air; data which was used to supplement that collected by Aquarius.

The New Infrared Scanner Technology experiment, or NIRST, was an instrument that measured temperatures on the surface of the Earth. It was operated jointly by CONAE and the Canadian Space Agency, and was primarily used to detect fires, and to record sea temperatures in support of Aquarius.

The High Sensitivity Camera (HSC) was used to image aurorae, fires, and the light emitted from cities. A Data Collection System (DCS) payload aboard the satellite was used to collect and relay data from ground-based weather stations.

The fifth CONAE experiment was the Technology Demonstration Package which was used to demonstrate whether a GPS receiver can be used to determine the location, velocity and rotation rate of the spacecraft. 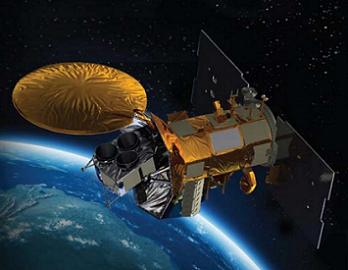 The Radio Occultation Sounder for Atmosphere (ROSA) instrument was operated by the Italian space agency, ASI. It used GPS occultation to measure the pressure, temperature and humidity of the atmosphere. Finally, SAC-D carried two instruments for the French Space Agency, CNES, namely ICARE-NG and SODAD, collectively known as CARMEN 1.

ICARE-NG – a 2.38 kilogram instrument – was used to study electron and proton flux in space, and their effects upon instruments.

Preliminary indications are that an onboard hardware component called a Remote Terminal Unit (RTU) shut down, which caused the loss of onboard power regulation and spacecraft attitude stabilization, ending the mission.

(Images via NASA and CONAE)