The first of four next-generation weather satellites has completed assembly at Lockheed Martin. The new Geostationary Operational Environmental Satellite “GOES-R” will launch atop an Atlas V rocket in early 2016, ahead of providing significant improvements to monitoring the weather conditions over North America.

The history of weather satellites working in geostationary orbits reaches back to the Delta 2914 launches of SMS-1 and SMS-2 in the mid-1970s.

Those two spacecraft paved the way for the GOES program and a continual evolution in technology that has revolutionized weather monitoring and forecasting – one of the numerous benefits provided by space flight technology to people on Earth. 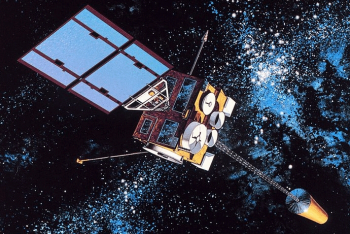 A large fleet of GOES spacecraft remain in space to this day. Most are either inactive or re-purposed, with GOES-3 no longer watching the weather but providing a communication links between the United States and Amundsen-Scott South Pole Station.

GOES 12 through 15 are currently classed as active, with the latter the latest to launch back in 2010, atop the United Launch Alliance (ULA) Delta IV.

GOES-P – as it was known during its checkout period – became the sixteenth spacecraft in the GOES fleet, and the last of the three current-generation GOES-N series spacecraft for the National Oceanic and Atmospheric Administration (NOAA). 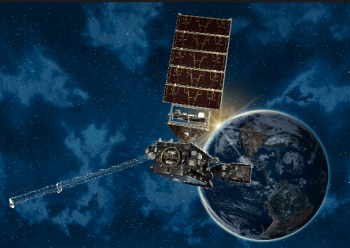 GOES-R will be the next evolution and will ride to orbit on the ULA Altas V out of Cape Canaveral in March of next year.

This new satellite will provide higher-resolution images of weather patterns and severe storms five times faster than is currently available, which will contribute to more accurate and reliable weather forecasts and severe weather outlooks.

One such example is its ability to provide images of weather pattern and severe storms as frequently as every 30 seconds.

A key step towards its launch campaign was recently achieved at Lockheed Martin’s facilities near Denver, with the company confirming on Wednesday that the spacecraft has completed its assembly phase.

“Now that the first GOES-R Series satellite is complete and environmental testing is underway, we’re one step closer to providing a necessary upgraded capability to NOAA and our nation.”

That next phase of the processing flow for the satellite will involve a trip to a 65 foot-tall thermal vacuum chamber. 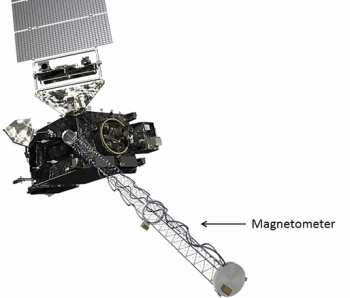 Over the next two months, the satellite will be powered-on, tested in a vacuum and exposed to extreme cold and heat.

The satellite will also undergo a variety of additional tests including reverberant acoustic, separation and deployment shock, vibration, and electromagnetic interference and compatibility testing.

Lockheed Martin also designed and built the Solar Ultraviolet Imager and the Geostationary Lightning Mapper instruments that will fly aboard each of these new spacecraft. 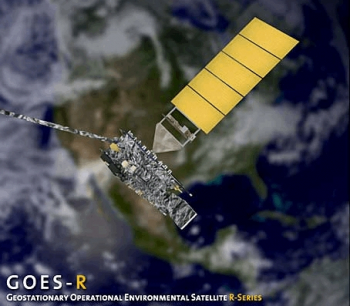 The satellite will be able to operate through periodic station-keeping and momentum adjust maneuvers, which will allow for near-continuous instrument observation.

The GOES-R series operational lifetime extends through December 2036, with the final satellite in the new fleet scheduled to launch in 2025.

GOES-S will launch one year after GOES-R, both riding uphill on ULA’s Atlas V in her 541 configuration out of Cape Canaveral Air Force Station.

(Images via Lockheed Martin and NOAA).