SpaceX has conducted a Static Fire of its Falcon 9 v1.1 on Friday, a key milestone ahead of Sunday’s planned launch of the CRS-7/SpX-7 Dragon to the International Space Station (ISS). The mission will help restock the orbital outpost with vital supplies, highlighted by an investigation into high Total Organic Carbon (TOC) levels in the Station’s potable water.

Following the successful launch of the CRS-6/SpX-6 mission in April, SpaceX will aim to make it two Dragon missions in a row with Sunday’s mission.

The initial launch date slipped a few days due to an issue suffered during the processing flow. 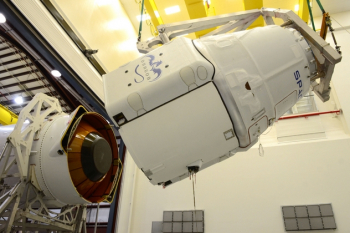 It is understood the CRS-7 Dragon suffered from a problem during the mating process with her Falcon 9 rocket inside the hanger at SLC-40.

That issue was soon resolved, allowing for a renegotiation of the launch date with the ISS program.

Now into the business end of the flow, the Static Fire test is an important requirement to allow SpaceX management to approve the launch.

The Static Fire was conducted late in the available window, at 4pm Eastern – per L2’s Static Fire coverage. 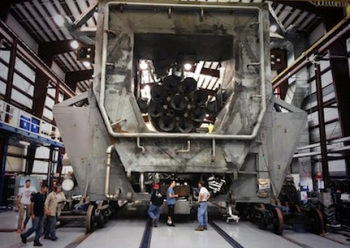 With the required engine and vehicle data collected, detanking operations follow, before the rocket is lowered on to the Transporter Erector (TE) and rolled back to the hanger.

Next up will be a data review, which will be fed into the Launch Readiness Review (LRR) – a key meeting that will ultimately confirm the launch date.

The launch itself has the additional challenge of an instantaneous launch window, due to the mission targeting a path toward the International Space Station.

The current target calls for a T-0 at 10:21 local time on Sunday, with an alternate launch of Monday at 09:58 local time. The weather outlook for Sunday’s attempt is highly favorable, with a forecast of 90 percent for acceptable conditions. 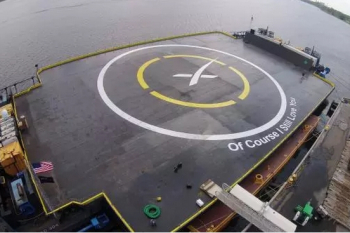 The Falcon 9 v1.1 will once again sport landing legs as the latest attempt to land and recover the first stage will be conducted.

SpaceX has been making impressive progress towards the goal of nailing a propulsive landing of the core stage on its Autonomous Spaceport Drone Ship (ASDS), with this latest attempt involving the debut of the new ASDS named “Of Course I Still Love You”.

A successful landing will increase the odds of allowing the first stage involved with the upcoming Jason-3 mission to make an attempt to land on a pad at the Vandenberg Air Force Base – while an ASDS will also be on call. Source information notes a decision to shoot for a landing on land or the ASDS could be made as late as T-30 minutes during the countdown on launch day.

As always, the primary mission objective is always focused on the payload, with the successful launch of the CRS-7 Dragon the ultimate goal of Sunday’s launch.

The Dragon is once again filled to the brim with over 4,000 pounds of vital supplies for the Station.

This includes including critical materials for the science and research investigations that will occur during Expeditions 44 and 45.

“Research continues to support the twins study and one-year mission investigations with NASA astronaut Scott Kelly. This mission also is launching more than 30 student experiments, all of which are flying to the U.S. National Laboratory managed by the Center for the Advancement of Science in Space (CASIS).”

Dragon is also lofting a pair of Microsoft HoloLens glasses that will be tested by the Station’s crew. 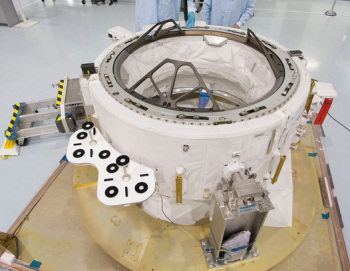 The first of two International Docking Adapters will also be riding uphill on the CRS-7 mission.

The Boeing-built hardware will enable the docking of commercial crew spacecraft, including the Boeing CST-100 and Dragon’s crew-capable sibling – the Dragon 2.

It will be removed from the Trunk section of the Dragon by the Station’s robotic assets during the docked phase of the mission.

Dragon’s arrival will also employ the helping hand of the Canadian-built robotic arm, as Expedition 44 Flight Engineer Scott Kelly will grab the SpaceX ship via the Space Station Remote Manipulator System (SSRMS) on Tuesday, via the controls of the Robotic Work Station (RWS) in the Cupola module.

Preparations for this berthing event are almost complete, preparations that began with the SSRMS (Space Station Remote Manipulator System) walkoff from the Lab to Node 2 Power Data Grapple Fixture (PDGF).

That was followed by the calibration of the ISS cameras that will “Tally Ho” Dragon as she closes in on the orbital outpost and enters the KOS (Keep Out Sphere).

“The purpose of the calibration is to make sure that the overlays displayed by the RWS line up properly with the video images during SpaceX-7 approach and capture. The activity gathered data on the camera pan and tilt calibration. Using this data, ground teams determined that the camera calibrations are within limits and no adjustments are needed.”

The supply run will aid the Station’s reserves, a finite ballet of logistics that rely on an array of vehicles.

While there is always a healthy level of reserves, the loss of the Russian Progress M-27M spacecraft – along with the continued grounding of the Cygnus spacecraft and retirement of the ATV – has placed an additional strain on the obvious requirement of success from the Dragon CRS missions.

Other unexpected issues can also play a part in the outlook for the Station’s ability to support her six member crew, with one such issue highted over the past few days.

The problem relates to high Total Organic Carbon (TOC) levels in the “potable water” supplies for the Station. 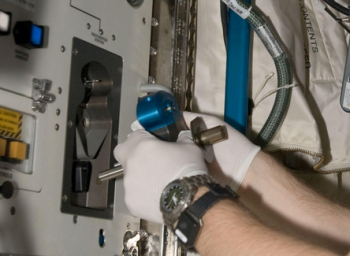 “Per ground team recommendation, the crew obtained an ~800mL archival sample at the PWD for ground testing and is scheduled to perform a Total Organic Carbon Analyzer Water Recovery System (TOCA WRS) reading on the PWD supply. Further actions/troubleshooting will be determined once these samples are analyzed.”

Audio on the ISS flight note noted some of the US crew were given permission to utilize the Russian segment’s water supplies while troubleshooting with the potable water was being conducted. 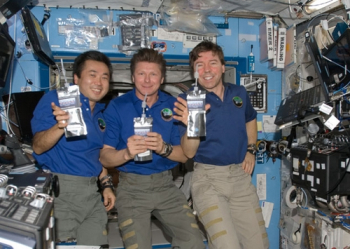 An L2 update later this week added that the TOC readings remain “high” during the most recent analysis of the samples. However, a Failure Investigation Team (FIT) had concluded the water was acceptable for consumption.

There are a number of possible causes for the TOC readings to rise, according to a former ISS engineer posting in L2.

“The most serious would be a form of biofilm – such as an algae colony – forming in an area of tubing or plumbing in a location where water flow stagnates or where biocides can’t linger long enough to clean properly – such as around bends or corners – or a place where there is a small protrusion or imperfection on the inside wall of a tube or subassembly,” he noted.

Additional samples will be taken next week. However, thanks to Visiting Vehicles such as Dragon, additional water reserves will soon become available, along with the capability to return suspect hardware back to Earth should the investigation require such an action.