With three years to go until the debut launch of the Space Launch System (SLS), RS-25 engine E0525 conducted its third SLS-related firing this week, part of a test regime that is utilizing colder liquid oxygen temperatures and greater inlet pressures. A family of RS-25s – most of which are veterans from the Space Shuttle Program (SSP) – are preparing for one final role with the monster rocket.

The Stennis Space Center (SSC) is the main test site for not just NASA engines, but increasingly for commercial partners.

It has hosted AJ-26 engine testing ahead of – and during – their involvement with the Antares rocket, with the importance of testing highlighted via a couple of test stand failures that have provided important data for the investigation into the loss of the ORB-3 mission. 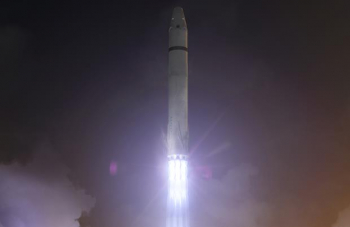 Specific details into the testing remain sketchy due to the highly notional information surrounding this program. However, Stennis testing is understood to involve 3D-printed injector hardware being put through its paces.

Numerous other engines, such as Blue Origin’s BE-3, have also made the pilgrimage to Mississippi.

The RS-25 engines are no strangers to Stennis, having enjoyed over three decades of testing at the famous site that also have a major role with the Apollo program.

Although the end of the Shuttle era threatened to be the finale to the engine’s career, the RS-25’s are now fully back into the fold with the Space Launch System. 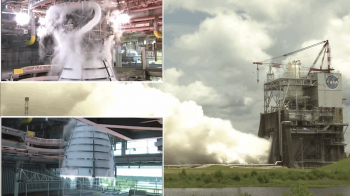 A large SLS-related test series began at the start of the year, utilizing Engine 0525 – ironically an engine that has never flown in space, given it was one of two development engines used for component testing on Stand A-2 to support shuttle flights.

With a second test conducted in May, the third was completed on Thursday evening – as testing is ramped up for the coming months.

L2 information shows at least seven tests are now scheduled, with the last of this current series scheduled for September 1 – all involving E0525. 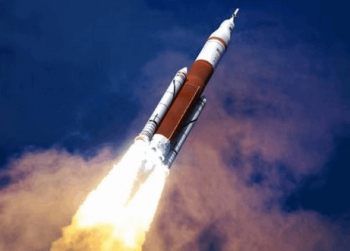 “While we are using proven space shuttle hardware with these engines, SLS will have different performance requirements,” noted Steve Wofford, manager of the SLS Liquid Engines Office at the Marshall Space Flight Center (MSFC).

“That’s why we are testing them again. This is a whole new ballgame – we need way more power for these engines to be able to go farther than ever before when it comes to human exploration. And we believe the modifications we’ve made to these engines can do just that.” 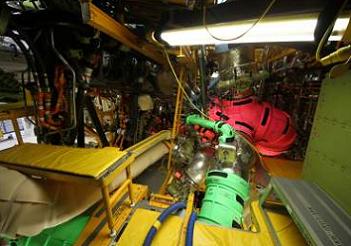 The changes relate to improvements to the unit and the alteration to the path from the Main Propulsion System (MPS) to the business end of the engine.

Notably a large amount of Shuttle MPS hardware was donated to SLS by the retired orbiters.

The tests are working with colder liquid oxygen temperatures; greater inlet pressure due to the taller SLS core stage liquid oxygen tank and higher vehicle acceleration; and more nozzle heating due to the four-engine configuration and its position in-plane with the SLS booster exhaust nozzles. 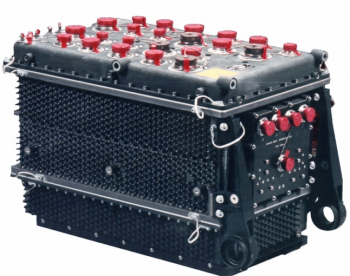 Brand new Engine Controllers (MECs) will become a major part of the test objectives while a new ablative insulation and heater system will also be tested.

“We have several objectives that will be accomplished during this test series, which will provide critical data on the new engine controller unit, materials and engine propellant inlet pressure conditions,” added Mr. Wofford.

The SLS program now has 16 RS-25 engines that are set to fly.

With the addition of the new flight engine E2063, recently constructed from spares, the majority of SLS’ flight engines are veterans of the Shuttle Program. 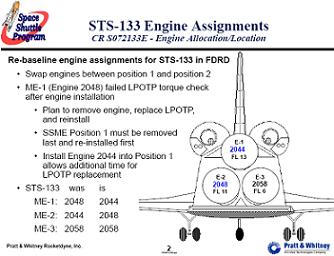 All of these engines will now get to fly one more time, on the core stage of the SLS. 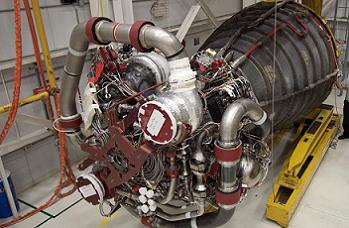 Per L2 information, all of the Block II RS-25Ds can now be accounted for. 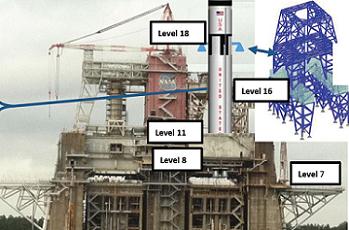 These four engines will undergo Green Run testing on the B-2 test stand at Stennis, the first time four RS-25 engines – on the first Core Stage – will be fired for a full mission duration of approximately 500 seconds.

Several additional engines have also been ordered from RS-25 contractor and manufacturer, Aerojet Rocketdyne – which are engine sets formerly known as the RS-25E, a cheaper, expendable version of the engine. Details on this transaction remain under embargo.

Images: NASA and L2 artist Nathan Koga via L2’s SLS sections, which includes, presentations, videos, graphics and internal – interactive with actual SLS engineers – updates on the SLS and HLV, available on no other site.)