Arianespace was back in action on Wednesday with its Ariane 5 successfully launching the Meteosat Second Generation-4 (MSG-4) and Star One C4 satellites. Launch from the European Spaceport in Kourou, French Guiana was on schedule at the start of a 37 minute launch window that opened at 9:42pm UTC.

A total of six Meteosat First Generation meteorological platforms were orbited on flights performed through to September 1997.

The first in the series of the second-generation spacecraft, MSG-1 – also known as Meteosat-8 – was launched in 2002. MSG-2 followed three years later.

The third satellite, MSG-3/Meteosat-10, was launched by an Ariane 5 when it rode uphill with EchoStar XVI during a 2012 launch.

After launch, MSG-4 will be stored in orbit. It will be named Meteosat-11 when it becomes operational to bridge the gap between Meteosat-10 and the initial Meteosat Third Generation (MTG) spacecraft – which are scheduled to be orbited in 2019 and 2021. 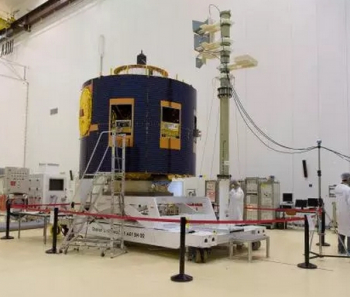 Produced by a Thales Alenia Space-led European consortium, MSG-4 will be operated by EUMETSAT (the European Organisation for the Exploitation of Meteorological Satellites).

The satellite’s primary instrument is the Spinning Enhanced Visible and Infra-red Imager (SEVIRI), which builds images of the Earth’s surface and atmosphere in 12 different wavelengths once every 15 minutes.

Four of the 12 SEVIRI channels look at sunlight reflected from the Earth’s surface and clouds, while the remaining eight are designed to monitor thermal infrared wavelengths. 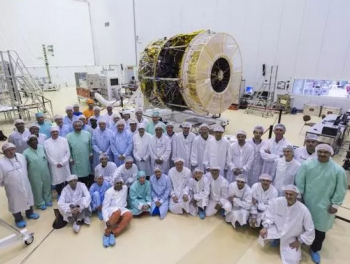 Meteosat Second Generation spacecraft are 3.2 meters in diameter and 2.4 meters tall, with an in-orbit mass of 1,200 kg – and operate in a geostationary orbit at 36,000 km above the equator

The co-passenger during this launch is the Star One C4 spacecraft.

Produced by SSL (Space Systems/Loral), the satellite is a part of the third generation of Embratel Star One spacecraft, which ensure the continuity of telephone, television, radio, data transmission and Internet services in Brazil, in addition to expanding these services to Latin American countries and mainland United States. 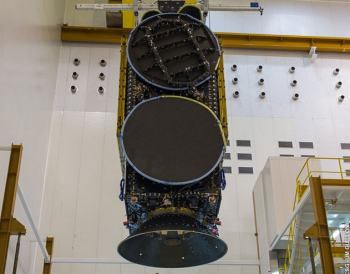 The satellite will be placed in a hot spot location for transmitting signals of major TV stations in Brazil and will have 22-25 million parabolic antennas pointed in its direction.

Star One C4 features 48 transponders in Ku-Band, increasing threefold the current capacity of the 70 W orbital position at this frequency band including the use of BSS.

The launch marked the 50th SSL mission with Arianespace.

“Embratel Star One and SSL share a commitment to improving Latin America’s communications infrastructure and providing exceptional service,” noted John Celli, president of SSL. “Star One C4, which is an advanced and powerful satellite, also has special significance to SSL as our 50th mission with Arianespace.” 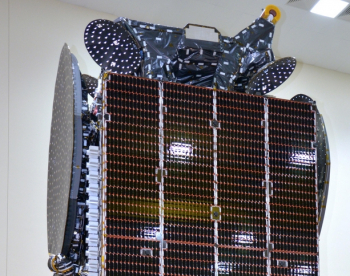 Star One C4 is based on the SSL 1300 platform, which provides high-power and the flexibility to support a broad range of applications and technology advances. The satellite will be positioned at 70 degrees West longitude when launched and is designed to provide service for 15 years or more.

“The new satellite will reinforce our DTH services in Brazil while expanding access to other Latin American countries and to the mainland United States,” added Gustavo Silbert, President of Embratel Star One.

Embratel Star One has a fleet of seven satellites. It operates four GEO satellites (Star One C1, C2, C3, and BRASILSAT B4), and two in inclined orbit (BRASILSAT B2 and B3), with a main ground station located in Guaratiba (Rio de Janeiro – Brazil).

The Star One C4 together with the C1, C2, C3 and C12 are part of the third generation of satellites. 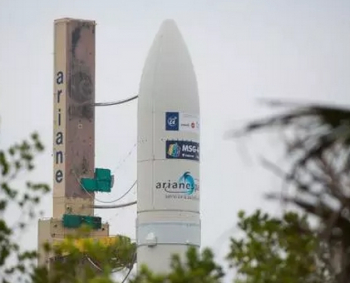 Ariane 5 delivered a total lift performance of more than 8,580 kg including a combined total of approximately 7,600 kg for its Star One C4 and MSG-4 satellite passengers, plus the workhorse vehicle’s dual-payload deployment system and integration hardware.

The launch date was slightly delayed due to a processing flow issue that involved suspected contamination (oil) that had apparently dripped onto the vehicle during mating.

The teams at Kourou subsequently cleared the vehicle and satellite hardware to allow the flow to press on towards the realigned launch date.

MSG-4 was located below Star One C4 in the launcher payload arrangement. As such, Star One C4 was deployed first in the flight sequence at more than 28 minutes after liftoff. MSG-4 separated from Ariane’s upper stage about 12 minutes later.

The mission marked the company’s sixth liftoff performed from the Spaceport in 2015 – coming after two each using Ariane 5 and the lightweight Vega, plus one with a medium-lift Soyuz.