A Russian Soyuz FG rocket successfully launched the Soyuz TMA-17M spacecraft on a six-hour launch-to-docking mission on Wednesday. Launch from the Baikonur Cosmodrome occurred at 21:02 UTC, followed by a successful docking with NASA’s Kjell Lindgren of NASA, Oleg Kononenko of Roscosmos and Kimiya Yui of JAXA – despite the Plane 4 (Port) array failing to deploy en route, before finally deploying upon docking.

This latest Soyuz crew mission was realigned as part of the evaluations into the near-term manifest following the Progress M-27M failure.

Although the Progress issue was caused by a problem relating to the Soyuz 2-1A launch vehicle, the Russians – and ISS partners – proposed delaying the departure of Terry Virts of NASA, Anton Shkaplerov of Roscosmos and Samantha Cristoforetti of the European Space Agency until the second week of June, in turn providing them with another month on the Station.

Roscosmos also evaluated the potential to advance the Progress M-28M launch to the beginning of July.

Both milestones events were completed without issue. However, the manifest changes also altered the Soyuz TMA-17M launch date, eventually moving it to July 22.

Preparations for the launch have proceeded relatively smoothly, despite Russian media reports this week that the mission could have been delayed by a day due to a claimed issue with the launch vehicle.

However, Roscosmos were quick to allay fears of a slip, noting the vehicle was in good shape to conduct the launch on Wednesday. The State Commission then provided the official approval for launch during the countdown.

Launching on the veteran Russian spacecraft was NASA’s Lindgren, who hails from the Midwest but spent most of his childhood in England. Incidentally, one of the back-ups for this current crew is Tim Peake, who will become the UK’s first “government-sponsored” astronaut and will be flying to the ISS at the end of this year on Soyuz TMA-19M. 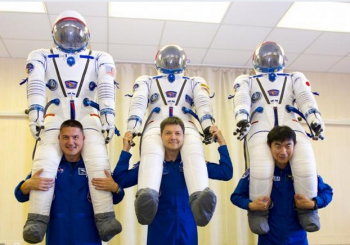 A graduate of the US Air Force Academy in Colorado Springs and Colorado State University in Fort Collins, Lindgren began working as a flight surgeon at NASA’s Johnson Space Center in Houston in 2007 before his selection to the astronaut corps in 2009.

Yui is taking part in his first space flight although he has already served as an aquanaut aboard the Aquarius underwater laboratory during the NEEMO 16 undersea exploration mission in 2012. The latest NEEMO mission began this week. 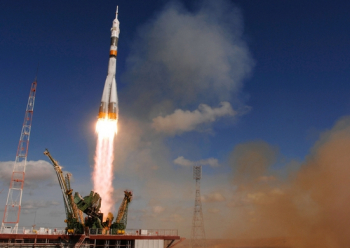 Kicking off the mission for the three crewmembers was the launch of the Soyuz FG from Baikonur before the Soyuz TMA spacecraft is tasked with achieving a fast-track six-hour journey to rendezvous with the Station.

Following the launch, Soyuz TMA-17M was immediately tasked with performing the first two engine burns on its first orbit of the Earth, which are pre-programmed into the Soyuz’s on-board computer prior to launch.

However, despite some confusing miscommunications first noting a problem with an array deployment, prior to an apparent confirmation both arrays had deployed, around an hour after launch controllers in Moscow admitted there was an issue with the Plane 4 (Port) array. 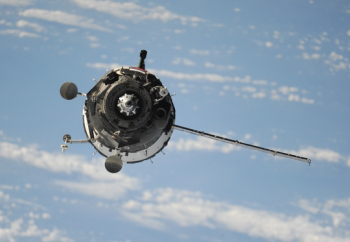 It appears the array did not deploy as planned, the fourth such occurrence in Soyuz history, the most recent being the Soyuz TMA-14M mission, which resulted in the array deploying after docking.

Soyuz continued on track for its six hour trip to the ISS without issue, with further burns, such as Dv3 and Dv4, available to correct booster performance discrepancies had they been required.

With all priority tasks going to plan, the second orbit allowed for additional orbital parameters to be uplinked from a Russian Ground Site (RGS), ahead of a further eight rendezvous burns that will be performed over the following five hours of flight. 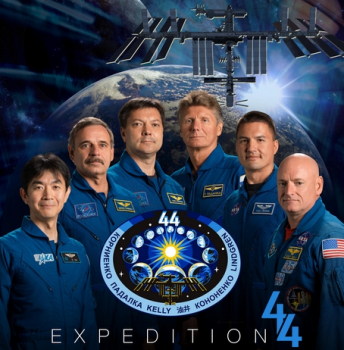 The Soyuz TMA-17M then entered the vicinity of the ISS to aim for a docking with the station’s Rassvet module.

Following soft dock, the hooks and latches were driven to secure the Soyuz firmly to the ISS, known as hard dock.

As with Soyuz TMA-14M, with the ISS crew visually noted the port array had actually deployed upon docking.

Once all leak checks were completed, the hatches opened ahead of greetings with the Expedition 44 crew, which includes NASA astronaut Scott Kelly and Roscosmos cosmonauts Mikhail Kornienko and Gennady Padalka.

Kelly and Kornienko are currently working through their one-year mission on the Station, in a milestone study to learn how long duration space flight impacts on the human body and mind – a vital exercise ahead of the proposed long duration crewed missions into deep space.

(Images via NASA, Roscosmos and L2).