Following from their Mars-500 “long duration” simulation in 2011-2012, the Institute of Biomedical Problems in Moscow, Russia, has announced plans to perform an all-female simulated eight-day lunar circumnavigation mission by the end of 2015. The test and flight simulation project is called “Луна-2015” (Moon-2015).

In early July, the Institute of Biomedical Problems (IBMP) announced it would use the facilities created for the marathon “Mars-500” simulation project in 2011/12. The new mission, Moon-2015, will simulate an eight-day round trip to lunar orbit and return to Earth. 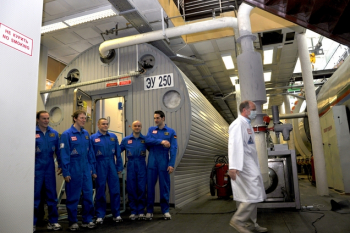 Currently scheduled for October-November 2015, the experiment will differ from the Mars-500 venture not just in duration but most notably in crew composition.

For Moon-2015, all the participants will be women, drawn from the staff at IBMP itself.

In their July announcement, IBMP named the ten volunteers from whom the actual crew will be chosen.

All have strong scientific, medical or research backgrounds and many have worked in the space or aviation medicine sphere, working closely with cosmonauts before or after visits to the International Space Station (ISS).

IBMP was quick to emphasize that the project’s use of an all female crew does not signal a plan by the Russian Federal Space Agency, commonly referred to as Roscosmos, to select female cosmonauts for future lunar missions — though the project does carry the support of Roscosmos itself.

Nonetheless, IBMP will gather information on female responses to isolation, cohabitation, crew functionality, and other characteristics of spaceflight during the eight-day simulation. 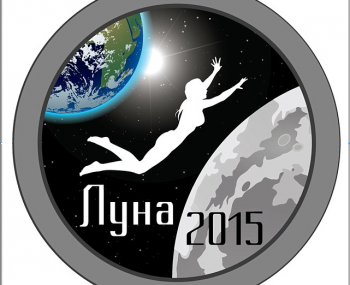 Currently, Moon-2015 is planned to begin on 27 October, by which time the final group of six crewmembers will have been selected from the initial ten volunteers.

The crew of six will notably include a medical officer — a position that would be vital on long-term space missions.

To help chose which six of the ten volunteers will ultimately participate in the eight-day simulation, a series of selection processes based upon the real cosmonaut selection regime will take place in September and October.

In order to maintain the simulation’s value in terms of real-life application, the six volunteers selected for final participation will have similar medical, physical and physiological characteristics as a real space crew.

Since the public announcement in July, several potential members of the simulation crew have discussed their qualifications and backgrounds for the mission with Tony Quine for NASASpaceflight.com. 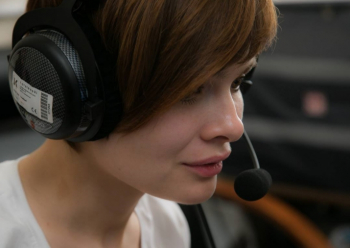 One potential crew member is Anna Kussmaul, a 33 year-old geneticist whose PhD dissertation focused on aviation, space and sea medicine.

According to Kussmaul, “I think my experience in similar projects as a manager will help better organise the co-ordination of interaction with the ‘Earth’ and the skills acquired during the activity to promote scientific advances.”

At 34, Dr. Elena Luchitskaya has worked at IBMP since 2005 in the laboratory of the autonomic regulation of the cardio-respiratory system.

Among her many accomplishments, Luchitskaya has been responsible for scientific experiments on board the ISS as well as managing pre- and post-flight inspection of Russian crew members.

“As a physiologist, [it] will be interesting to involve myself and to help in carrying out any scientific experiments and tests,” stated Luchitskaya.

Specifically, Luchitskaya’s work with “on-board documentation, experience with hardware and equipment on the ISS, [and] carrying out experiments” make her an excellent candidate for the simulated moon mission. 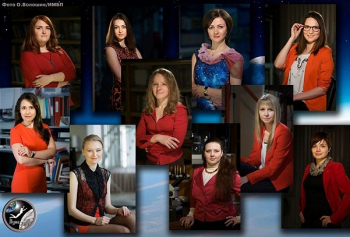 But IBMP is not just looking at veteran employees for Moon-2015. Several younger candidates are also under consideration.

In fact, one of the younger members of the potential crew is Mariya Maximova, a 24 year old with a master’s graduate degree in applied mathematics and physics.

Maximova, who is now an IBMP 1st year graduate student, is engaged in biophysics and cell biology, specifically the study of the role of the cortical cytoskeleton in cell mechano-reception and atrophic programs.

Asked about the most critical part of the Moon-2015 experiment, Maximova talked about the importance of preparations.

“Of course, the most critical part is the preparation, as with any experiment. If you prepare well and try to provide for the majority of emergency situations, everything else usually goes smoothly.” 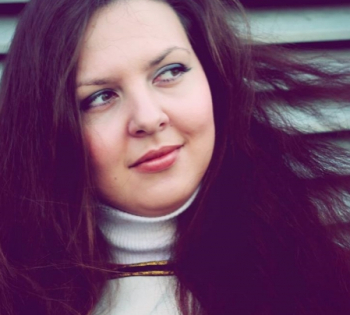 Joining Maximova on the younger-side of potential candidates, Star Trek fan Daria Komissarova is 27 and an ecologist.

Komissarova took part in experiments related to the development of the heterotrophic part of biological life-support systems and defended her PhD dissertation in June 2015.

At present, Komissarova works as a senior research scientist in IBMP and talked enthusiastically about the potential of Moon-2015 and her own hopes.

“As my scientific work [is] connected to biological life-support systems of spaceflights, it will be very interesting for me to test all from within an enclosed space.

“Firsthand experience could be helpful for me in further development of biological life-support systems,” stated Komissarova.

“As for my input in the project, considering that I am a biologist, it will be much easier for me to both be a part of the crew and help in organization of biological research, included in the scientific program.”

To Komissarova, “all parts of the project seem very important. Crew selection, the experiment itself, after-flight research are all equally significant.

“The main goal of the experiment is [the] imitation of [a] flight to the Moon. With such a goal, great responsibility rests on our crew.”

Potential for acceptance to cosmonaut program:

While IBMP has clearly stated that their all-female experiment in no way indicates preference from Roscosmos to choose female cosmonauts in their next round of cosmonaut selection in early 2016, both Maximova and Komissarova expressed qualified interest.

As Maximova explained, “On the one hand, it would be desirable. On the other hand, in front of cosmonauts are so many important tasks that my studies of molecular biology, which I really love, would have [to wait]. So I’d be at a crossroads.”

Likewise, Komissarova stated that “Previously I hadn’t thought of any possibility to become a cosmonaut. But medical selection in ‘Moon-2015’ is very strict; it is very close to the cosmonaut selection criteria. 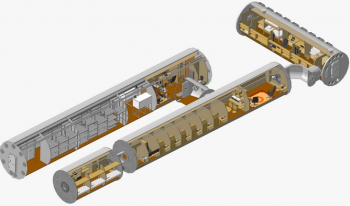 “To try my a hand through this project is very interesting for me, and perhaps, if everything shapes up well, I will move forward.”

Unlike Komissarova and Maximova, Kussmaul and Luchitskaya will both be over the age limit of 33 for 2016’s cosmonaut selection round.

However, two other potential Moon-2015 participants took the chance to throw their hats firmly into the ring for cosmonaut selection in 2016.

Inna Nosikova, born in 1986 in the town of Kaluga region Medyn, stated “Of course I want to be a cosmonaut, and I will definitely take part in the cosmonaut selection of 2016.”

Nosikova was an ambulance paramedic in Moscow while studying full-time to become a biophysicist.

“I believe that in orbit, my medical and scientific skills would be useful for the development and conducting of medical experiments in weightlessness,” Nosikova went on to state.

In addition to Nosikova, 25 year-old Natalya Lysova, a specialist in Physical Culture and Sports, is currently engaged in the prevention of adverse effects of weightlessness on cosmonauts during spaceflight.

Lysova stated that she has “already passed the initial cosmonaut medical examination and [plans] to apply formally to the new selection in 2016.”

“I’ve had the desire to become a cosmonaut since my first months of being at IBMP, working directly with cosmonauts, and being infected by their passion for spaceflight.”

(Further updates on this mission will be provided in the dedicated update area).

(Images via IBMP – with thanks to Oleg Voshinin Press Officer at IBMP and also to the candidates who participated in the online interviews.)