Due to customer demand, Virgin Galactic claims it has nearly doubled the amount of payload that customers can deliver to orbit on its LauncherOne system – ranging from 200 kg into the standard Sun-Synchronous Orbit, or 400kg to LEO – for less than $10m. The company claims it is now in the process of acquiring its own dedicated carrier aircraft for the system.

Virgin Galactic is continuing to rally from the SpaceShipTwo tragedy, with a new spacecraft now in production.

The LauncherOne system was announced back in 2012, classed as an air-launch system that would utilize SpaceShipTwo’s carrier plane “WhiteKnightTwo”. 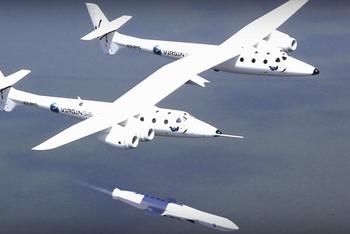 LauncherOne was revealed as a two-stage vehicle capable of carrying up to 500 pounds (225 kilograms) to orbit for prices below $10 million.

The rocket can be launched from a wide range of possible locations, tailored to individual mission requirements and weather conditions. Missions were scheduled to begin in 2016.

At the time of the announcement the company revealed contracts had already signed for payloads to be delivered by the system – along with what the company claimed were several dozen other interested parties. 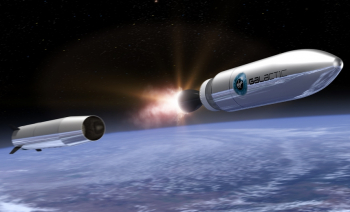 In updating the status of the system, Virgin Galactic claimed the robust demand from the growing small satellite market has led them to significantly increase the performance of its LauncherOne satellite launch service.

Virgin Galactic noted the performance increase has been achieved by increasing the tank sizing of the rocket, allowing for a higher performance engine.

Previously it was announced the company was shooting for payloads of 500 pounds (225 kilograms) to orbit – for $10 million. The latest information cites “LauncherOne will now be able to launch 200 kg into the standard Sun-Synchronous Orbit” – which is most commonly desired by small satellite missions.

This is what Virgin Galactic class as “a marked increase from the system’s originally projected performance to that orbit.”

The company added that customers will also be able to purchase further increases in performance to the same orbit, as well as launches that reach other altitudes or inclinations. To lower LEO orbits, the system will be capable of launching over 400kg of payload.

“The market has spoken, and we have listened: we have roughly doubled the payload for our customers without increasing the price,” noted Virgin Galactic CEO George T. Whitesides at the annual World Business Satellite Week in Paris.

“LauncherOne will be ready to meet the rapidly expanding needs of satellite startups, space agencies, and research institutions thanks to the investments we’ve already made in our engines, tanks, avionics, and our production infrastructure.”

Virgin Galatic also added it is in the final stages of acquiring a commercial aircraft to add to its air-launch fleet, which includes WhiteKnightTwo, enabling both the increased payload capacity and significantly higher flight rate. The company expects to finalize the acquisition in the coming months 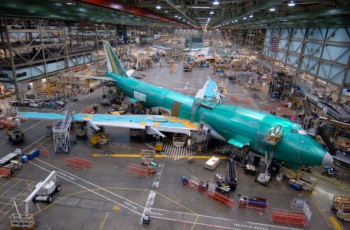 “Demand has become so significant that LauncherOne will have its own dedicated aircraft,” added Mr. Whitesides. “Small satellites are big business, and we look forward to supporting satellite innovators to make history in space and to improve lives here on Earth.”

LauncherOne’s customer base includes firms such as global communications company OneWeb, which Virgin Galactic recently signed to one of the largest commercial launch orders in history for flights of its internet service satellites on LauncherOne.

Virgin Galactic are currently developing the system with full, private funding already committed to the program, along with a dedicated and world-class team of 150 experienced aerospace professionals hard at work, and a state-of-the-art 14,000 m2 (150,000 square foot) manufacturing and design facility in Long Beach, California.

(Images via Virgin Galactic and Boeing)