Continuing its exploration at the ringed giant of the solar system, NASA’s Cassini spacecraft has completed a dive through the ice plume ejecta material of the Saturnian moon Enceladus. The dive, designed to collect data about the mysterious subterranean salt water ocean on Enceladus, took Cassini on its deepest dive ever into the mysterious plumes of the ice moon.

Following from several close encounters with Enceladus in recent years, NASA is in the midst of sending its tenured Saturnian spacecraft through a series of three close flybys  — the first of which occurred on 14 October — of the icy moon. 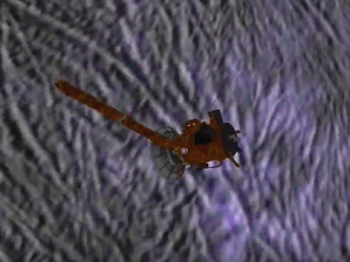 Wednesday’s flyby, the second and closest of the three flybys, took Cassini just 49 kilometers (30 miles) above the surface of Enceladus and directly into the deepest accessible parts of the moon’s southern ejecta plumes.

While this approach is not the closest the craft has ever come to Enceladus (that occurred in October 2008 when Cassini passed just 25 kilometers (16 miles) above the icy moon’s surface), it was the lowest-altitude with which Cassini will pass through an active ejecta plume.

And with good reason. This deep dive will allow Cassini to collect valuable scientific data regarding the subterranean aspect of Enceladus’ salt water ocean.

Specifically, Cassini scientists are hopeful that data from Wednesday’s flyby will provide evidence of how much hydrothermal activity is occurring in the moon’s subterranean ocean and how the amount of activity impacts the habitability of Enceladus’ ocean. 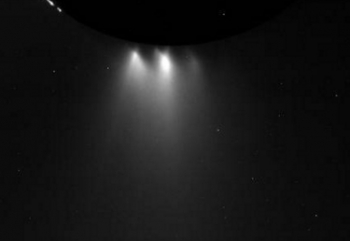 On Thursday, Cassini scientists confirmed the first data confirming the flyby had arrived, although images only began to arrive on Friday morning.

Early in its mission at Saturn, Cassini discovered Enceladus’ remarkable geologic activity, including a towering plume of ice, water vapor, and organic molecules spraying from its south polar region.

The discovery skyrocketed Enceladus into a unique and very small list of planets and moons holding the potential ingredients needed to support simple life.

At that point, Enceladus became a prime contender for consideration from Cassini as the spacecraft lives out the remainder of its life at Saturn — called the “Cassini Grand Finale” — leading to the end of the craft’s mission on 15 September 2017 with a destructive entry into Saturn’s atmosphere.

The choice to end Cassini’s mission with destruction instead of permanent placement into a stable orbit of Saturn outside of Phoebe’s orbit was chosen in part due to a lack of continued scientific possibilities from Cassini as well as the rising nature of habitability of Saturn’s moons and a direct corresponding need to protect those moons from possible contamination from Cassini. 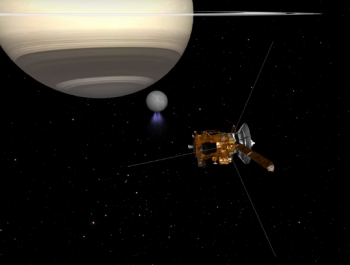 While the recent and upcoming flybys of Enceladus are not designed to detect life, they will provide powerful new insights about how habitable the ocean environment is within Enceladus.

To this end, scientists hope that Wednesday’s flyby will provide insights about how much hydrothermal activity — chemistry involving rock and hot water — is occurring within Enceladus, as this activity could have important implications for the potential habitability of the ocean for simple forms of life.

If the spacecraft’s Ion and Neutral Mass Spectrometer (INMS) instrument detects molecular hydrogen as it travels through the plume, scientists may get the measurements they need to answer these questions.

“Confirmation of molecular hydrogen in the plume would be an independent line of evidence that hydrothermal activity is taking place in the Enceladus ocean, on the seafloor,” said Hunter Waite, INMS team lead at Southwest Research Institute in San Antonio.

“The amount of hydrogen would reveal how much hydrothermal activity is going on.” 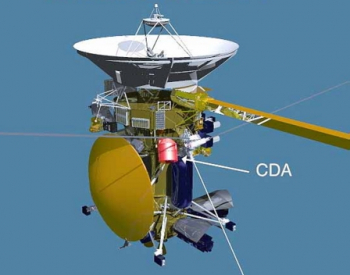 The low altitude of the encounter was, in part, intended to afford Cassini’s instruments — specifically, the Cosmic Dust Analyzer (CDA) — greater sensitivity to heavier, more massive molecules, including organics, than the spacecraft has observed during previous, higher-altitude passes through the plume.

The CDA, capable of detecting up to 10,000 particles per second from Enceladus’ ejecta plume, is expected to reveal how much material the plume is spraying from the moon’s ocean into the space around Saturn.

“There’s really no room for ambiguity,” said Sascha Kempf, a CDA team co-investigator at the University of Colorado at Boulder.

“The data will either match what our models are telling us about the rate at which the plume is producing material, or our concept of how the plume works needs additional thought.”

Understanding this aspect of Enceladus is imperative to understanding how long the moon as been active. 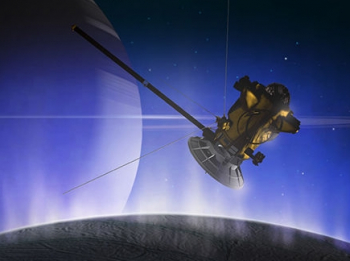 Likewise, the flyby was designed to help solve the mystery of whether Enceladus’ plumes are composed of column-like, individual jets, or sinuous, icy curtain eruptions — or a combination of both.

“Cassini truly has been a discovery machine for more than a decade,” said Curt Niebur, Cassini program scientist at NASA Headquarters in Washington.

“This incredible plunge through the Enceladus plume is an amazing opportunity for NASA and its international partners on the Cassini mission to ask, ‘Can an icy ocean world host the ingredients for life?'”

Given the importance to astrobiology, it will be several months before detailed findings of Wednesday’s flyby are announced.

In fact, Cassini will likely have completed the third and final of this series of close flybys of Enceladus on 19 December before results of the flyby are announced.