China launched another satellite in the military’s Yaogan Weixing series via the use of a Long March-4C (Chang Zheng-4C) rocket. The “YG-29” mission began with liftoff at 21:24 UTC on Thursday, from the LC9 launch complex at the Taiyuan Satellite Launch Center (TSLC).

The Chinese media reference satellites in this range as “new remote sensing birds that will mainly be used for scientific experiments, land survey, crop yield assessment, and disaster monitoring”.

However, as was the case in the last launches of the Yaogan Weixing series, western analysts believe this class of satellites is used for military purposes.

Yaogan-29 was launched by a Long March-4C launch vehicle. It was reported as the 219th launch of the rocket family known as the Chang Zheng in Chinese.

This launch was the 220th Chinese orbital launch, the 208th success and the 207th launch of the Long March launch vehicle family. 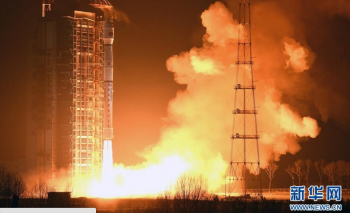 The stages of the rocket are transported to the launch centre by railway and offloaded at a transit station south of the launch complex. They were then transported by road to the technical area for checkout procedures.