NASA has awarded contracts to three American propulsion companies to aid the U.S. federal space agency with the development of advanced deep-space Electric Propulsion systems – including VASIMR – needed to one day transport astronauts to destinations beyond Low Earth Orbit (LEO).

As part of NASA’s phased approach to the development of technology and systems needed to carry astronauts on long-duration, deep-space missions, the agency’s Human Exploration Operations Mission Directorate’s (HEOMD’s) Advanced Exploration Systems (AES) division has committed to the “rapid development and testing of prototype systems and validation of operational concepts to reduce risk and cost of future exploration missions.” 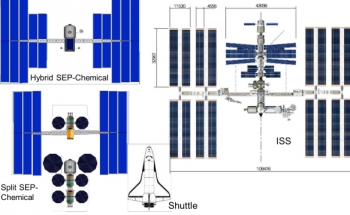 Part of this initiative includes the development of systems that will aid in the human and robotic exploration of Beyond Earth Orbit targets.

To do so, however, requires new propulsion systems that have previously been unnecessary for Near Earth Orbit exploration – where traditional chemical-based propulsion works best toward the short duration and relative close proximity of missions and their destinations.

To support the development of these new systems, a set of three objectives for in-space power and propulsion were developed.

According to the HEOMD’s AES status update from 4 November 2015, these objectives include the development of a 100 kW class Solar Electric Propulsion (SEP) system, as well as the development of technologies for “nuclear thermal propulsion to enable rapid transport of crew to Mars” and development of “high energy, modular power systems for exploration missions.”

To accomplish these objectives, NASA has contracted with three commercial companies to undertake a 100 continuous hour test of 100 kW electric propulsion systems

Additionally, progress is also being made on the development of “fuel elements, reactor concepts, and affordable ground testing methods” for nuclear thermal propulsion design.

To date, in addition to the contract awards already in place, NASA and its partner agencies have completed fabrication and testing of a new graphite composite fuel element for a 2,800K hot hydrogen flow system for potential nuclear thermal propulsion elements.

To accomplish all of the advanced propulsion goals, NASA awarded three contracts to Ad Astra, MSNW, and Aerojet Rocketdyne to develop “propulsion technology systems in the 50- to 300-kW range to meet the needs of a variety of deep-space mission concepts beyond capabilities currently being developed for ARM (Asteroid Return Mission) SEP,” notes the HEOMD AES presentation. 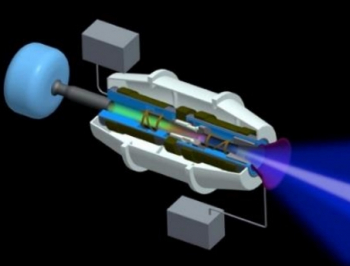 In all, the three private companies were chosen by NASA to develop – via fix-priced, milestone achievement contracts – an advanced electric propulsion (EP) system over a three year period.

These developed EP systems must have a broad specific impulse range of 2,000 to 5,000 seconds, an operational end-to-end total efficiency greater than 60%, and an in-space lifetime greater than 50,000 hours (with more than 10,000 of those hours specifically designed for operational use).

Moreover, the systems must have a total mass less than 5kg/kW.

In the final year of the contracts, all three companies are expected to be able to demonstrate an EP system with a “minimum of 100 hours of continuous operations at power levels of at least 100 kWs in a relevant TRL 5 (NASA Technology Readiness Level 5) environment.” 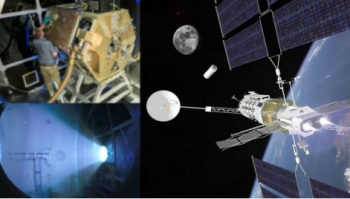 VASIMR propulsion technology uses radio waves to ionize and heat propellant and magnetic fields that in turn create a plasma that is then accelerated to create thrust for a spacecraft.

For Ad Astra, NASA awarded the Texas-based company a contract on 7 August 2015 – which will be in effect through 6 August 2018 with two, one year options.

Already, Ad Astra has revealed that it plans to complete all subsystems for their VASIMR test article by August 2016. 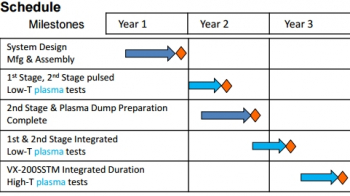 This process will take Ad Astra through the first year of its system design, which will then continue into the second year of operations and testing when the company will perform first and second stage low thrust plasma tests.

All of this work will lead to the third year of the contract, when an integrated duration high thrust plasma test is slated to occur.

Throughout Ad Astra’s three-year contract, the company will demonstrate a “5 single core VASIMR thruster with PPUs (Power Processing Units), the VX-200SS, in thermal steady-state for at least 100 continuous hours at 100 kW.” 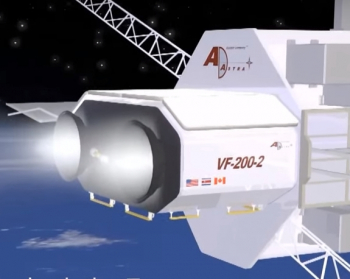 In addition to the $9.06 million USD contract from NASA, Ad Astra will also share approximately $11.78 million USD as part of the development process.

However, it is not just the Ad Astra company that NASA has turned to for development of new EP technologies. 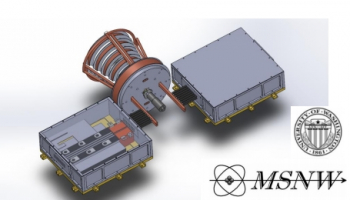 MSNW, whose contract will last until 16 September 2018, has a 36 month schedule which will see the first 6 months focused on thruster assembly.

By the 12th month of the contract, MSNW will have a full thermal engineering model of a 100 kW pulse operated thruster.

Two years into the contract, the company will have demonstrated “steady thermo-vac thruster and PPU operations.” 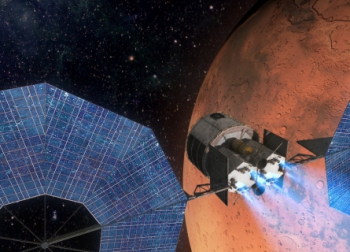 Three months later, MSNW will have completed upgrades to its Pulsed High power facility, all leading to a 100 hour, 100-200 kW integrated test in the 36th month of the contract.

Moreover, in addition to Ad Astra and MSNW, NASA is also understood to be in contract negotiations with the Aerojet Rocketdyne company, also based in Washington state, for development of a 100 kW EP system with a 250 kW nested Hall thruster.

As of publication of the HEOMD AES presentation on 4 November 2015, the contract between NASA and Aerojet Rocketdyne had not yet been finalized, though the presentation does note that the contract award is expected in late November.

This contract, however, differs from the others as it is a 12-month base contract with two one-year options. 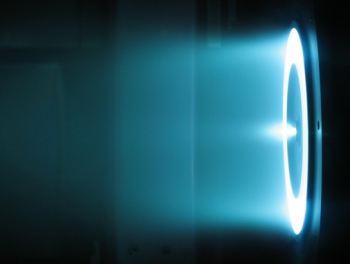 An additional $11.958 million USD will be contributed through Team Corporate, though all of these figures are subject to final negotiations.