Making the country’s fifth launch of the year, India’s Polar Satellite Launch Vehicle (PSLV) has orbited six Singaporean satellites – led by the TeLEOS-1 spacecraft – on Wednesday in a mission from the Satish Dhawan Space Centre, Sriharikota. The launch was on schedule at 18:00 local time (12:30 UTC).

The primary payload for Wednesday’s launch was the TeLEOS-1 commercial imaging satellite.

A 400-kilogram (880 lb) spacecraft, it was constructed by Singapore Technologies (ST) Electronics, who will also operate the spacecraft under an alternative trading name of AgliSpace. TeLEOS is expected to image the Earth at resolutions of up to one metre (3 feet), imaging a band of the surface close to the equator with a revisit time of around half a day. 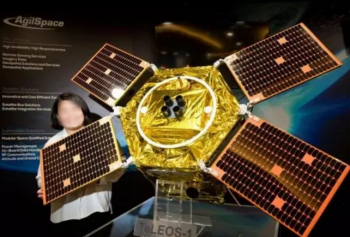 TeLEOS-1 is designed around the three-axis stabilised SS-400 satellite bus, with a design lifespan of five years. Four solar panels protruding from the rear of the satellite provide power; generating at least 680 watts during the satellite’s operational lifespan.

Data can be stored aboard the spacecraft using a 64-gigabyte solid state drive, before being downlinked to multiple ground stations via the spacecraft’s 150-megabit X-band transceiver. 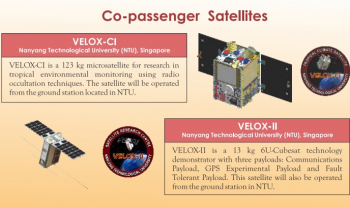 TeLEOS was joined aboard the PSLV by two VELOX spacecraft for the Nanyang Technological University. The larger of these, VELOX-CI (C1), is a 123-kilogram (271 lb) microsatellite that will be used to collect data on the temperature, humidity and pressure within the Earth’s atmosphere by studying the occultation of signals from GPS satellites as they pass through the atmosphere.

VELOX-II is a 12-kilogram (26 lb) six-unit CubeSat which is intended to test space-to-ground communications for nanosatellites, via communications satellites in geostationary orbit.

The Athene Noctua Experimental Satellite, or Athenoxat-1, is a three-unit CubeSat which will test imaging systems designed to observe the night side of the globe. It will be operated by Singapore’s Microspace Rapid Pte. 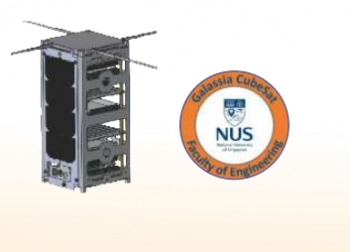 The Galassia satellite, a two-unit CubeSat built and operated by the National University of Singapore (NUS), carries two research payloads; one to study the conductivity of the Earth’s ionosphere by conducting measurements of its total electron content.

The other, the Small Photon Entangling Quantum System, or SPEQS, is a quantum communications experiment.

The NUS also had a larger spacecraft aboard the launch, the 78-kilogram (172 lb) Kent Ridge 1 (KR-1). Constructed around a LEOS-50 bus developed by Germany’s Berlin Space Technologies, this microsatellite carries a medium-resolution hyperspectral imaging payload with two imagers that provide resolutions of 44 and 110 metres (144 and 361 feet) with swath widths of 48 and 56 km (30 and 35 miles). 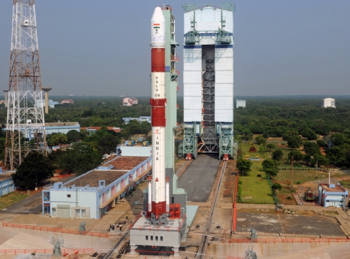 Flying in its smallest configuration, the PSLV-CA – or Core Alone – the mission had the flight number C29. The rocket flew from the First Launch Pad (FLP) at the Satish Dhawan Space Centre – the older of the two pads used by the PSLV, the FLP was built in the early 1990s ahead of the type’s first flight.

The pad is primarily used by the PSLV – although the larger Geosynchronous Satellite Launch Vehicle (GSLV) has also flown from it prior to the completion of the Second Launch Pad (SLP). PSLV launches are shared between both pads.

The launch began with the ignition of the PSLV’s first stage engine as the countdown reached zero. The vehicle lifted off and began its ascent towards orbit.

The PS1 S-138 engine burned for the first 113 seconds of flight, with stage separation and second stage ignition occurring within two to three tenths of a second of burnout.

The second stage, or PS2, is a liquid-propellant stage powered by a Vikas engine derived from France’s Viking that powered Ariane rockets from 1979 to 2004.

Burning UH-25 propellant – a mixture of unsymmetrical dimethylhydrazine (UDMH) and hydrazine hydrate – oxidised by dinitrogen tetroxide, its fuel combination is hypergolic and toxic. One minute into the second stage burn, the payload fairing – or heat shield in Indian parlance – separated from the nose of the rocket. 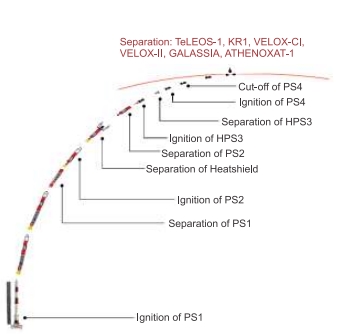 Four minutes and twenty seconds into the launch, the second and third stages separated, the second stage engine having shut down shortly beforehand. Around 1.2 seconds after staging, the third stage or PS3 ignited its solid-fuel S-7 engine for a burn of approximately 70 seconds.

The PS4 is powered by a pair of L-2.5 engines burning monomethylhydrazine (MMH) and mixed oxides of nitrogen (MON-3). Its two minute, 17.5-second first burn injected the payloads into their planned circular orbit at an altitude of 550 kilometres (342 miles, 297 nautical miles) and an inclination of 15 degrees.

TeLEOS was the first spacecraft to separate from the PSLV, 47 seconds after the end of the fourth stage burn. Kent Ridge separated thirty seconds later, with VELOX-C1 being deployed four tenths of a second later from the opposite side of the stage. 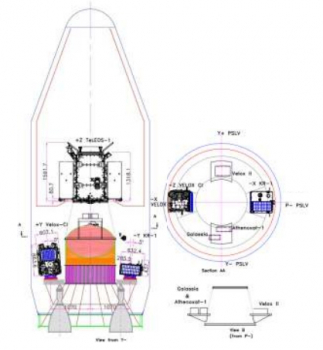 VELOX-II separated thirty seconds after KR-1, with the final two spacecraft – Galassia and Athenoxat-1 – deployed at 55-second intervals after that. Athenoxat was the last payload to separate, at 21 minutes and two seconds mission elapsed time.

A little over an hour later, at the 67 minutes and 25.5 second mark in the flight, the fourth stage restarted for a four-second burn. This is aimed at demonstrating that the stage can be restarted in orbit ahead of a modified version being used in conjunction with the GSLV for 2017’s planned launch of GISAT.

Wednesday’s launch was a commercial flight, contracted by Antrix Corporation, the commercial arm of the Indian Space Research Organisation (ISRO).

It was India’s fifth and last launch of 2015; ISRO having successfully launched three PSLVs – all in the PSLV-XL configuration – and a GSLV prior to the C29 mission.

India’s next launch is scheduled for January, with PSLV C31, another PSLV-XL, orbiting the IRNSS-1E navigation satellite. Two further IRNSS launches are scheduled for early next year, with CartoSat-2C and ResourceSat-2A expected to ride PSLVs to orbit later in the year.

A GSLV launch is scheduled for July with INSAT-3DR, with another launch pencilled in for the end of the year.