Arianespace has opened its 2016 launch campaign with the lofting of the Intelsat 29e satellite on Wednesday. In a rare single passenger launch, the Ariane 5 was tasked with launching the huge Boeing-built bird, with lift-off on schedule at 23:20 UTC from the European Spaceport in Kourou on Tuesday.

Designed to place payloads weighing up to 9.6 tonnes into GTO, this increased capacity allows the Ariane 5 ECA to handle dual launches of very large satellites. However, for this launch, due to the size of the passenger – and the urgency of the customer’s requirements – Intelsat 29e was the only payload to be lofted on Wednesday.

This latest mission was designated Flight VA228 in Arianespace’s launcher family numbering system and was the 228th Ariane mission since this series of vehicles entered operation in 1979. 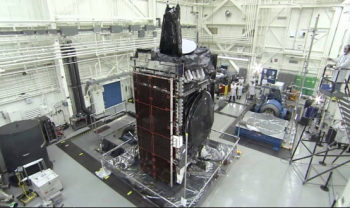 Intelsat 29e is the first of the Intelsat EpicNG high throughput satellites.

The spacecraft’s relay platform will have one of the most advanced digital payloads commercially available, delivering enterprise-grade, broadband services to fixed and mobile network operators, aero and maritime mobility service providers, and government customers operating throughout the Americas.

That relay platform is based on the Boeing 702MP spacecraft design, with the satellite boasting a liftoff mass of just over 6,550 kg. It is the 51st Boeing-built satellite to be launched by Arianespace.

It will provide high-throughput Ku-band spot beams over the Americas to meet broadband demand for carrier-grade telecommunications and enterprise connectivity, as well as Atlantic Ocean and Caribbean coverage for highly-used aviation and shipping routes. 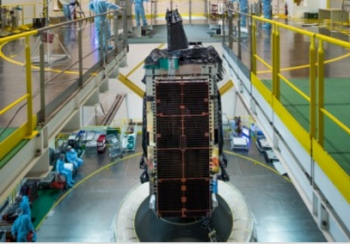 Thanks to the performance of this single passenger mission, Ariane 5 will move from the standard 35,786km x 250km x 6 deg GTO profile to reduce the inclination. As such this mission will be to 35,546km x 248.8km x 0.5deg destination.

It took around 30 minutes from launch to achieve the required parameters for spacecraft separation.

This liftoff was the first of up to 11 missions planned with Arianespace’s launcher family during the coming 12 months, with as many as eight utilizing the workhorse Ariane 5.

(Images via Arianespace and Boeing).