SpaceX rolled out its Falcon 9 rocket for a static fire that was conducted on Monday at the company’s west coast launch facility at Vandenberg Air Force Base, California.  The Jason-3 mission, scheduled to launch on 17 January 2016, will monitor Earth’s ocean’s surface topography and currents for the National Oceanic and Atmospheric Administration as part of the U.S. federal agency’s ongoing climate change research.

Activities at SpaceX’s West Coast launch facility at Vandenberg Air Force Base, California, are ramping up for the scheduled mid-January launch of the Jason-3 mission for NASA and the National Oceanic and Atmospheric Administration (NOAA).

The launch campaign for Jason-3 marks the first time since September 2013 (the CASSIOPE mission) that SpaceX launch operations have taken place at Vandenberg and only the second time that SpaceX will make use of its west coast launch facilities.

As with all Falcon 9 missions, the first stage of the Falcon 9 has undergone a series of hot firings at the company’s McGregor, Texas, Test Facility.

Following the loss of the CRS-7 mission, the second stage was sent back to the SpaceX factory at Hawthorne, California for related modifications and improvements, before enjoying a successful 60 second test firing at McGregor on November 5 (L2).

Now in the business end of the flow, mating operations with the Falcon 9 and Transporter Erector (TEL) were delayed during the week due to adverse weather conditions at the usually fair-weather Vandenberg facility as southern California moves through the effects of this year’s strong El Nino event.

Mating operations resumed at the end of the week for one of the major pre-launch milestones: rollout, pad integration and the static test fire of the Falcon 9’s core stage at the pad.

The rollout of the Falcon 9 first stage for the Jason-3 static fire took place on Sunday ahead of Monday’s test firing, following the successful completion of the Flight Readiness Review (FRR) on Friday.

For the test, the Falcon 9 first stage was erected at the launch pad for static fire operations. 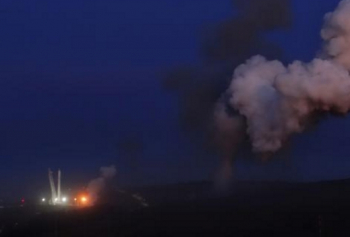 Notably, FRR notes (L2) added the static fire was to involve the nine Merlin 1D engines firing for a few seconds longer than a usual static fire test, due to the length of time that has passed since the Stage was fired up during McGregor testing.

The test firing – lasting seven seconds in total – was completed deep into the test window, shortly after 5:30pm local time. (L2 Photos and video of the Static Fire – Link)

Specifically for SpaceX, the static test fires help the company ensure the functionality of the propellant and propulsion systems of the Falcon 9 as well as all of the launch pad’s systems in the days prior to launch. 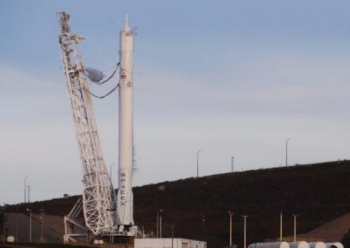 To this end, every static test firing at the pad involves a full propellant loading sequence, launch countdown and engine ignition operations, and testing of the pad’s high-volume water deluge system.

These static fires provide SpaceX and the launch teams with a full dress rehearsal for the actual launch and allows them to identify and fix issues with the vehicle and/or pad prior to the commencement of actual launch operations.

SpaceX’s most recent static fire before the ORBCOMM-2 Return To Launch mission in December proved beyond doubt the value of the company’s static-fire-for-every-mission approach. 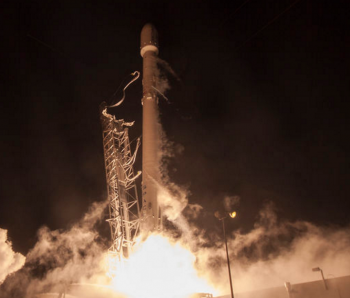 Specifically, the issues – as understood – stemmed from the new type of super-chilled oxidizer debuting on the mission.

Nonetheless, the repeated delays led to minute procedural changes and increased understanding of how deep cryo liquid oxygen interacts with the vehicle at the pad during loading and launch operations.

And those delays, encountered and accounted for during the static fire, led to the almost unprecedented on-time on-the-first-attempt launch of a brand new version of the Falcon 9 rocket utilizing a never before used propellant.

For the Jason-3 Falcon 9, engine and vehicle data will be analyzed, followed by de-tanking operations ahead of the lowering of the Transporter Erector (TE) and roll back to the hanger for final integration processing in anticipation of launch.

This will include the mating of the encapsulated Jason-3 spacecraft to the rocket.

Once the Falcon 9 is back in her hanger, engineers will begin the Launch Readiness Review (LRR), which will then confirm the launch date for Jason-3.

When the Jason-3 mission launches, it will mark the end of an era for SpaceX: The final use of the company’s Falcon 9 v1.1 variant. 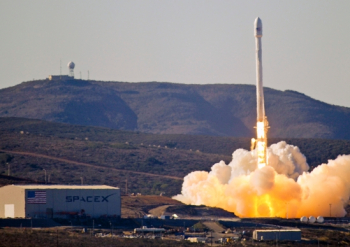 The final use of the Falcon 9 v1.1 for a launch from Vandenberg, while coincidental, is somewhat appropriate given that the v1.1 variant made its debut during the as-yet-only-other Vandenberg launch of the Falcon 9 on 29 September 2013.

In all, the v1.1 Falcon 9 has made 14 flights to date, with 13 of those launches resulting success.

If Jason-3 is successfully inserted into orbit, the Falcon 9 v1.1 will end its service with an overall success standing of 14 out of 15 flights – a 93.3% success rate.

Moreover, it will bring SpaceX’s total success across all Falcon 9 vehicle variants to 20 out of 21, a 95.23% success rate — with those 20 successes measured from primary mission payload success, as the CRS-1 resupply mission to the ISS was the primary payload and was successful. 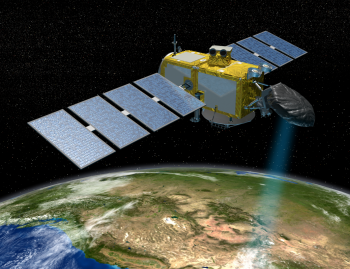 However, Jason 3 is also notable for SpaceX in another very important category: it is the first scientific payload for which the company won a launch contract from NASA Launch Services.

While Jason-3 is a NOAA satellite and not a NASA property, NASA Launch Services provides contract business for satellite launches for other government organizations, not just the space agency itself.

Moreover, the Jason-3 mission – when it was scheduled to launch last year – held the distinction of being the first mission during which SpaceX would attempt to return the Falcon 9 first stage to a landing pad at the launch site.

Following the CRS-7 launch mishap and subsequent recovery, that first-land landing honor and success went to the Return To Flight mission on 21 December 2015 at the Cape Canaveral Air Force Station, Florida. 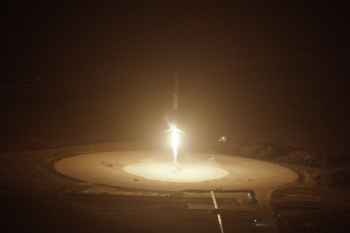 SpaceX will attempt to land and recover the first stage from the Jason 3 mission.

The company certainly has the option to recover the first stage, thus providing another – within one month – successfully landed first stage Falcon 9 of which to examine post-flight and post-return effects.

Moreover, given SpaceX’s transition to the v1.1 FT variant of the Falcon 9, recovery of the Jason-3 first stage would not provide a stage that would be reflown, instead simply providing a post-flight examination artifact. 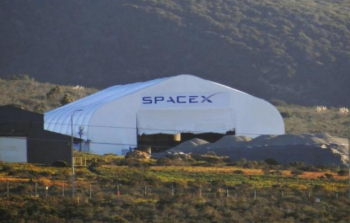 However, a successful landing of the Jason-3 first stage on an ASDS barge in the Pacific Ocean would further demonstrate the company’s ability to repeatedly successfully land and recover first stages of the Falcon 9.

Previously it was thought the Jason-3 mission would be the first Return To Launch Site landing of a Falcon 9 first stage at Vandenberg. This plan was before the Return To Flight plans that saw OG-2’s core stage conduct the historic milestone. Also, the landing pad is still undergoing preparation work, as seen in L2 photos this week.

Notably, a Return To Launch Site effort at Vandenberg holds other challenges, such as requiring an overflight of a wildlife preserve occupied by endangered species. 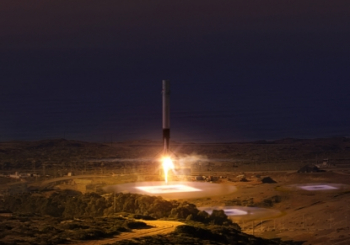 When discussions of landing the Jason-3 first stage at Vandenberg took place in summer 2015, an Environmental Assessment (EA) on the damage and destruction to wildlife in the preserve in the event of a close-to-ground failure of a returning first stage was not yet complete.

At present, it is not known whether the EA report has been completed and whether or not it has cleared or still prevents Falcon 9 first stages from attempting a return to land at Vandenberg in the near future.

Regardless, a successful Jason-3 mission will see SpaceX begin to reestablish its pace of launches.

In all, Jason-3 will be the first of 14 to 15 targeted missions for SpaceX and their Falcon 9 rocket family in 2016 – including the anticipated debut of the Falcon Heavy from launch pad 39A at the Kennedy Space Center, a resumption of commercial resupply efforts to the International Space Station, and a multitude of commercial satellite launches.