The U.S. Congress is debating the reinstatement of a purchasing ban on Russian RD-180 engines – the heart of the Atlas V core stage.  Congress lifted that ban in December 2015.  However, some Congressional members are questioning that decision as well as ULA’s decision to not bid for the 2018 competitive U.S. military GPS III-3 satellite launch contract.

To many, geopolitical tensions only affected space policy during the Cold War.

But these tensions still have the ability to closely impact the U.S. launch vehicle market – as has been seen in recent years with the RD-180 engine and United Launch Alliance’s (ULA’s) Atlas V rocket – which uses the RD-180 as its sole core stage engine.

In the past two years, an increase in U.S.-Russian tension has played out on the space stage.

At the center of this row is the RD-180 engine, built by RD AMROSS, a U.S. joint venture of Pratt & Whitney Rocketdyne, located in West Palm Beach, Florida, and NPO Energomash of Khimki, Russia.

Under the original joint-venture contract, Energomash was contracted to deliver 101 RD-180 engines, enough for 101 missions of the Atlas V, for the fixed price of $1 billion USD over the course of several years.

Thus, the RD-180s could be used for any Atlas V mission – be it a commercial, civil, government, or national security payload.

However, U.S.-imposed sanctions against Russia in 2014 relating to issues in Ukraine and the Crimea peninsula saw Russia impose a ban on yet-to-be-delivered RD-180s, eliminating those engines ULA did not already have possession of from use on U.S. military launches.

A subsequent Congressional ban against the further purchase of the Russian-made engines limited ULA and the Atlas V to its already existing stockpile of RD-180s.

This, according to ULA and the U.S Department of Defence (DoD), placed into jeopardy military and national security launch services – a majority of which occur using Atlas V, not Delta IV. 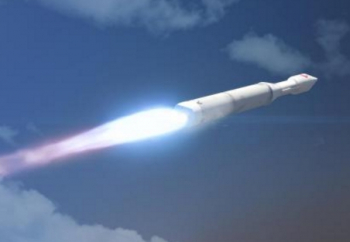 In response to these RD-180 bans, along with growing pressure from SpaceX for greater competition and lower costs in the commercial launch market, ULA began a research and development (R&D) partnership with Blue Origin for a U.S.-produced rocket engine while near-simultaneously announcing a planned successor to the Atlas V and Delta IV rockets in the form of Vulcan.

For the engine R&D program, ULA contracted with Blue Origin for their BE-4 engine to serve ULA’s “next generation launch vehicle” as well as a potential replacement engine on Atlas V’s core stage.

*Click here to read an extensive Q&A between ULA’s Dr. George Sowers and NASASpaceFlight.com members on the ULA/Blue Origin Deal*

At the same time, ULA stated they had enough engines to fly the Atlas V for non-military missions with the 29 RD-180s procured before the purchase ban as well as enough already-purchased RD-180s (nine as of January 2016) earmarked for U.S. military missions in 2016 and 2017.

Beyond that, ULA stated that if the RD-180 bans continued, ULA could not guarantee its ability to fly U.S. military missions starting sometime in 2018.

This seemed confusing at the time as the Delta IV rocket was designed largely to satisfy the need for U.S. military launches, uses solely U.S.-made engines, and is owned and operated by ULA – making a switch of payloads from Atlas V to Delta IV seem an obvious intermediate step to continue U.S. military launch operations until the Atlas V engine could be replaced with a domestic engine.

However, ULA’s subsequent announcement in March 2015 that it planned to phase out all Delta IV variants less the Delta IV-Heavy by 2018 and focus on the Atlas V to sharpen competitiveness with SpaceX shed some light on the company’s “not beyond 2017” guarantee for U.S. military launches.

Nonetheless, the Fiscal Year 2016 (FY16) budget crisis/disagreement in the U.S. Congress yet again changed the landscape of the conversation.

In December 2015, Congress reversed course on the Russian engine purchase ban due in large part to a campaign from Senators Richard Shelby (Republican – Alabama) and Dick Durbin (Democrat – Illinois).

In the final FY16 budget, Congress lifted the ban, allowing ULA to purchase RD-180 engines for its Atlas V fleet – for which the company immediately submitted an order for 20 more RD-180s. 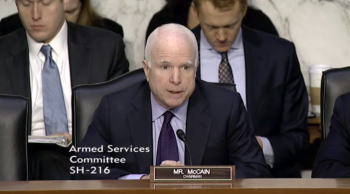 A public hearing on January 27, 2016 expanded upon a drive in both chambers of the U.S. legislature to reinstate the engine ban.

This past Wednesday, the issue came up in full force during a Senate Armed Services Committee hearing led by Senator John McCain of Arizona – the Republican nominee for President in the 2008 General Election.

During the course of the hearing, Senator McCain – as he did in December 2015 – railed against the lifting of the Russian engine purchase ban and accused the U.S. Congress of placing Russia’s economy ahead of U.S. military and national security interests.

The crux of Sen. McCain’s argument seemed to be that use of Russian engines on an American-made rocket would in some way endanger U.S. security and military satellite launches – though when (if ever) Russia removed its ban on the use of RD-180 engines for U.S. military launches is unclear. 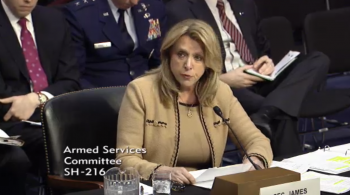 Exactly what the fallout of this legislation will be, which was introduced in both the House and Senate on Thursday, is currently unknown – nor is it known at this time whether the legislation has enough support to pass both chambers of Congress.

Even if it does pass, it is unknown whether President Obama would sign the bill into law. 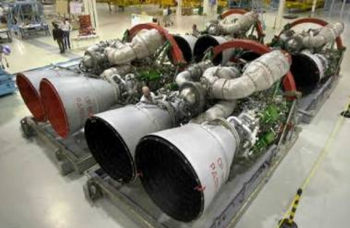 Regardless of the specific outcome of Senator McCain and Representative McCarthy’s legislation, ULA’s purchase in December of 2015 is valid under U.S. federal law, and the company will take possession of those 20 engines in the coming years.

In large part, the ban itself was lifted at the urging of the U.S. DoD and the  work of Alabama Senator Richard Shelby and Illinois Senator Dick Durbin.

Senator Durbin, in speaking on the issue in December 2015, said that lifting the engine purchase ban had everything to do with ensuring launch market redundancies.

According to Senator Durbin, allowing ULA to continue purchasing and using the RD-180 engines until the BE-4 engine replacement or the Atlas V’s successor are ready was the correct move for the U.S. military launch program. 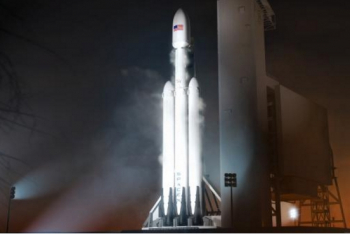 That bidding process was the first competitive bid between ULA and SpaceX following the latter company’s completion of Air Force and U.S. national government certification for the launch of sensitive government payloads on its Falcon 9 rocket.

At the time of bidding, ULA declined to submit a bid citing accounting uncertainties.

This caught the ire of Senator John McCain who, during Wednesday’s briefing, discussed what he viewed as gross negligence on ULA’s part in not bidding for the GPS III-3 mission given ULA’s $800 million USD annual appropriation from the Air Force.

The issue here is that McCain’s comments do not match the reality of that annual $800 million USD payment from the Air Force to ULA.

That payment is part of the Air Force’s block buy in 2014 of numerous U.S. national security payload launches from ULA and is therefore disbursed to ULA to help the company maintain its launch facilities, remain in compliance with all U.S. military and national security launch requirements, and augment the production lines for the Atlas V and Delta IV rockets needed for those block buy missions.

This annual $800 million USD appropriation is a holdover from a previous, separate ELC – EELV (Evolved Expendable Launch Vehicle) Launch Capability – contract between the DoD and ULA that, in 2014, was rolled into the overall block buy contract as a separate line item.

Importantly, the ELC portion of the block buy contract is not connected to the GPS III-3 contract ULA declined to bid for.

Moreover, the ELC does not require or mandate that ULA bid for every government payload launch.

Therefore, since the GPS III-3 launch contract was competitive and not part of the already-in-place block buy, ULA declined to bid for it in part because it was not required of them to do so and also because it was a direct price comparison bid that they had no realistic chance of winning from SpaceX.

In this manner, attempting to connect the ELC portion of the block buy contract and ULA’s non-bid for GPS III-3 would be inaccurate.

However, ULA’s non-bid may rightly be viewed as a misstep on the company’s part – even though they likely didn’t have a realistic chance of winning the contract – given the large amount of federal appropriations granted to them each year.

Nonetheless, this entire conversation sheds light on the changing nature of the U.S. launch market and the role the U.S. government should play in assessing the best fiscal policy for support of future missions on either ULA rockets or SpaceX rockets.