The new spacecraft’s rollout marked a major milestone in Virgin Galactic’s return from the 2014 test flight failure that claimed the life of Michael Alsbury.

The company has been delayed many years from its initial 2008 target of launching celebrities and rich people on a short suborbital flight. 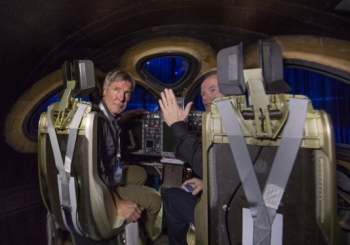 As such it was little surprise that Virgin Galactic also rolled out the big star names, including Star Wars actor Harrison Ford.

However, it was Professor Stephen Hawking that became the focus on the rollout event, not least because the name of the new ship was picked by the theoretical physicist.

Professor Hawking is also hoping to fly on the spacecraft, following an offer of a free ticket from Virgin boss Sir Richard Branson.

While the event was surrounded by “Pomp and Circumstance” that was aimed at customers who will get to be classed as an “astronaut” after their suborbital ride, the substance embedded into the event did not shy away from the serious question of safety. 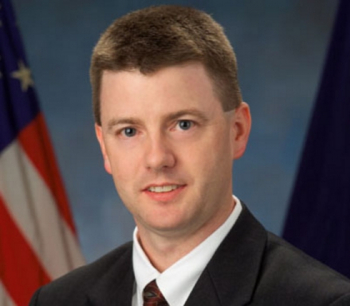 One of the key Virgin Galactic managers tasked with that responsibility is Mike Moses, who left NASA to continue to work in the arena of flight operations, as opposed to remaining with the space agency that was heading into a post-Shuttle transitional phase.

Mr. Moses regularly chaired the Mission Management Team (MMT) for a number of the final Shuttle missions, all of which enjoyed near-flawless flights.

The former Flight Director became well known as the fast talking, quick thinking presenter of the MMT’s findings at the media briefings.

As Senior Vice President of Operations, Mr. Moses is aiming to embed the culture of Shuttle’s swansong missions into the life of VSS Unity.

“A word about our safety culture. This is what unites us,” Mr. Moses told the audience at the spacecraft’s rollout event.

“It is something each of us strives to exemplify and strengthen daily. We call it our North Star and it guides all that we do. Our commitment to safety can be measured in our commitment to testing. 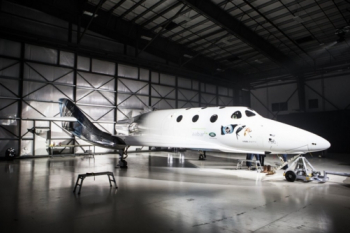 “We have tested thousands of elements of the ship and still need to test many more. Reaching milestones like our first glide flight and our first powered flight are exciting, but at every step of the way we will do everything possible to make sure that the each of the next steps are safe – and ultimately ready to fly you into space.”

Before paying customers are allowed on the spacecraft, a rigorous test program has to pass with flying colors.

“You can think of the act of ‘Rollout’ as marking that transition – a technical milestone when a brand new vehicle is ready to leave the hangar,” Mr. Moses added. “The hangar is where it had been assembled and undergone system testing and verification at an individual level. 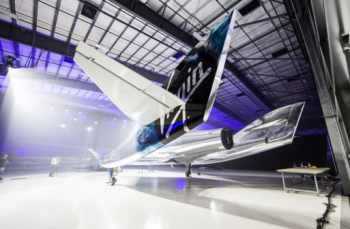 “When it rolls outside to the flight line it is ready for the next phase of its life which sees the entire vehicle tested as a whole. The work that occurs after rollout is quite substantial. We will go through a battery of tests – collecting tons of data and analyzing those results.”

That test program will involve several free flights, prior to powered flights – the latter of which surrounded the SS2 failure of 2014. Improvements to VSS Unity ensure the same issue won’t reoccur on the new spacecraft.

“We have been testing as we have been building but now we can test it as a whole. We will check it on the ground on the runway in the air while mated to WhiteKnightTwo. Then we will fly free and test more in the glide flight phase and then finally onto the powered flights,” Mr. Moses continued, noting that SS2’s earlier successes will feed into VSS Unity’s knowledge base. 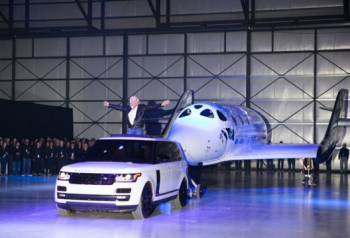 “This sounds like a lot of work, and it is, but we have somewhat of a head start. We are building off the flight test data from the previous spaceship.

“But we are also mindful of the fact that what is behind that curtain in many ways is a new vehicle so we will have to conduct some of those earlier tests again to make sure that the vehicle performs as we expect.”

No firm schedule has been provided for VSS Unity’s debut commercial flight, something that will remain unscheduled until after a successful test flight program. However, for Mr. Moses, achieving those test milestones is the singular focus for the upcoming year.

“We’ve got an exciting year ahead filled with many milestones, and I really look forward to keeping you updated on our progress.”