SpaceX’s CRS-9 Dragon spacecraft departed from the International Space Station (ISS) on Friday, following a highly successful Commercial Resupply Services (CRS) mission to the orbital outpost. Known as End Of Mission (EOM) operations, Dragon’s safe return was marked by a splashdown in the Pacific Ocean later in the day.

Dragon’s journey into space began just over a month ago, following a flawless launch from SLC-40 at Cape Canaveral Air Force Station. While Dragon was beginning her pursuit of the ISS, the first stage was completing the second successful landing on the LZ-1 pad back at the Cape.

A few days later, Dragon entered the Station’s back yard and prepared to be caught by the Space Station Remote Manipulator System (SSRMS).

With the hatch opened later that day, the ISS crew began removing the array of supplies – totaling of 1,790 kg (3,946 lb) – inside the Dragon’s pressurized section.

Another 930 kilograms (2,050 lb) of cargo capacity is dedicated to scientific research, including a Biomolecule Sequencer which will attempt to sequence DNA in an attempt to demonstrate whether this is possible in the space environment. In Dragon’s trunk section was a key payload that will help her big sister – Dragon 2 – dock with the ISS when the United States regains its domestic crew launch capability via the Commercial Crew Program (CCP) missions.

The International Docking Adapter (IDA) is a piece of hardware designed to convert the US Segment’s old Shuttle-era docking ports to a new docking system, thus allowing them to accept the upcoming commercial crew vehicles which will all use the updated docking system design.

The CRS-9 Dragon provided the ride uphill for IDA-2, allowing it to be removed from her trunk and installed during a robotics operation and via EVA-36 – conducted by Williams and Rubins.

To kick off the homecoming, the long sequence of events – that ultimately led to Dragon safely bobbing the Pacific Ocean – began on Thursday with the unberthing of Dragon from the Node 2 Nadir CBM, via the release of 16 bolts around the CBM berthing collar on the ISS side, performed in four sets of four bolts to ensure even unloading on the CBM interface. Dragon was then pulled away from the ISS via the use of the SSRMS.

Dragon was manouvered to the release position approximately 30 feet below the ISS. She was left in this position for the night – known as the parking position.

Friday’s ops began with Dragon in the release position, ahead of the time for Dragon and the ISS to part ways.

Rubins, aided by Takuya Onishi of JAXA, squeezed the trigger on the Rotational Hand Controller (RHC) on the RWS to release the snares holding the SSRMS Latching End Effector (LEE) to the Dragon Flight Releasable Grapple Fixture (FRGF) – effectively “letting go” of Dragon.

This occurred at 10:11 UTC – although the timing was subject to variation, based on communications and lighting conditions. 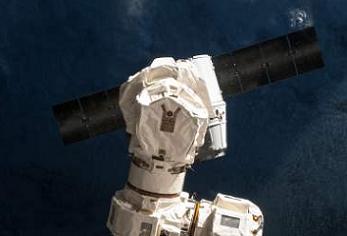 With the SSRMS retracted safely clear, Dragon conducted three departure burn to depart to the vicinity of the ISS, edging away from the orbital outpost, with small thruster firings to push down the R-Bar.

The larger of the three burns was then conducted to send Dragon outside of the approach ellipsoid, at which point SpaceX controllers in MCC-X took full control of the mission.

Following the completion of departure burns, Dragon conducted a free-flying phase on-orbit for just under five hours, during which time she completed a critical action – the closure of the GNC bay door, to which the FRGF is mounted – before conducting a de-orbit burn at around 14:56 UTC. 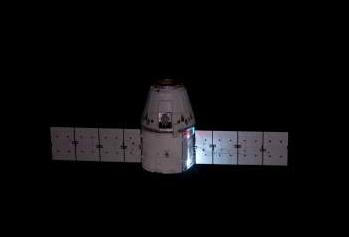 The 10 minute deorbit burn was successfully conducted by the spacecraft’s Draco thrusters.

The umbilical between Dragon and its Trunk was disengaged, prior to the Trunk separating from the Dragon capsule.

As the spacecraft entered Entry Interface (EI) she was protected by her PICA-X heat shield – a Thermal Protection System (TPS) based on a proprietary variant of NASA’s phenolic impregnated carbon ablator (PICA) material – designed to protect the capsule during Earth atmospheric re-entry, and is even robust to protect Dragon from the high return velocities from Lunar and Martian destinations. 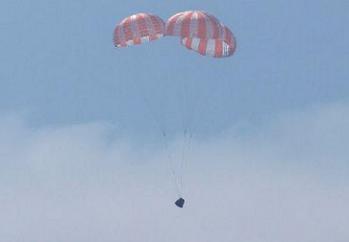 Once at the required velocity and altitude, Dragon’s drogue parachutes were deployed, followed by Dragon’s main parachutes, easing the vehicle to a splashdown in the Pacific Ocean off the coast of California at around 15:47 UTC.

Three main recovery boats will soon arrive on station, with fast boats racing to meet the Dragon shortly after she hits the water, allowing for the recovery procedures to begin. The vehicle will be powered down and then hooked up to the recover assets.

Dragon will be transported to the port of Los Angeles, prior to a trip to Texas for cargo removal.

The cargo return – otherwise known as the downmass capability – is one of Dragon’s star roles following the retirement of the Shuttle fleet.

Although the spacecraft doesn’t get close to the capability of the orbiters, she will still return with 3,000 pounds of science samples from human research, biology and biotechnology studies, physical science investigations and education activities.

Known as late loading, the ISS crew were busily loading the final items into Dragon’s pressurized section during Thursday.