U.S. President Barack Obama has lent his eager support toward growing commercial space endeavours as well as government and private efforts to take humans to Mars.  However, his comments come at the start of his final 100 days in office and just one month before the U.S. electorate will decide how much support his policies and initiatives will have come 20 January 2017.

This week, U.S. President Barack Obama laid out an impassioned Op-Ed to U.S. news agency CNN in which he extended his energetic and complete support to governmental and private initiatives to take humans to Mars. While President Obama’s space policies have met with mixed levels of acceptance throughout his eight years in office, his Presidency has overseen an extraordinary transformation in the vision for space exploration and its distribution between and partnerships with government and private entities.

Nevertheless, the timing of the President’s enthusiastic support comes only after SpaceX announced its ambitious plan of launching colony ships to Mars in the 2020s.

Moreover, the remarks come at a time when the U.S. space industry is in the middle of a dramatic shift toward increased public-private partnerships that aim to expand space exploration initiatives of U.S.-based agencies/companies while seeking a great investment in human exploration of other planets. Regardless, NASA Administrator Charles Bolden quickly expanded on President Obama’s remarks and provided further information to some of the statements made by the President – including one regarding the addition of commercial modules to the ISS.

According to Mr. Bolden, “Recently, NASA asked the private sector how it might use an available docking port on the ISS.  One of the potential uses of such a port would be preparation for one or more future commercial stations in Low Earth Orbit, ready to take over for the Space Station once its mission ends in the 2020s.

“The private sector responded enthusiastically, and those responses indicated a strong desire by U.S. companies to attach a commercial module to the ISS that could meet the needs of NASA as well as those of private entrepreneurs.”

While no specifics were given on which private sector companies “responded enthusiastically”, commercial module placement on the ISS would mesh nicely with Bigelow Aerospace’s already-installed inflatable module and the company’s desire to place larger inflatable modules in Low Earth Orbit (LEO) and cislunar space – with the assistance of United Launch Alliance – in the early 2020s. Apparently though, the response from private companies was so rigorous that Mr. Bolden noted in his statement that “As a result of the responses, this fall, NASA will start the process of providing companies with a potential opportunity to add their own modules and other capabilities to the International Space Station.”

Moreover, like President Obama in his Op-Ed, Mr. Bolden was direct in his assessment that the increased initiatives and goals of space exploration in the solar system and beyond will bring a heavy burden to the space industry – a burden that neither governmental nor commercial companies can shoulder alone.

As President Obama stated, “Getting to Mars will require continued cooperation between government and private innovators, and we’re already well on our way.” While the statement immediately following was directed at commercial crew transport to the ISS, the above reference appears to be about SpaceX’s plan to send the first human-rated spacecraft – the company’s Red Dragon – on an uncrewed flight to land on the surface of Mars in 2018.

NASA and SpaceX have already stated that both organizations will share in the scientific data returned from that 2018 commercial mission for future human missions to the red planet.

Nonetheless, while President Obama’s comments and Mr. Bolden’s follow-up address provided new insights into the public-private partnership started in the last decade, the upcoming U.S. Presidential election is a major contender in just how far President Obama’s space policies will extend beyond 1200 EST on 20 January 2017.

Looking ahead to the next U.S. President:

While eager and energetic support from U.S. Presidential administrations is always a dream for space agencies and space enthusiasts, President Obama’s comments – coming at the end of his Presidency – lead to the inevitable question of how much support his successor will give to his views on human exploration of Mars. NASASpaceflight.com previously reported during the U.S. Presidential primary races on some of the candidates up-til-then expressed comments regarding NASA and U.S. space exploration.

None of those previously-reported on candidates won their respective party nominations, and all of them are no longer contenders for the presidency.

In the race between the final two major party contenders, neither nominee has said much in public when it comes to space exploration.

But what they have said provides some insight regarding how much support Democratic nominee Hillary Rodham Clinton and Republican nominee Donald J. Trump would give to on-going human Mars initiatives and NASA’s realignment under the Obama Administration should they be elected to office. 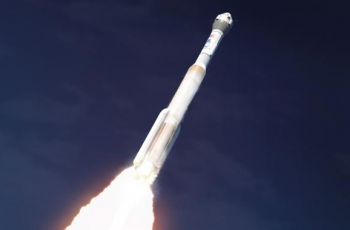 From a pure political standpoint, one could assume that Secretary Clinton would be a stronger supporter of President Obama’s proposals and initiatives for NASA and the commercial space industry than Mr. Trump.

However, the public-private partnership started by President Obama is one that would mesh nicely with the fiscal responsibility and shared cost platform of the Republican party and its nominee, Mr. Trump.

Political norms in the United States notwithstanding, in 2015, Secretary Clinton expressed her enthusiasm for the human space program while Mr. Trump indicated that other needs were higher on his priority list.

At a question and answer session in August 2015, Mr. Trump was specifically asked about his views of human exploration of Mars. “We’re at the brink of all kinds of new information.  Let’s not back off now!”

The question posed was: What should America’s national goals be for space exploration and earth observation from space, and what steps would your administration take to achieve them? Secretary Clinton’s answer, after recapping the history of U.S. space exploration, was: “As president, my administration will build on this progress, promote innovation, and advance inspirational, achievable, and affordable space initiatives.

“We must maintain our nation’s leadership in space with a program that balances science, technology and exploration; protect our security and the future of the planet through international collaboration and Earth systems monitoring; expand our robotic presence in the solar system; and maximize the impact of our R&D and other space program investments by promoting stronger coordination across federal agencies, and cooperation with industry.

“I will work with Congress to ensure that NASA has the leadership, funding and operational flexibility necessary to work in new ways with industry, placing emphasis on inventing and employing new technologies and efficiencies to get more bang for the buck while creating jobs and growing the American economy.

“Today, thanks to a series of successful American robotic explorers, we know more about the Red Planet than ever before. A goal of my administration will be to expand this knowledge even further and advance our ability to make human exploration of Mars a reality.” Mr. Trump was supportive of space exploration in his answer, stating: “Space exploration has given so much to America, including tremendous pride in our scientific and engineering prowess.  A strong space program will encourage our children to seek STEM educational outcomes and will bring millions of jobs and trillions of dollars in investment to this country.

“The cascading effects of a vibrant space program are legion and can have a positive, constructive impact on the pride and direction of this country.  Observation from space and exploring beyond our own space neighborhood should be priorities.

“We should also seek global partners, because space is not the sole property of America.  All humankind benefits from reaching into the stars.”

Libertarian candidate Gary Johnson responded, saying “Private corporations are increasingly interested in space travel, and the private sector has access to far more resources than the public, so we welcome private participation and even dominance in space exploration.” Green Party candidate Jill Stein was more expansive in her answer than Johnson, stating “We recognize the inspiration provided by space exploration and so we support: 1. the peaceful exploration of space, 2. space-based systems to monitor environmental conditions on Earth, and 3. measures to ensure that space technology benefits all the people of Earth.

“Space exploration and science are international scientific endeavours requiring cooperation between many nations and peoples across borders. The peaceful exploration of space provides inspiration, education, and valuable scientific knowledge.

“Climate science, including the study of other planets in our solar system and beyond, is essential for understanding how to address climate change on Earth. “Space science, exploration, and Earth observation provide tools, technologies, and science to help address not only climate change but flooding, drought, storms, famine, and other crises.

“By focusing US space efforts away from corporate and military interests, we can work to create peace here on Earth and in space, prevent the deployment of space weapons and instead focus on technologies to solve problems on Earth, not create new ones.

“Here are steps we will take to advance space exploration and science: Funding STEM education and forgiving student debt of STEM scholars so they can focus on science and research; signing of the International Treaty for the Demilitarization of Space; Ensuring scientists, not corporate or military interests, are driving the space exploration and science agenda; Ensure funding of pure research, for the benefit of all humanity and our planet; Work closely with the United Nations Office for Outer Space Affairs (UNOOSA) on ensuring the peaceful exploration of space.” Regardless of who the U.S. electorate chooses as its 45th President, that person will have a substantial impact on the U.S. space program and the government’s role in taking humans to Mars.

Hopefully, whoever President Obama’s successor is will allow this final paragraph from his Op-Ed to come to fruition: “Someday, I hope to hoist my own grandchildren onto my shoulders.  We’ll still look to the stars in wonder, as humans have since the beginning of time.

“But instead of eagerly awaiting the return of our intrepid explorers, we’ll know that because of the choices we make now, they’ve gone to space not just to visit, but to stay – and in doing so, to make our lives better here on Earth.”