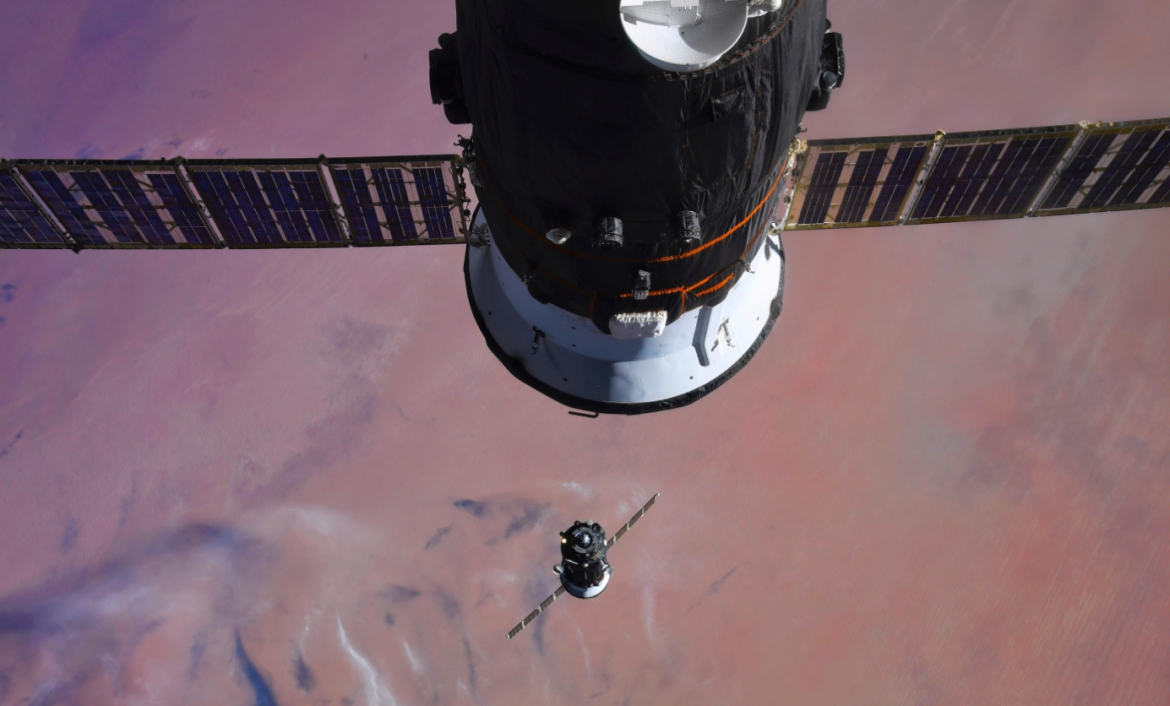 The Russian Federal Space Agency, Roscosmos, launched the final human mission of 2017.  Three new members for the International Space Station – Anton Shkaplerov, Scott Tingle, and Norishige Kanai – launched aboard the Soyuz MS-07 vehicle from the Baikonur Cosmodrome in Kazakhstan at 02:21 EST (07:21 GMT) on Sunday, 17 December – ahead of completing a two-day orbital chase to the international outpost.

Soyuz MS-07 represented the 136th flight of a crewed Soyuz vehicle and the 62nd launch of the Soyuz-FG rocket since it entered service in 2001.

This particular mission utilized a Soyuz crew transportation module that was delivered to its assembly and testing building at Baikonur on 2 October of this year. 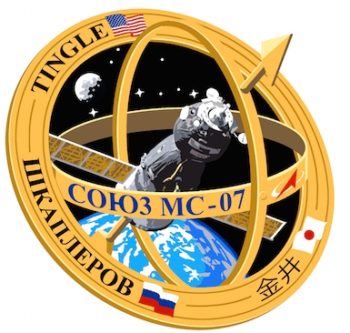 The primary crew – and their backups – arrived at Baikonur on 4 December and performed fit checks inside the Soyuz capsule the following day.

By 7 December, the integrated Soyuz capsule was fueled with its propellants and compressed gases before being integrated with its launch vehicle adaptor the next day.  Encapsulation inside the payload fairing followed on 11 December.

On 13 December, the Soyuz capsule was transported by rail from its checkout and integration facility to the Spacecraft Assembly and Testing Facility (SC ATF) for final integration. 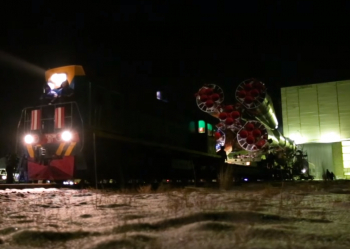 The entire rocket was then taken by rail to launch pad No. 1/5 at Baikonur on Friday, 15 December where final launch preparations commenced.

The mission was originally slated to launch later in December, on the 27th.

However, due to a NASA desire to deconflict as much work as possible with the Christmas holiday, the launch was advanced to 17 December – thereby forgoing a fast-track same day rendezvous with ISS.

The transit to the ISS was completed on Tuesday morning with a successful docking at 08:39 UTC.

Riding aboard Soyuz MS-07 were three crew members who represent three of the five major partner nations/organizations of the International Space Station.

Born in 1972 in Sevastopol, Ukraine Soviet Socialist Republic (SSR), Shkaplerov completed Yak-52 flight training at the Sevastopol Aviation Club in 1989 at the age of 17, before graduating high school. 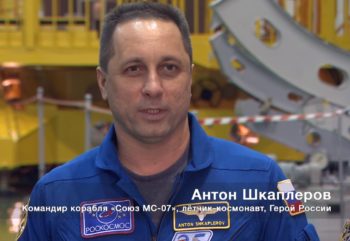 He then entered Kachinsk Air Force Pilot School, graduating in 1994 as a pilot-engineer before going on the N. E. Zukovskiy Air Force Engineering where he completed training in 1997.

From there he served as a senior pilot-instructor in the Russian Air Force, flying three different types of aircraft: Yak-52, L-29 and MiG-29.

He is a Class 2 Air Force pilot-instructor and Instructor of General Parachute Training, having performed more than 300 parachute jumps.

Shkaplerov was selected as a test-cosmonaut candidate of the Gagarin Cosmonaut Training Center Cosmonaut Office in May 2003 and attended basic space training from June 2003 to June 2005 – at which point he qualified as a test cosmonaut.

From April to October 2007, Shkaplerov served as Director of Operations, Russian Space Agency, at the Johnson Space Center in Houston, Texas before being assigned as the backup Commander for Expedition 22 to the ISS. 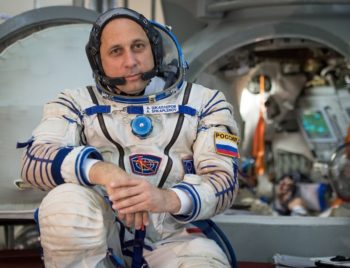 He then received assignment as a Flight Engineer for Expeditions 29/30.

He launched on his first spaceflight on 16 November 2011 as the Commander of Soyuz TMA-22 – arriving at the Station two days later.

During his first spaceflight, Shkaplerov participated in an EVA (Extra Vehicular Activity, or spacewalk) to install shielding outside the Zvezda Service Module to protect that portion of the ISS from micrometeoroid orbital debris.

The spacewalk also saw Shkaplerov participate in moving the Strela 1 Crane from the Pirs docking module to the Poisk Mini-Research Module (MRM-2).

Overall, Shkaplerov spent 165 days on the ISS before returning to Earth on 27 April 2012.

He returned to space just over two years later on 23 November 2014 as the Commander of Soyuz TMA-15M bound for another six month stay aboard the International Space Station as a member of Expeditions 42 and 43.

During his second stay aboard the orbiting lab, Shkaplerov accrued another 199 days in Earth orbit before returning to Earth on 11 June 2015.

At the conclusion of his second spaceflight, Shkaplerov had a cumulative 365 days – one full year – of time spent in space.

Based on his performance on both missions, he was quickly reassigned to a third long-duration mission to Expeditions 54 and 55.

Once arriving at the International Space Station this week, Shkaplerov will take up the role of Flight Engineer for the first three months of his stay before assuming command of the Station – the first time he will do so – when Expedition 55 begins next year.

Norishige Kanai was born in December 1976 and holds a medical degree from the National Defense Medical College, which he earned in 2002. 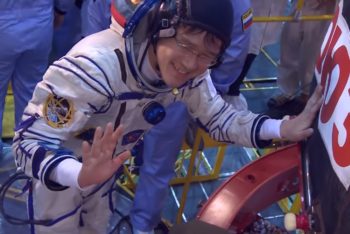 He is also a member of the Japan Surgical Society as well as the Japanese Society of Hyperbaric and Undersea Medicine.

Following a two-year stint there, he took an assignment at the Japan Self-Defense Force Ohminato Hospital in Aomori, Japan.

In 2006, he also completed U.S. Navy Diving Medical Officers course as an international military student at the Naval Diving and Salvage Training Center in Florida, qualifying as a Navy diver that year.

He then accepted another two-year appointment at the Department of Surgery at the National Defense Medical College Hospital in Japan before transferring to the Japan Self-Defense Force Hospital in Kure, Hiroshima, Japan in 2008. 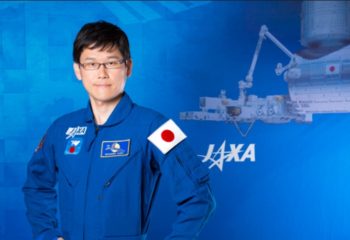 During this time, Kanai applied to the Japan Aerospace Exploration Agency (JAXA), for astronaut candidate selection.

His candidacy was successful, and he was selected as an astronaut candidate by JAXA in September 2009, arriving at the Johnson Space Center in Houston, Texas, later that month for NASA training.

He is one of 14 members of the 20th NASA astronaut class and participated in astronaut candidate training including scientific and technical briefings, intensive instruction in ISS systems, Extravehicular Activities (EVAs), robotics, and psychological training as well as T-38 flight training and water and wilderness survival.

After two years, he completed astronaut candidate training and was certified as an International Space Station astronaut in July 2011. 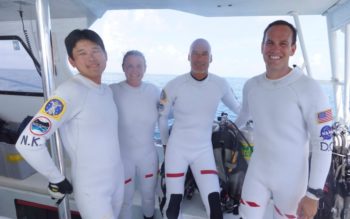 His first mission as an astronaut was not to space but to NASA’s undersea science laboratory as an aquanaut for the NEEMO-20 (NASA Extreme Environment Mission Operations – 20) mission off the coast of South Florida.

The international NEEMO-20 team performed their mission from 20 July – 2 August 2015, with objectives to simulate time delays associated with sending and receiving commands between controllers on Earth and astronauts on Mars, as well as underwater EVAs to simulate working on the surface of an asteroid.

The NEEMO-20 crew also utilized the DeepWorker submersible as an underwater stand-in for a multi-mission space exploration vehicle to help with future exploration goals for NASA and the international community.

Less than a month after completing NEEMO-20, Kanai was assigned in August 2015 as a Flight Engineer for Expeditions 54 and 55 – which will mark his first trip to space.

Scott David Tingle, born 1965, is a NASA astronaut who, like Kanai, is a member of NASA’s 20th astronaut group. 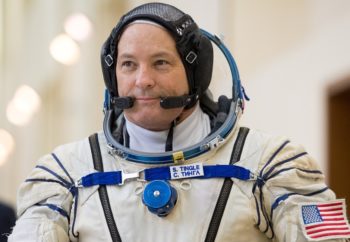 Following graduate school, Captain Tingle spent three years with the Aerospace Corporation, El Segundo, California, as a member of technical staff in their Propulsion Department, and was commissioned as a naval officer in 1991.

He earned his wings of gold as a naval aviator in 1993 and began his operational flying career in 1994 with the Blue Diamonds.

Following graduation from Navy Test Pilot School in 1998, he performed as an operational test pilot for the FA-18E/F Super Hornet program with the Vampires of VX-9. 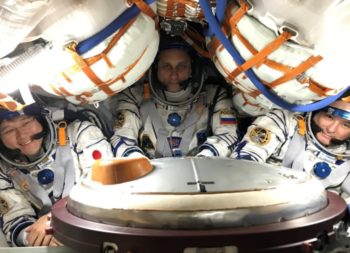 After a tour as assistant operations officer with the Strike Fighter Wing Pacific and instructor pilot with VFA-122, he completed a department head tour as safety officer, maintenance officer and operations officer while flying the FA-18A Hornet with the Warhawks of VFA-97.

Tingle was attached to PMA-201 as the assistant program manager/systems engineer for the Standoff Land Attack Missile (SLAM) and Harpoon weapon systems when selected as an astronaut.

He has accumulated more than 4,500 flight hours in 51 types of aircraft, 750 carrier arrestments and 54 combat missions.

He was selected in August 2009 as an astronaut candidate by NASA, and was certified for missions to the ISS in 2011.

In August 2015, he was assigned to his first space mission as a member of the Expedition 54 and 55 crews.