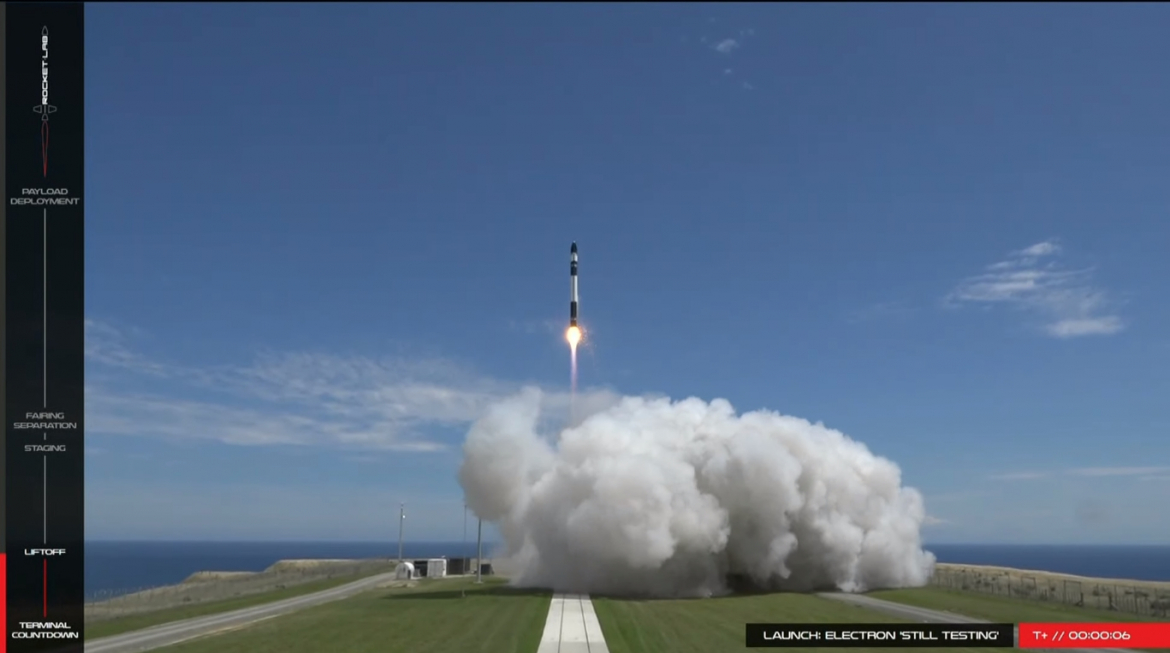 Rocket Lab has returned to action with the second launch of its Electron rocket from the Māhia Peninsula from the North Island of New Zealand’s eastern coast. Several attempts to launch at the end of last year were scrubbed before regrouping for a new attempt – which was also scrubbed, due to a wayward boat, a technical issue and then the weather – before finally launching at 01:43 UTC on Sunday and appears to have been a success.

Much like Vector Space – which is currently in small-scale suborbital testing with aims to enter the launch market next year – Rocket Lab caters to much the same market, offering small satellite users a dedicated launch system to eliminate ride-sharing requirements on the larger, more established launchers.

According to the company’s website, Rocket Lab lists its launch services with Electron as costing $4.9 million (USD) per flight.

Rocket Lab’s journey to its inaugural orbital launch began 11 years ago with the company’s founding by CEO Peter Beck, a citizen of New Zealand.

The first launch was technically a success in that initial parameters were met. However, it did not reach orbit, as was intended during the test flight in May of this year.

Rocket Lab noted that engineers spent two months working through an extensive fault tree analysis, reviewing of over 25,000 channels of data collected during the flight in addition to extensive testing at Rocket Lab facilities in California and New Zealand.

They found the first flight was terminated due to a data loss time out, which was caused by misconfiguration of telemetry equipment owned and operated by a third-party contractor who was supporting the launch from Rocket Lab’s Launch Complex 1.

The conclusions found that four minutes into the flight, at an altitude of 224 km, the equipment lost contact with the rocket temporarily and, according to standard operating procedures, range safety officials terminated the flight.

Data, including that from Rocket Lab’s own telemetry equipment, confirmed the rocket was following a nominal trajectory and the vehicle was performing as planned at the time of termination, the company added.

“We have demonstrated Electron was following its nominal trajectory and was on course to reach orbit,” said Beck.

“While it was disappointing to see the flight terminated in essence due to an incorrect tick box. We can say we tested nearly everything, including the flight termination system. We were delighted with the amount of data we were able to collect during an exceptional first test launch.”

With a fix installed on the system, Rocket Lab noted they had high confidence ahead of the second test flight. 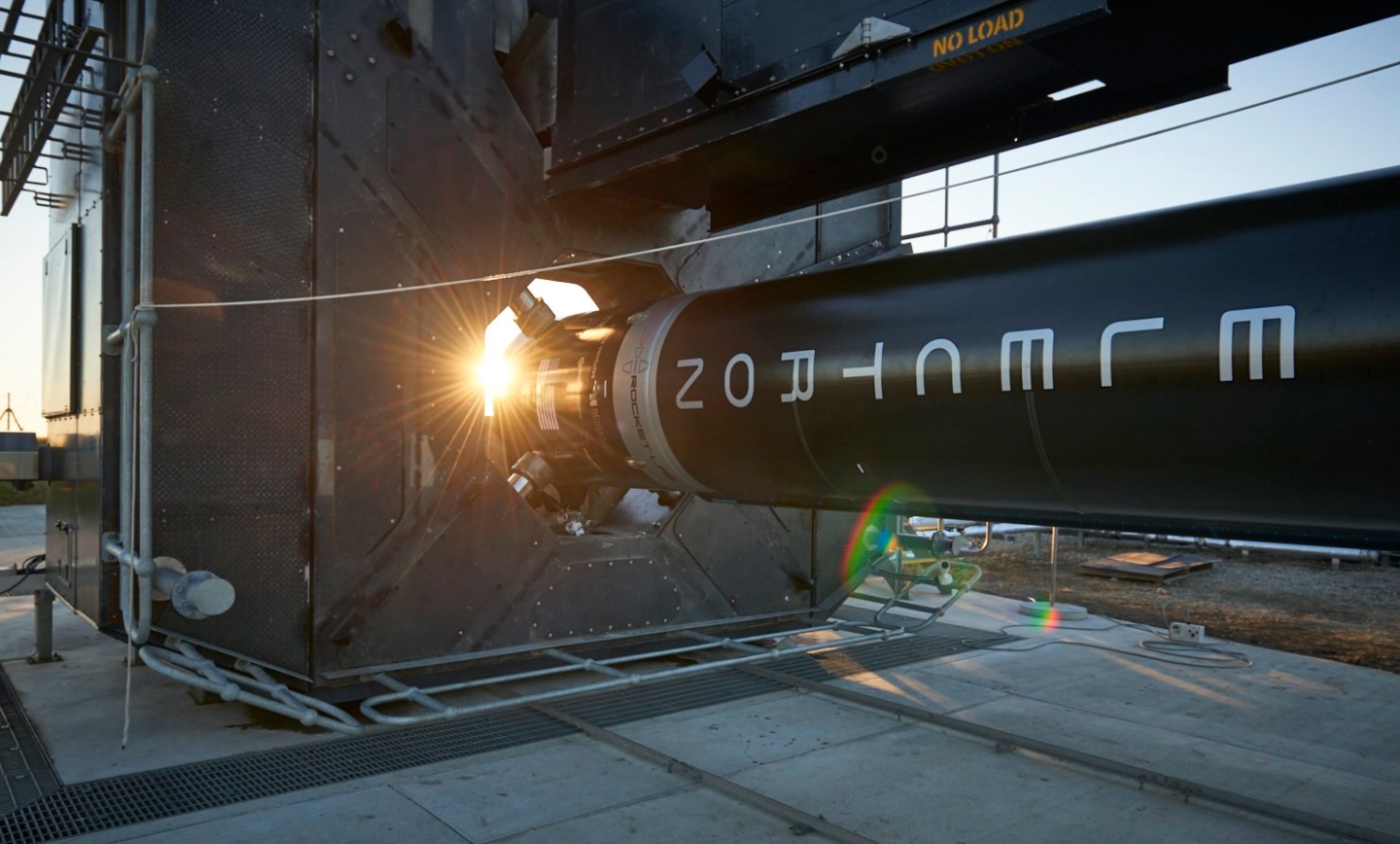 “The fix for the issue is simple and corrective procedures have been put in place to prevent a similar issue in future,” the company added.

“No major changes to the Electron launch vehicle hardware have been required and the company has authorized the production of four additional launch vehicles as it prepares for commercial operations ahead of the test flight program.”

The second launch was a success, despite the numerous scrubs caused by a variety of issues, some not of the rocket’s doing – such as boats in the range.

However, it was worth the wait as Electron conducted what is being classed as a successful mission. 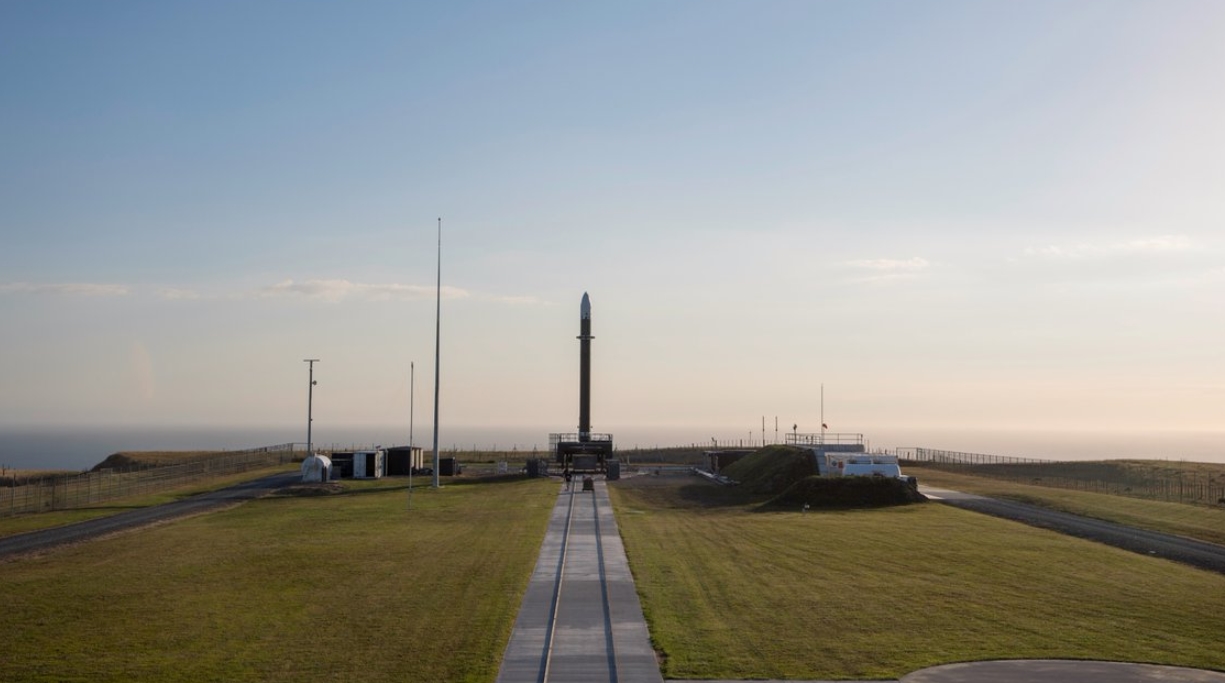 The first stage engines have an Isp (Specific Impulse) of 300 seconds in a vacuum.

Unique to the Electron rocket are those electric pump-fed Rutherford engines.

Designed in-house and specifically for the Electron, the first-of-its-kind engine – named after New Zealand scientist Ernest Rutherford – is a small, liquid-fueled engine capable of producing a maximum thrust of 5,000 lbf (22 kN) in a vacuum. 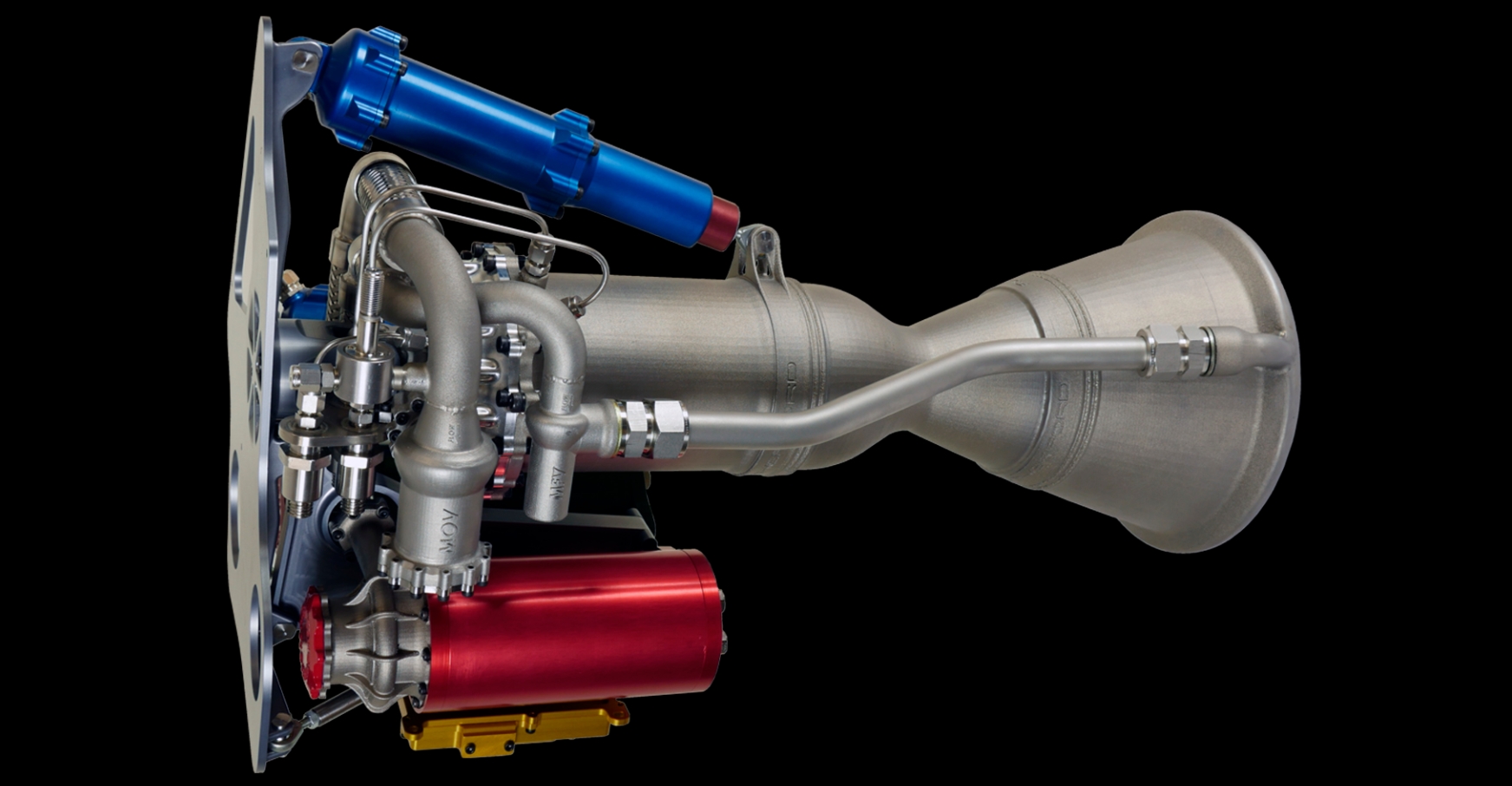 For the Electron rocket, each core stage Rutherford engine will produce a little more than 3,800 lbf at liftoff, increasing to slightly more than 4,570 lbf as the rocket ascends into the vacuum of space.

By contrast, the vacuum-optimized Rutherford on the second stage will produce the engine’s maximum 5,000 lbf.

The unique electric design replaces the high-pressure gasses used in gas-generator cycle engines with an electric motor – reducing the overall weight and increasing the efficiency of the engine. 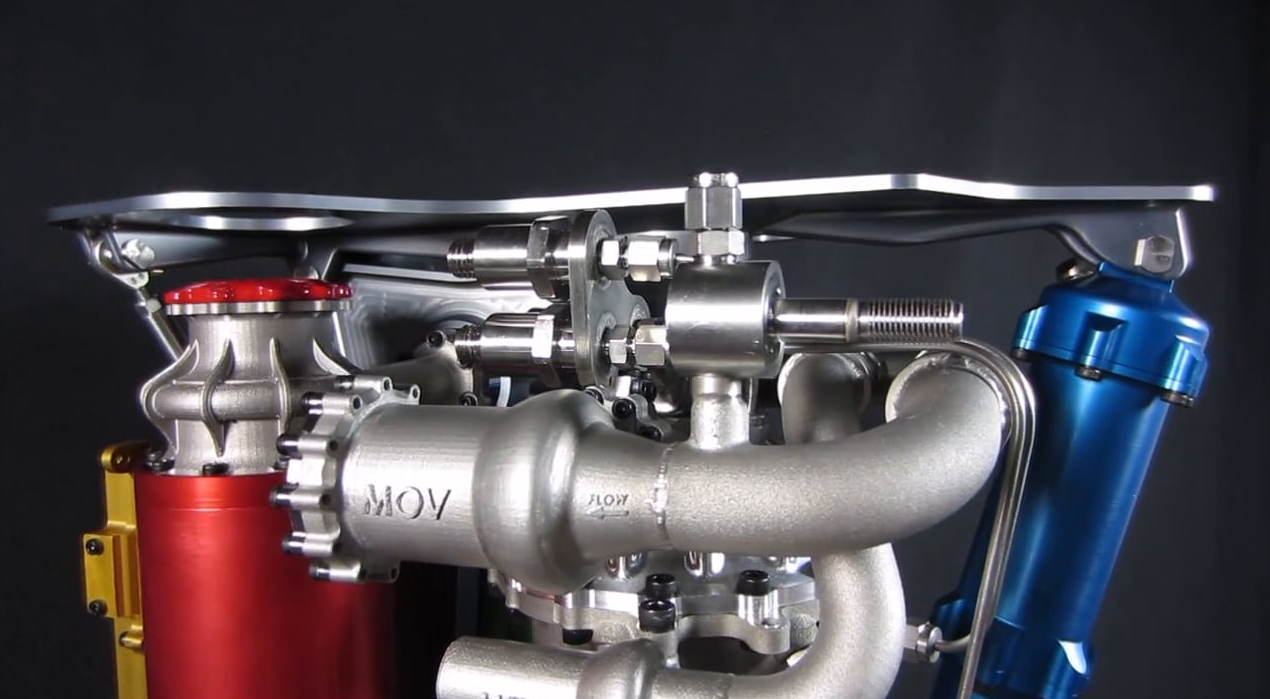 The pumps on each engine will be actuated by a brushless DC electric motor – fed by a Lithium polymer battery bank – that is powered by DC (Direct Current) electricity via an inverter/switching power supply which produces the Alternating Current (AC) that then drives the various phases of the motor via a closed loop controller.

At engine start up, LOX will flow from its propellant tank into the electric oxidizer pump, from which it will travel directly into the engines’ combustion chambers.

The RP-1 will likewise drain from its propellant tank into the electric fuel pump; however, it will first be directed through heat exchange tubing down the outside of the engine nozzles before traveling back up into the combustion chambers, where it will meet the LOX.

Use of this kind of electric motor system produces a 95% efficiency as compared to the 50% efficiency achieved through standard gas-generator cycle engines.

To accommodate its customer needs, Rocket Lab developed a dedicated launch facility on the east coast of New Zealand on the Māhia Peninsula of the North Island. 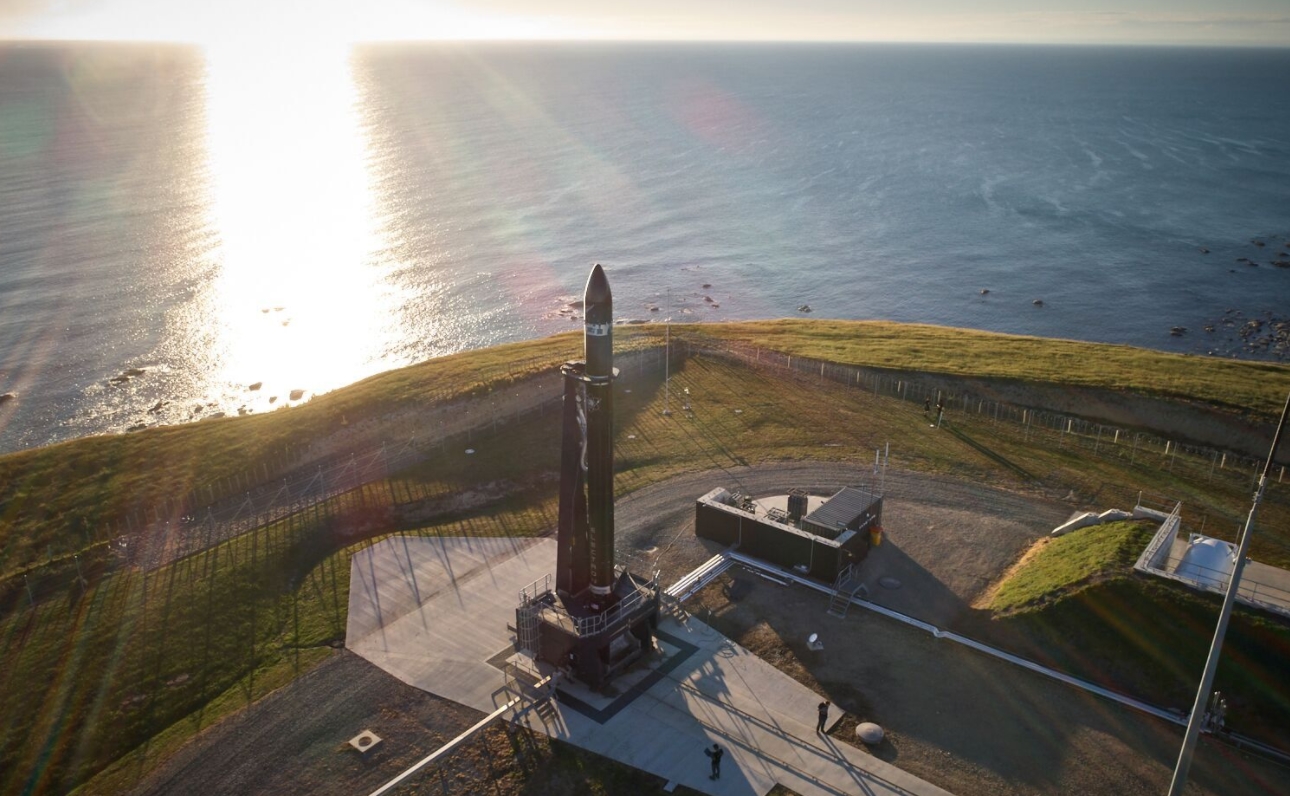 The Launch Site – via Rocket Lab

Officially opened on 26 September 2016, Rocket Lab Launch Complex 1 had initially been planned for construction on Kaitorete Spit on New Zealand’s South Island near Canterbury before construction negotiations stalled and Rocket Lab moved the launch site to the North Island and the Māhia Peninsula.

The selection of the Māhia Peninsula was actually more favorable from a geographic consideration as it permits a wide range of available orbital inclinations to launch into – with various Sun-Synchronous Orbit (SSO) flights to various inclinations ranging between 39 and 98 degrees available.

The Māhia Peninsula – New Zealand’s first orbital launch site – also offered less interaction with standard aviation routes, allowing the site to be licensed for up to 100 flights per year with a maximum flight rate of one launch every 72 hours.

Very similar to the facilities and architecture utilized by SpaceX for their Falcon 9 rocket, Rocket Lab built a launch complex for its Electron rocket featuring a pad with a 50-tonne launch platform and tower, storage tanks for propellant and oxidizer, and a hanger where the Electron rockets and their payloads will be integrated prior to transport to the pad.

Unlike SpaceX, however, which transports its Falcon 9 rocket horizontally to the pad resting on top of the Transporter/Erector/Launcher (TEL), Rocket Lab inverts that process, horizontally transporting the Electron underneath its TEL. 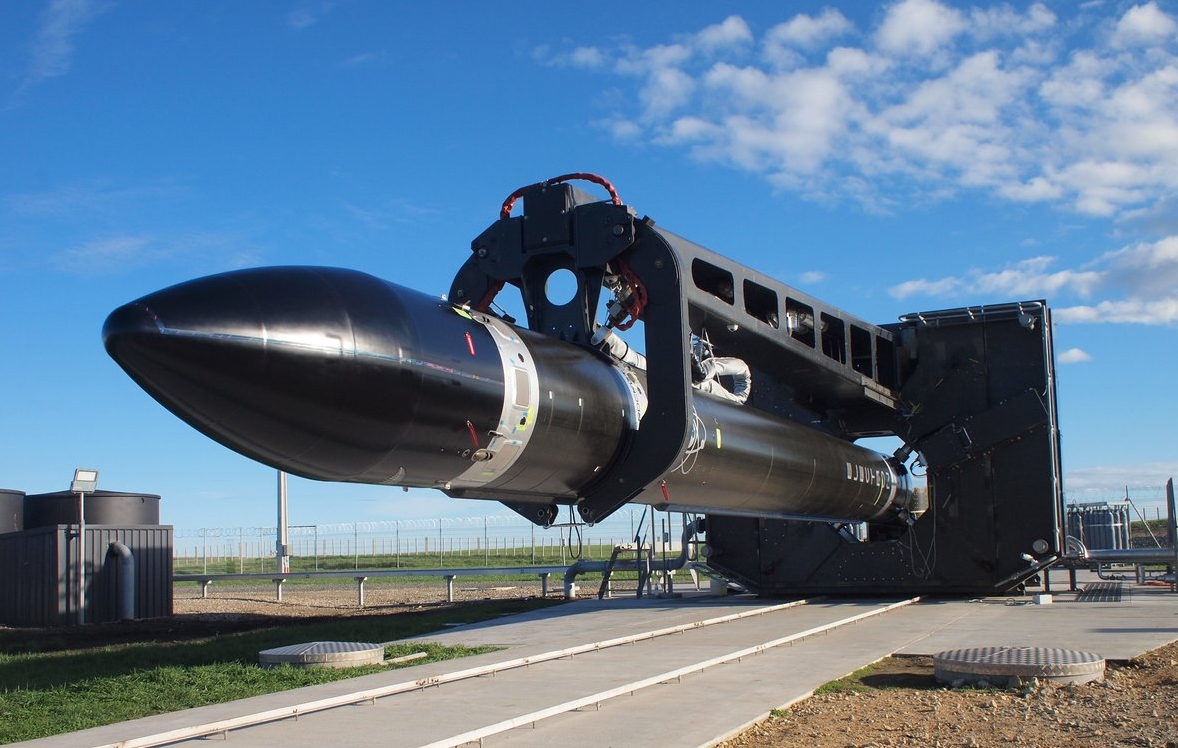 Electron Roll Out – via Rocket Lab

As with launch locations in the United States, Rocket Lab Launch Complex 1 is located on a remote area of land within New Zealand – providing increased safety and a natural barrier to curious humans.

Regardless, for the initial series of three test flights, Rocket Lab expects to use an 8 km (5 mi) exclusion zone around the pad for safety considerations with that zone reducing in size once operational launches begin.

The Mission Control Center for Electron and Rocket Lab is centered in Auckland, New Zealand – approximately 500 km (310 mi) to the northwest – and will allow the Rocket Lab teams to monitor more than 25,000 data channels during the countdown and launch.