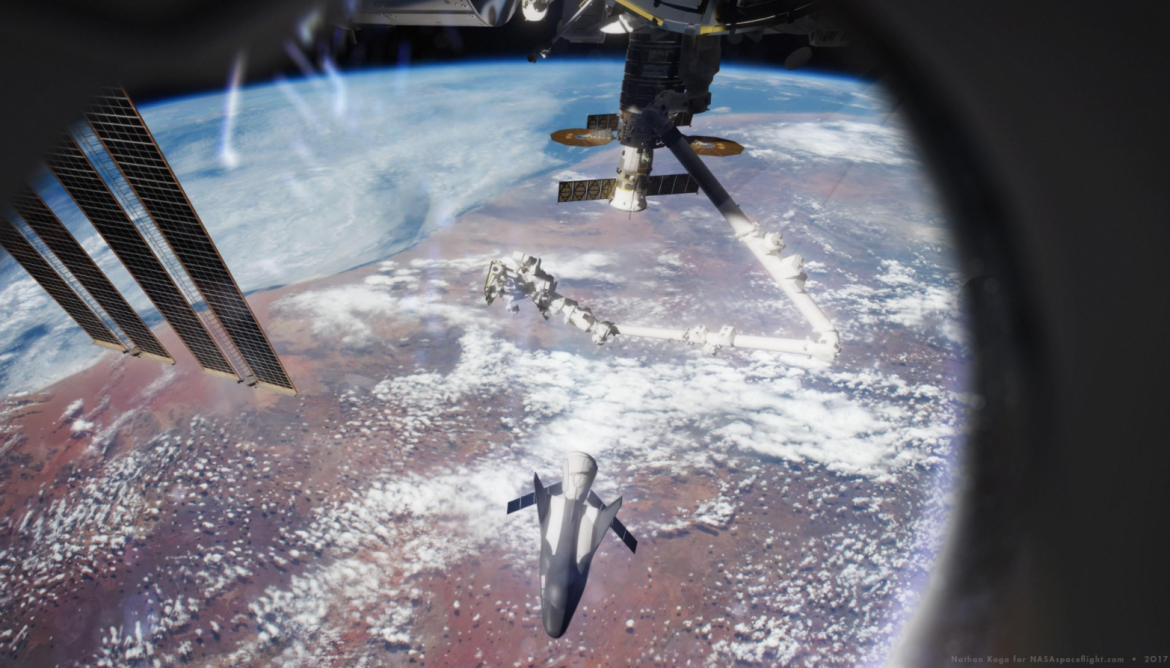 NASA has provided the milestone of “Authority to Proceed” to Sierra Nevada Corporation (SNC) for the Dream Chaser spacecraft’s first NASA mission to the International Space Station. The launch atop an Atlas V to the orbital outpost has been provided with a window late in 2020. The cargo version of Dream Chaser is working under NASA’s Commercial Resupply Services Contract 2 (CRS2).

It’s been a long road for Dream Chaser, with her development mainly focused on the crew capable version of the spacecraft.

However, the crewed Dream Chaser was sidelined from NASA’s Commercial Crew Program (CCP) when NASA chose SpaceX’s Dragon 2 and Boeing’s Starliner capsules for the transportation of NASA astronauts to the ISS.

SNC still ensured this version of the vehicle would complete a major milestone in the Commercial Crew Integrated Capability (CCiCAP) contract, completing a successful approach and landing test 2 (ALT-2) in November.

That test program saw Dream Chaser transported to the Armstrong Flight Research Center in January 2017 to begin further testing and evaluation. This included runway tow tests and captive carry tests, before culminating with the ALT-2 test on November 11. The spacecraft was lifted by a 234-UT heavy lift helicopter and released at a height of 12,324 feet.

Over the next 60 seconds, the vehicle glided 16,217 horizontal feet and reached a maximum speed of 330 miles per hour. At touchdown on the runway, the Dream Chaser was traveling 191 miles per hour and came to a stop within 4,200 feet.

This completely successful test also confirmed critical components needed for missions to and from the ISS. The maneuvers and control inputs made by the integrated computer system confirmed the spacecraft’s stability in dynamic and stressful conditions.

“The test was a huge success and when we looked at the data we were thrilled to see how closely our flight performance projections matched the actual flight data,” said Steve Lindsey, vice president of SNC’s Space Exploration Systems business unit.  “This gives us high confidence in our atmospheric flight performance as we move towards orbital operations.” 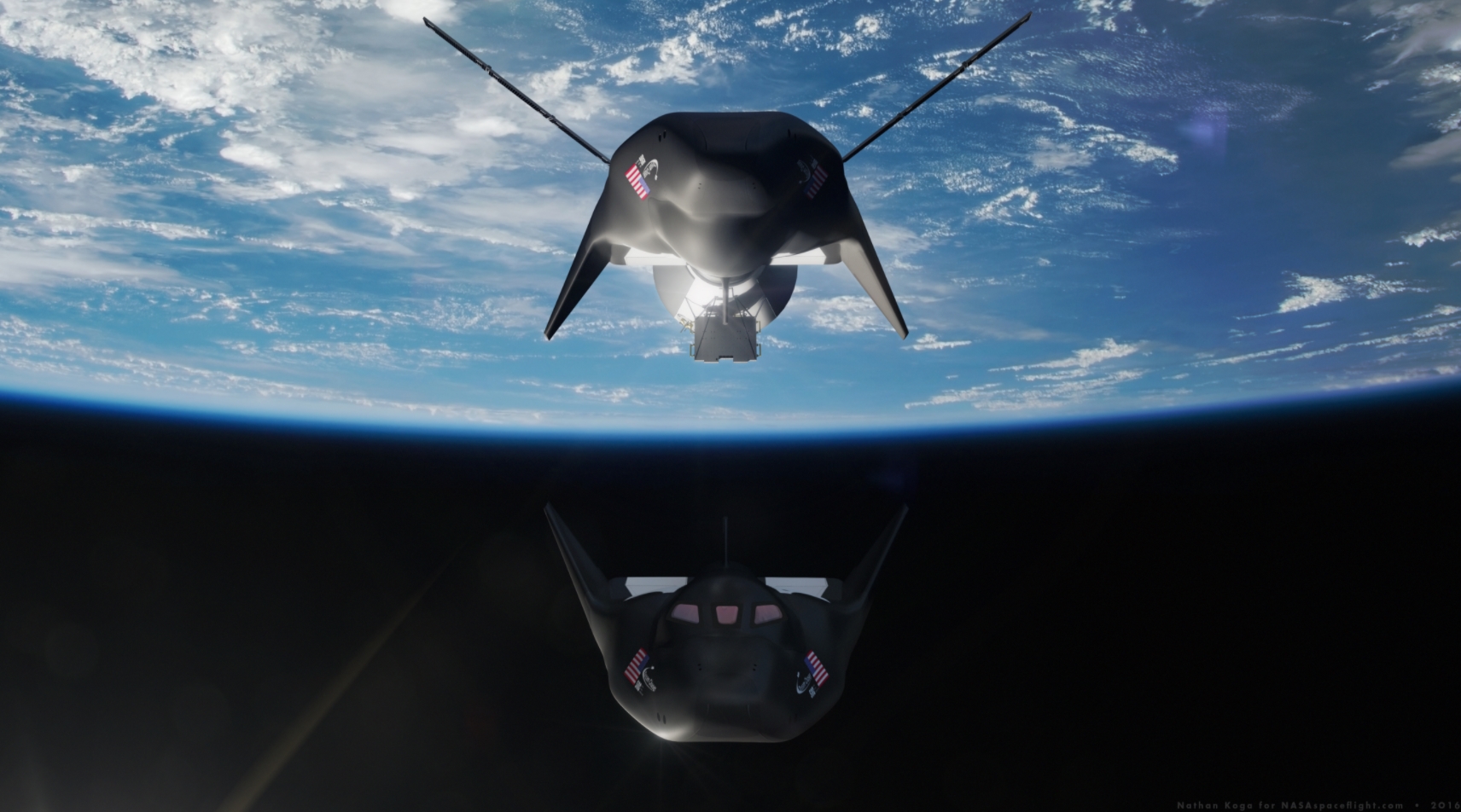 Following the test, the data was provided to NASA’s Commercial Crew Program for review. They confirmed that it fully met or exceeded all of the requirements for the 4B milestone of NASA’s Commercial Crew Integrated Capability (CCiCAP) contract and authorized full payment for the milestone.
The data also validated the spacecraft design for a safe and reliable return of cargo from the ISS to the Earth and will be used to complete the final design of the vehicle.

“Achievements of this magnitude require the involvement and collaboration of many people. The Free-Flight test took place at the same historic location where the sound barrier was broken 70 years ago and where the Space Shuttle program began 40 years ago. With that historic legacy, I would like to extend our sincere appreciation to our whole flight team,” added Mark Sirangelo, SNC’s Executive Vice President of Space Exploration Systems.

SNC had already begun work on the cargo version of Dream Chaser and were awarded a Commercial Resupply Services 2 (CRS-2) contract in 2016, along with SpaceX’s Dragon cargo and Orbital ATK’s Cygnus capsule.

In July of 2017, SNC and United Launch Alliance (ULA) jointly announced that the Atlas V would launch the first two cargo versions of the Dream Chaser to the ISS as part of the contract. The first mission is scheduled to launch from Space Launch Complex 41 at the Cape Canaveral Air Force Station (CCAFS) in 2020 and the second in 2021.

Those dates have been notional until Wednesday when NASA provided the milestone “Authority to Proceed” green light for SNC to complete their processing flow for the first Dream Chaser to launch in the latter part of 2020.

“SNC has been successfully completing critical design milestones as approved by NASA, and having a timetable for the first launch is another important step achieved for us,” said Fatih Ozmen, owner and CEO of SNC.  “The team has worked so hard to get to this point and we can’t wait to fulfill this mission for NASA.”

The Atlas V will fly in the 552 configuration, with a five meter fairing, five solid rocket boosters and Centaur upper stage with dual engines. Following its stay at the ISS, the Dream Chaser will land at Kennedy Space Center’s (KSC) Shuttle Landing Facility. 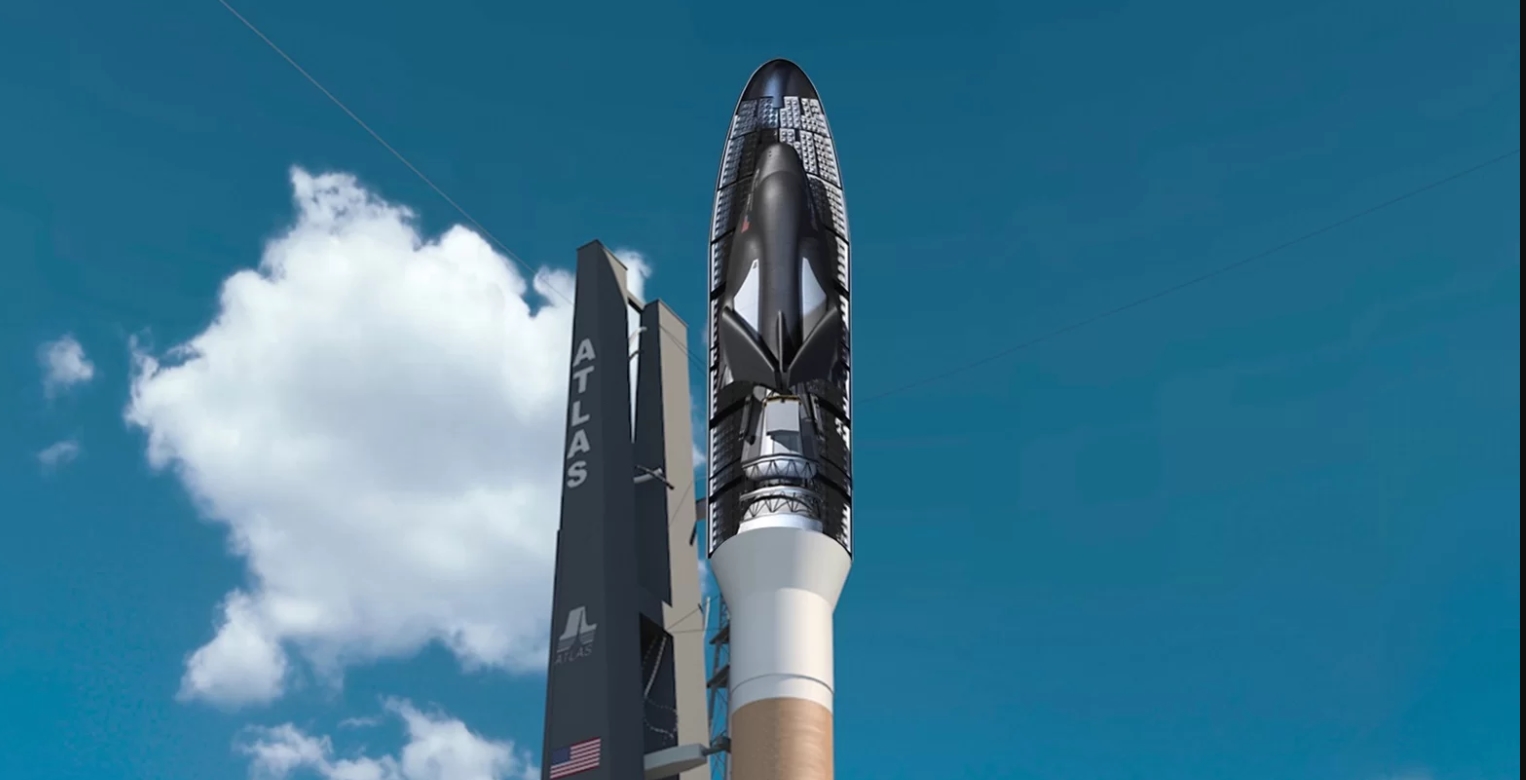 “The Dream Chaser is going to be a tremendous help to the critical science and research happening on the space station,” added Mr. Sirangelo.

“Receiving NASA’s Authority to Proceed is a big step for the program. We can’t wait to see the vehicle return to Kennedy Space Center to a runway landing, allowing immediate access to the science payloads being returned from the station.”

NASA and the ISS Program is expected to firm up the launch date early in 2020 based on Visiting Vehicle requirements and the status of the CRS2 vehicles.