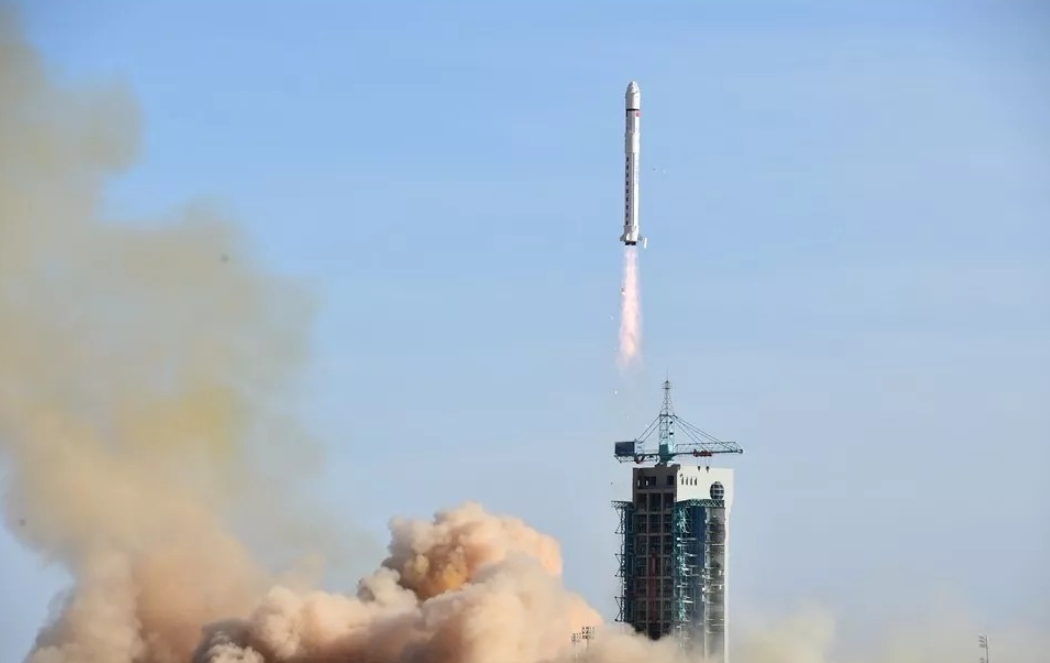 A Long March 2D has conducted the sixth Chinese launch of 2018, with the lofting of the Zhangheng-1 spacecraft, a new research satellite for the observation of ionospheric precursors of earthquakes. The launch took place at 07:51 UTC on Friday from the 94 Launch Platform at the LC43 Launch Complex from the Jiuquan Satellite Launch Center (JSLC). An additional six small satellites rode along with the primary payload.

The Zhangheng-1 (ZH-1) – also known as China Seismo-Electromagnetic Satellite (CSES) – was developed by the Chinese Academy of Space Technology (CAST) and is based on the CAST2000 bus.

ZH-1 carries six instruments to measure the electromagnetic effects of earthquakes above 6 magnitude in China and quakes above magnitude seven all over the world. 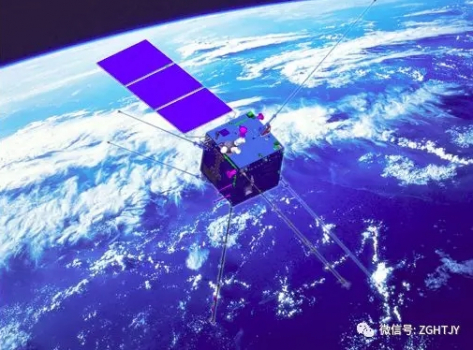 On board the satellite is the High-Energy Particle Detector (HEPD) to detects protons and electrons, measuring the flow of protons and electrons in short-term disturbances in the radiation belt whether caused by terrestrial, solar or anthropic phenomena; the Search-coil magnetometer (SCM) that will measure fluctuations in the magnetic field of the ionosphere and the Electric Field Detector (EFD) to measure the variation of the ionosphere electric field due to disturbances from solar, seismic and anthropic phenomena.

Also included is the High-Energy Particle Package (HEPP), composed of three instruments designed to measure high energy particles (a solar x-ray detector, a high-energy detector and a low-energy detector); a Langmuir Probe to examine the parameters of the ionosphere in real time and on site together to the coupling of the ionosphere and the lithosphere before, during and after an earthquake occurs; the High-Precision Magnetometer (HPM) to take measures based on the spectroscopy of two photons of free alkaline atoms; and a plasma analyser to measure the density, composition, temperature and drift velocity of the ions of which the plasma is composed to check the coupling between ionosphere and seismic.

Also onboard is a GNSS Occultation Receiver to measure the total electron content and obtain the vertical density of electrons, and a beacon that will operate in three bands that will allow transmission in VHF / UHF / L-band, also measuring ionospheric irregularities in the three bands for transmission from space to the ground. 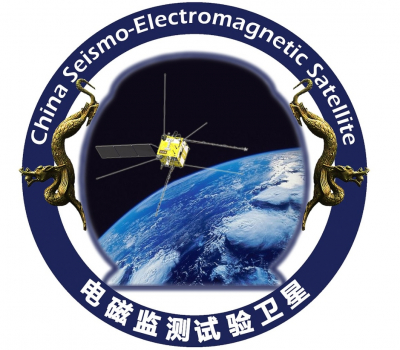 The lithosphere-atmosphere-ionosphere coupling is a complex subject involving many physical effects and interactions that occur from the Earth surface up to the magnetosphere. The investigation of such coupling mechanisms – and in particular of the, partially unknown, behavior of the iono-magnetosphere transition region – is of fundamental importance for Earth remote sensing, monitoring of the near-Earth electromagnetic environment and studying of natural hazards.

A great part of these effects is caused by natural non-seismic and anthropogenic electromagnetic emissions, but of particular relevance are the electromagnetic disturbances associated with the seismic activity that can produce ionospheric perturbations as well as the precipitation of particles from the Van Allen belts, observed before, during and after earthquakes of medium and strong magnitude.

All of these phenomena must be distinguished from those induced by sources external to the geomagnetic cavity and by atmospheric events. In fact, an important role in controlling the dynamic of the topside ionosphere is played by the Sun – that generates (regular and irregular) variations of the lithosphere-ionosphere-magnetosphere parameters by impulsive events as solar Coronal Mass Ejections and Solar Flares – as well as by tropospheric activity (lightning, TLE, etc.)

The CAST 2000 is a compact satellite platform characterized by its high performance, expandability and flexibility.

This platform has already been successfully applied in several Chinese small satellites, including the Huanjing-A, B satellites, and its performance and reliability have proven to be excellent.

This platform is also capable of operating in low, medium and high orbits, and has a life span of more than three years. The CAST 2000 bus mass is between 200 – 400 kg and the payload capability is between 300 – 600 kg. The satellite has a 3-axis stabilization and a sway attitude control capability.

GomX-4A (Ulloriaq) and GomX-4B  will test intersatellite communication links and propulsion while orbiting up to 4500 km apart. The two satellites are based on the CubeSat models that are nanosatellites based on standardized 10×10 cm units. GomX-4B is a ‘6-unit’ CubeSat, double the size of its predecessor GomX-3, which was released from the International Space Station in 2015. 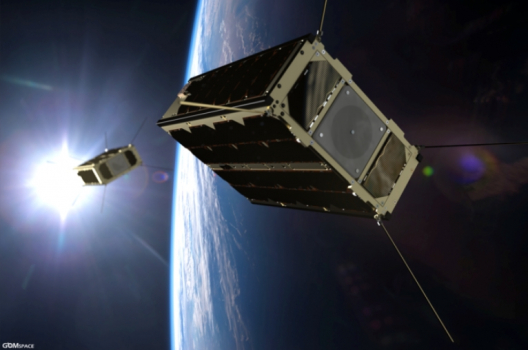 The two small satellites will test intersatellite link technology, routing data from one satellite to the other, then down to the ground station. Part of the ground testing ensured they could indeed talk to each other and the actual ground station on an end-to-end basis.

After separation from the second stage of the Long March-2D rocket, the two satellites will first orient themselves to align their antennas. Then GomX-4B will gradually fly away from its counterpart, pausing at around 100 km intervals with their intersatellite links activated to see how well they work. Their separation will be controlled by new cold-gas propulsion on GomX-4B contributed by Sweden’s NanoSpace company, using highly miniaturized thrusters.

The satellites will maintain their links through flat, patch antennas and software-controlled radios at a maximum distance of some 4500 km – a limit being set by the operating concept of a minimum of 10 satellites equally spaced around the same orbital plane to form a future constellation.

Apart from operating together, the two satellites have separate payloads. GomX-4B is the first CubeSat to fly the new HyperScout hyperspectral imager, developed by cosine Research in the Netherlands through ESA’s General Support Technology Programme. Hyperscout images Earth in 45 different spectral bands, gathering a wealth of environmental data. The amount of data will be immense, that the camera must perform its own processing to drastically reduce the amount needing to be sent back to the ground.

GOMX-4A was built by GOMSpace for the Danish Ministry of Defence and also build GOMX-4B for ESA, but under another contract.

Fengmaniu-1 (FMN-1) is a three-unit CubeSat developed by Link Space Aerospace Technology for scientific education and technology demonstration. FMN-1 main mission will be to test new components like two cameras in space serving also as a repeater for amateurs worldwide via the onboard transponder system with a FM repeater uplink 145.945 MHz and a FM repeater downlink and telemetry 435.350 MHz, 9k6 BPSK AX25. Launch mass is 3 kg. 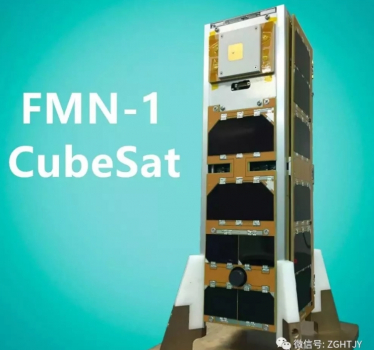 Shaonian Xing (also known as Youth Star) is a three-unit CubeSat developed by Chinese students as part of the Sat-China outreach project to engage youth in thinking about space, STEAM education, and even satellite development. Launch mass is 2 kg.

The Shaonian Xing resulted from an initiative organized by China Soong Ching-ling Foundation, by the China Association for Science and Technology, and by the Chinese Education Society.

The Argentinian ÑuSat-4 ‘Ada’ (Aleph-1 4) and ÑuSat-5 ‘Maryam’ (Aleph-1 5) satellites are part of the Aleph-1 constellation that is being developed and operated by Satellogic S.A..

The Aleph-1 constellation will consist of up to 25 satellites.

The two satellites are almost identical to each other and have a mass of 37 kg, with dimensions 450mm x 450mm x 800mm. The primary objective of the mission is to commercially provide earth observation images to the general public in the visible and infrared parts of the spectrum.

Both satellites are equipped with cameras operating in visible light and infrared and will operate in 500 km SSO orbit with inclination at 97.5 degrees.

ÑuSat-4 is designated ‘Ada’ in honor of Ada Lovelace, an English mathematician and writer, chiefly known for her work on Charles Babbage’s proposed mechanical general-purpose computer. ÑuSat-5 is designated ‘Maryam’ in honor of Maryam Mirzakhani, an Iranian mathematician and a professor of mathematics at Stanford University. Her research topics included Teichmüller theory, hyperbolic geometry, ergodic theory, and symplectic geometry. 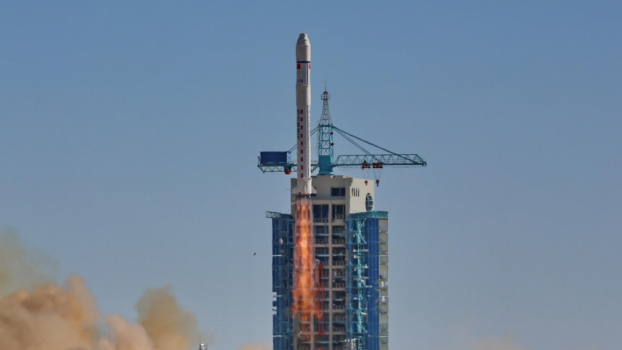 The first stage is the same of the Long March-4.

The LM-2D can use two types of fairings depending on the cargo. Type A fairing has a 2.90 meters diameter (total launch vehicle length is 37.728 meters) and Type B fairing with a diameter of 3.35 meters – total launch vehicle length is 41.056 meters.
Launch profile of the Long March-2D starts with engine ignition at 1.2 seconds before lift-off. Pitch over maneuver happens at 12 seconds into the flight and the end of the first stage ignition occurs at two minutes 33 seconds. Stage separation and second stage ignition occur one second latter. At 3 minutes 34 seconds the two parts of the fairing separate from the second stage. 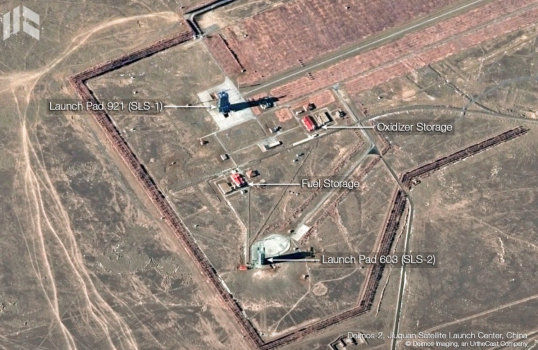