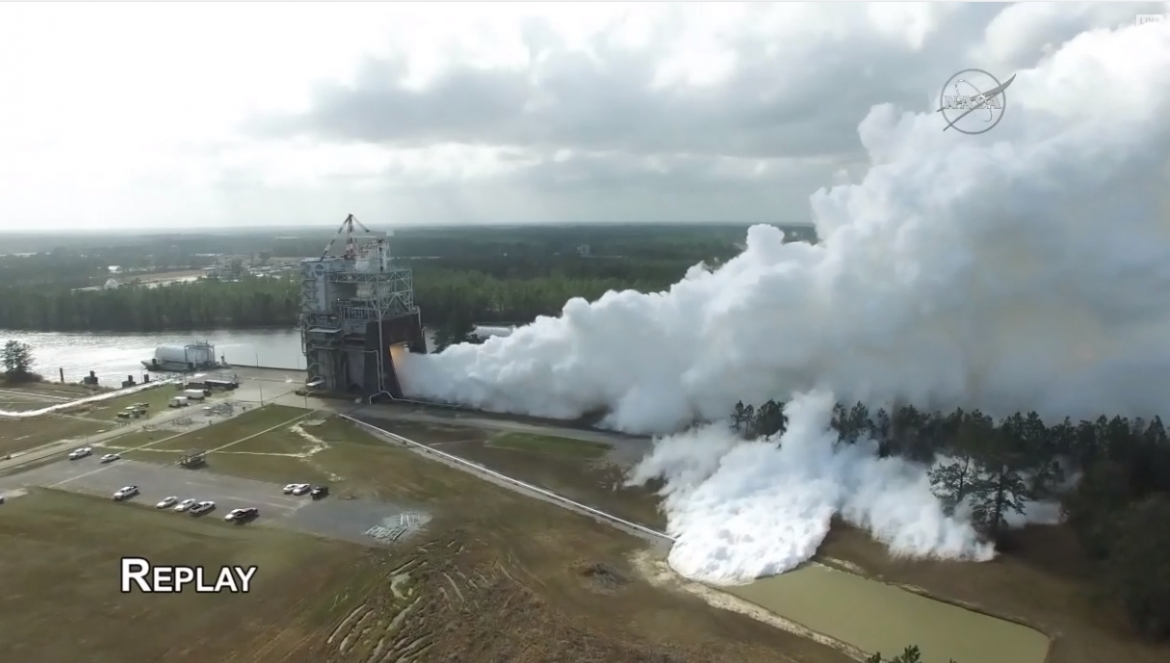 An RS-25 engine throttled up to 113 percent of rated power for the first time in a milestone test-firing on Wednesday.  Development Engine 0528 (E0528) was hot fired for about four minutes in the A-1 test stand at the Stennis Space Center in Mississippi to give NASA and prime contractor Aerojet Rocketdyne a first look at how the engine operates at this higher power setting.

The last hot-fire test in a long test series with E0528 is focused on development objectives for hardware that is being delivered from new manufacturing processes as a part of the RS-25 Production Restart Program.  Newly built engines will support future Space Launch System (SLS) launches.

In an email, Philip Benefield, Systems and Requirements Team Lead for the SLS Liquid Engines Office, told NASASpaceflight.com that the two primary objectives for this test center around running the engine at the new throttle setting.

The pogo accumulator assembly is the first of many major engine components that are being manufactured and assembled using newer, more cost-effective processes that will be used to produce new sets of RS-25 engines for future SLS vehicles.  NASA and Aerojet Rocketdyne are introducing modern manufacturing methods into the restarted engine production, such as additive manufacturing (also known as “3D printing”). 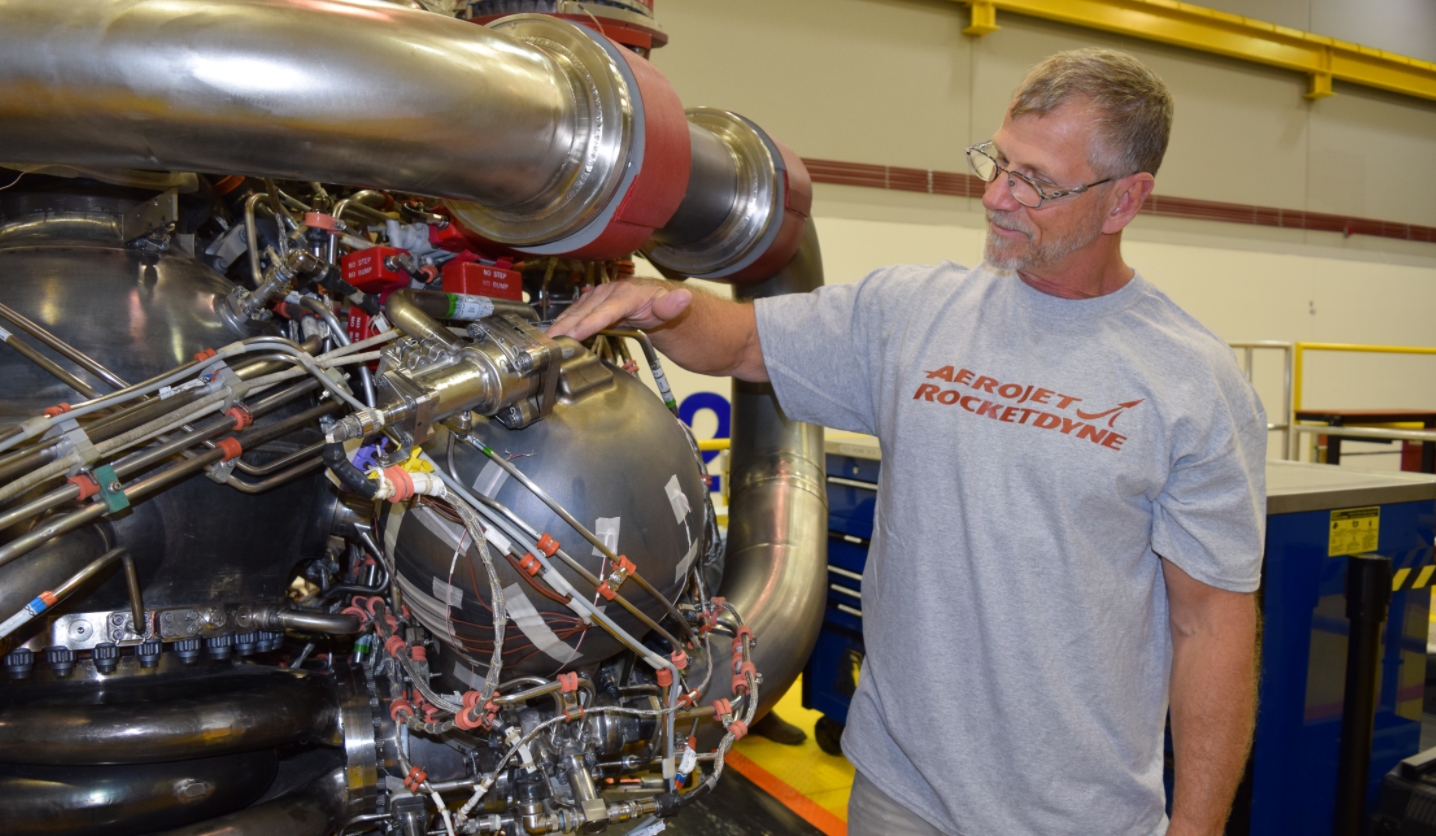 The pogo assembly was manufactured using an AM process called selective laser melting (SLM) that significantly reduced the number of parts needed for assembly and the number of welds.

In addition to the pogo assembly, Benefield also noted:  “We have a few redesigned seals installed in a few locations on the engine.

The Stennis test team of personnel from NASA, Aerojet Rocketdyne, and facilities contractor Syncom Space Services (S3) once again took the engine through an event-driven countdown beginning on Wednesday morning.  The test started when all of the prerequisite steps prior to ignition were complete and the hardware and the people are ready.  Ignition typically occurs in the mid-afternoon Central time. Firing was marked around 14:25 local.

Benefield said that Wednesday’s planned test duration is 260 seconds.  During the firing, E0528 will be throttled at 109 percent RPL for 137 seconds, and at 113 percent RPL for 50 seconds. This appeared to go to plan.

To help satisfy objectives for the test, Benefield also noted that the engine was to be started with the liquid oxygen (LOX) conditioned to be colder than normal.  The engine uses LOX as its oxidizer and liquid hydrogen (LH2) for its fuel. 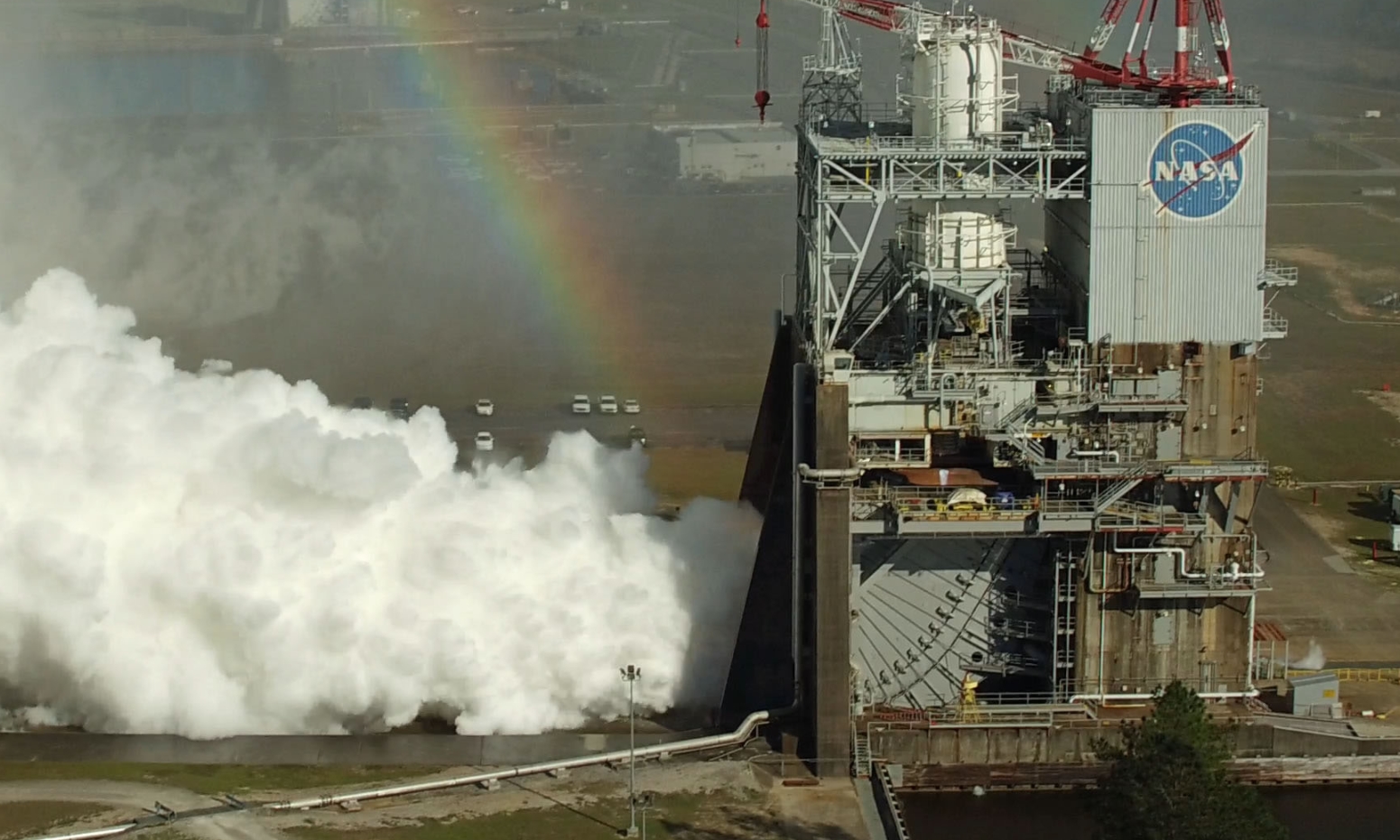 Ground testing of the engines over the decades has often “over-tested” the engines to demonstrate that they can operate safely above, below, and beyond conditions that would typically be seen in flight.  Testing engines at 113 percent RPL is another example of this over-testing, as newly-built engines are expected to only throttle up to 111 percent RPL during downstream SLS launches.

In contrast to most recent tests, a new engine controller unit (ECU) is not being acceptance tested; instead FM11, the ECU used in the last hot-fire test on February 1, remains integrated with E0528 for this production restart development test.

Hot-fire testing of changes to adapt the RS-25 for SLS use began in January 2015, in the A-1 stand at Stennis.  SLS is both physically longer and at times will accelerate faster during launch than Space Shuttles did, requiring different operating conditions for the engines from start through powered flight to shutdown.  The four engines in the SLS Core Stage will start and run at higher pressures than the three did in Shuttle, and the hydrolox propellant is also fed to them at colder temperatures.

The single-engine, hot-fire test objectives for certifying the adaptation engine changes were completed at the end of 2017, and the sixteen Shuttle holdover engines will be ready to fly on the first four SLS flights once they each receive a new, test-qualified engine controller.  So far, eight ECUs have been acceptance tested, filling out the first two engine sets. 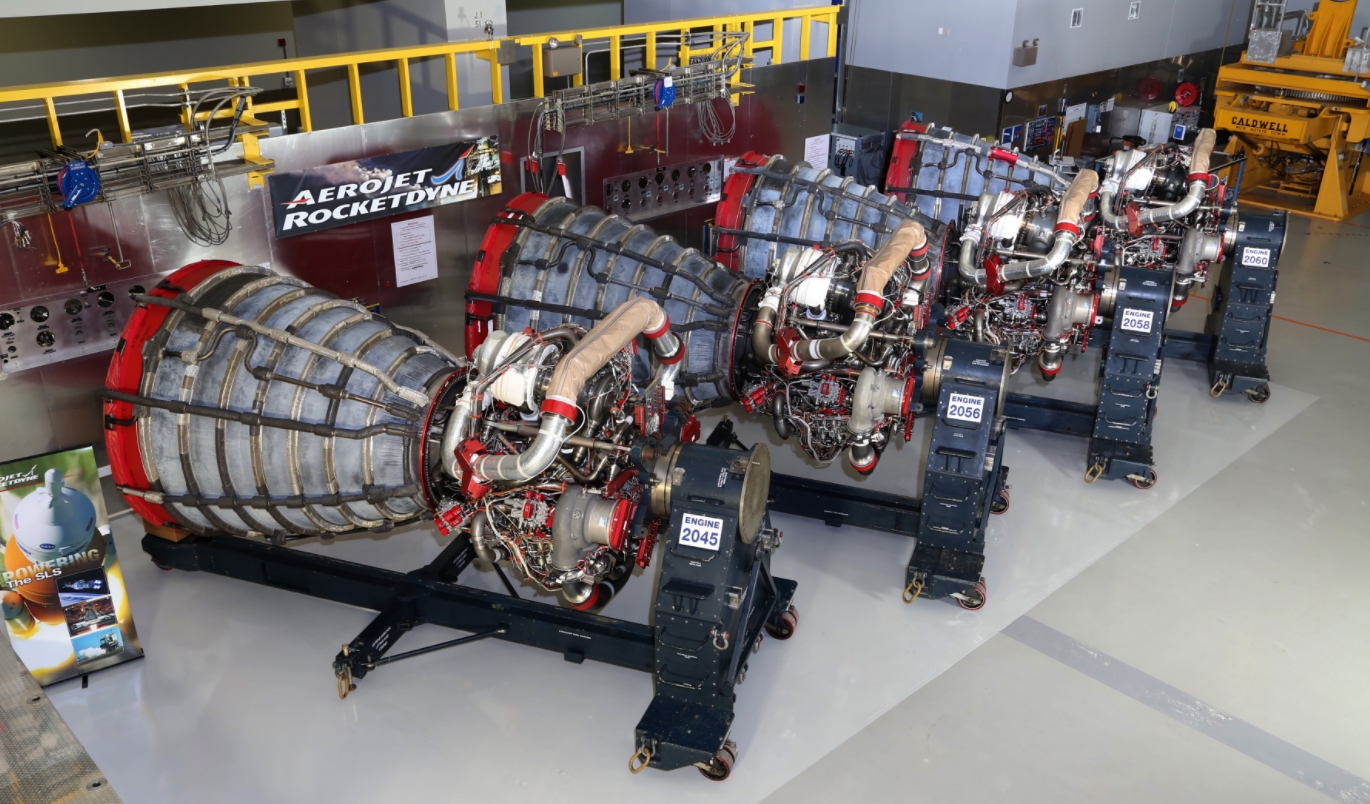 With SSME production long since retired and the need for new engines by the time the fifth SLS Core Stage is being assembled, NASA contracted SSME prime contractor Aerojet Rocketdyne to restart production of the engines for SLS, with cost-reduction goals being a priority.  SLS is an expendable launch vehicle, and so some of the design requirements like those for service life are not as high as when the engines flew on Shuttle.

Although new engines will be built using new manufacturing methods, the components will retain the same form, fit, and function as before.

Designed in the 1970s as the Space Shuttle Main Engine (SSME) for the Shuttle Program, the engine’s original rated power level (RPL) of 100 percent was approximately 375,000 pounds of thrust at sea-level and a vacuum thrust of approximately 470,000 pounds.  SLS will run the engines at higher thrust levels than Shuttle through most of flight.

At the end of the Shuttle program, the engines were normally operated at 104.5 percent RPL; for SLS, the adaptation engines will run at 109 percent RPL and then 111 percent RPL for the production restart units.  The engines are throttleable, and in SLS as with Shuttle they will be throttled depending on in-flight conditions and performance.

Wednesday’s test is the last of four hot-fire tests of E0528 in the Retrofit 1a series for production restart.  One of two development engines that are used in most ground testing, E0528 has been in and out of the A-1 stand supporting RS-25 development and certification since 2016.  Beginning with a hot-fire in July, 2016, this will be the thirteenth RS-25 test for the engine.

After the test, E0528 will be removed from the A-1 stand and returned to Aerojet Rocketdyne’s Stennis facility for more extensive retrofitting with production restart hardware.  Its place will be taken by the other development engine, E0525, for the Retrofit 1b test series planned to begin in August.

E0525 is itself is being retrofitted with new parts to go along with the new pogo accumulator.  “E0525 will have [a] redesigned main combustion chamber (MCC) as well as a high pressure fuel pump which incorporates a few production restart changes,” Benefield noted.

In the break, the A-1 test stand will also be modified to enable RS-25 engines to be gimbaled during future hot-fire tests.  Although modifications to the A-1 stand will start this year, Benefield noted that gimbaling engines in the stand won’t begin until after E0525 completes its test series and E0528 is back in the stand.

“This [upcoming] rebuild of E0528 will incorporate the redesigned MCC plus redesigned flex ducts which require gimbal demonstration testing,” he added.  That “Retrofit 2” test series is currently planned to begin in the late 2019 time-frame.

As with other requirements that changed when going from Shuttle SSMEs to the adaptation and production restart RS-25s, the engines won’t need to gimbal as much in the SLS configuration.

On Shuttle, the maximum gimbal requirement was about ten degrees; for the first four SLS launches with adaptation engines, the requirement is down to eight degrees and for production restart the requirement is six degrees.  The capability to swivel or gimbal an engine in the stand while it is firing will allow the design changes for the flex hardware to be fully qualified on the ground.