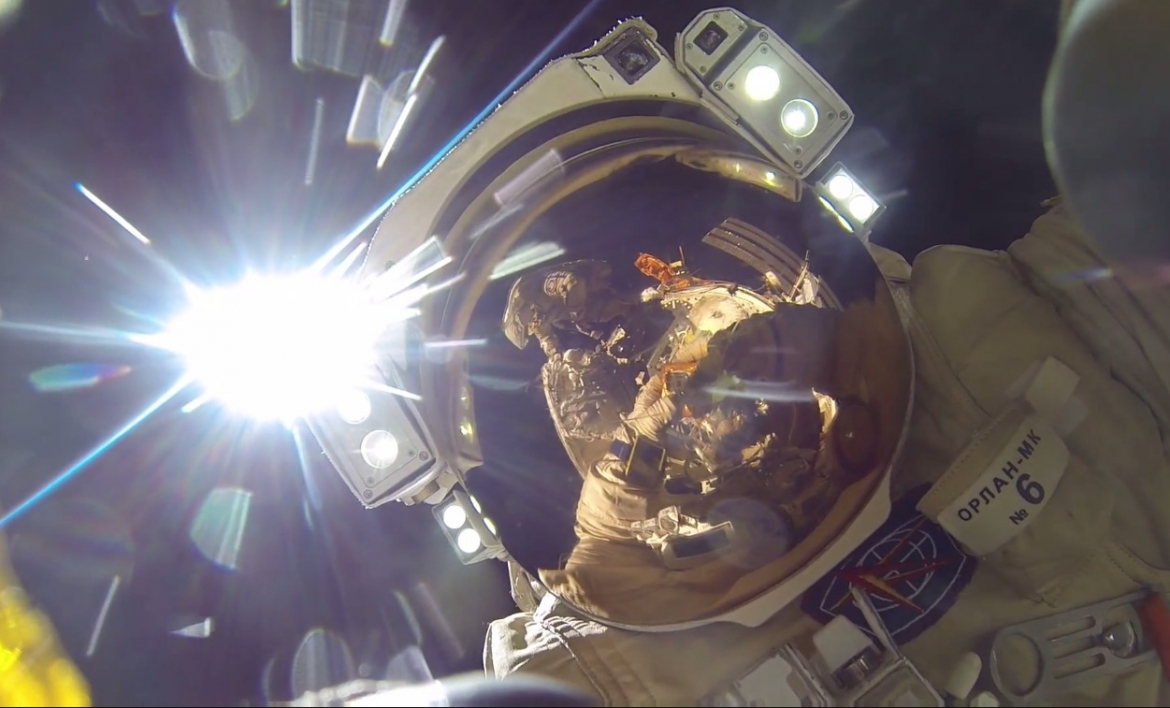 Cosmonauts Anton Shkaplerov and Alexander Misurkin have – during Russian EVA-44 – installed a new high gain antenna electronics box on the rear of the Zvezda service module. The duo left the Pirs model at 15:34 UTC for a spacewalk that was expected to last six and a half hours. However, this lasted over eight hours – breaking the Russian EVA duration record – as the duo had to troubleshoot the antenna’s deployment.
The Russian spacewalk was the fourth in Misurkin’s career and the second for Shkaplerov, as well as the 207th spacewalk in support of space station assembly and maintenance. Both were wearing Orlan suits that are debuting upgrades for this EVA.

Misurkin and Shkaplerov’s primary objectives during the spacewalk was to remove and jettison an electronics box for a high-gain communications antenna on the Zvezda service module and install an upgraded electronics box to communication between Russian flight controllers and the Russian modules of the orbital outpost. 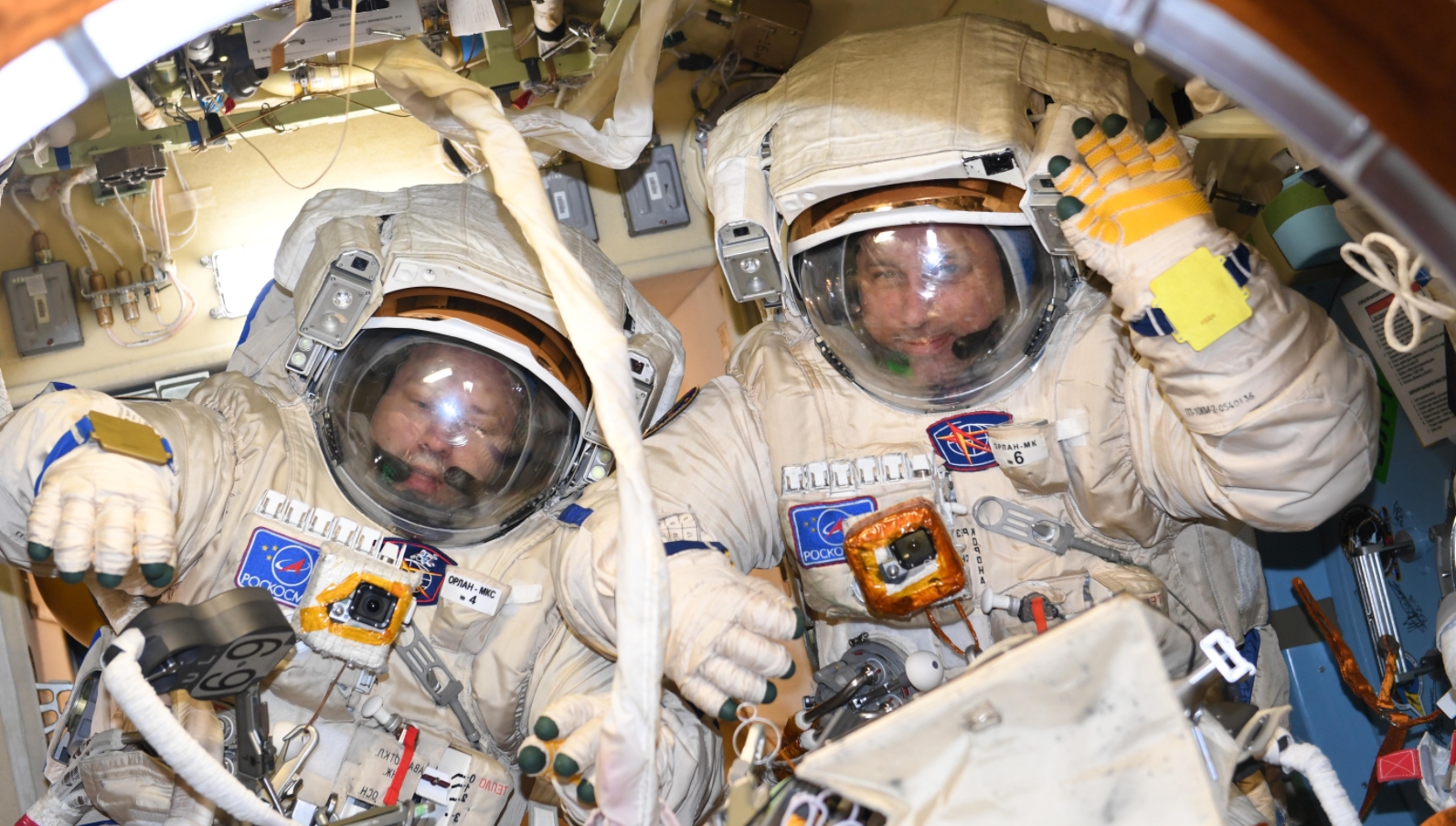 The cosmonauts also took detailed photos of the exterior of the Russian modules and retrieve experiments housed on Zvezda’s hull.

Shkaplerov went into greater detail of the tasks involved during an interview with the Russian media this week.

Based on the translation of the interview, Shkaplerov said the antenna they would be working on has been unused for many years as it was delivered to the ISS along with the Zvezda service module during the assembly of the station.

The reason it has been out of use for many years is that early in the ISS era the Russians assumed an advanced satellite system – like the US TDRS technology – was going to supersede the antenna system in question. However, funding was pulled and the satellites never launched.

He added that the antenna has been idle for 17 years in total, and although it physically works, the technology is outdated, so the installation task will changeout a relay and electronics unit to bring it up to spec.

Shkaplerov noted this work will be difficult, given “no one thought that it would have to change this unit in space. Therefore, we are going to have to unscrew bolts in thick gloves, dismantle the block and put in a new one.”

Tools have been “invented” to allow for this work on the outside of the Station, allowing for contingency plans had the primary tool does not work as required. 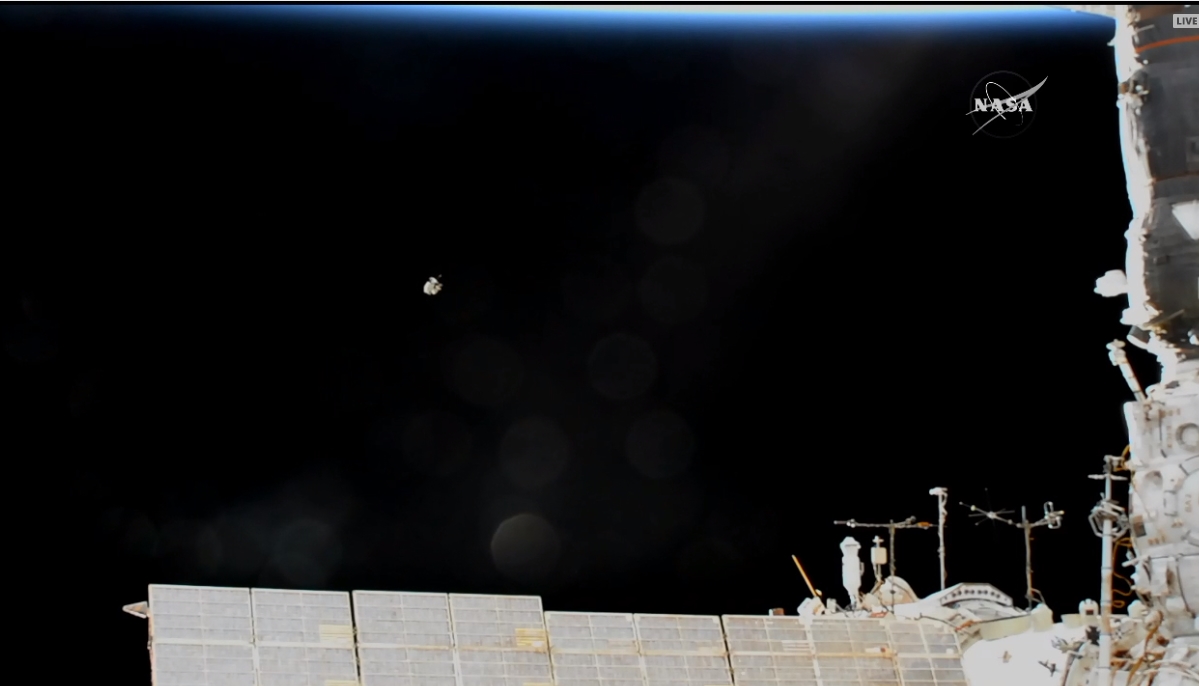 In the end, the main issue with the task was not the jettisoning the old electronics unit, destined to burn up in the atmosphere, but the deployment of the antenna after the new electronics box was installed.

It required brute force to free the antenna, before it actually deployed further than planned, which will require further investigation. However, it is believed it will still be able to become operational.

A pair of exposed experiments, Test and Biorisk, were also retrieved and brought back inside the station. The cosmonauts also took photograph the back of Zvezda. However, it is not known if they had time to reposition a foot restraint and jettison old experiment gear. It is understood they did complete the former task.

The EVA also debuted modifications to the Orlan spacesuits, with Shkaplerov noting they include automatic temperature control – “it’s like in climate control in cars,” he noted. 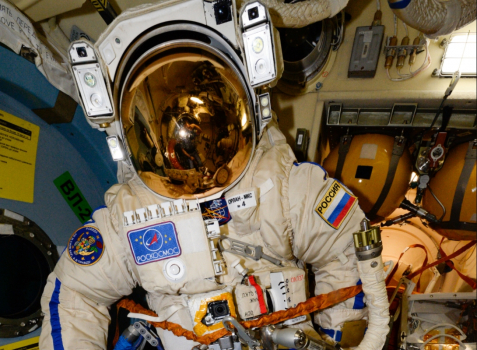 “Previously, it was necessary to manually make (the suit) warmer or colder, depending on which side of the station (we are located, when it is orbital day or night). Now, this is all done by the automation, which redistributes the water inside a special thermoregulating water suit you put on under your spacesuit.”

Shkaplerov also said the spacesuit includes a new material that “seems to have made it tougher,” before adding he wants to judge its performance after concluding the spacewalk.

This spacewalk comes after a previously planned spacewalk for this week by Mark Vande Hei and Norishige Kanai was postponed after a plan to swap a Latching End Effector (LEE) on the tip of the SSRMS wasn’t required.

Canadian Space Agency engineers successfully uploaded a diagnostics software to identify the primary communications string anomaly and test the software upgrade on the spare LEE, eliminating swap work. The final software patch will be uploaded in the coming days.

The duo is now planning for a mid-February spacewalk to bring an end effector inside the station removed from the arm during a spacewalk last October, and install the end effector removed last Tuesday on the mobile base system rail car on the Station’s truss.