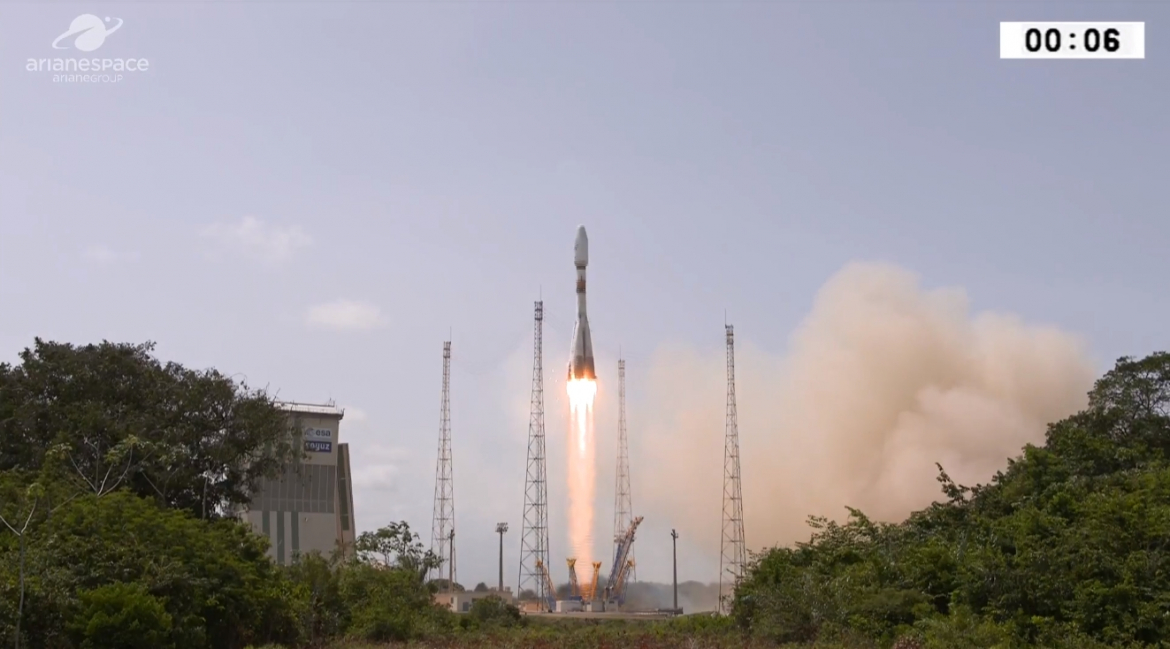 The Arianespace Soyuz ST-B rocket launched the next set of four O3b communication satellites into orbit on Friday. The spacecraft are heading to a constellation that is already populated by 12 of the birds controlled by O3b Networks. Lift off from the European Spaceport in Kourou, French Guiana was slightly delayed due to upper level winds, before finally lifting off at 17:10 UTC.

This launch was designated as Soyuz Flight VS18 in Arianespace’s numbering system, denoting the 18th flight of the Russian-built launch vehicle since its introduction at the Spaceport in October 2011. 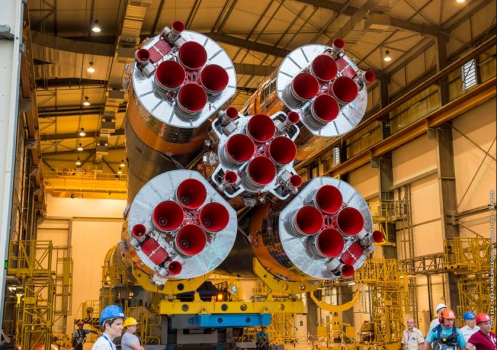 Soyuz ST-B heading to the launch pad – photo from Arianespace

The Soyuz-2 forms the basis for the Soyuz-ST rocket, which is optimised to fly from Kourou, and also incorporates a flight termination system and a modified telemetry system. 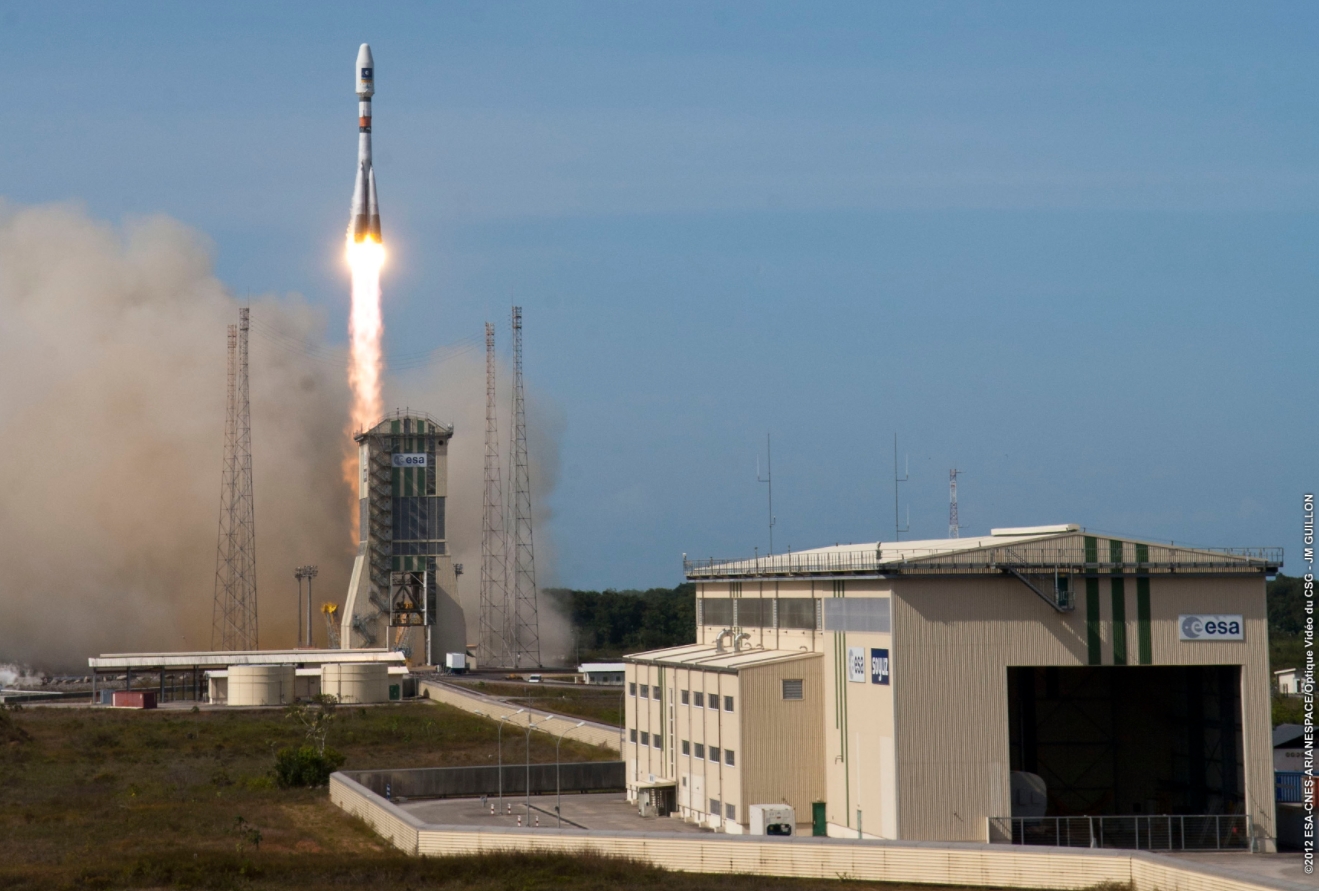 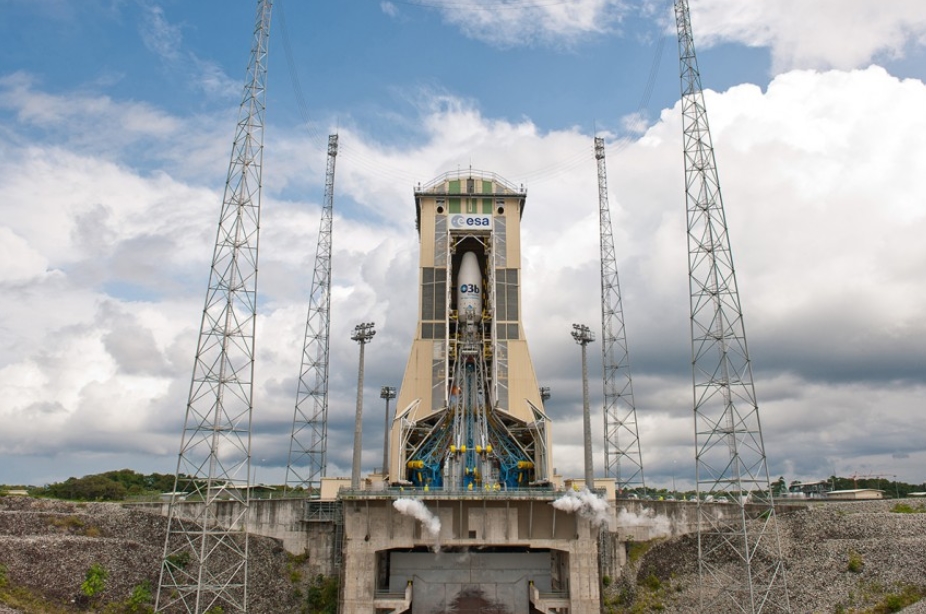 The latest O3b Networks spacecraft were deployed by Soyuz into a circular orbit at an altitude of 8,062 km. – which is four-times closer to Earth than traditional geostationary satellites, providing substantial performance benefits due to lower latency or delay. 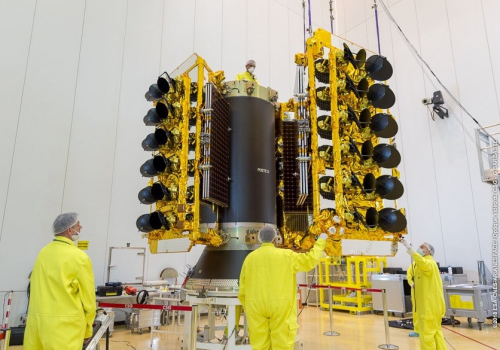 O3b satellites ahead of launch

The current constellation of 12 O3b MEO satellites was orbited by Arianespace, utilizing its medium-lift Soyuz workhorse to carry four spacecraft each on launches that began in June 2013, and was followed by missions in July and December 2014.

O3b Networks initiated commercial service on its state-of-the-art constellation across the Pacific, Africa, the Middle East and Asia in September of this year, and it already is delivering high quality connectivity to customers across the globe.

O3b’s Ka-band satellites were built by prime contractor Thales Alenia Space. The total flight duration to get them to their separation point will take two hours and 22 minutes.