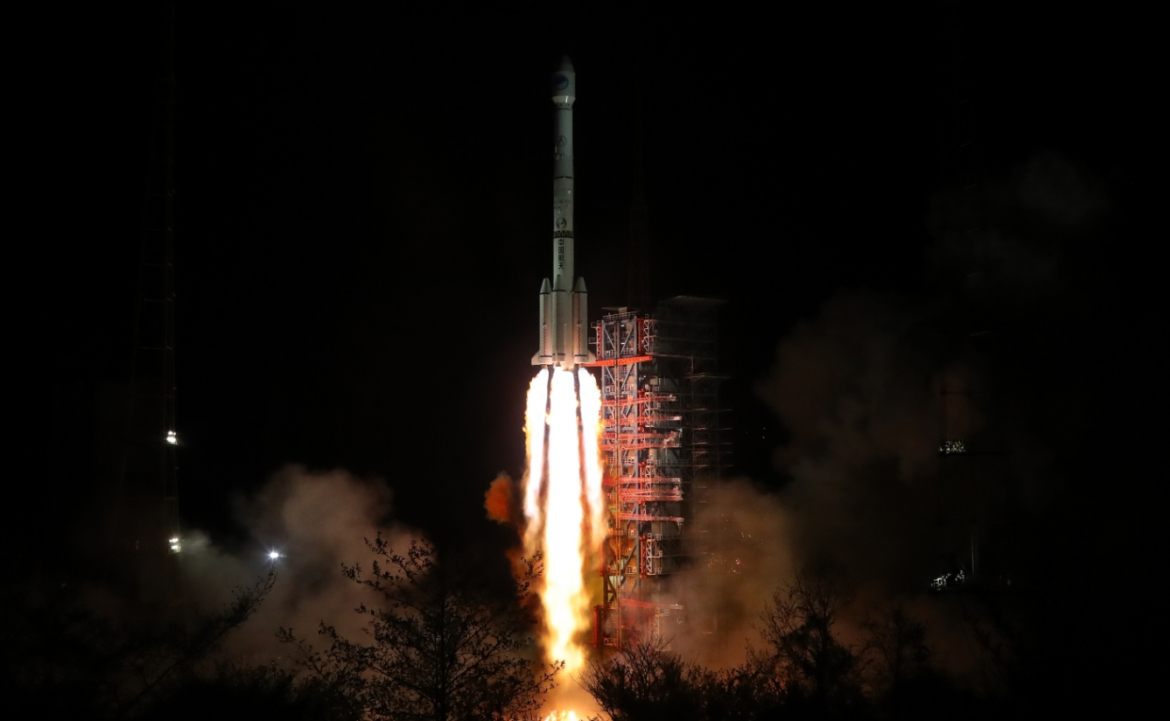 A Long March-3B/YZ-1 has orbited a new pair of navigation satellites in what was China’s ninth launch of the year. The launch of a pair of Beidou-3MEO satellites – Beidou-30 and Beidou-31 – took place at 17:56 UTC from the LC2 Launch Complex of the Xichang Satellite Launch Center, Sichuan province. It took over four hours to complete the mission.

The MEO satellites are the Medium Earth Orbit component of the third phase of the Chinese Beidou (Compass) satellite navigation system. The satellites are part of a fleet that will expand the system to a global navigation coverage.

The satellites are using a new bus that features a phased array antenna for navigation signals and a laser retroreflector, with a launch mass 1,014 kg. Spacecraft dimensions are noted to be 2.25 by 1.0 by 1.22 meters. Usually, the satellites reside in a 21,500 – 21,400 km nominal orbit at 55.5 degrees. 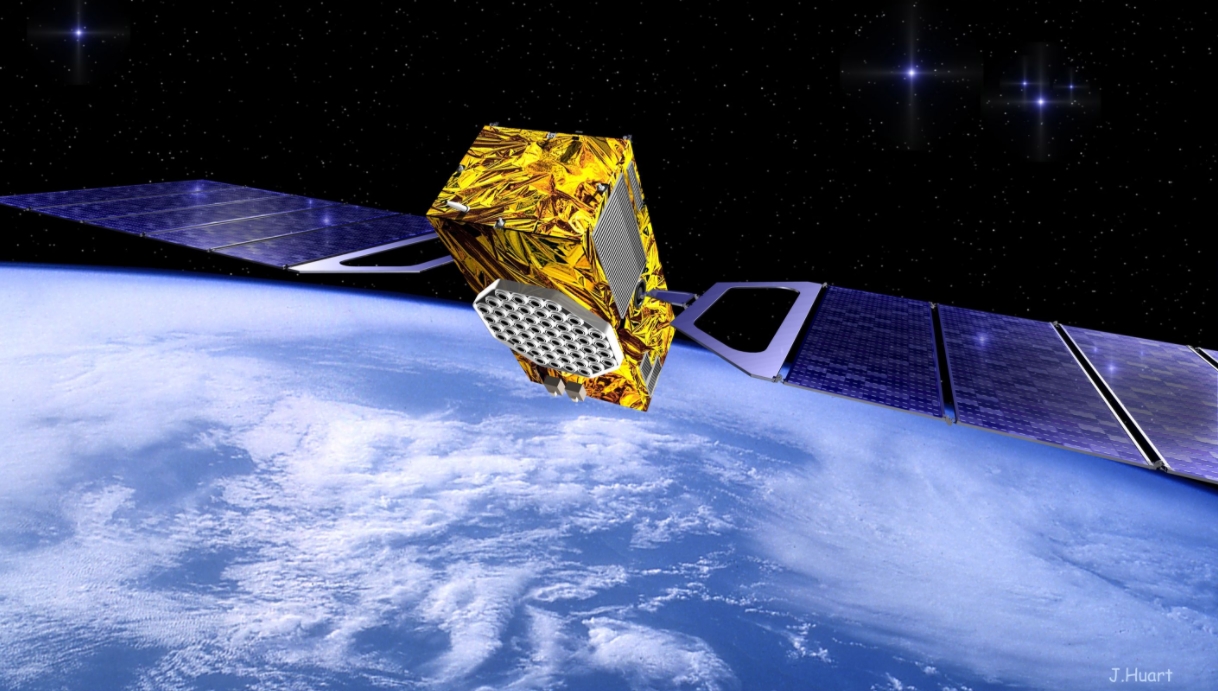 Phase 2 (started in 2012), consisted of a reduced satellite constellation and provides open service over China. This phase aimed at deploying a system with passive positioning and timing capability over a regional area.

Phase 3 aims for full operational capability by 2020 with a constellation of 27 MEOs plus 5 GEOs and the existing 3 IGSOs satellites of the regional system. CNSS would provide global navigation services, similarly to the GPS, GLONASS or Galileo systems.

The satellites were named on video footage shown many hours after launch, noting the latest two are Beidou-3MEO-9 and Beidou-3MEO-10. 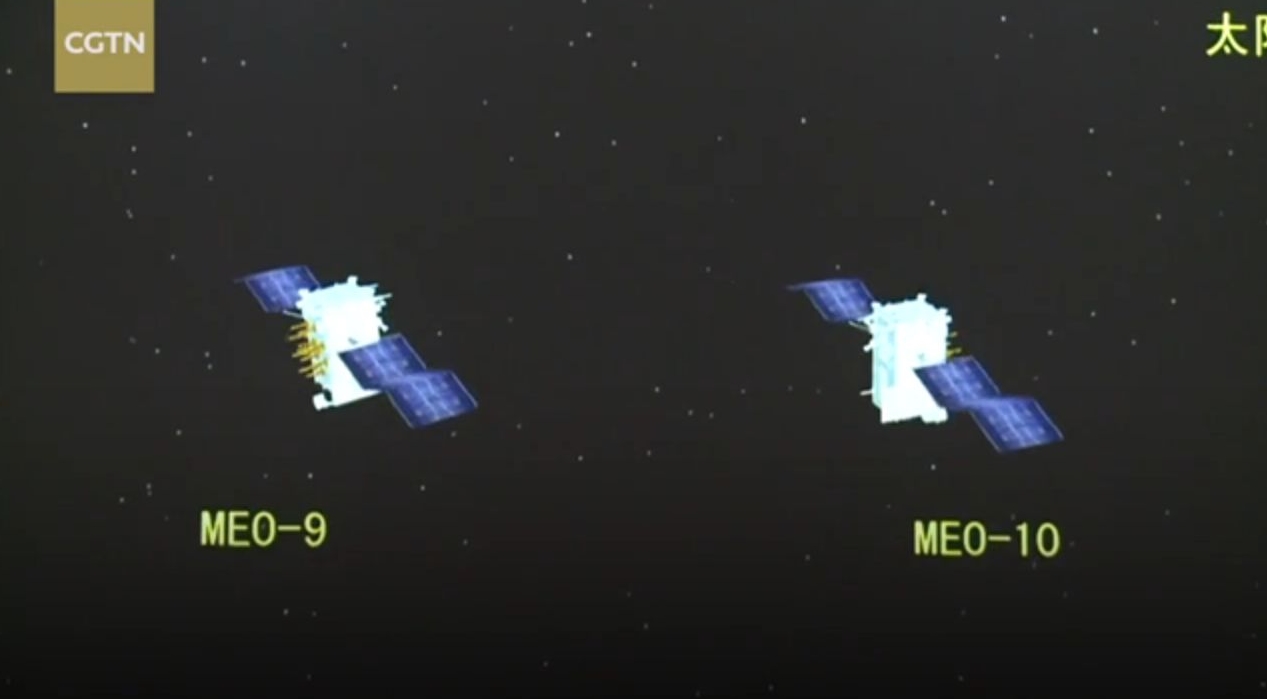 CCTV screenshots of the deployment

The system will be dual-use, based on a civilian service that will provide an accuracy of 10 meters in the user position, 0.2 m/s on the user velocity and 50 nanoseconds in time accuracy; and the military and authorized user’s service, providing higher accuracies. The first phase of the project will involve coverage of the Chinese territory. However, the future Compass constellation will cover the entire globe. 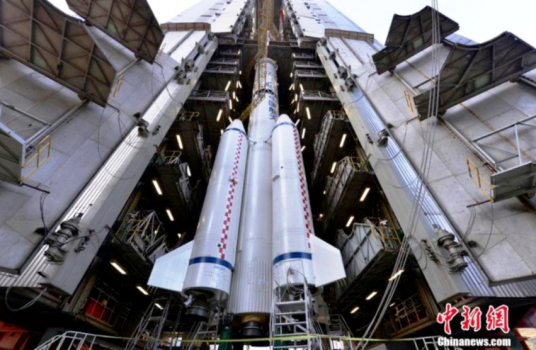 Long March 3B – via ChinaNews.com

The launcher was developed from the Chang Zheng-3A. The CZ-3B features enlarged launch propellant tanks, improved computer systems, a larger 4.2 meter diameter payload fairing and the addition of four strap-on boosters in the core stage that provide additional help during the first phase of the launch. 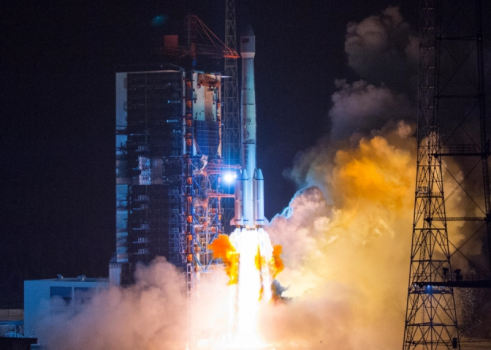 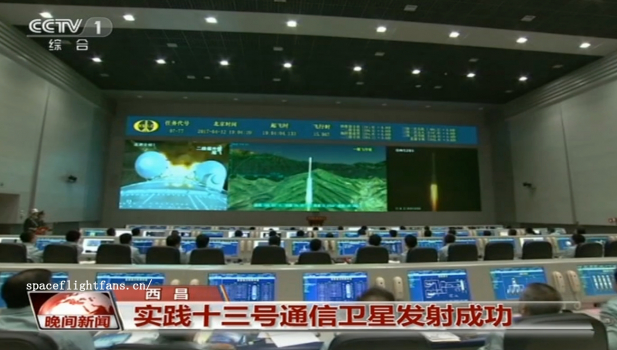 A previous Long March 3B launch via the control center.

The typical flight sequence for the LM-3B launch vehicle in a standard GTO mission starts with the ignition of the first stage engines together with the ignition of the four liquid strap-on boosters. General launch profile sees the launch vehicle doing the pitch over maneuver at 10 seconds after leaving the launch platform. At two minutes 27 seconds into the flight, boosters shutdown occurs and separation follows one second later.

First stage shutdown takes place at 2 minutes 25 seconds, and stage separation two seconds later with the second stage ignition. The separation of the fairing occurs 3 minutes 35 seconds into the flight. 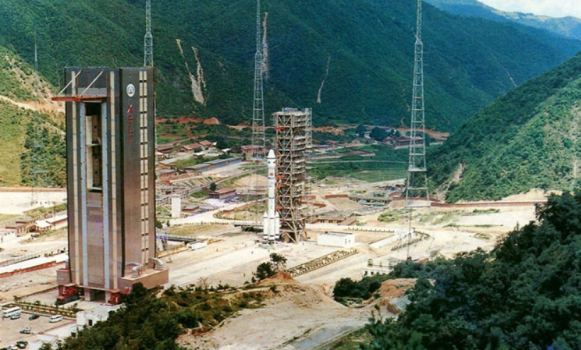 Once again, due to the location of the launch site, locals will have to dodge the expended stages. Dramatic photos of the booster impacting a local village are now online from the previous launch, although there are no reports of casualties.

Well we were joking about the Long March 3B booster landing bingo, but this really isn't a laughing matter. This was the result of this morning's launch! https://t.co/H8vXZ43un1 pic.twitter.com/cdXpSC7q1t

China will be back in action on Saturday with the launch of three remote sensing satellites from Taiyuan via the use of a Long March 4C rocket.