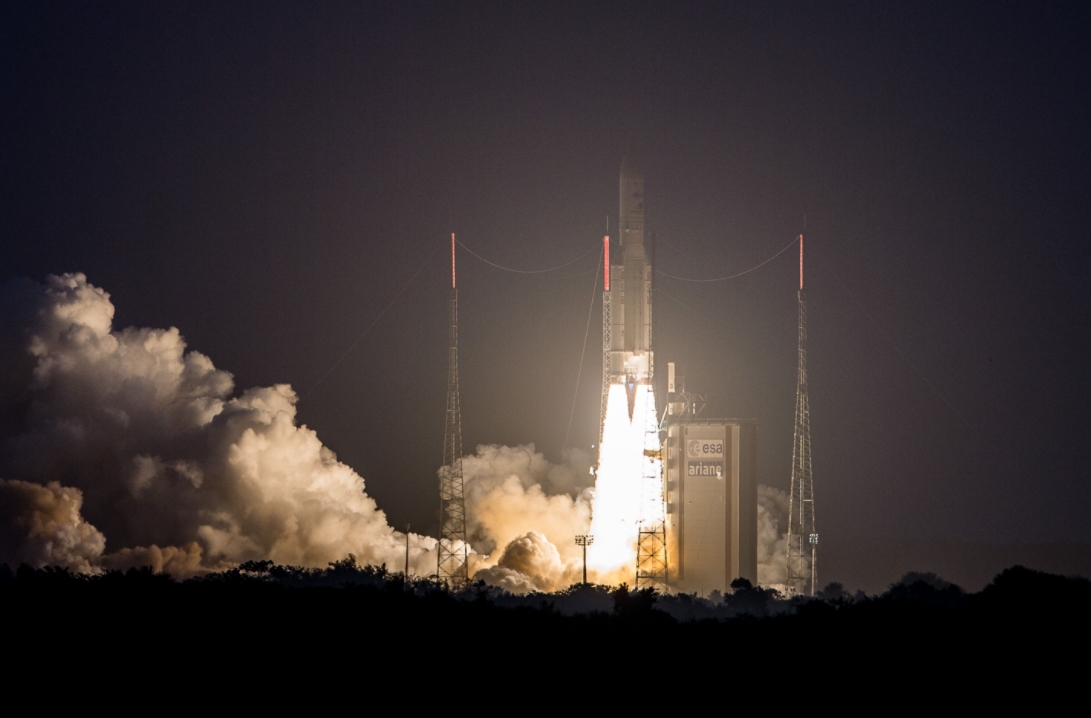 Following a launch pause of over two months, Ariane 5 returned to action on Thursday with the launch of DSN-1/Superbird-8 and HYLAS 4. Liftoff from the European Spaceport in Kourou, French Guiana was on schedule at the start of a 50 minute launch window that opened at 21:34 UTC.

In what was the second Ariane 5 launch of the year, Arianespace was originally set to launch this mission last month.

There has been no official word on the reason for the delay into April, with the only news coming from one of the passengers for this latest mission.

“Avanti Communications Group plc (‘Avanti’) has been advised by Arianespace of a delay to the launch of its HYLAS 4 satellite (‘HYLAS 4’), which will not have a material effect on the HYLAS 4 in-service date,” per a press release. “Avanti anticipates a revised launch date in early April and expects to be able to confirm a fixed launch date shortly.”

That date was set for April 5.

A potential cause of the secrecy relating to the launch date change could be due to the resolutions taking place after the first Ariane 5 launch of the year. 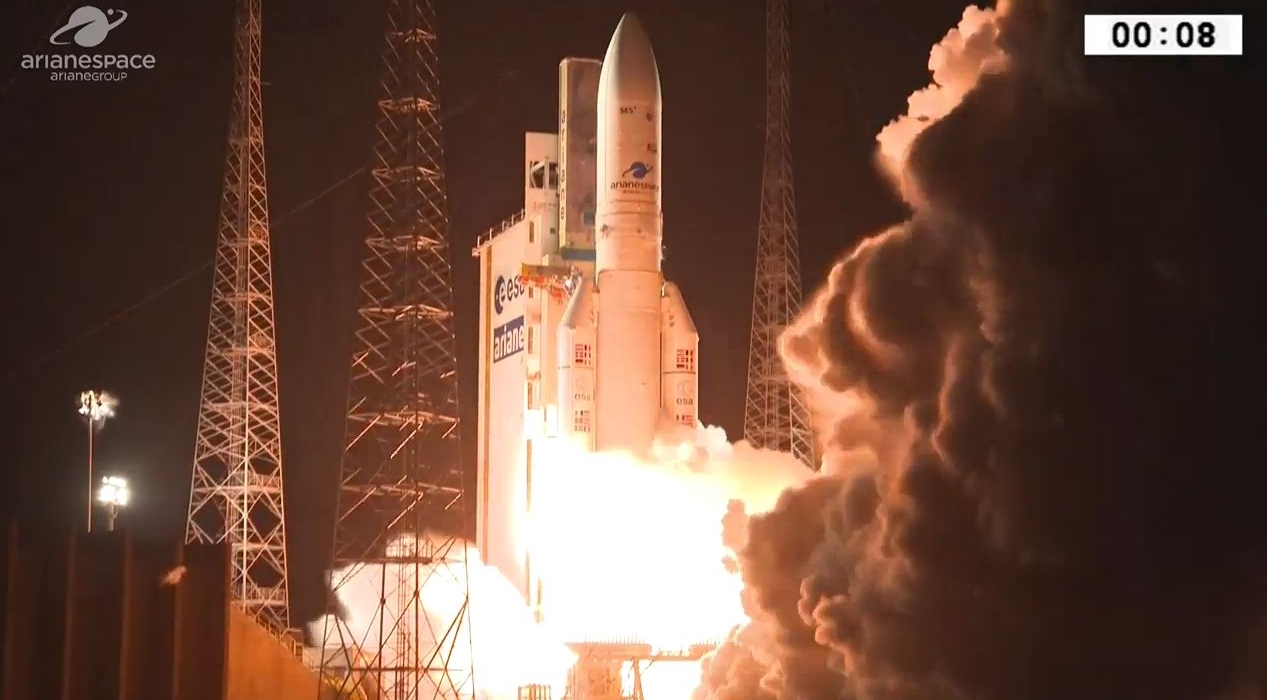 That launch lofted SES-14 and Al Yah-3. However, despite concerns the two passengers had been lost due to the lack of telemetry during the bulk of the upper stage flight, both satellites did deploy. While there has been no word on SES-14’s status, Al Yah-3’s owners are understood to be making an insurance claim.

The issue – as noted by an Independent Enquiry Commission – was caused by an “incorrect value in specifications for the implementation of the launcher’s two inertial reference systems.” As such, this issue was likely caused by human error.

“Given the special requirements of this mission, the azimuth required for the alignment of the inertial units was 70 degrees instead of 90 degrees, as is most often the case for missions to geostationary transfer orbit. This gap led to the 20-degree shift to the south in the launcher trajectory from the initial seconds of flight,” added the investigation report.

The misdelivered Ariane payloads continue heading to GEO. Here is average height vs time for the two payloads (and the rocket stage and SYLDA adapter). SES-14, using electric propulsion, is climbing steadily while the chem prop on AY3 makes big burns pic.twitter.com/C5x5yqX9Mh

“The cause of the trajectory deviation, therefore, was due to a bad specification of one of the launcher mission parameters that was not detected during the standard quality checks carried out during the Ariane 5 launches’ preparation chain.”

The action plan to mitigate such an issue in the future included the strengthening of the processes for establishing, verifying and approving the specific operational procedures involving the IMU reference frame.

“Recommendations to improve processes and quality control have been made. Furthermore, additional recommendations to enhance end-to-end verifications of mission-specific parameters used during the launch campaign were made,” added an ESA release after the investigation’s findings.

“ArianeGroup and Arianespace presented their action plan in response to the Independent Enquiry Commission findings and recommendations.

ESA Inspector General Toni Tolker-Nielsen expressed his satisfaction with the presented action plan, which not only addresses the current issue, but a general plan to improve processes and end-to-end verifications, in particular of the few parameters that are not verified because of their nature during the test on the Functional Simulator before each launch.”

Finalizing this action plan may have been the reason for the delay to the latest mission.

The latest two passengers to ride on the Ariane 5 – which is still one of the world’s most reliable rockets – are included in the rocket’s performance of approximately 10,260 kg. on the mission to geostationary transfer orbit (GTO), which is designated Flight VA242. 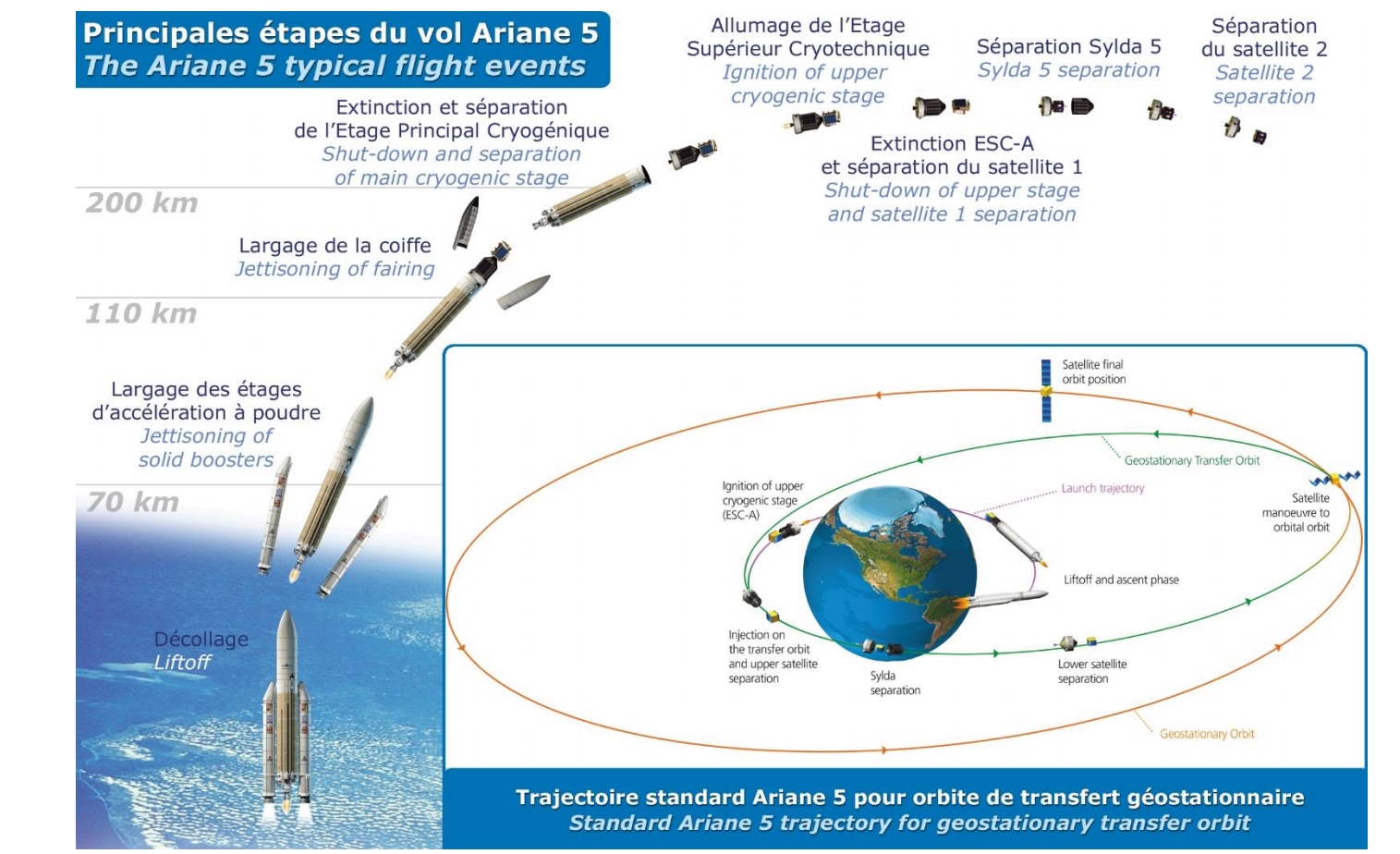 The launch will take 33 minutes to complete, including the deployment of the two satellites. HYLAS 4 will be the final satellite to be deployed.

DSN-1/Superbird-8 will be the 19th SKY Perfect JSAT satellite assigned to Arianespace for launch. The most recent Arianespace launch for this operator was with JCSAT-15 in December 2016.

Superbird-8 will carry high-performance Ku and Ka transponders and will provide satellite communications services mainly in the Japanese market. Located at 162 degrees East Longitude, it will replace the Superbird-B2 satellite launched in 2000 by Arianespace.

Superbird-8 was built by MELCO – Mitsubishi Electric Corporation- (with manufacturing management by NEC Corporation) using a DS2000 platform. It will be the 3rd MELCO built satellite to be launched by Arianespace.

As for DSN-1, it is an X-Band Defense Communications Satellite-1 in association with the Program to Upgrade and Operate X-Band Satellite Communications Function, for which the DSN Corporation, a subsidiary of SKY Perfect JSAT, has concluded a program contract with Japan’s Ministry of Defense.

HYLAS 4 is not only Avanti’s 3rd satellite launch but is also the 3rd launch with Arianespace from the Spaceport in French Guiana. 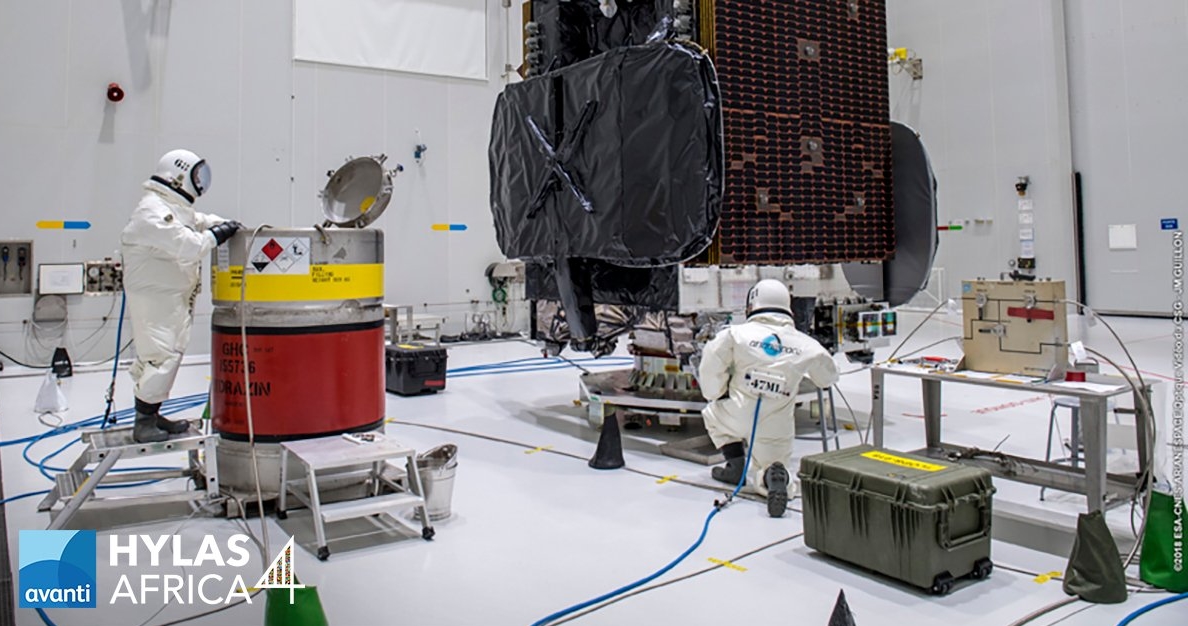