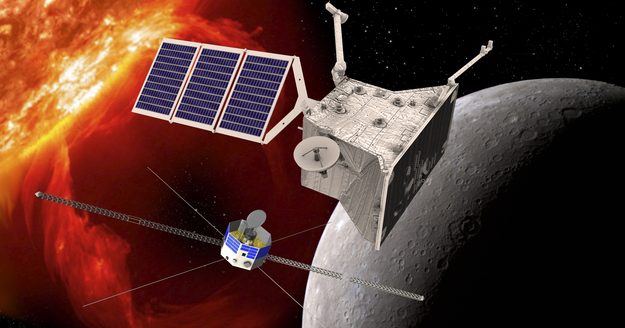 After years of development, build, and testing, BepiColombo is arriving at Europe’s spaceport in Kourou, French Guiana, in South America for final preflight integration and checkouts.  The joint mission between Europe and Japan is now in the home stretch of ground processing ahead of launch. The mission is slated to begin No Earlier Than 5 October 2018 with launch aboard an Ariane 5 rocket that will send Bepicolombo on a seven-year journey to reach the planet Mercury.

The first two of four arrivals of the constituent parts of BepiColombo, a dual spacecraft mission, at its launch site marks a major turning point in the processing campaign leading to liftoff later this year.

Our precious #BepiColombo cargo being loaded into the Antonov yesterday for flight to Kourou. #BehindTheScenes 📸 Credit: ESA-M.Cowan pic.twitter.com/ssXl3n7F2u

The third and fourth flights will deliver the Mercury Transfer Module from ESA, the Mercury Magnetospheric Orbiter from JAXA, and the final elements of ground handling and processing equipment needed at the launch site.

Delivery of the spacecraft to the Guiana Space Centre followed years of design, build, and test operations, including a major mission review on 8 March 2018.  “It’s been a long and occasionally bumpy road to this point, and there is still plenty to do until we are ready for launch,” said Ulrich Reininghaus, ESA’s BepiColombo project manager, “but we are extremely pleased to finally move our preparations to the launch site and are grateful to everyone who has made this possible.”

With portions of BepiColombo coming together at the launch site, an intensive six-month process will now begin, including major final review checkpoints, installing the insulation around the spacecraft to protect them from the harsh space environment and extreme temperatures they will experience while operating close to the Sun, attaching and testing the solar wings and their deployment mechanisms, installing the sun shield, fueling the spacecrafts for launch, and integrating the three constituent parts together.

Once these critical tasks are complete, BepiColombo will be enclosed inside the Ariane 5 payload fairing, the final major element in preparing the spacecrafts themselves for launch. 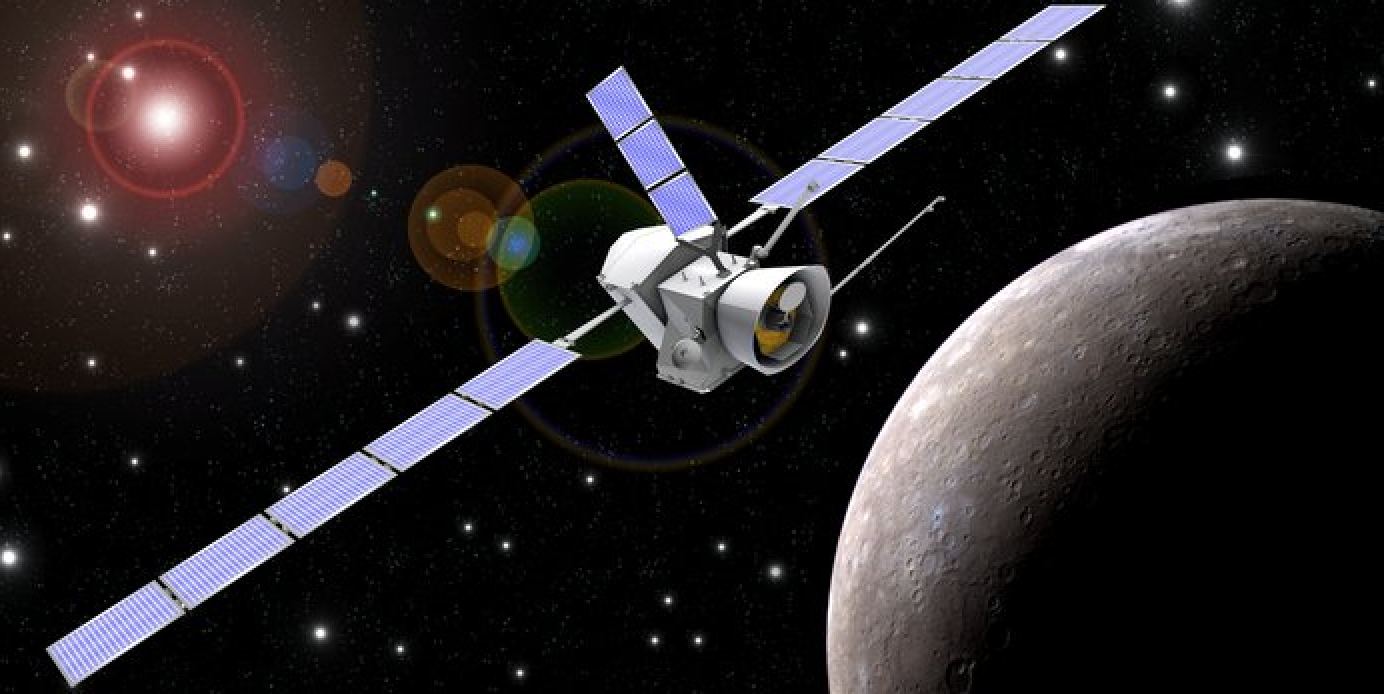 The launch window for BepiColombo opens on 5 October and closes on 29 November 2018 – a window designed to ensure the trajectory and multiple planetary flybys and gravity assists needed to eventually insert BepiColombo into orbit of Mercury can be achieved via planetary alignments of Earth, Venus, and Mercury.

Assuming a launch in October 2018, BepiColombo will perform the following flyby / planetary encounter sequence leading to orbit insertion at Mercury on 5 December 2025:

During the course of its mission, BepiColombo will study the origin and evolution of a planet close to its parent star; study Mercury as a planet, including its forms, interior, structure, geology, composition, and craters; as well as study Mercury’s magnetosphere and its structure and dynamics.

The mission will also investigate Mercury’s exosphere’s composition and dynamics, including generation and escape; investigate the origin of Mercury’s magnetic field; and seek to verify Einstein’s Theory of General Relativity by measuring parameters of the parameterized post-Newtonian formalism with high accuracy.

The study of Mercury’s magnetic field will be accomplished via joint observations of the Mercury Planetary Orbiter and the Mercury Magnetospheric Orbiter during their one Earth year (4.1 Mercurian years), in-orbit primary mission of Mercury.

BepiColombo carries enough propellant to potentially be extended for an additional year, resulting in two Earth years of observation around Mercury – or 8.2 Mercurian years.