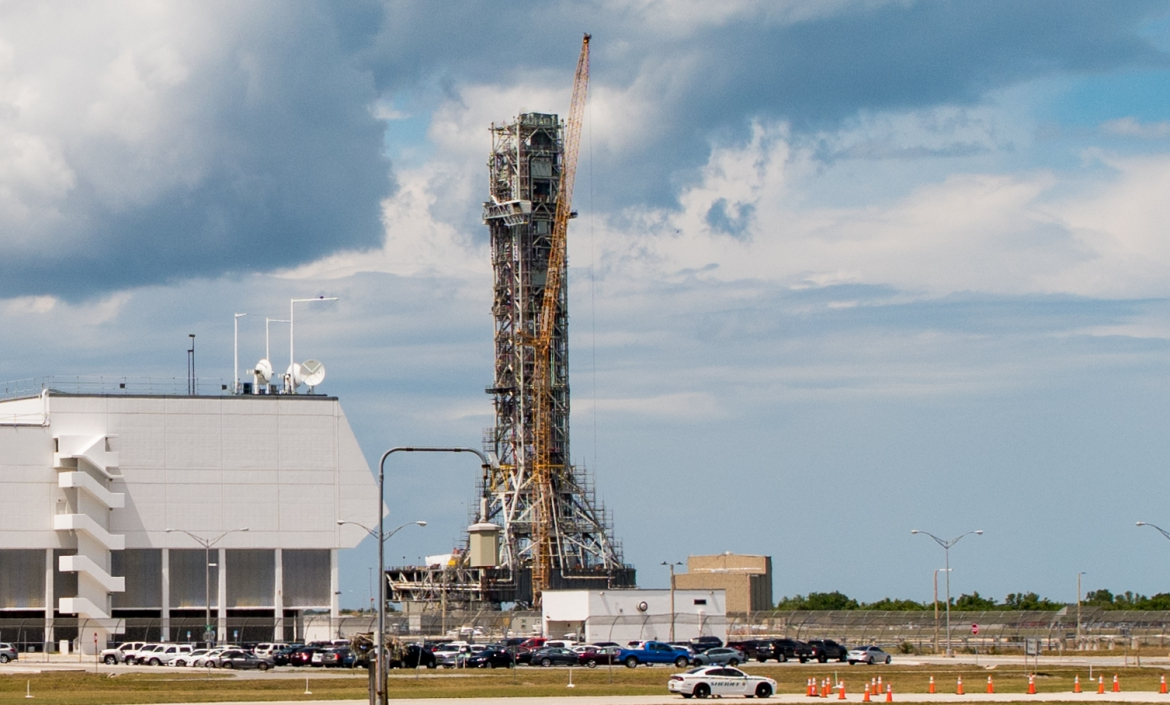 Space Launch System (SLS) managers are now planning for the utilization of two Mobile Launchers (MLs), allowing for additional use of the rocket on both crewed and cargo-only missions. The first major cargo-only flight is being focused on the Europa Clipper mission now set to ride on a Block 1 SLS, a variant which may now fly four times – instead of just once – before the more-powerful Block 1B variant is ready and launched off the new ML-2 in the middle of the 2020s.

Somewhat hamstrung by the instructions in political Authorization Act requirements, the early missions of the Space Launch System (SLS) called for the Block 1 version of the rocket to be focused on test flight use only. 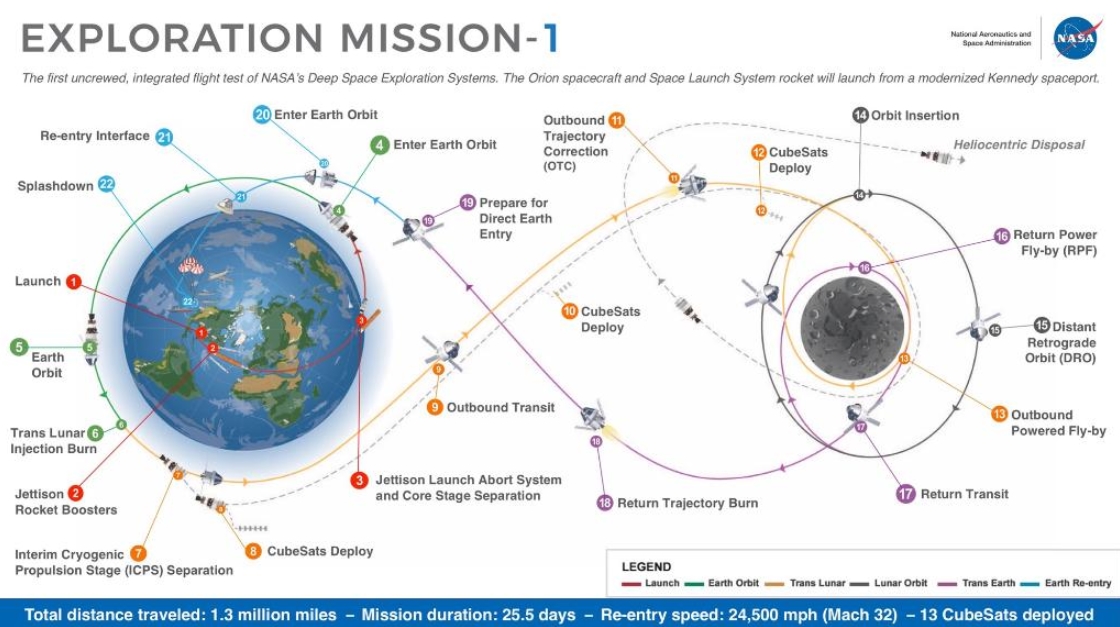 Refinements to that plan have been numerous, even including an evaluation into launching a crew on the first SLS mission (EM-1), which would have been the first time a crew would have rode on a rocket’s maiden flight since John Young and Bob Crippen launched with Columbia on STS-1 in 1981.

With the crewed EM-1 plan rejected, managers then looked into bringing the more powerful Block 1B rocket online sooner, as early as EM-2.

The major change to the rocket between Block 1 and Block 1B is the upper stage, with Block 1 using the tried and tested DCSS (Delta Cryogenic Second Stage) from United Launch Alliance (ULA) and the Block 1B utilizing the new Exploration Upper Stage (EUS). 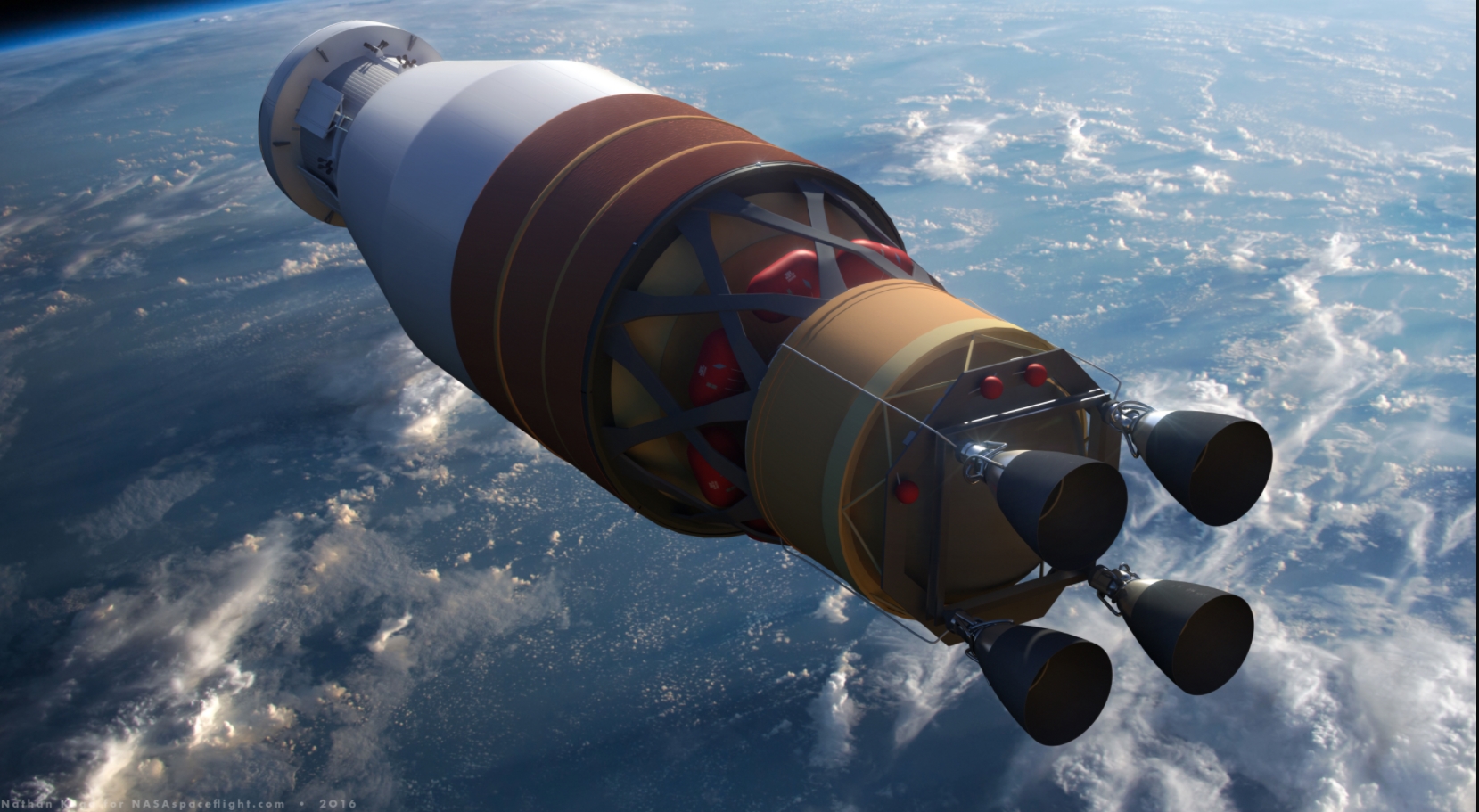 However, the EUS’ design phase isn’t even close to being completed, with recent notes now indicating that the EUS may not be ready for flight until at least the mid-2020s.  This means NASA will have to rely on the Block 1 SLS configuration far longer than its one-and-done timeline which had been the agency’s standpoint for years.

With numerous schedule constraints, such as the readiness of the crewed Orion, SLS software woes and an overall stretch to milestone targets with the launch vehicle, managers are continuing to realign SLS’s short term mission outlook.

One key factor relating to the schedule is the Mobile Launcher. The huge structure is being modified from its Ares I role in order to cater to the Block 1 SLS.

The plan, up until this year, had been to modify this ML for the Block 1B SLS after the uncrewed EM-1 test flight.  This kind of modification would take up to two years to reconfigure the ML for the taller rocket. This was one of the major reasons the original EM-1 and EM-2 missions included a multi-year gap between them.

The ML also has problems, with a lean and a slight twist noticed when the array of umbilical arms began to be installed. NASA acknowledged this issue but noted it is understood and will continue to be monitored.

Mitigation is now understood to include options such as uninstalling numerous umbilical arms when the ML is transported to the Vehicle Assembly Building (VAB) to allow for the installation of additional shims, prior to reinstalling the umbilical arms.

The ML will be then readied for EM-1, the maiden launch of the SLS on the uncrewed Orion mission, currently expected to take place in 2020.

With money now approved to begin the process of constructing a second Mobile Launcher, ML-2 will be designed from the start for use by only the SLS Block 1B variant.

The initial money will be used to pay for a civil engineering outfit to design ML-2 and provide funds to build its basic structure. The contract is likely to hit the streets this Summer, prior to being awarded to the winning contractor next year.

ML-2 could take up to three years to build just its basic steel structure, after which it would have to be outfitted with all of the necessary ground support equipment and umbilical arms – which will be a couple of hundred million dollars more than the money already allocated.

In most cases, the umbilical arms for ML-2 will be direct copies of those currently on ML-1, which provides some get-ahead schedule relief for ML-2 as building and testing its umbilical arms is already largely understood by the team.

The only exception will be a new umbilical for the EUS that will be Block 1B specific and a second stabilizer arm located at the upper stage/payload shroud interface (Orion/Payload adapter).

The umbilical/arm builds and installations are expected to take another couple of years after ML-2’s primary steel construction is complete.

The decision to keep SLS in its Block 1 configuration and launching off ML-1 deep into the 2020s now leaves NASA with some decision points.

At one stage, NASA was expecting to use the Block 1 with DCSS configuration just once, on the EM-1 mission. Now it is expected it will return to the previous plan of mirroring EM-1 (uncrewed Orion) and EM-2 (crewed Orion) on matching missions and rocket configurations. However, due to Orion readiness, it is unlikely both missions will close the previous multi-year gap by any notable margin.

What is becoming an option for bridging that gap between flights is using SLS to launch the flagship Europa Clipper mission in 2022. Originally, Europa Clipper was to use a Block 1B SLS to allow the EUS to be flight-proven before launching a crewed mission.  NASA then decided that a crew could launch on the first Block 1B on a non-flight proven EUS. 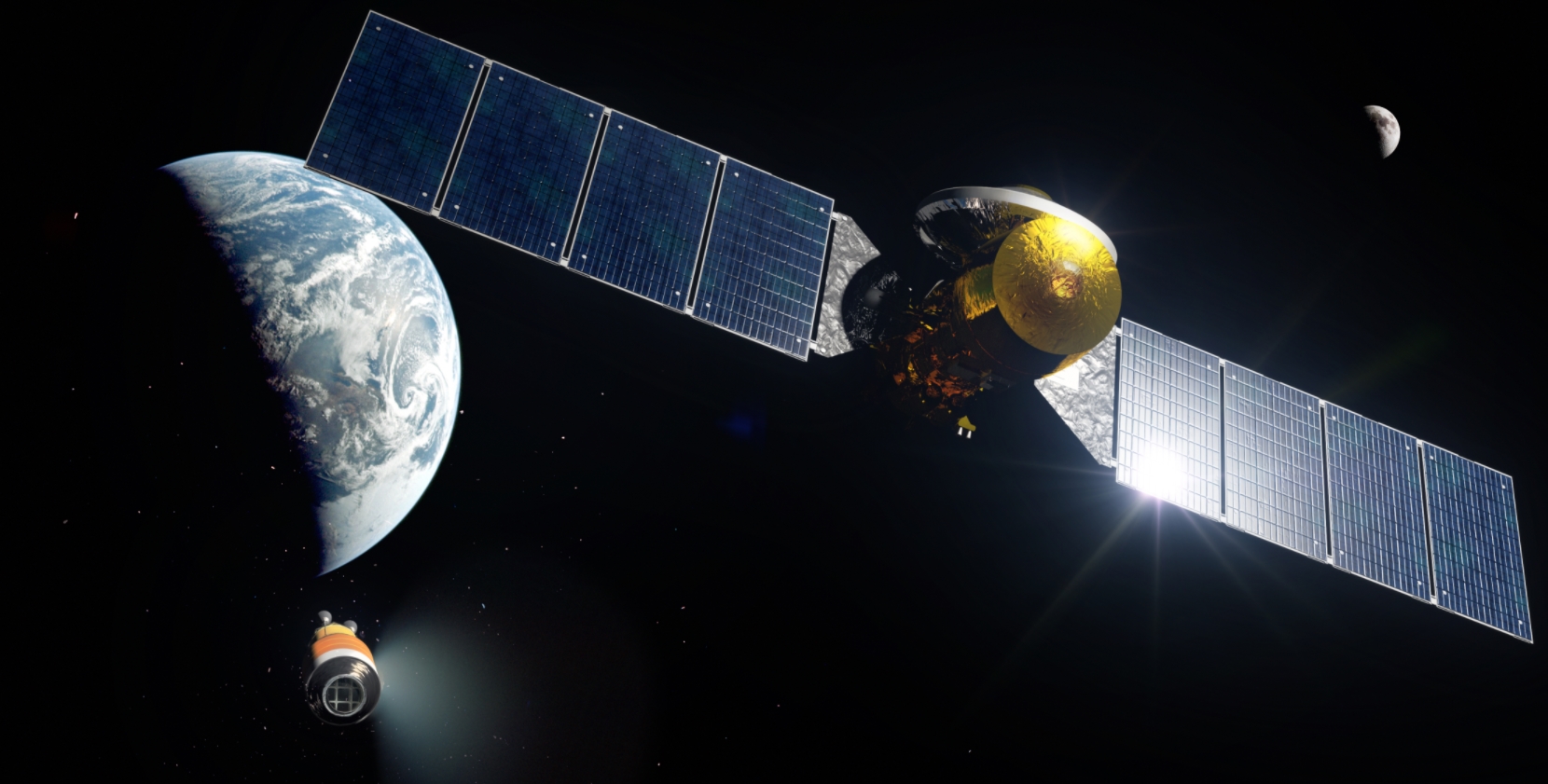 Now, with Block 1B many years away, NASA is looking at launching the Europa Clipper mission on a Block 1 SLS, a flight sometimes referred to as SM-1 (Science Mission -1) on documentation. Other documentation confusingly calls it EM-2, likely in some cheeky way of satisfying politically-driven schedules for SLS to fly “EM-2” by a certain date.

Inquiries are taking place into the loss of mission performance per Europa Clipper flying on the Block 1 versus Block 1B SLS. A major selling point of flying the Europa mission on an SLS Block 1B was using the EUS to shave many years off the transit time compared to “currently” available rocket options at the time the mission’s launch vehicle was first discussed.

Block 1 performance capability for Europa Clipper may push the launch vehicle discussion into an uncomfortable debate, where SpaceX’s Falcon Heavy could force NASA’s hand based on the gulf of vehicle costs.  A brand-new Falcon Heavy for a high priority science mission would cost just over $100 million, whereas the latest estimates for SLS put the per-mission cost anywhere between $500 million (from NASA in 2013) to a range between $1.5 – $2.5 billion (conservative industry estimates in December 2017).

If Europa Clipper does indeed stay on an SLS, as is currently mandated by Congressional law, the third flight of SLS would again be a Block 1 variant carrying the first crewed mission Orion.  A fourth Block 1 flight on the manifest may yet be needed before the EUS and ML-2 are ready.

Once the SLS Block 1B and ML-2 are ready, the fate of ML-1 would likely see it converted, given SLS Block 1 is not seen as a vehicle NASA wants long-term. It is understood that ML-1 would be converted to provide SLS Block 1B with cargo-only mission capabilities.

SLS Block 1B cargo-only flights are part of NASA’s future goals, albeit without any confirmed missions now that Europa Clipper would have to use a Block 1 SLS. Block 1B will also come online in a market saturated by Super Heavy Lift Launch Vehicle (SHLV) options ranging from SpaceX and Blue Origin.

However, NASA does see a viable future for SLS Block 1B based on flagship – and politically supported – government missions, such as the “Lunar Orbital Platform – Gateway” (LOP-G). 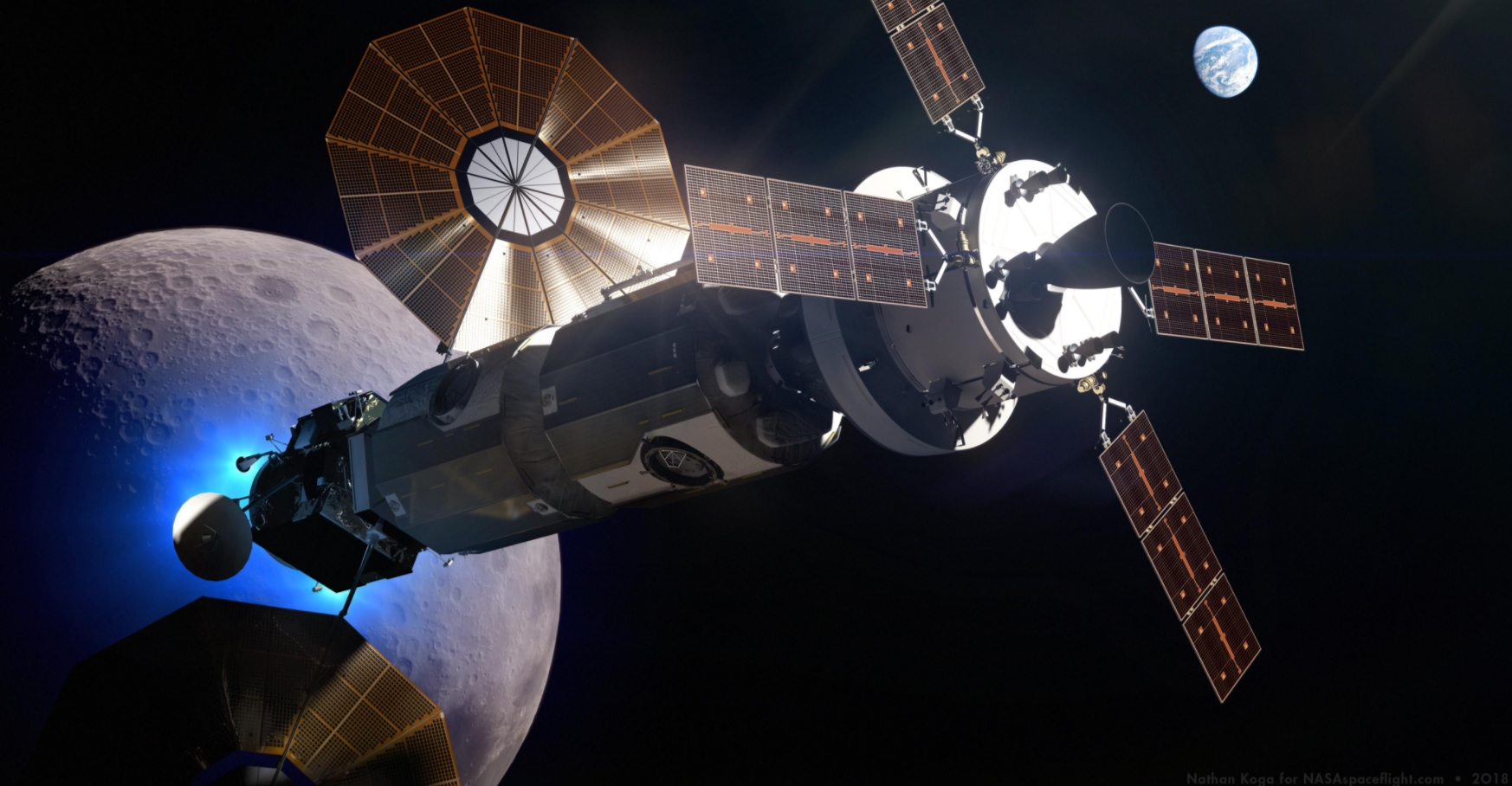 The Gateway is now firmly in NASA’s roadmap and continues to pass the approval stages within the U.S. government.

Other mission options include a Mars Sample Return (MSR) flight, which had fallen off the radar until the most recent SLS promo video from NASA showed this as one of the rocket’s future missions.

However, SLS is not specifically needed for a Mars sample return mission, especially as NASA’s own documentation notes it could be conducted by “other” launch vehicles.