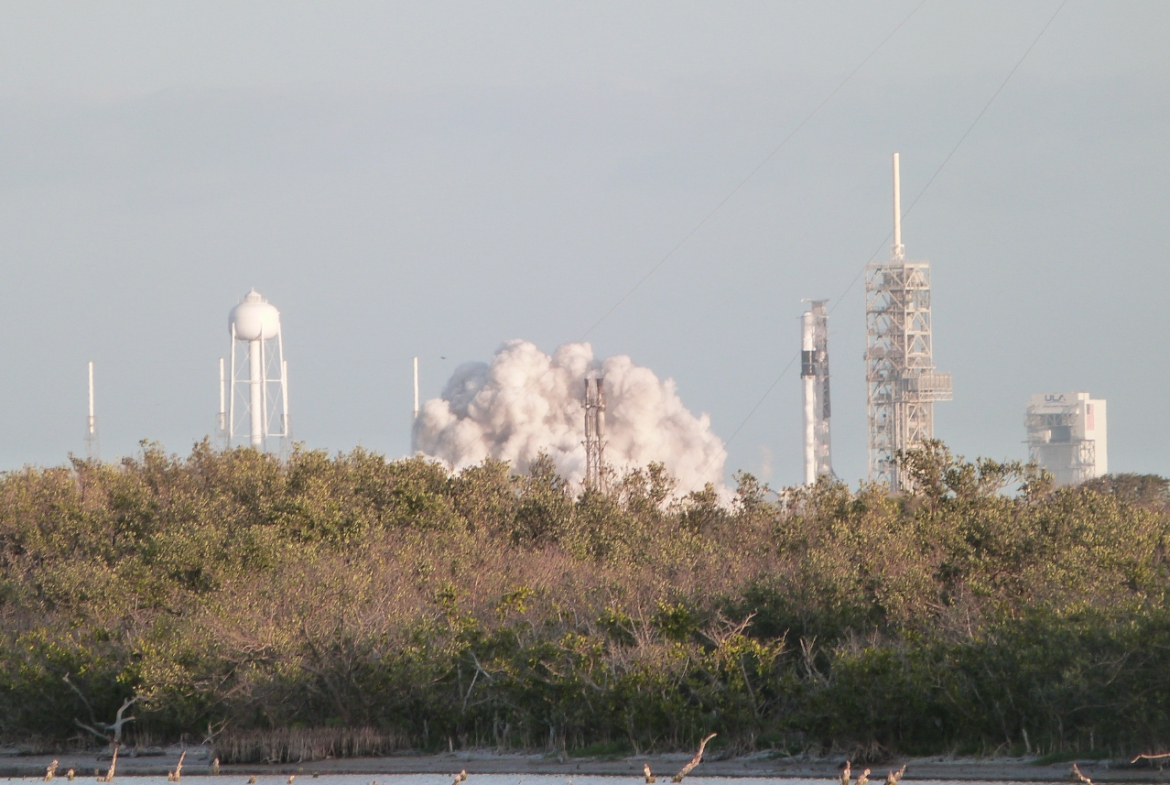 The first Block 5 Falcon 9 completed a static fire test at Launch Complex 39A on Friday evening, although SpaceX appeared to waiting on the results of a data review before confirming the path to launch.  On Monday, SpaceX confirmed they were re-scheduling the launch to May 10. The vehicle – notably including core 1046, the first Block 5 first stage – will launch the Bangabandhu-1 satellite into a geostationary transfer orbit (GTO). This mission will be the first for 39A since the Falcon Heavy demo flight on February 6, 2018.

The star of the show is the new, unflown first stage core 1046, which is the first “Block 5” Falcon 9 first stage.

Block 5 is the final major upgrade to the Falcon 9, the culmination of over 10 years of development and evolution of SpaceX’s workhorse rocket.

Block 5 has numerous advantages over past versions of the Falcon 9, notably including higher thrust engines, improved and more resilient recovery hardware, and the ability to be reflown within 48 hours of landing after a previous mission. Block 5 was also designed to meet – and in some cases exceed – NASA’s strict Commercial Crew Program requirements, which SpaceX must follow in order to be able to fly NASA astronauts, expected to begin in early 2019.

Block 5 cores are also expected to be reused 10 times before undergoing any major refurbishment, and SpaceX hopes to fly each booster up to 100 times before it is retired.

Core 1046 was first seen traveling from SpaceX’s HQ in Hawthorne, California to their test site in McGregor, Texas. The core was later seen on the first stage test stand at McGregor on February 26, 2018, undergoing preparations for its future static fire tests. 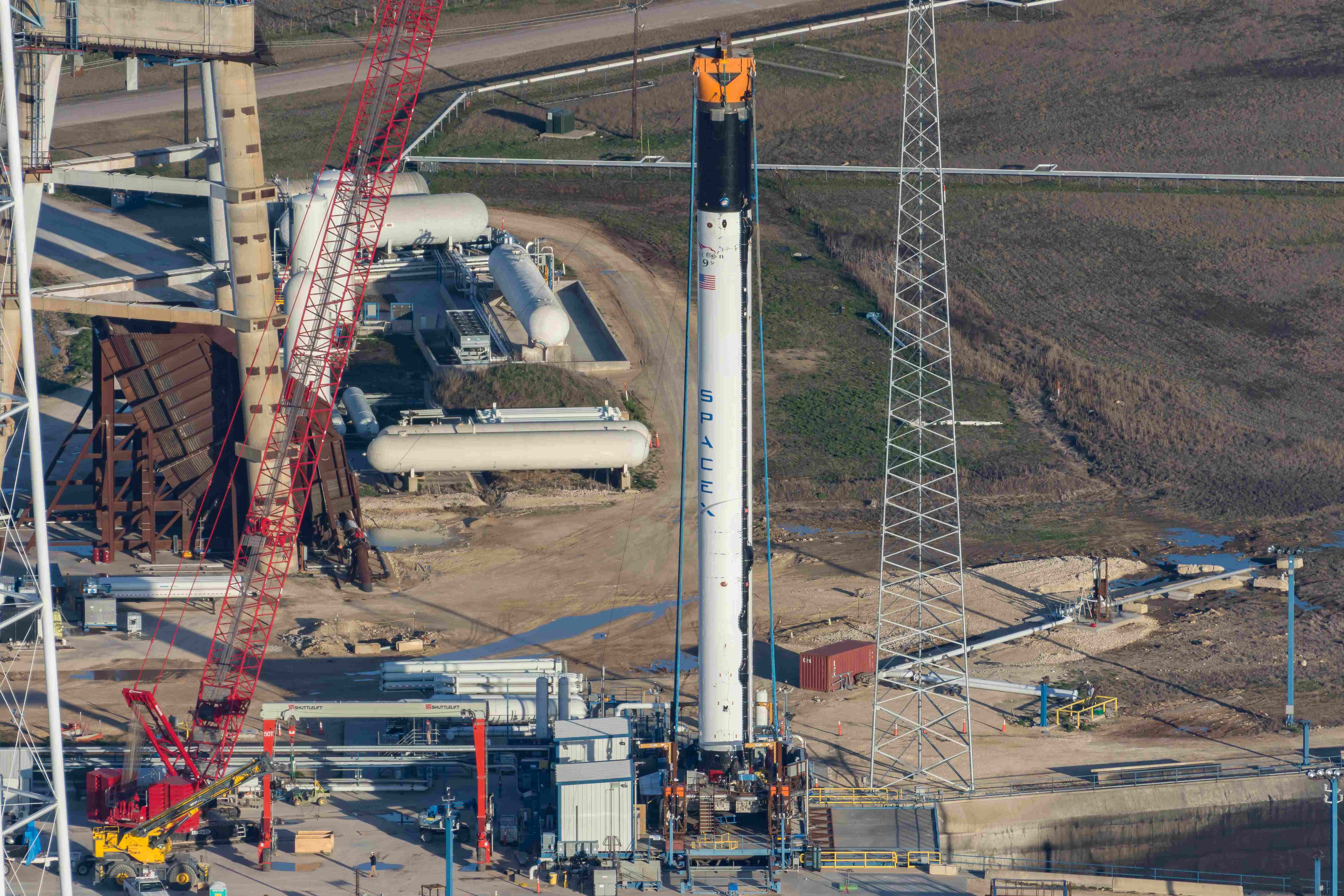 Core 1046 performed three very short “burst” static fires on the test stand from March 11-13 – one each day – before performing a full duration static fire on the night of March 15. After the static fire tests, the booster was then transported from SpaceX’s McGregor test facility to the Horizontal Integration Facility (HIF) at the base of Launch Complex 39A (LC-39A) at Kennedy Space Center in Florida.

Core 1046 and its second stage are currently undergoing preparations on LC-39A for the on-pad static fire test – one of the last major hurdles before launch.

All static fire tests since the Amos-6 on-pad anomaly in 2016 have been without the rocket’s payload and the fairing, to ensure minimal risk for the customer’s payload should something go wrong during the test. 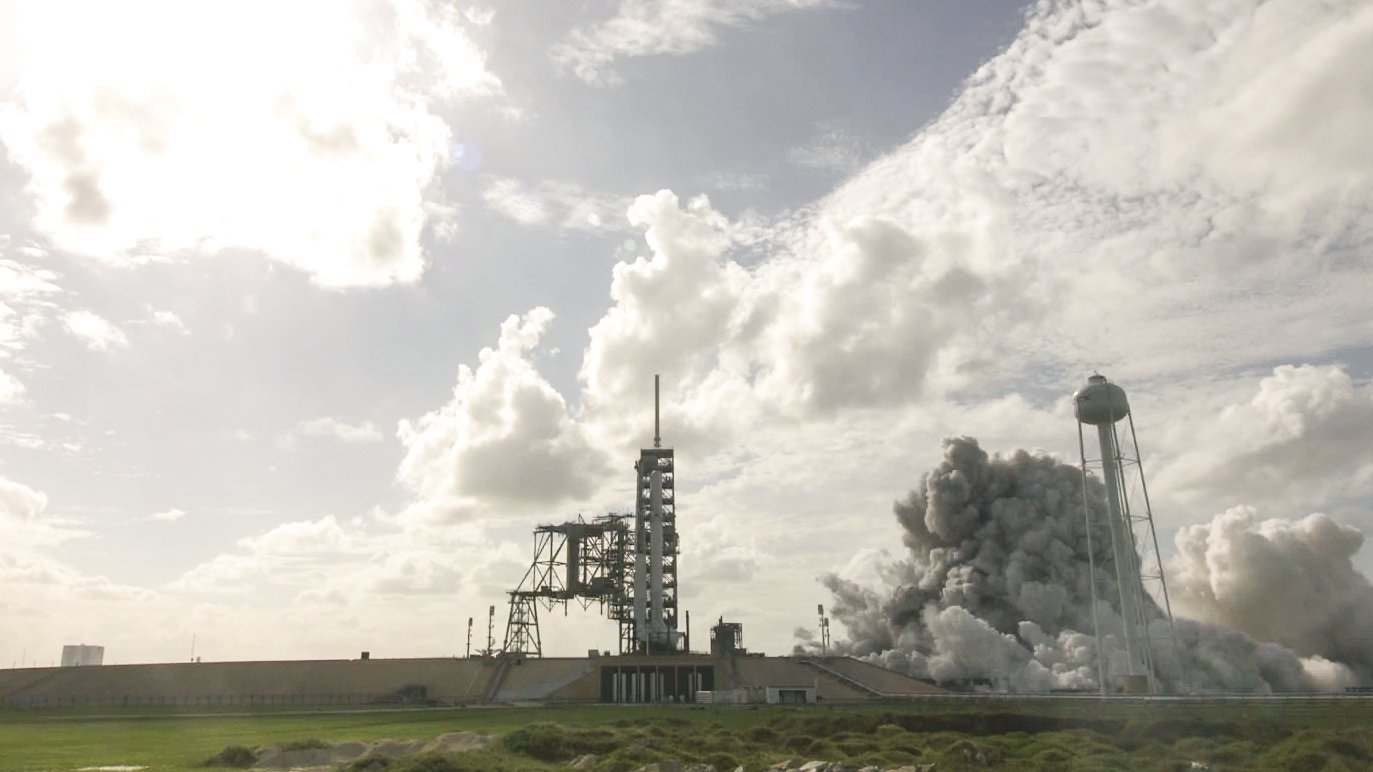 Static fire of a Falcon 9 on Launch Complex 39A. Credit: SpaceX

The static fire test consists of a simulation of the entire launch countdown, including rolling the vehicle – minus its payload – out of the HIF and raising it vertical on the launch pad.

The rocket is powered up, and the tanks on both stages are filled with propellant. The test ends with a 3.5 or 7 second firing of the 9 Merlin 1D engines on the first stage, depending on whether or not the vehicle contains a flight-proven – or already flown – first stage.

After the firing is complete, the fuel tanks on both stages are drained and the vehicle is transported back into the HIF for integration of the payload.

Meanwhile, engineers and flight controllers at SpaceX HQ in Hawthorne, CA and SpaceX Launch & Landing Control just outside of Cape Canaveral Air Force Station perform a quick analysis – appropriately referred to as a “quick look” – of the test data and soon after announce whether or not the test was a success on Twitter.

Interestingly, SpaceX took longer than usual to tweet confirmation of the test and noted a data review was still ongoing ahead of confirming the launch date.

The static fire test also ensures the rocket, pad and range systems are functioning properly, along with the new automated flight termination system – a unique feature of the Falcon family.

In the interim period after the test, the Falcon 9 remained erect on the pad longer than usual, before finally being rolled back into the HIF.

On Monday, SpaceX confirmed the launch date had been moved to Thursday, May 10.

Targeting Falcon 9 Block 5 launch of Bangabandhu Satellite-1 on May 10 from Pad 39A in Florida.

The payload on this flight is Bangabandhu-1, the first geostationary satellite from Bangladesh. The satellite was designed and built by Thales Alenia Space in France, based on their Spacebus-4000B2 platform.

Once in orbit, it will be operated by Bangladesh Communication Satellite Company Limited. It weighs 3500kg – which is on the lighter end of the geostationary payloads launched by the Falcon 9. 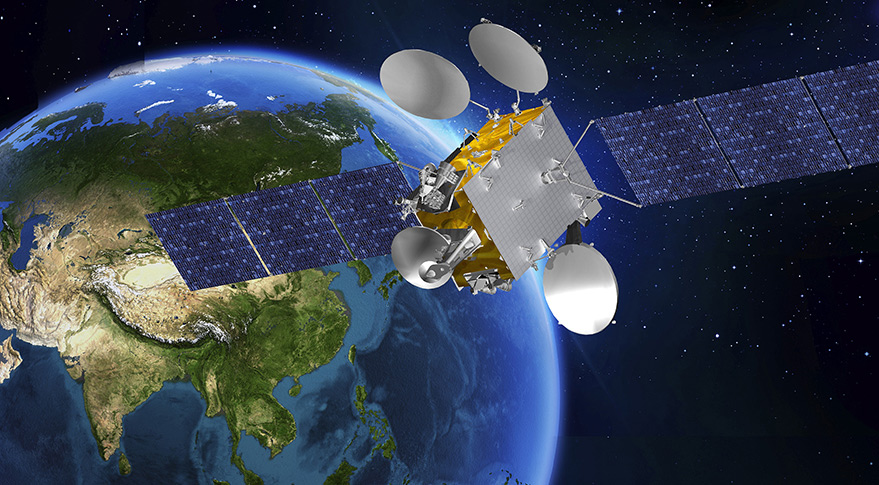 Its primary purpose is to relay communications, providing service to mainly Bangladesh and surrounding countries. It is expected to be in operation for 15 years. The satellite has 14 C-band and 26 Ku-band transponders onboard.

Since Bangabandhu-1 is a relatively light GTO satellite, the Falcon 9 first stage will have enough propellant leftover to perform a landing on SpaceX’s East coast Autonomous Spaceport Drone Ship – or ASDS – Of Course I Still Love You.

After Bangabandhu-1, the next launch on SpaceX’s radar is the joint Iridium NEXT 6/GRACE-FO mission, launching from Vandenberg Air Force Base in California, currently scheduled for May 19. SES-12 will be next, launching from SLC-40 at Cape Canaveral Air Force Station on May 24. Both missions will use flight-proven first stages and will be closing off SpaceX’s launches for May.