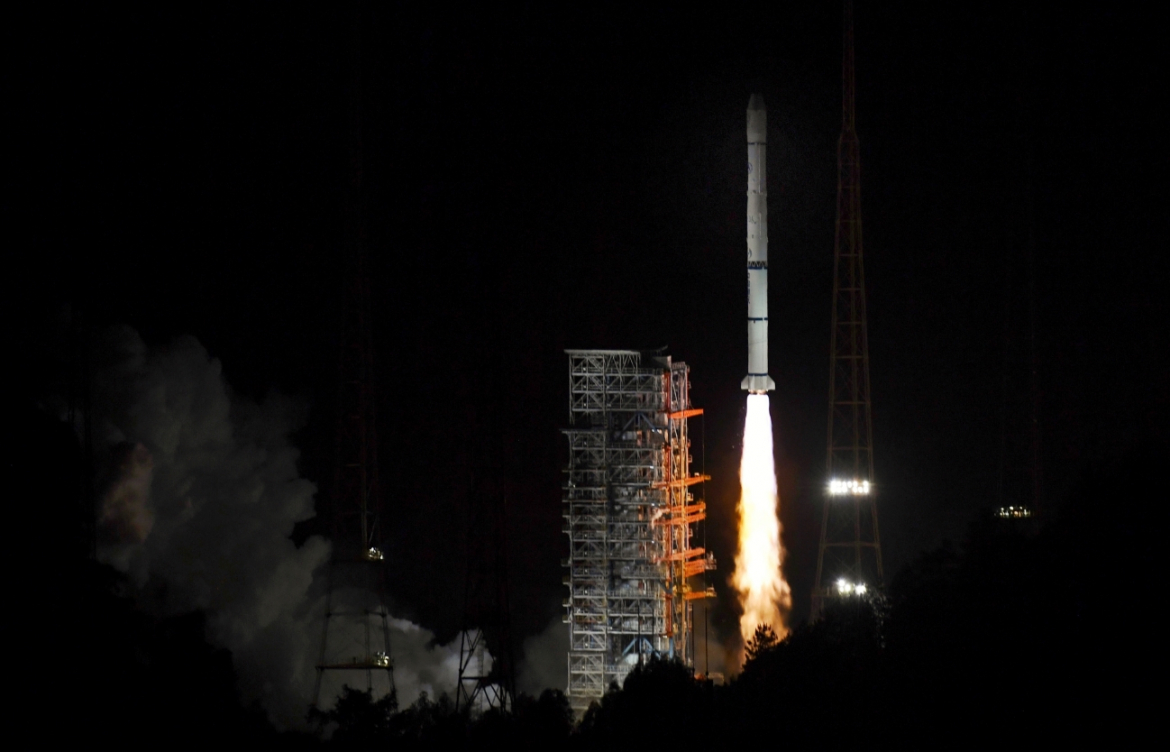 China launched a new geostationary meteorological satellite using a Long March 3A (Chang Zheng 3A) rocket from the Launch Complex LC2 at the Xichang Satellite Launch Center (XSLC). The launch of Fengyun-2H (Fengyun-2-9) took place at 13:07 UTC on June 5.

Like previous FY-2 satellites, the instruments on board Fengyun-2H are the DCS (Data Collection Service), the SEM (Space Environment Monitor), the S-VISSR (Stretched Visible and Infrared Spin Scan Radiometer) and the SXM (Solar X-ray Monitor).

The DCS provides operational collection services for data collection platforms (DCPs) within its field of view. The system is composed of three subsystems (Space Segment, DCP and ground-based NSMC).

The space segment of the DCS is a platform consisting of a UHF/S-band transponder, a mechanically despun S-band antenna, and UHF receive antenna. The data collection transponder operates in 401/468 MHz and the number of channels is 133, 100 of these channels are for domestic use and 33 international channels.

The ground-based NSMC (National Satellite Meteorological Center) which collects and processes the DCP data and distributes it via GTS to the user community.

The S-VISSR is an optomechanical system with scanning modes for normal scanning, optional scanning and single line scanning.

The telescope collects radiation during each scan and focuses it on the detectors in the focal plane using primary and secondary mirrors. The Si photodiode detector array has four elements mounted normal to the scan direction, providing 5 km wide instantaneous observation coverage on each scan line, matching the scan line width of the IR detectors with only one detector element.

The HgCdTe detectors are cooled by radiation coolers to a temperature of 100 K. A complete scan of 20º x 20º, covering the full Earth disk is obtained every 30 minutes by means of the spacecraft spin motion (100 rpm from E-W) and the step action (2500 steps from north to south) of the scan mirror. 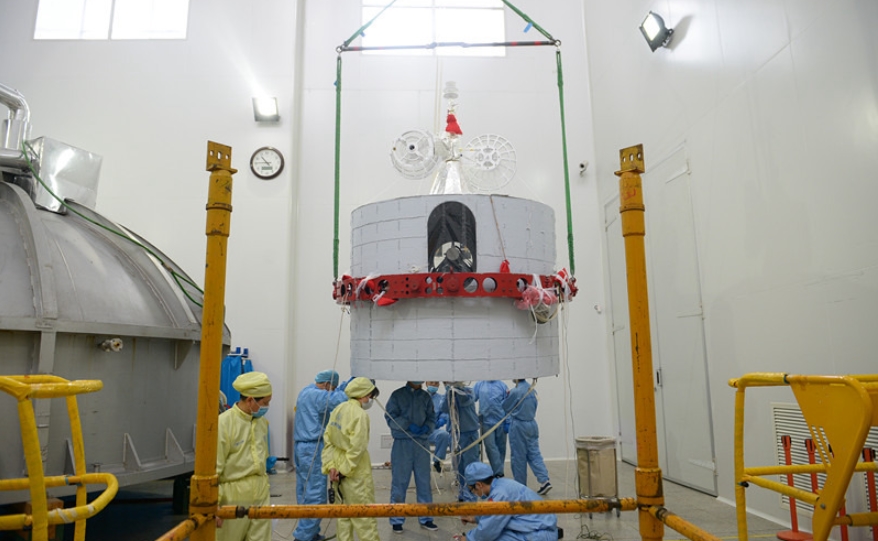 FY-2H is also equipped with a solar X-ray detector for monitoring and early warning of solar flares (the Solar X-ray Monitor).

The development of the FY-2 geosynchronous meteorological satellite series began in the 1980s.

The first satellite was ready for launch in 1994. However, while the satellite was being loaded with propellant in the process facilities at the Xichang Satellite Launch Center, it exploded killing one technician and injuring 31 others.

The explosion destroyed the satellite and it took three years to prepare a replacement after the redesign of the propellant tank system.

In general, the Fengyun-2 satellites are spin-stabilized satellites with a total mass of 1,369kg at launch (536kg dry mass).

The range of Fengyun satellites – via the National Satellite Meteorological Center, CMA 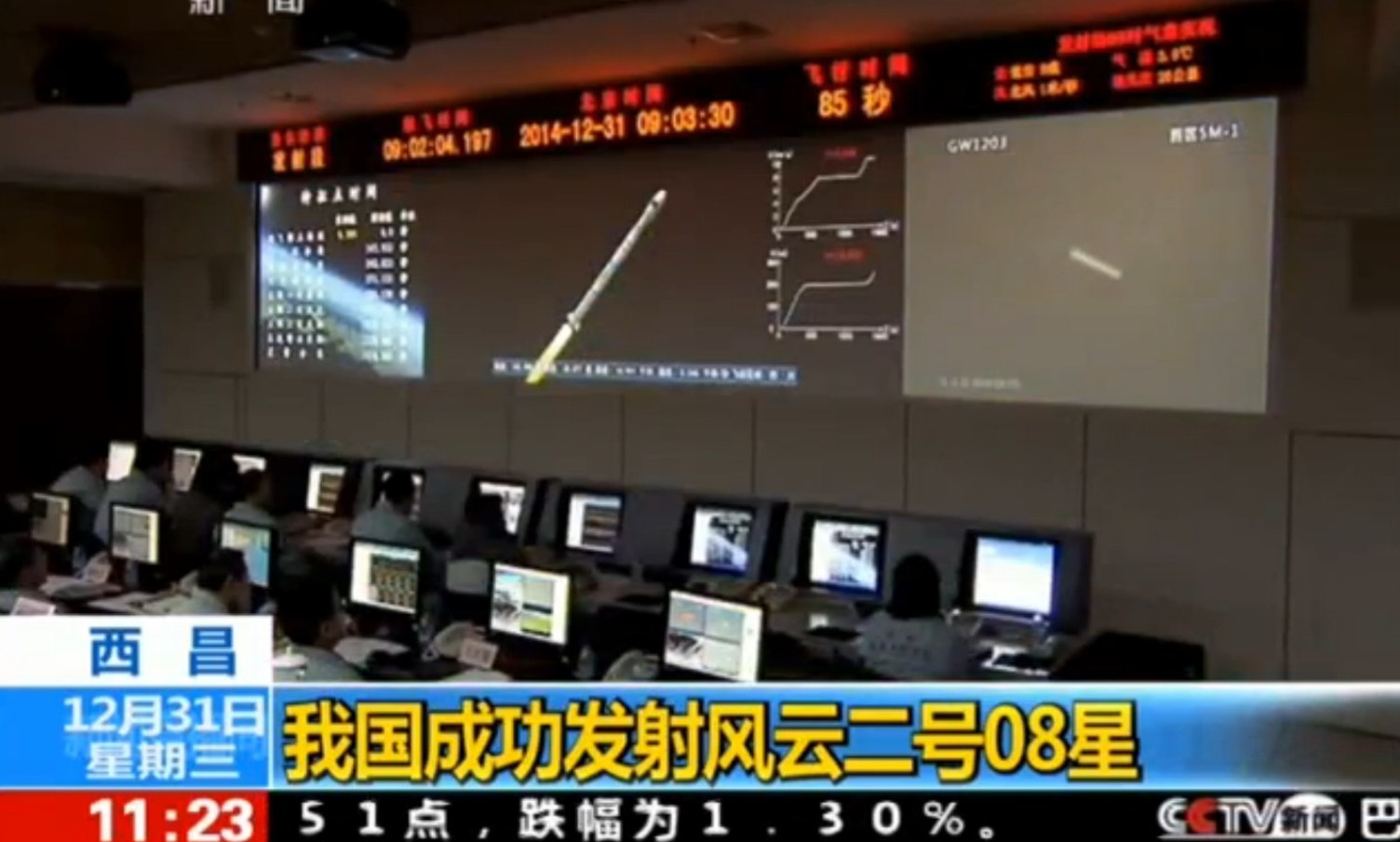 The Long March 3A is a three-stage liquid launch vehicle, which has inherited the mature technology of the Chang Zheng-3. 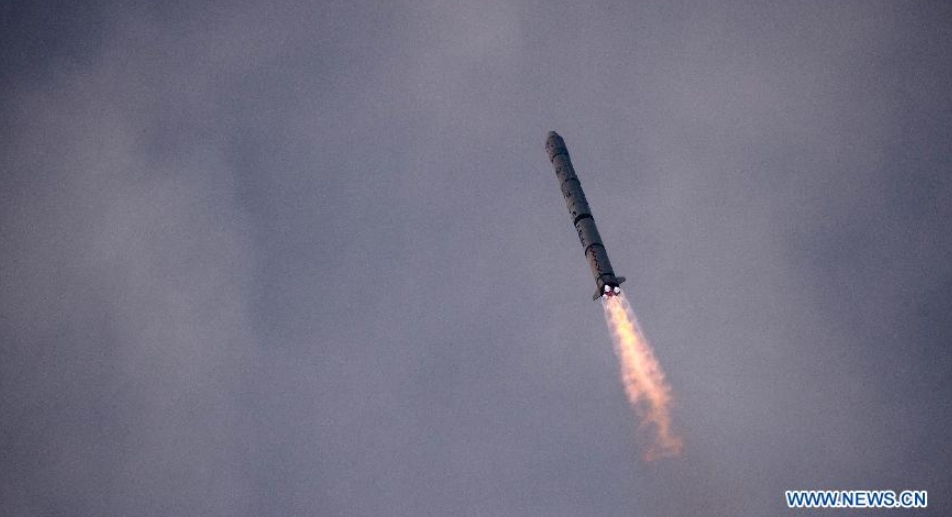 In June we can expect at least two other orbital launches from China. From Xichang, a Long March-3B/Y1 will launch of a new pair of navigation satellites and China is also preparing the launch of the PRSS-1 (Pakistan Remote Sensing Satellite) that will take place from the Taiyuan Satellite Launch Center using a Long March-2C/SMA, together with the PakTES-1 satellite.

New Horizons comes out of hibernation ahead of January MU69 flyby