The evolution of Thor – Delta II prepares for swansong 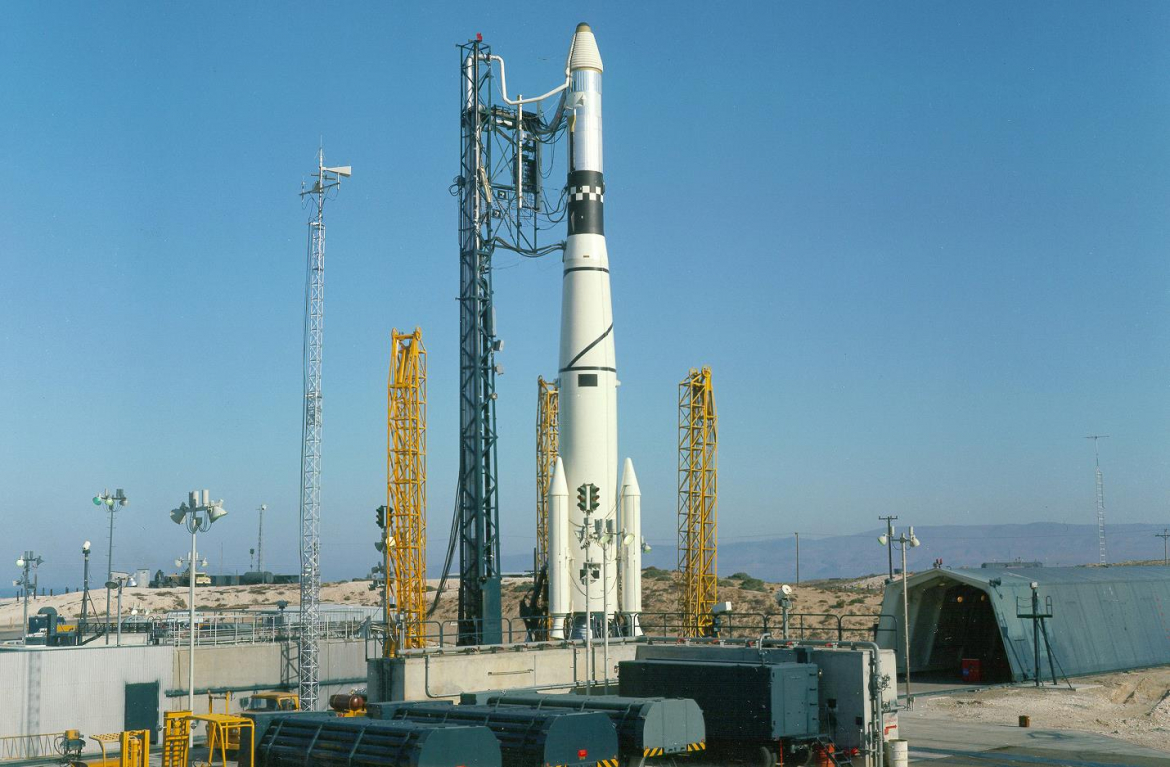 When United Launch Alliance’s final Delta II rocket deploys NASA’s ICESat-II satellite on Saturday, the launch will bring down the curtain not just on the Delta II’s own illustrious career, but also on a series of rockets dating back to the early days of the space race. Delta II is the ultimate evolution of the US Air Force’s Thor missile, which first flew in 1957 and stood watch in Britain against Soviet aggression from 1959 to 1963.

The Thor missile grew out of a 1955 study that called for a new type of missile, capable of delivering a nuclear warhead to targets 1,500 nautical miles (2,800 kilometers, 1,700 miles) from its launch site.

At the time both the United States and the Soviet Union were developing their first intercontinental ballistic missiles (ICBMs), but it was thought that a shorter-range intermediate-range ballistic missile (IRBM) could be brought into service more quickly to gain the upper hand in the Cold War.

This came at a time when US intelligence agencies believed that the Soviet Union could have missiles ready sooner than the United States, capable of striking targets in Western Europe and the United Kingdom.

From the outset, Thor was intended to be developed and deployed quickly – when the Pentagon approved the program the Air Force’s Western Development Division was directed to “proceed at maximum pace”.

In late 1955 the US Air Force awarded the Douglas Aircraft Company a contract to develop the new missile, designated the XSM-75. The X, signifying experimental, would be dropped when the missile entered service, while Thor would later be redesignated PGM-17 after the Air Force changed its designation system.

The new missile incorporated a Rocketdyne LR-79 engine, evolved from a powerplant originally developed for the boost stage of the Navaho missile and also known as the MB-3. This was a closely-related development to the MA-3 engines that would be used on early versions of Atlas, the primary intercontinental ballistic missile then under development in the United States, as well as the Jupiter IRBM that was being produced by the Army. A pair of vernier engines helped to steer the missile, providing roll control.

The Thor missile stood about 19.8 meters (65 feet) tall with a diameter of 2.4 meters (8 feet) – dimensions that were driven by a requirement for the missile to be air-transportable via the C-124 Globemaster II cargo planes then in service with the Air Force.

Thor had a sleek, tapered shape designed to improve its aerodynamic qualities, while the General Electric Mk.II Re-entry vehicle that would house the missile’s W49 thermonuclear warhead gave it a blunt nose.

In January 1957, barely a year after Douglas were contracted to build it, the first Thor stood ready at Cape Canaveral’s Launch Complex 17B (LC-17B). The maiden flight lifted off at about quarter to eight Eastern Time on the evening of 25 January (00:45 UTC on 26 January).

Thor 101 reached an altitude of about 15 centimeters (6 inches) before its engine lost thrust, sending the rocket crashing back to Earth. Thor exploded on impact with its launch pad. 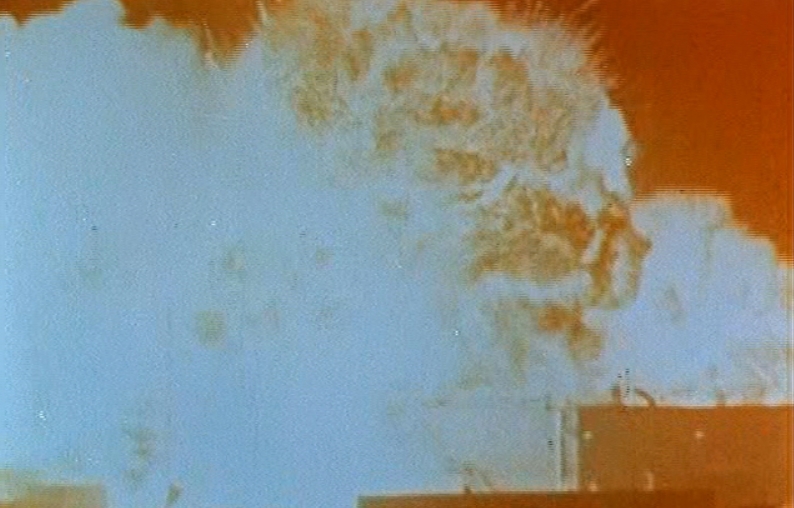 Three months later, Pad 17B had been repaired and another Thor was in position to launch. This time the missile performed flawlessly. However, the range safety officer’s console had been wired up incorrectly which led him to believe incorrectly that the rocket was off course – and he transmitted a self-destruct command about half a minute after liftoff.

These early setbacks were the start of a difficult period of testing for Thor – although many other early missiles were similarly affected by teething problems as the technology of the day was less refined and trial-and-error was part of the learning process. Thor was developed in a time before complex computer simulations when the only real way to test a design was to put it on the launch pad and light the blue touch paper.

Thor’s third flight didn’t make it as far as liftoff – about four minutes before the planned launch, during the final stages of fuelling, a valve failure caused too much pressure to build up in the rocket and the vehicle exploded. The fourth launch – the first to used Pad 17A – launched at the end of August 1957 but also failed.

Thor’s first successful launch came on 20 September 1957 – at the fifth time of asking. The rocket lifted off from Launch Complex 17B, flying out over the Atlantic Ocean for about 1,770 kilometers (1,100 miles, 960 nautical miles). Despite the success, Thor would suffer a further six failures over its next eight launches – including two more explosions on the launch pad.

Testing continued into 1958, with increasing success. The development version of Thor, known as the DM-18, made 21 launches – six successful – before giving way to the DM-18A: the operational version of the missile whose most noticeable difference was the absence of fins around its base.

While testing continued at Cape Canaveral, Thor’s first combat training launch (CTL) was made from Vandenberg Air Force Base on the Western Range in December 1958. These training launches would continue throughout Thor’s service, being performed by both US Air Force and Royal Air Force crews.

A modified version of Thor, with an improved MB-3-2 engine and a more pointed nose cone to reduce drag, was used for three missions to test and improve the Eastern Range: this DM-18C configuration would later form the basis of the Thor DM-21 used as the basis of many satellite launch vehicles.

Between June and November 1962, eight Thor DSV-2E missiles were launched from Johnston Island in the Pacific Ocean as part of Operation Fishbowl, a series of high-altitude nuclear tests. The first launch was a demonstration flight, with the other seven launches carrying live thermonuclear warheads.

The first two live launches – codenamed Bluegill and Starfish – both failed. However the third attempt – Starfish Prime – resulted in a successful detonation of the W49 warhead at an altitude of 400 kilometers (250 miles, 220 nautical miles) on 9 July. Radiation from the test damaged several satellites in orbit at the time.

After two more unsuccessful launches, the Bluegill Triple Prime test was completed on 26 October with the W50 warhead detonating at an altitude of 50 kilometers (30 miles, 27 nautical miles). The final Thor launch to carry a live warhead was Kingfish, on 1 November, which detonated at 97 kilometers (60 miles, 52 nautical miles)

Thor missiles were operated by the Royal Air Force under the Anglo-American Project Emily, whereby the missiles and their targeting were placed under British control – with British crews responsible for preparing and launching them – however the warheads remained under US jurisdiction. Officers from both countries would be responsible for launching the missiles should the need have arisen, with separate keys to enable launch and to arm the nuclear weapon.

The first of sixty Thors arrived in the United Kingdom in August 1958 and the missiles began to go on alert the following year. 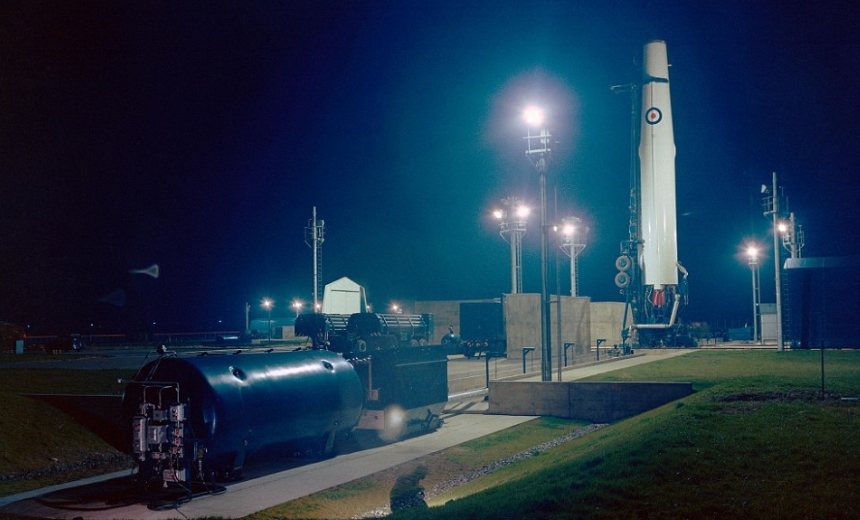 Also in 1962, NASA’s Applications Vertical Test Program used two single-stage DSV-2D rockets for missions named Big Shot 1 and 2, demonstrating the deployment of a mylar balloon for the Echo project – which aimed to test the use of large balloons to facilitate communication.

The RAF’s deployment of Thor continued until 1963 when the missiles were returned to the United States. By this time the advent of intercontinental ballistic missiles, such as Atlas and Titan, had reduced American reliance on missiles stationed in Europe. The missile’s fuel mixture – kerosene and liquid oxygen – also proved impractical for a missile that was expected to launch at a moment’s notice: liquid oxygen boils off at ambient temperatures so the missile had to be fuelled just before launch, reducing its reaction time. The introduction of storable, and later solid-fuelled, propellants rendered Thor obsolete.

Having also canceled its own Blue Streak missile, Britain had intended to replace Thor with the American-built air-launched Skybolt missile. After this project was canceled by the US Government, the UK eventually reached an agreement to purchase Polaris submarine-launched ballistic missiles instead.

After its retirement as a missile, the US Air Force began Program 437, using surplus Thor missiles as nuclear-tipped antisatellite weapons. As the Starfish Prime test had demonstrated, nuclear detonations in space could devastate satellites, but it would affect all spacecraft in the vicinity – friend and foe alike – making the weapon ultimately impractical. The Thor DSV-2J made several unarmed test launches from 1964 until the program was stood-down in 1975, but was never used in anger.

While Thor’s career as a missile may have been short, it found its niche as a workhorse of the US space program for over half a century, supporting both military and civilian projects. In April 1958 Thor flew with an upper stage for the first time – with a Thor DM-18 Able being used in the first of three high-energy suborbital tests of missile reentry vehicles.

Thor-Able was created by mating an unarmed Thor missile with the second stage of Vanguard, the rocket developed by the Naval Research Laboratory in an attempt to orbit the first US satellite. The Vanguard second stage, powered by an Aerojet AJ10-40 engine, was renamed Able – a phonetic representation of the letter A used prior to the adoption of the modern NATO phonetic alphabet.

The three Thor-Able re-entry vehicle tests were carried out in 1958. Each carried a mouse named Mia (Mouse in Able), however none of the mice were recovered – the first test launch failed and on both other flights the re-entry vehicle could not be located despite a successful launch.

In August 1958 a modified Thor-Able, known as Thor DM-18 Able I, was used for Thor’s first orbital launch attempt and the first attempt by any nation to send a spacecraft to the Moon. 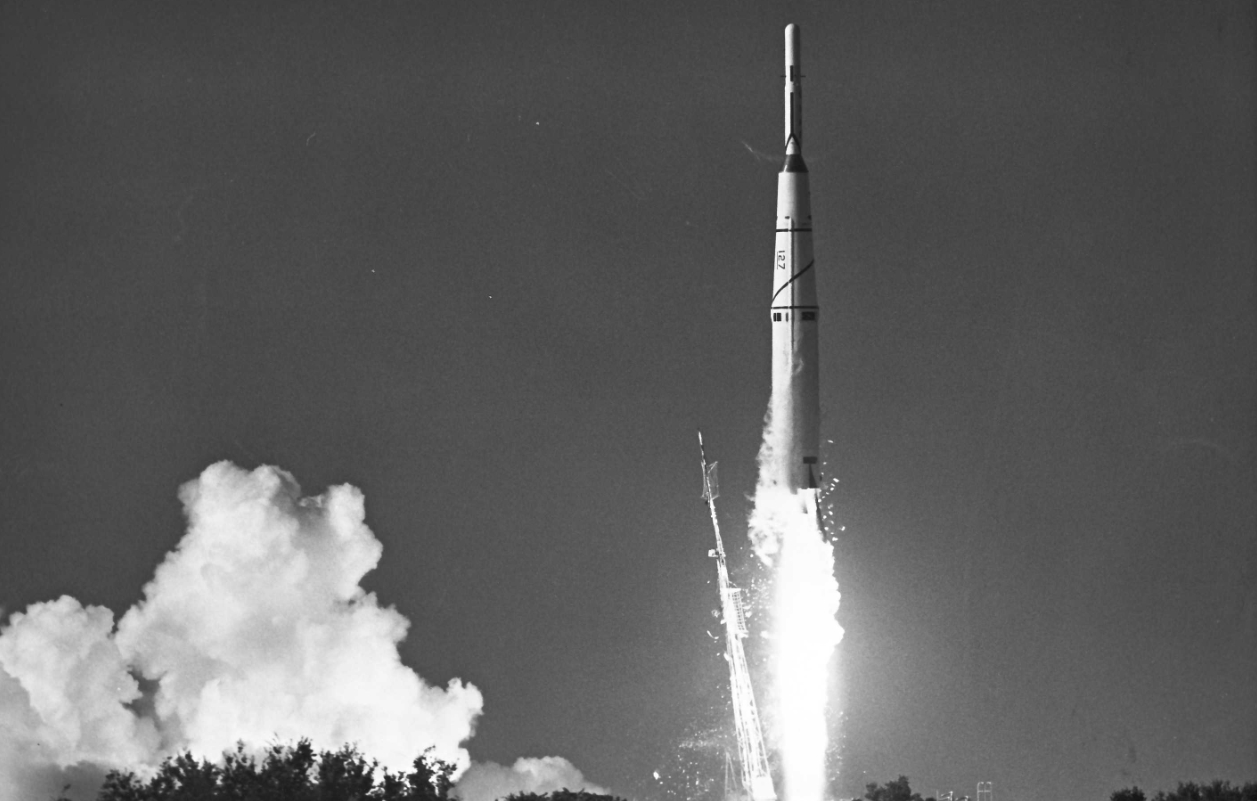 The unnamed US Air Force spacecraft was the first mission of what would become the Pioneer program and has been known retrospectively as Pioneer 0, although the Pioneer name was not used until NASA took over the project later in the year.

Thor DM-18 Able I differed from the earlier Thor-Able through the addition of a small solid-fuelled third stage, the Altair, or X-248. This was to give the probe sufficient energy to reach the Moon – with the spacecraft then entering Lunar orbit under its own power. A first stage engine failure led to the loss of the mission. Two further Pioneer launches later in the year also failed – both due to third stage issues.