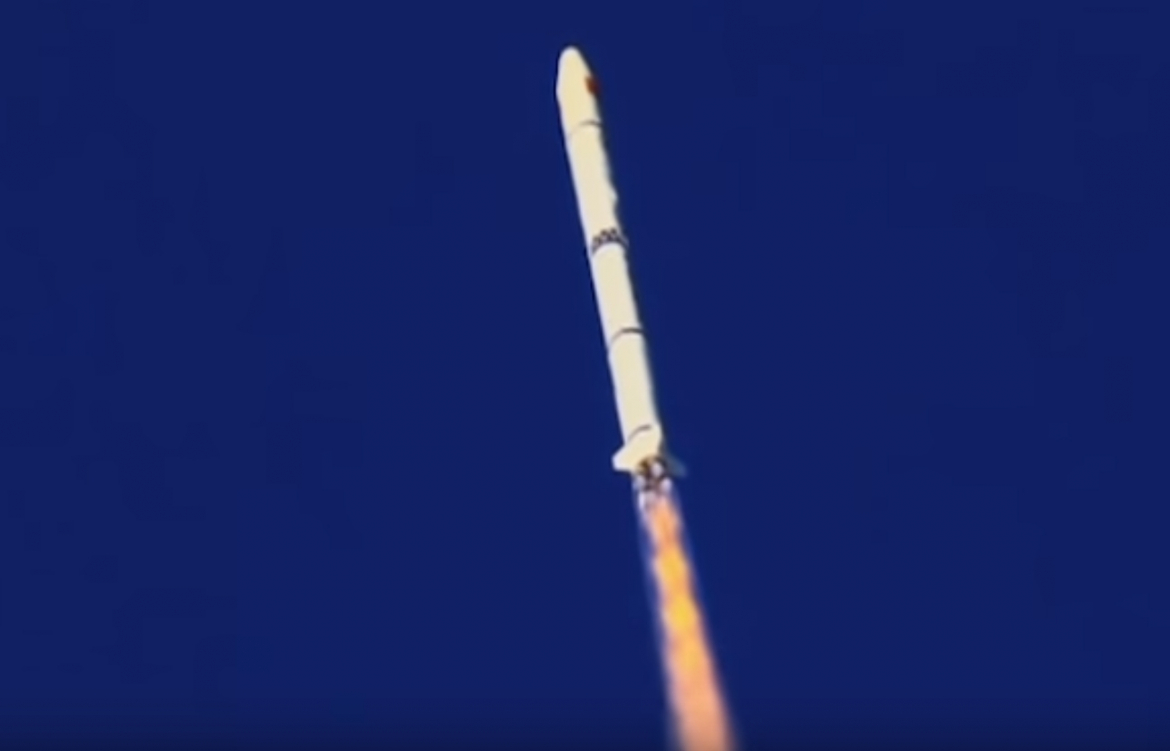 China launched a cooperative mission with the French agency CNES when the CFOSAT oceanographic satellite was lofted place from the Jiuquan Satellite Launching Center at 00:43 UTC Monday. A Long March-2C (Chang Zhen-2C) rocket was used to launch the new satellite together with several small satellites.

SWIM’s 6 rotating beams will enable it to measure wave properties (direction, wavelength, etc.), while SCAT will measure wind intensity and direction. The data will be downlinked to French and Chinese receiving stations.

These data will allow scientists to achieve more accurate ocean forecasts and give earlier warning of severe weather events like storms and cyclones. CFOSAT will also help climatologists to learn more about exchanges between the oceans and atmosphere, which play a key role in climate.

Conceived by the LATMOS atmospheres, environments and space observations laboratory in Paris and Guyancourt, the SWIM instrument was developed by Thales Alenia Space with oversight and funding from CNES. Other mission partners include the French Institute of marine research and exploration IFREMER, the French national weather service Meteo-France, and SHOM, the French naval hydrographic and oceanographic office. 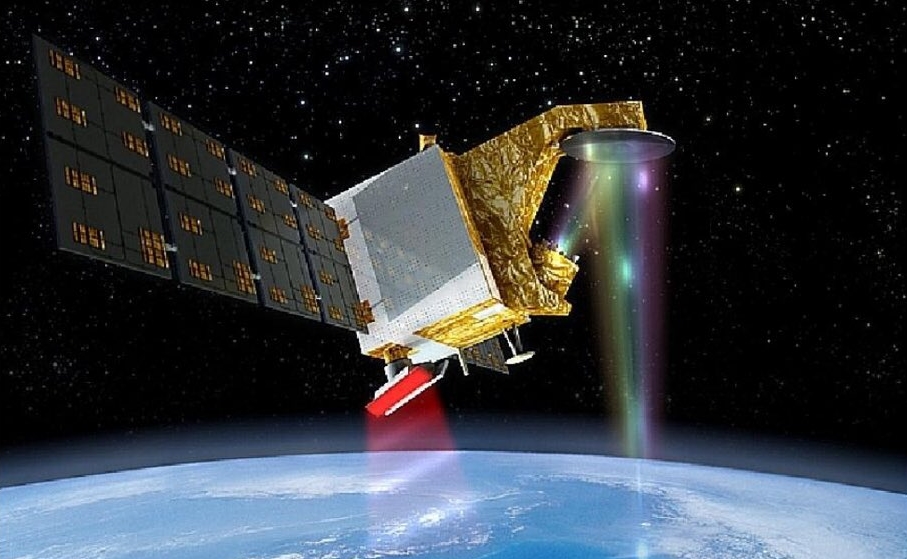 CFOSAT in action – via CNES

CFOSAT is a pre-operational mission of joint measurements of winds and waves which aims is to supply wind/wave observations in near-real time to the meteorological agencies to improve their forecast and sea state models. These measurements will also be supplied to the scientific community for the oceanographic and climate research to improve sea models as well as our understanding of the influence of the sea state on surface fluxes.

CFOSAT is based on the CAST2000 satellite bus provided by the DFH Satellite Corp. The spacecraft has a launch mass of 600 kg and the primary structure has a size of 1.4 m x 1.4 m x 1.2 m. Mission design life is 3 years. 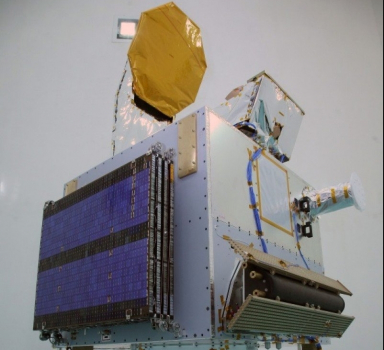 These main objectives are the modeling and prediction of ocean surface wind and waves; to determine the physical processes of wind and waves; to determine the interactions between surface waves, atmosphere and ocean; to investigate the interactions between electromagnetic signals and the ocean surface; and to study the wave evolution in coastal regions.

The two instruments will also be able to estimate the radar cross-section dependence with incidence (from 0 to 10° and from 18 to 50° for SWIM and SCAT, respectively) and azimuth, in order to derive from properties on the statistics of the sea surface slope (mean square slope, shape of the slope probability density function), to estimate of wind direction and wind speed; in the polar ice sheet, the contribution of volume scattering with respect to surface scattering, and ice surface and snow pack characteristics; and the humidity and roughness of bare soils over land surface.

The Satellite Control Centre (located in Xi’an) and its Telemetry, Tracking, and Commanding (TT&C) S-band station network are in charge of operation, control and management of the CFOSAT satellite. The Centre will be used for reception and processing of satellite telemetry data and monitoring of satellite operation status; transmission of commands and uploading of command data in order to control and manage the satellite; and tracking, determination, and forecast of the satellite’s orbit (including injection orbit).

Xiaoxiang-1 (02) is a small satellite demonstration mission for the LaserFleet that aims to develop a 288 small laser communication satellite constellation to provide broadband Internet access.

Also designated Tongchuan-1, the Zhaojin-1 is a 6U CubeSat that is the first of a 24 satellite constellation developed by the Tsinghua University. The designated Gamma Ray Integrated Detectors (GRID) will try to detect the signatures of the gamma-ray bursts, trying also to identify and locate the electromagnetic counterparts to gravitational waves.

The Tianfuguoxing-1 (Xinghe) CubeSat will be used for technological demonstration. The mission is operated in conjunction with the Guoxing Yuhang Co. Ltd. (ADA Space).

CubeBel-1 (BSUSat-1) was developed by the Belarusian State University (BSU) and is a demonstration satellite to test satellite propulsion, communications systems, and data collection, among others. It will have a design life of 5 years and be placed in Low Earth Orbit (LEO) at an altitude of 500km and will transmit radio signals that students can access by using a USB flash drive. The agreement to launch BSUSat-1 was signed on February 7 between BSU and the China Great Wall Industry Corporation (CGWIC).

The 2U CubeSat will serve as a basis for various aspects of the aerospace educational and research programs at the university. In the context of practical courses, students will learn to receive and process telemetry and satellite imagery, to test various stabilization algorithms, calculate orbital elements, to study gamma spectra at low Earth orbit, etc. Students will study also the radio systems of amateur satellites and get an idea of amateur radio. The satellite has been equipped with a digital repeater for the purpose of amateur radio community. 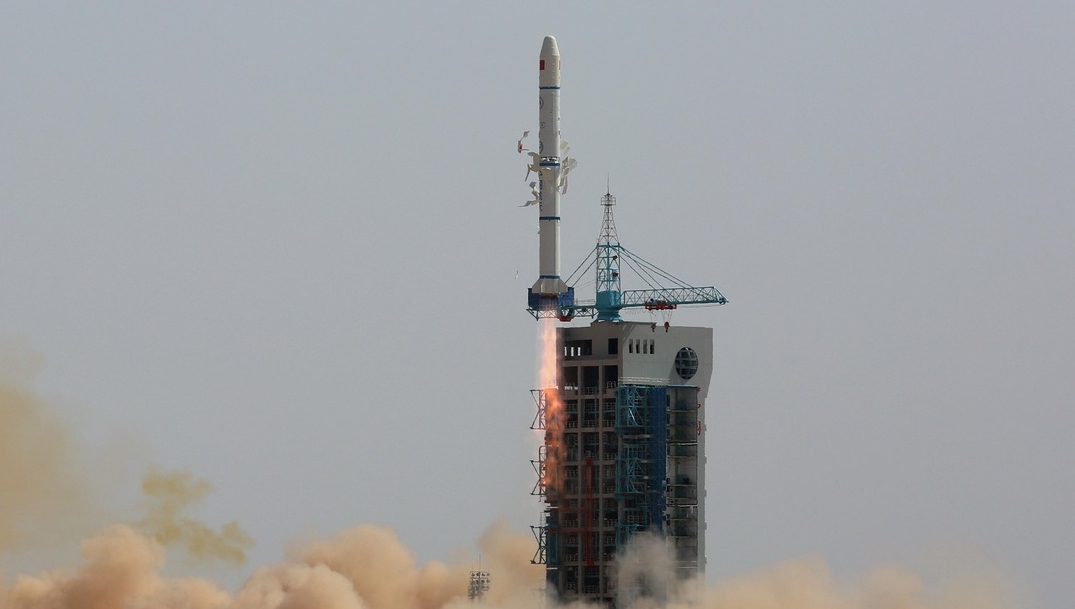 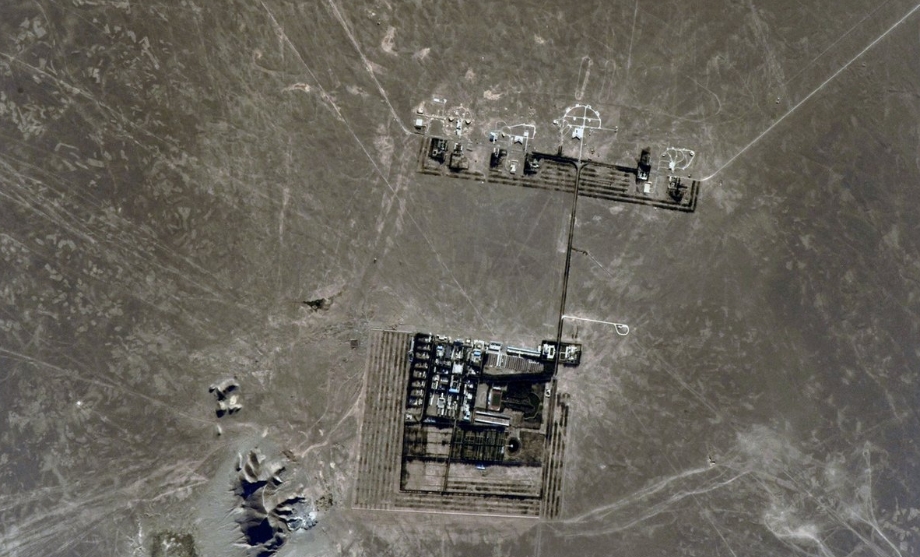 The launch site photoed from the ISS

Other launch zones at the launch site are used for launching the Kuaizhou, Kaituo, the Long March-11 solid propellant launch vehicles and other private solid launch vehicles, like the Zhuque-1.

Next in line for China will be the launch of two new navigation satellites from the Xichang Satellite Launch Center schedule for November 1.