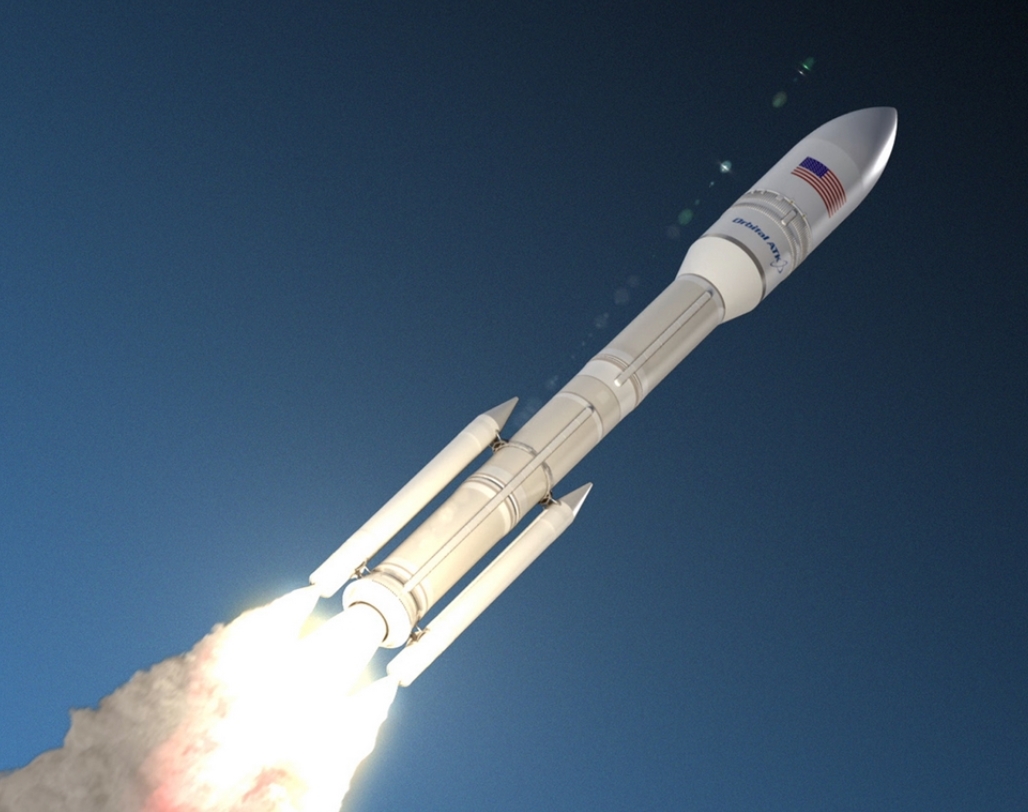 Northrop Grumman Innovation Systems has won a major contract from the U.S. Air Force to develop their largely solid propulsion OmegA rocket.  The contract award, valued at an approximate total of $792 million to be paid in increments over various phases, ensures the Air Force that NGIS will develop both an intermediate and heavy configuration for OmegA.

The contract award followed a Request For Proposals (RFP) from the U.S. Air Force last year as part of the government’s effort to ensure competition and a diverse range of launcher choices for government space needs.

But work on OmegA began long before the Air Force RFP.  In fact, the idea for OmegA can trace its history to the Antares rocket and its initial development, which began in 2007.

“[Antares], at the time, was meant to be a Delta II replacement,” said Mike Laidley, Vice President of OmegA for Northrop Grumman Innovation Systems, in an exclusive interview with Chris Gebhardt and NASASpaceflight.

“Delta II had been this workhorse for the Air Force and it was being retired.  And I think we envisioned at that time that the Antares was going to be a good opportunity for us to get into the medium launcher market.”

However, that medium class launch market never developed, in large part because with Delta II’s retirement, companies and the Air Force stopped building the kinds of satellites Delta II was known for launching.

Meanwhile, ATK (which then became Orbital-ATK and then Northrop Grumman Innovation Systems) had already been working on a heavy-lift solid/liquid propellant rocket with Liberty.

“So when [ATK and Orbital Sciences] merged, we were really looking for how we could grow Antares because the market we envisioned never really developed.  So there was never the demand for Antares [we thought there would be].”

That is not to say that Antares is not perfectly suited for its role in launching Cygnus resupply missions to the International Space Station.  It is. But for Orbital-ATK, another rocket was needed to compete in the national security launch market.

“So we were looking at how we could grow the entire vehicle offerings to support that.  And that was right about the time the RD-180 replacement efforts got going in Congress. And we certainly saw an opportunity to produce a solid propulsion product to replace the RD-180.

“So we started working on OmegA about three years ago as part of the RPS – the Rocket Propulsion System development activity,” said Mr. Laidley.

The Rocket Propulsion System development activity was a U.S. Congress mandate to replace the Russian-made RD-180 engine on U.S. vehicles launching national security missions with U.S.-built engines.  This was – in large part – a response to continued geopolitical issues stemming from Russian intervention in foreign conflicts and the nation’s militaristic annexation of the Crimean Peninsula from Ukraine.

With that, “we started working on a vehicle configuration up here in Chandler, Arizona, to support those propulsion options and create a vehicle that would fulfill the government’s needs for the full range of EELV (Evolved Expendable Launch Vehicle) mission requirements,” noted Mr. Laidley.

We are honored that the @usairforce selected our #OmegaRocket for the next phase of the Evolved Expendable Launch Vehicle (EELV) competition! Learn more about the award and the rocket here: https://t.co/QJEPDoeoVQ #NorthropGrumman pic.twitter.com/ex7xdBt877

“If you look at the EELV mission requirements, there’s a range of like seven different orbits and a whole bunch of different weights and configurations that fall into those mission categories, all the way from intermediate up to heavy class missions.  And so we put together a vehicle configuration to support that.”

Late last year, then Orbital-ATK submitted OmegA as part of the Air Force’s Request For Proposals for rockets under development that would be capable of launching a host of national security missions.  Orbital-ATK/NGIS then worked with the Air Force to refine their offerings on OmegA.

The submission process paid off nicely with Wednesday’s announcement from the Air Force that NGIS was one of three companies chosen to move forward with funding for their rocket’s development.

It also covers the costs of four certification flights, two flights for each of OmegA’s intermediate and heavy configurations.  “At the conclusion of that process, we’ll have a fully certified system for all EELV missions,” noted Mr. Laidley.

In terms of East Coast facilities, NGIS will use High Bay 2 of the Vehicle Assembly Building (VAB) and former Space Shuttle MLP-3 (Mobile Launch Platform -3).  MLP-3 will need extensive modifications to account for the different blast profile it will endure with OmegA’s various configurations instead of what it handled with the Space Shuttle.

Moreover, a service tower will be added to MLP-3 to support OmegA, its payloads, and its cryogenic third stage’s LOX/LH2 (Liquid Oxygen / Liquid Hydrogen) fueling needs.  The rocket’s third stage will use the highly reliable RL-10 engine.

All of OmegA’s four test flights will take place from the Kennedy Space Center’s LC-39B following rollout of the rocket from the west-facing High Bay 2. 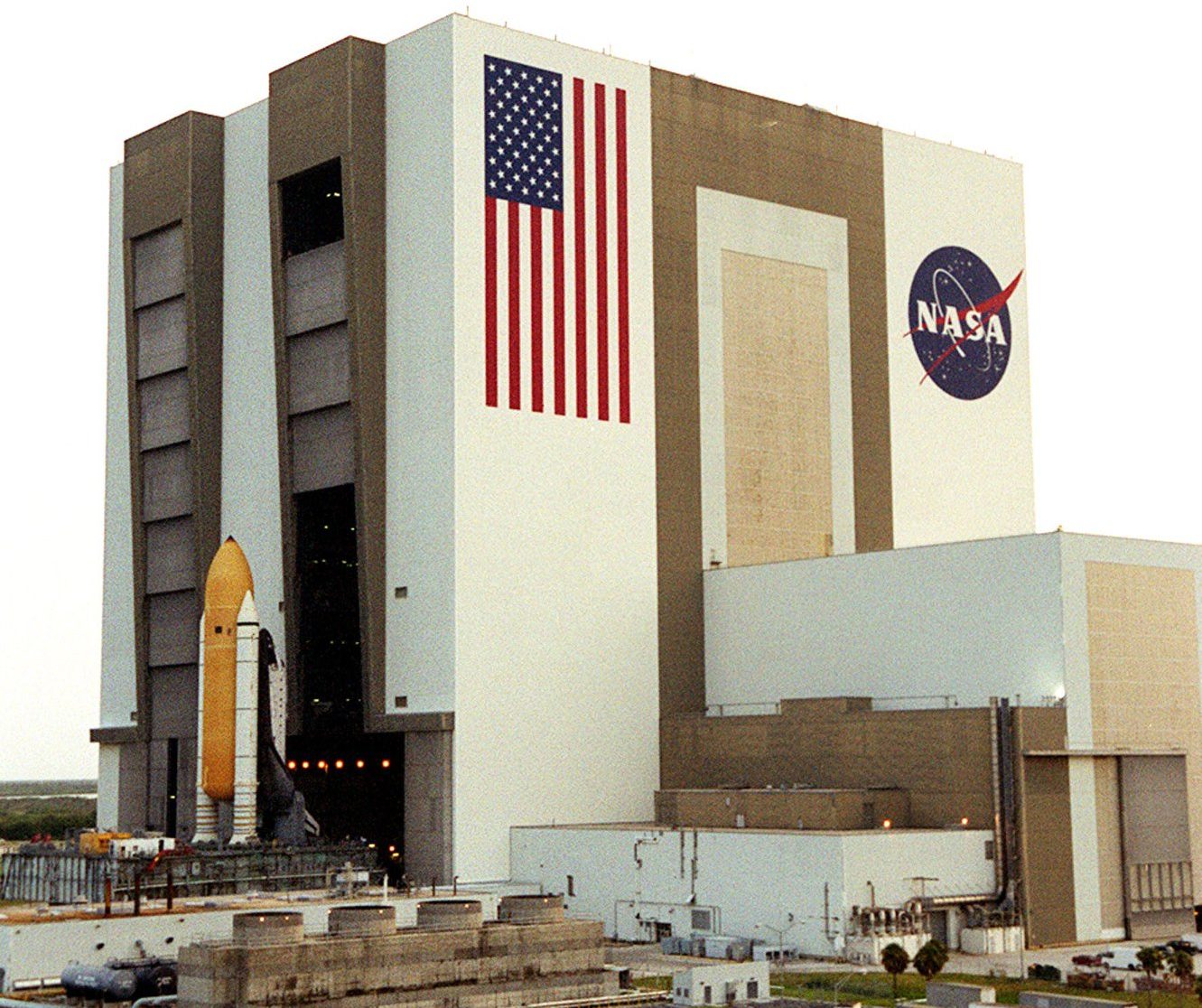 Space Shuttle Atlantis rolls out from High Bay 2 of the VAB after completing fit checks for Shuttle VAB safe haven operations as STS-106 rolls to the pad. (Credit: NASA)

As for West Coast operations, NGIS still hopes to take over SLC-6 at Vandenberg Air Force Base following the final Delta IV Heavy flight from that pad – a milestone currently set to occur in 2023.

With Air Force developmental funding for Phase 1 of the contract period secured, NGIS can proceed forward at full pace with OmegA final design and build operations.  And the value of the contract cannot be understated for OmegA’s future.

“This was really pivotal in our ability to close the business case on OmegA and show that we can produce a product that can give the company the return on investment that we need,” noted Mr. Laidley.

A large part of that sustainability comes from NGIS’s diversity of products and customers across all of their divisions – from the Air Force to NASA to the Navy to private corporations.

Nonetheless, this is not a guarantee that NGIS and OmegA will continue forward to Phase 2 of the contract announced Wednesday.   The contract will initially pay $181 million (USD) to NGIS (and also to ULA and Blue Origin) for 12 to 18 months of further vehicle design maturity and development.

At that point, each company will provide a firm, fixed-price quote for a block of national security missions over a five year period.  With those quotes in hand, the Air Force will review each company’s progress, each rocket’s promise, and each launch system’s diversity to determine which two of the three will proceed to Phase 2.

“Whoever is not selected as part of that process will have their agreement terminated,” related Mr. Laidley.  “However, at this point in time, we’re confident that we can put forth a vehicle offering that can meet [what the Air Force needs].

“If we’re not selected at that point, it’s likely that OmegA will continue in some fashion.  It probably won’t be exactly what it is now, but in some fashion there’s a definite possibility that it can continue.”

(This is the first of a two part article series NASASpaceflight will publish on OmegA and NGIS’s Air Force contract award.  Check back next week for the second article detailing OmegA’s production and testing timelines.)