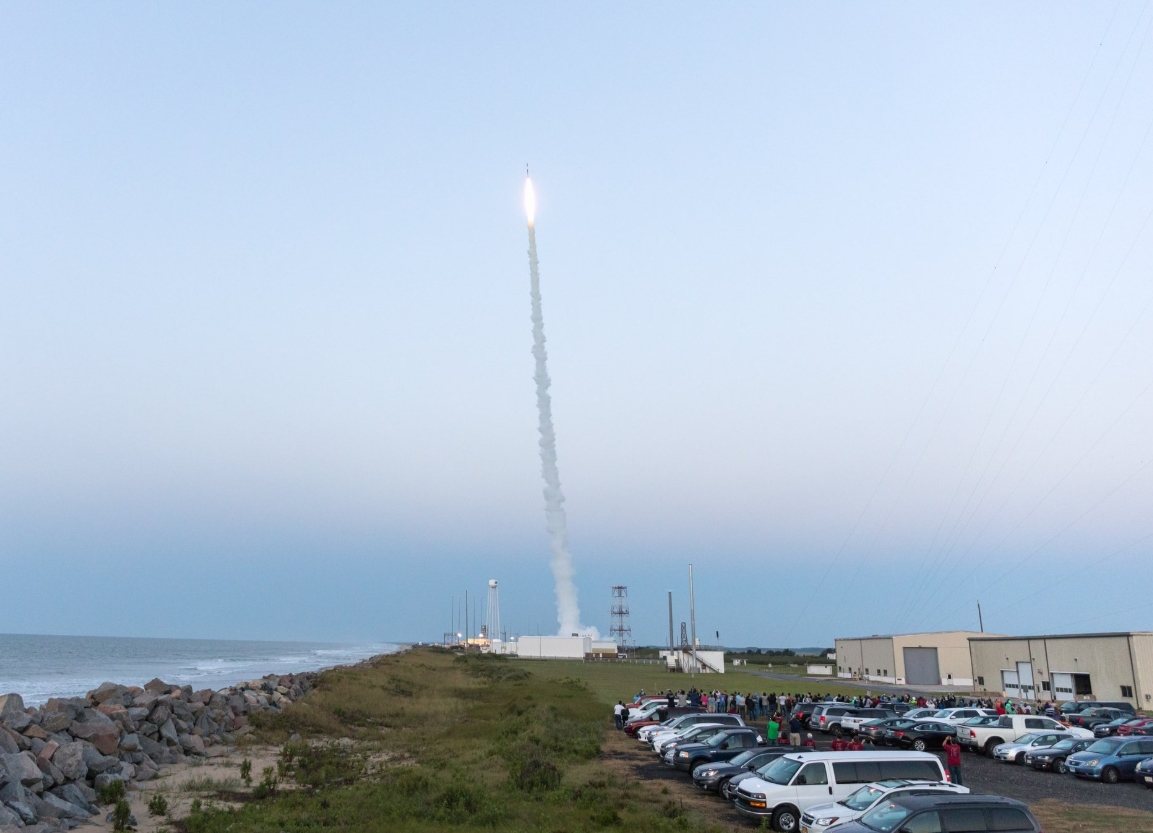 U.S.-based company Rocket Lab has announced the selection of Wallops at the Mid-Atlantic Regional Spaceport in Virginia as their first U.S. launch location to supplement capabilities from their New Zealand launch pad.  The announcement comes roughly one month ahead of the company’s anticipated New Zealand launch of an Electron rocket named “It’s Business Time”, the first operational Electron flight for Rocket Lab after two test flights in 2017 and 2018, respectively.

Rocket Lab has officially announced their selection of Wallops at the Mid-Atlantic Regional Spaceport in Virginia to be the first U.S. launch site for their small satellite Electron launch vehicle.

The announcement comes after several months of selection, with Wallops chosen in part for its orbital inclination launch abilities compared to Rocket Lab’s already operational launch site on the Mahia Peninsula on the North Island (Te Ika-a-Māui) of New Zealand.

According to Rocket Lab CEO, Peter Beck, in a one-on-one interview with NASASpaceflight’s Chris Gebhardt at Rocket Lab’s headquarters, “We were looking for a number of things in the U.S. facility.  Obviously, flight rate for us is a big deal, and Wallops was far quieter than some of the other pads in the United States.

“And for us, the ability to stand up a pad really, really quickly [was key].  And not just stand up a pad, but stand up a whole processing facility and offices and everything.  And Wallops had a technology park that’s almost all licensed and ready to go and land that’s ready to build on.

“There’s just a lot of infrastructure already at Wallops that we can leverage, from cryogenic farms to fueling farms – all those kinds of things,” said Mr. Beck.

And when Mr. Beck said Rocket Lab plans to build up a pad really quickly, he means it.

The company is planning its first launch of Electron from U.S. soil and its Wallops facility for Quarter 3 of 2019, less than a year from today’s announcement.

“We needed to get pad and support up quickly, and Wallops met the bill completely for what we needed to achieve in this time,” said Mr. Beck to NASASpaceflight.

Overall, the Wallops launch pad, known as Launch Complex 2 (LC-2), will be Rocket Lab’s second dedicated launch complex, will be capable of supporting monthly orbital launches, and is designed to serve U.S. government and commercial missions.

The site will bring Rocket Lab’s global launch availability across two launch complexes to more than 130 missions per year.

Moreso, the option to select from two launch sites adds an extra layer of flexibility for small satellite customers, offering an unmatched ability to rapidly deploy space-based assets with confidence and precision from a preferred location.

Rocket Lab will work with Virginia Space to construct dedicated pad infrastructure at Wallops while also developing a Launch Vehicle Integration and Assembly Facility in the Wallops Research Park to support the simultaneous integration of up to four Electron vehicles.

The facility will also contain a control room with connectivity to LC-2, as well as dedicated customer facilities.

Selection of Wallops as the first U.S. launch site for Electron came after Rocket Lab narrowed the final group of choices to four, including Wallops, the Cape Canaveral Air Force Station in Florida, the Pacific Sunport Complex in Alaska, and Vandenberg Air Force Base in California.

In addition to orbital inclination, Wallops was ultimately chosen due to its non-crowded Range, allowing Rocket Lab greater flexibility and cadence as opposed to other launch locations.

While two launch sites are soon to be in the mix for Rocket Lab, the locations at which specific Electron components are built will not change regardless from where a launch is intended to take place.

All Electron engines and avionics will continue to be produced at the company’s Huntington Beach, California, facility.  And all propellant tanks and stage builds will occur at Rocket Lab’s newly-unveiled facility in Auckland, New Zealand.

For Electron launches from New Zealand, the avionics suites and engines will ship from California to New Zealand and be integrated to the propellant tanks and stages at the Auckland, New Zealand, facility before Electron is shipped to its launch location on the Mahia Peninsula.

For launches from the U.S., Electron tanks and stages will be shipped from New Zealand to the launch site at Wallops, its engines and avionics shipped from California to Wallops, with the entire vehicle being integrated at its launch site.

Importantly, Mr. Beck emphasized that Wallops is the first Electron U.S. launch location, not the only one – with the Cape, Vandenberg, and Alaska all still possibilities for future Electron launch sites.

The LC-2 pad will be located within the fenceline of Pad A at Wallops, to the south and east. It will create 30 jobs for the local region, with the local authorities providing a grant of $5m, plus incentives.

Getting ready for It’s Business Time:

It’s Business Time had been scheduled to launch earlier this year, but Rocket Lab stood down that earlier launch window in June 2018 after unusual behavior was identified in a motor controller during pre-launch operations.  Initially, it was thought the recycle would be a matter of days, but the decision was ultimately made to rollback the vehicle and change out the controller.

Since then, Rocket Lab has not only been working on fixing the motor controller issue but has also been taking time to scale up their facilities to ensure they can meet the flight rates desired for Electron operations.

Part of this work included building two new clean rooms and two customer rooms as completely different facilities so two customers – even competitors – can process their payloads for launch at the same time at the New Zealand launch site. 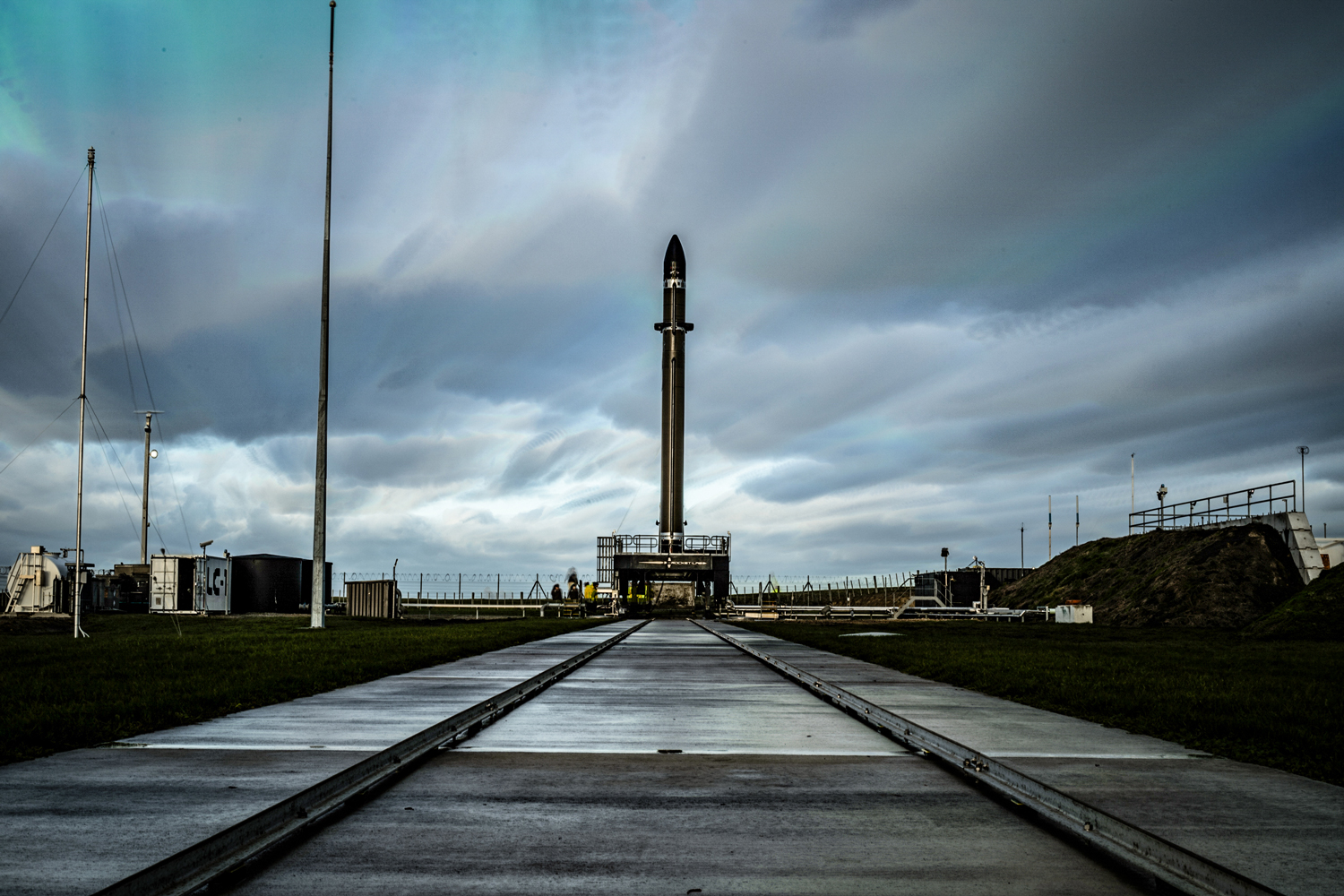 In specific regard to the Auckland facility, Mr. Beck said, “If you look at what Rocket Lab does, there’s attention to detail in everything we do.  Whether it be a launch vehicle or control room, you’ll always see that it’s beautifully designed, beautifully executed with huge attention to detail.  And that’s just who we are as a company.”

And who Rocket Lab is connects directly to the high flight rate they aim to achieve with Electron.

“With the flight earlier this year, we proved that we could make it to orbit with a very high degree of accuracy,” said Mr. Beck to Chris Gebhardt.  “The next phase, which is equally challenging, is scaling.”

Mr. Beck was specifically talking about the scaling up of the launch rate for Electron – which Rocket Lab eventually wants to fly at least once a week.  But to do that, more space and a quicker production rate were needed.

Specifically for the Auckland facility, Rocket Lab has invested in a great deal of automation, especially when it comes to the production of Electron’s propellant tanks.

“You can take a raw tube in one end and literally over a couple of shifts poke out a tank.  And then it just rolls down the production line. And it’s literally, in one door will roll a product and then out the other end of the doors is a completed rocket ready to be taken down to the launch site,” said Mr. Beck.

In all, Mr. Beck stated that another scaling up goal for Rocket Lab is getting from contract to launch in just two months – the amount of time it currently takes the FAA (Federal Aviation Administration) and FCC (Federal Communications Commission) to process and grant launch licenses for Rocket Lab.

In keeping with the scaling up theme, Rocket Lab plans to increase its launch cadence with the It’s Business Time launch in November followed in December by the NASA ELaNa-19 (Educational Launch of Nanosatellites – 19) mission.

At present, It’s Business Time is on track for its launch, with Mr. Beck noting to NASASpaceflight that “it’s gone through all of its acceptance testing, and bits of it are on the way to the launch pad.  It’s a November launch, and straight after that we’re going to shoot for the NASA launch in December. So we’re gonna try and do some nice, close back-to-back launch cadence.”

To that end, Rocket Lab is already looking to its – at present – 16 Electron launches on the books for 2019.

Atlas V 551 launches AEHF-4 for the US Air Force

NASA and Roscosmos trying to avoid an empty Space Station