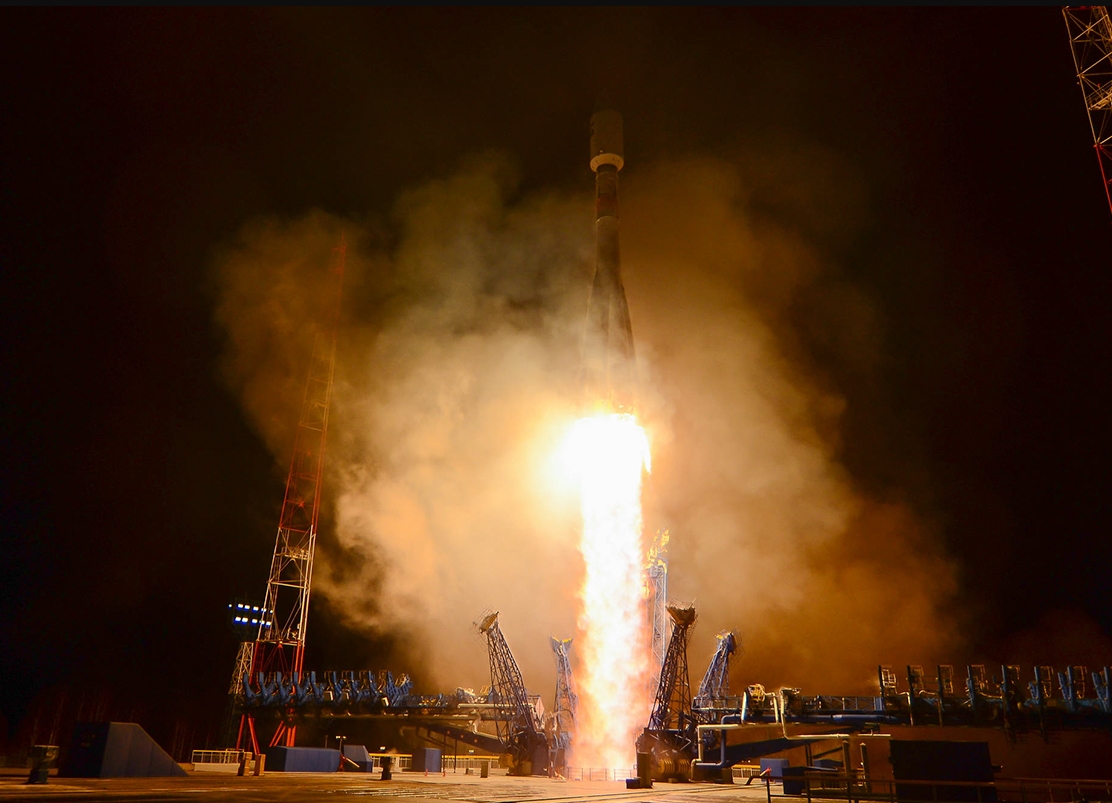 Russia’s Soyuz rocket has returned to flight with the successful launch of a Lotos reconnaissance satellite Thursday, two weeks after its failed launch of the Soyuz MS-10 mission. Soyuz lifted off from the Plesetsk Cosmodrome at 03:15 Moscow Time (00:15 UTC) on Thursday, deploying its payload into orbit about ten minutes later.

Thursday’s launch has deployed Lotos-S1 No.804, the fourth satellite in the Russian military’s Liana signals intelligence (SIGINT) programme. Liana consists of two families of satellite – Lotos and Pion – however, all of the satellites launched to date have been part of the Lotos series.

The Liana programme began in the 1990s as an effort to replace Soviet-era Tselina and US-PM spacecraft. Lotos replaces the Tselina series – these spacecraft are used for electronic surveillance, intercepting and collecting radio signals that are relayed back to Russia for analysis. Pion will be more specialized for naval reconnaissance, using radio signals and radar to track vessels. Pion has been heavily delayed, and it is unclear when the first satellite will be launched.

Russia’s KB Arsenal design bureau is the prime contractor for both Lotos and Pion and is responsible for building and integrating the satellites’ reconnaissance payloads. The spacecraft themselves are built by TsSKB Progress, based around a platform derived from the Yantar series of reconnaissance satellites. This bus is three-axis stabilized, with twin solar arrays providing power.

Lotos-S1 is the operational version of Lotos, following on from the prototype Lotos-S configuration that was used for the first two satellites. The programme’s first satellite, Lotos-S No.801, was deployed by a Soyuz-U rocket in November 2009. This was intended as a one-off, to be followed up with the operational satellites, however development delays led to a second Lotos-S launching aboard a Soyuz-2-1b in December 2014. The first Lotos-S1 satellite, No.803, was launched by another Soyuz-2-1b last December. 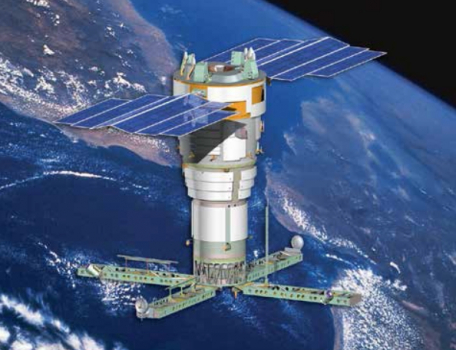 Soyuz has deployed Lotos-S1 No.804 into a low Earth orbit, with a perigee of approximately 240 kilometers (150 miles, 130 nautical miles), an apogee of about 900 kilometers (560 miles, 490 nautical miles) and inclination of 67.15 degrees. Within a few days of launch, the satellite will circularise its orbit by raising its perigee to the same altitude as its apogee. The satellite will use its own propulsion to accomplish this.

Now that Lotos-S1 No.804 is in orbit, it will be given a new public name in accordance with a system that Russia – and previously the Soviet Union – have used to obscure the identities of military payloads since 1962. The Kosmos series is a system of uniform sequential designations assigned to most new military satellites upon reaching orbit – while historically prototype civilian satellites (including early unmanned tests versions of the Soyuz spacecraft) and interplanetary missions that had failed to leave Earth orbit were also numbered in this way.

Lotos-S1 No.804 is expected to become Kosmos 2528. However, this is subject to confirmation as Kosmos numbers are occasionally assigned to subsatellites deployed from spacecraft already in orbit – which are not always announced.

The Lotos-S1 launch is Russia’s first since a Soyuz-FG rocket failed during the launch of Soyuz MS-10 two weeks ago.

The crew – Roskosmos cosmonaut Aleksey Ovchinin and NASA astronaut Nick Hague – were carried away from the rocket by their spacecraft’s launch escape system after the rocket malfunctioned during first stage separation and made a safe landing following a ballistic descent.

This was the first in-flight launch abort of a crewed Soyuz mission since 1975, although a pad abort occurred in 1983.

Thursday’s launch had originally been scheduled to take place last week but slipped a few days in the immediate aftermath of the MS-10 launch.

While investigations into the failure have not yet concluded, initial reports have suggested that one of the four boosters that comprise the first stage of Soyuz failed to separate cleanly. This is believed to have made contact with the second stage, puncturing one of its propellant tanks and throwing the rocket out of control.

This resulted in thrust termination – the rocket’s engines being shut down as a safety measure – and triggered the spacecraft’s automated abort mechanism.

No root cause has been announced. However, speculation initially pointed at a failure of a valve to open that would have vented residual oxidizer from the booster, pushing it away from the vehicle. 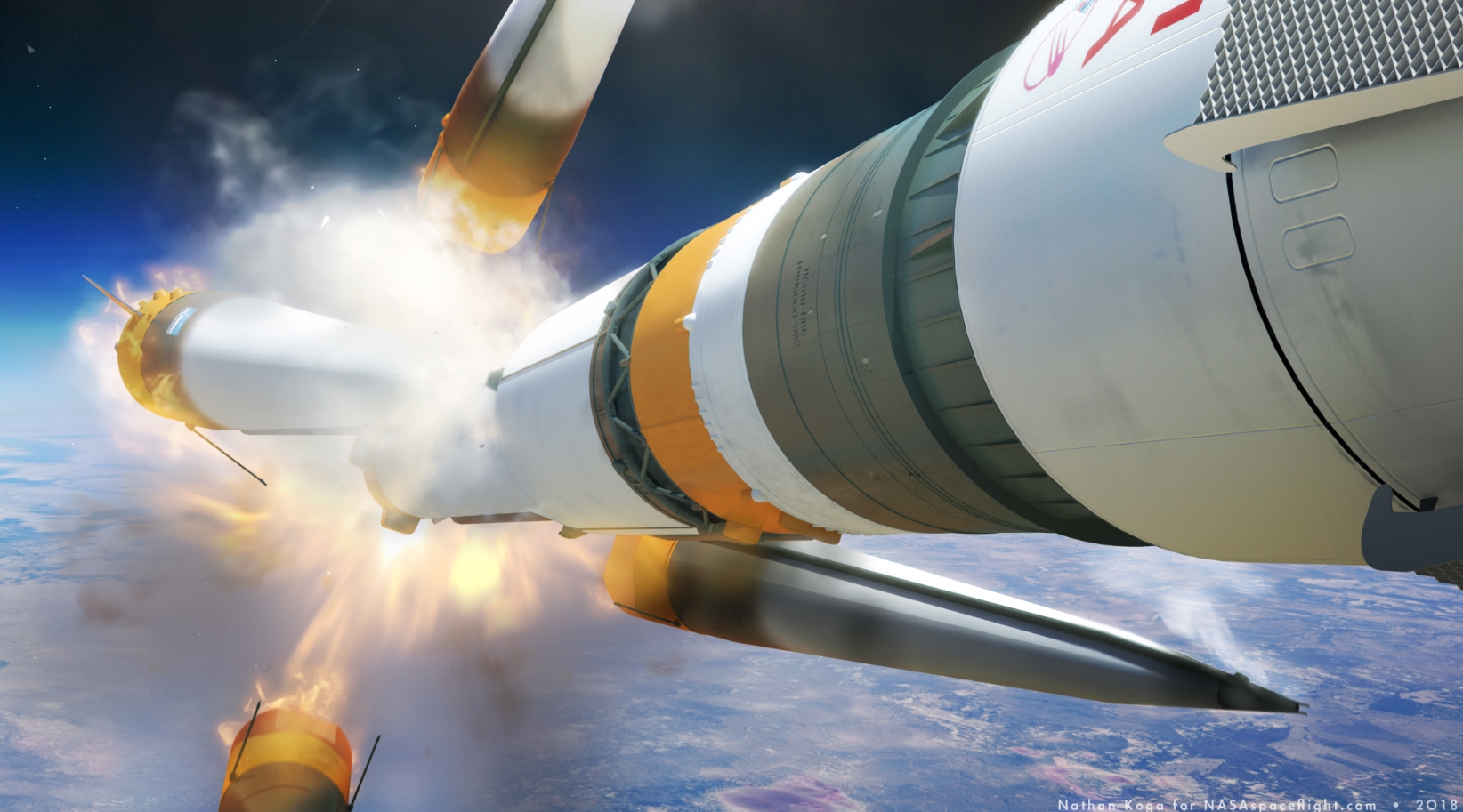 Later reports have suggested that the booster was installed incorrectly when the rocket was assembled – having been forced into a mounting lug that was bent out of shape in the process. A similar anomaly reportedly occurred during an unmanned launch in March 1986. The Russian State Commission into the MS-10 failure is expected to deliver its report at the end of the month.

The basic design of Soyuz’ first and second stages, which burn together from liftoff until first stage separation just under two minutes later, remains unchanged from the R-7 missile that Soyuz traces its history back to. Designed by Sergei Korolev, the R-7 was the world’s first intercontinental ballistic missile and made its maiden flight in May 1957.

A modified version of the R-7 was used to launch the first satellite – Sputnik – later that year, while the addition of a third stage allowed it to boost the Soviet Union’s first Lunar probes and to place heavier spacecraft – including the manned Vostok – into low Earth orbit. The design is well-proven: across all configurations, over 1,800 R-7 family rockets have been launched.

Ironically, the last Lotos-S1 launch also marked a return to flight for Soyuz following the failure of its previous mission – last December Lotos-S1 No.803 was launched just four days after a Soyuz-2-1b/Fregat-M failed to deliver a weather satellite to orbit, a loss that was traced to a programming error with the Fregat upper stage. Neither the MS-10 launch, nor Thursday’s mission, included a Fregat stage.

Thursday’s launch used a Soyuz-2-1b rocket, a modernized and upgraded version of the rocket compared to the older Soyuz-FG design that was involved in the failure earlier this month. Both are three-stage rockets, under Russian terminology, with the first stage consisting of four boosters designated Blok-B, V, G and D clustered around a Blok-A core, or second stage. 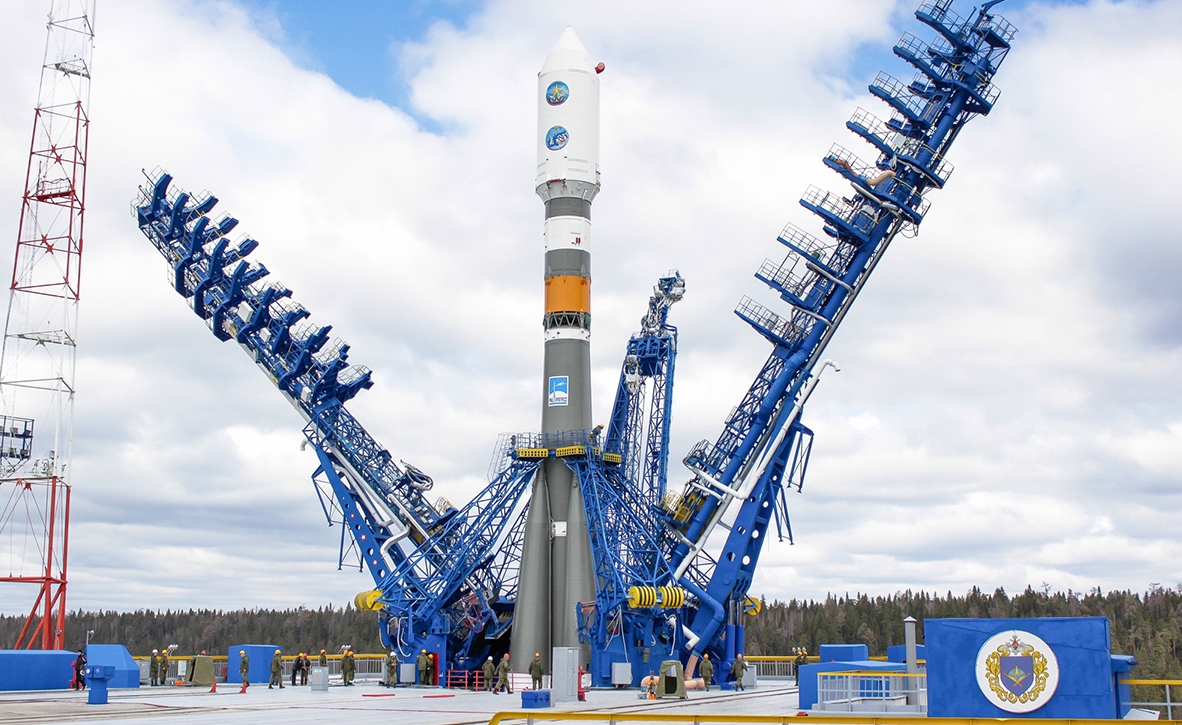 Soyuz 2-1B at the launch site – via Roscosmos

The boosters are powered by RD-107A engines, while the core uses the closely-related RD-108A. These engines burn RG-1, a refined petroleum propellant similar to the US RP-1, which is oxidized by liquid oxygen. Soyuz-2-1b features a digital flight control system, replacing analog systems that were used on previous versions of the rocket.

Soyuz-2-1b is one of three modernized Soyuz-2 configurations that are the mainstay of Russia’s launch fleet. It and the Soyuz-2-1a use the same first and second stages and flight control systems, with different versions of the Blok-I third stage. Soyuz-2-1a uses a Blok-I with an RD-0110 engine like earlier members of the Soyuz family, while Soyuz-2-1b has a more powerful RD-0124 engine. The smaller Soyuz-2-1v omits the Soyuz-2-1b’s first stage and replaces the engine of the Blok-A – its first stage – with an NK-33.

Soyuz has four launch sites worldwide: the Plesetsk and Vostochny Cosmodromes in Russia, the Baikonur Cosmodrome in Kazakhstan and the Centre Spatial Guyanais in Kourou, French Guiana. Soyuz has two launch pads operational at Baikonur and one each at the other sites – although two additional pads at Plesetsk are currently undergoing renovation and a fourth has been decommissioned. Thursday’s launch was from Site 43/4 at Plesetsk.

About sixteen seconds before liftoff, Soyuz ignited its first and second stage engines. After the engines had built up to full thrust, the swing arms of the launch pad came open and Soyuz began the climb towards orbit. The first stage boosters burned for the first 118 seconds of flight, before separating in a pattern known as the Korolev Cross after the rocket’s chief designer. After separation, the second stage continued to power Soyuz towards space, burning for another 170 seconds.

As the second stage came to the end of its burn, the Blok-I third stage ignited its RD-0124 engine while the second stage was still firing. This “fire in the hole” separation is normal for Soyuz, using the thrust from the second stage to keep third-stage propellants settled, eliminating the need of additional ullage or separation motors.

The third stage made a single burn, lasting four to five minutes, as it injected the Lotos-S1 satellite into orbit. During late second stage flight, or early in the third stage burn, the payload fairing separated from around the satellite at the nose of the rocket.

Lotos-S1 No.804 separated from the Soyuz rocket shortly after reaching orbit. After raising its orbit and undergoing checkout, the satellite will begin its mission, joining the fleet of satellites operated by Russia’s Aerospace Forces, or VKS.

Thursday’s return to flight for Soyuz is an important step towards Russia recertifying Soyuz for crewed missions to the International Space Station. The next Soyuz launch is due to take place on 3 November, with a Uragan-M satellite for the GLONASS navigation system, while a commercial launch from French Guiana – with EUMETSAT’s MetOp-C weather satellite – is scheduled four days later.

The next Progress cargo mission to the International Space Station is due to lift off atop a Soyuz-FG on 18 November, with the next crewed flight, Soyuz MS-11, currently targeting early December. Up to four further uncrewed Soyuz launches could also take place before the end of the year.