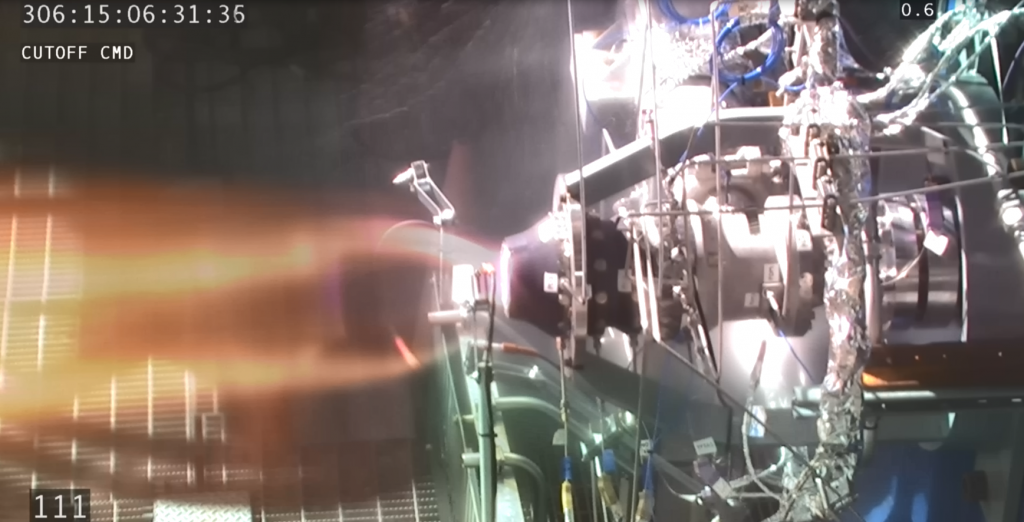 Stratolaunch systems continue to progress towards their first launch by completing the first hot-fire tests of the PGA engine preburner. This milestone marks the beginning of development for Stratolaunch’s in-house rockets that are planned to air launch from their massive carrier aircraft.
The tests are being conducted at NASA’s Stennis Space Center in Mississippi earlier this month. The full-scale preburner has been tested up to 70 percent power so far, and will be tested further in the coming months, including increases in both duration and power levels.

Powered by liquid hydrogen and liquid oxygen, the engine will efficiently deliver 200,000 pounds of thrust.

In 7 days, our team went from learning to start the #PGAEngine preburner to testing its power level at 70%! See a video of the testing here. #NewUSEngine pic.twitter.com/Y9aUEcgwWt

By beginning development of their own in-house rocket engine, Stratolaunch continues to move towards launch operations. The full-scale preburner was designed, fabricated, assembled, and tested in less than one year. Stratolaunch called the campaign “one of the fastest engine development programs to date.”

The Stratolaunch propulsion team made additive manufacturing a priority in order to enable this rapid timeline. The preburner is manufactured using 100 percent additive processes. 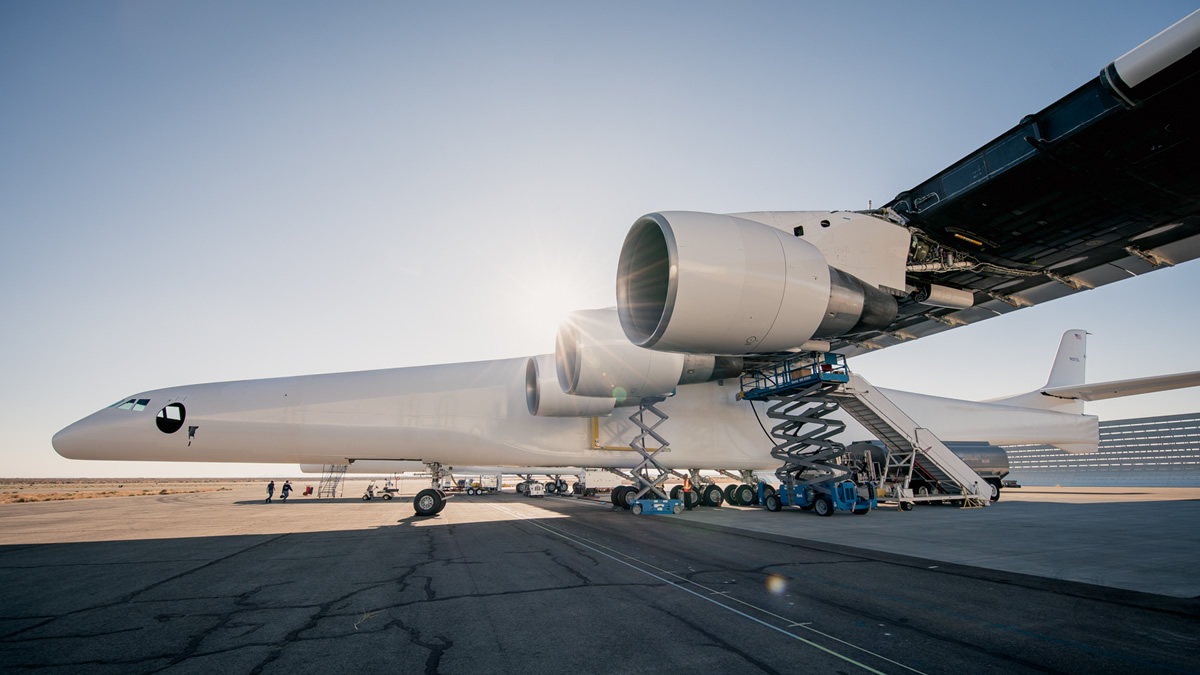 The company was founded in 2011 by the late co-founder of Microsoft Paul Allen with plans for a new air launch system. Since founding, progress has been evident in the incremental testing of the carrier aircraft on the ground. First, the aircraft was brought out of the hangar for the first time to test fuel systems. Engine testing followed, then low speed taxi tests.

As of October, the Stratolaunch aircraft has completed medium speed taxi tests as fast as 70 knots. The company has not yet announced a target date for the first test flight.

These launch architectures differ from traditional vertically launched rockets in that they are carried above the densest part of the atmosphere by a carrier aircraft, before being released to launch to space.

This lowers the cost needed to escape Earth’s atmosphere by utilizing less costly jet fuel and a reusable carrier aircraft. It also avoids many weather restrictions present in lower parts of the atmosphere and offers more flexibility for launch inclinations than fixed launch pads.

The Stratolaunch carrier aircraft is the largest aircraft in the world by wingspan and is powered by six jet engines from Boeing 747 airliners. Stratolaunch will release each launch vehicle at an altitude of 35,000 feet.

The vehicle will then pitch upwards to climb above the rest of Earth’s atmosphere while gaining enough horizontal velocity to achieve orbit. Stratolaunch is planned to operate primarily from Mojave Air and Space Port, the same spaceport as Virgin Galactic and Virgin Orbit, but can conduct operations elsewhere to reach any orbit desired. 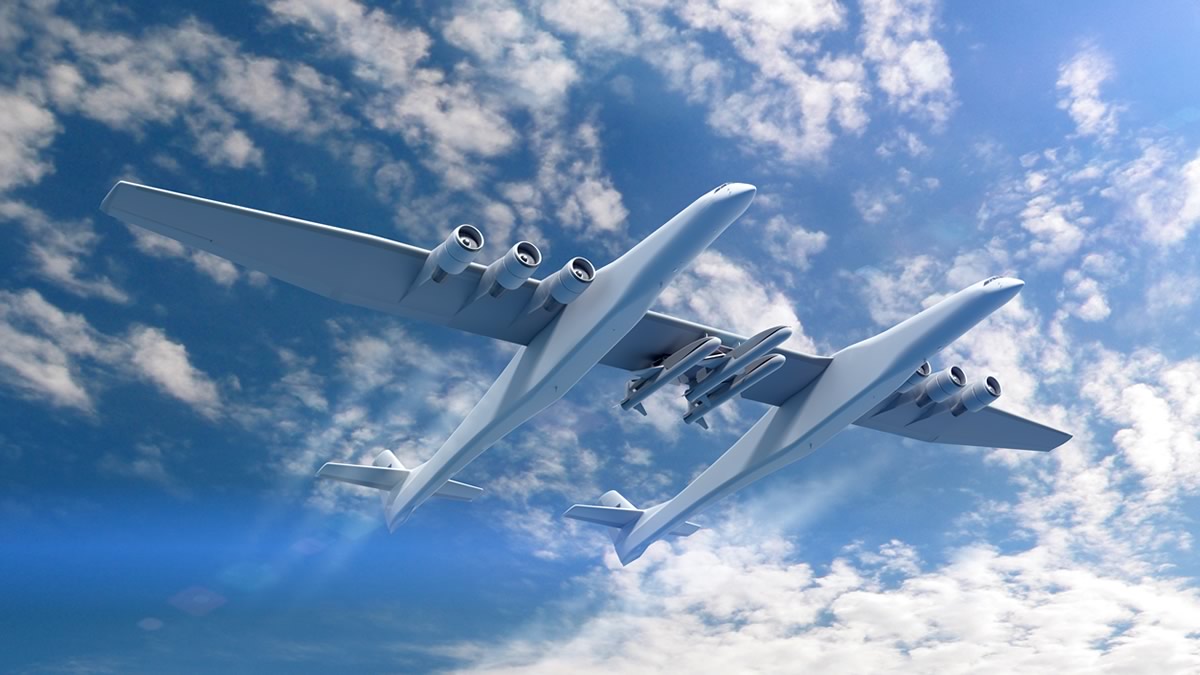 The rocket to be used for initial missions is now Northrop Grumman’s Pegasus rocket, which has successfully completed 38 launches to date. Northrop Grumman currently launches Pegasus from a Lockheed L-1011 airliner, and now plans to launch up to three Pegasus rockets during a single flight aboard Stratolaunch’s carrier aircraft. This also means missions to multiple inclinations can be launched in a single flight. 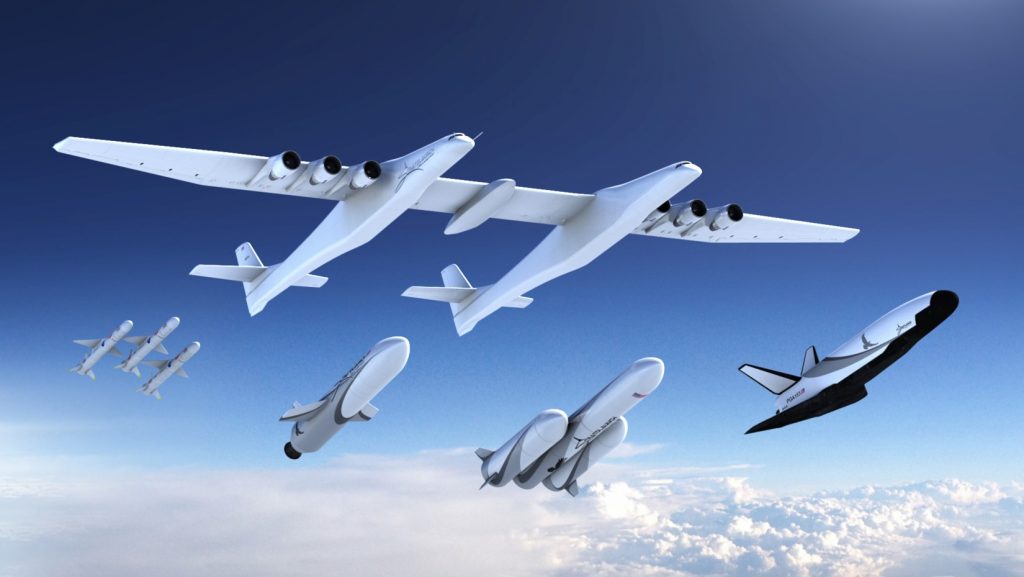 Starting in 2022, Stratolaunch plans to utilize their in-house Medium Launch Vehicle (MLV). The PGA powered MLV offers 3,400 kg to Low Earth Orbit. A tri-core version, the MLV Heavy, will offer up to 6,000 kg to LEO.

These vehicles would be in the small to medium lift class, outlifting Northrop Grumman’s Minotaur-C and Arianespace’s Vega launchers.

Stratolaunch is also studying the possibility of launching a reusable space plane that would initially launch cargo, followed by launching crew to orbit. This concept does not yet have an expected payload capacity or launch date.