Rideshare launch provider “Spaceflight” has announced 12 of it customer satellites have been shipped out of Seattle and are heading to India’s Satish Dhawan Space Center for a launch on a Polar Satellite Launch Vehicle (PSLV) rocket later this month. Spaceflight – also involved with an upcoming SpaceX launch this month – noted that using a variety of global launch vehicles allows them additional manifest flexibility.

The upcoming launch of the PSLV C43 mission – currently scheduled to take place on November 26-27 – will see a multitude of small satellites riding on the Indian rocket. Spaceflight confirmed to NSF that the vehicle will be flying in its CA (Core Alone) configuration.

India’s space agency, ISRO, will be launching HySIS (hyperspectral imaging satellite) on this mission, which will gaze over the country from 630 km in 55 spectral bands.

“‘Hyspex’ imaging will enable the distinct identification of objects, materials or processes on Earth by reading the spectrum for each pixel of a scene from space,” noted ISRO. “The payloads development center, Space Applications Center, Ahmedabad, designed the architecture of the chip which was made at ISRO’s electronics arm, the Semi-Conductor Laboratory, Chandigarh. The result was a detector array that could read 1000 x 66 pixels.” 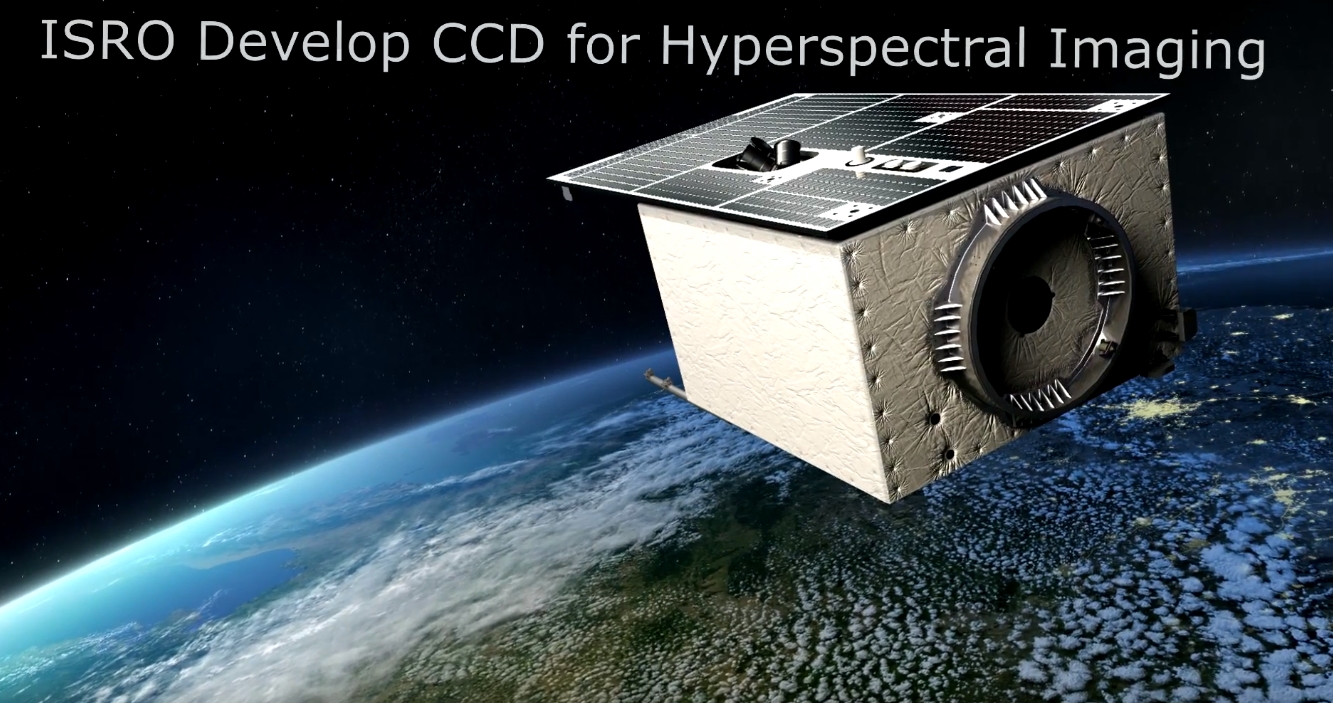 HySIS will be classed as the primary payload. However, up to 30 satellites from overseas customers will be riding alone for deployment.

Spaceflight noted 12 of the satellites are under its stewardship, with the integration of most of the payloads taking place at its Seattle integration facility. The payloads are currently en route to PSLV’s launch facility at India’s Satish Dhawan Space Center.

“In addition to securing capacity aboard the launch vehicle, Spaceflight executed the integration of most of the payloads at its Seattle integration facility. The payloads are currently en route to PSLV’s launch facility at India’s Satish Dhawan Space Center for a launch in late November,” noted Curt Blake, president of Spaceflight on Thursday.

“This is Spaceflight’s seventh launch with PSLV and following this mission, we will have sent 66 spacecraft to orbit aboard PSLV rockets. We value our partnership with such a reliable launch vehicle provider. PSLV’s routine launches enable us to provide satellite developers access to space and meet the growing demand from the smallsat industry.”

Australian Internet of Things (IoT) startup, Fleet Space Technologies, is hoping to launch two nanosatellites, Centauri I and II in the coming weeks. Both launches are under contract with Spaceflight.

Over the coming years, the Australian business will create a constellation of nanosatellites to create a scalable, global network to help connect many of the 75 billion sensors expected to dot the world over the next decade.

The nanosatellites will bring mass-scale efficiencies for industries such as agriculture, mining, and logistics by enabling businesses to gather complex, revealing data to improve operations.

The other launch will take place via a ride on a Falcon 9 rocket from Vandenberg Air Force Base on the SSO-A mission – which involves the lofting of 64 small satellites. 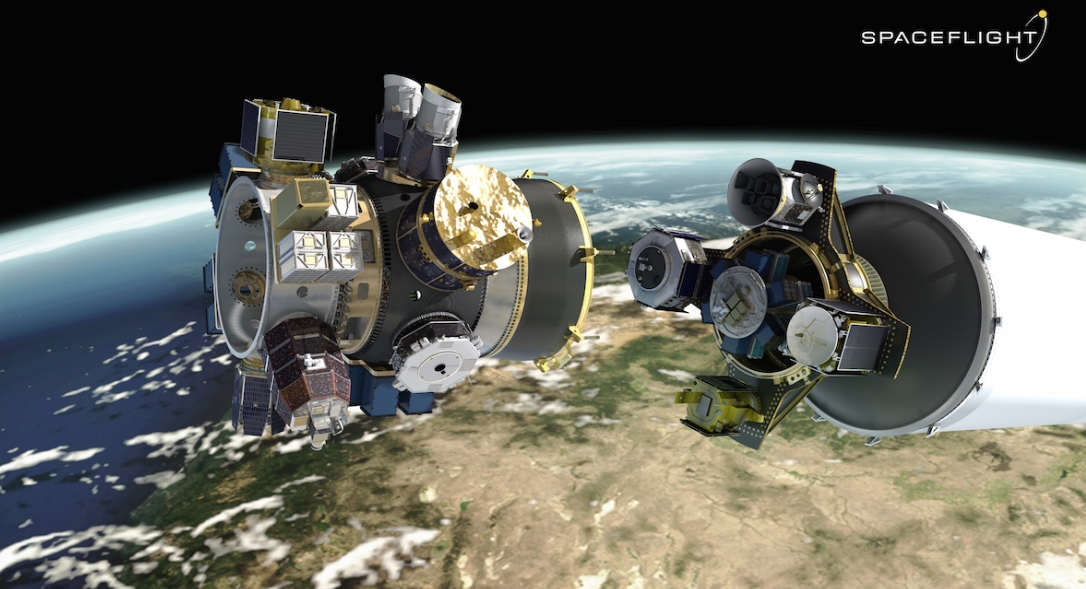 Spaceflight render of the SSO-A configuration

“The launch of our satellite is a huge milestone and we are thrilled to work alongside some of the world’s leading space innovators,” said Fleet Space Technologies co-founder and CEO Flavia Tata Nardini. “Spaceflight and launch vehicle providers such as PSLV, are helping to enable frequent and reliable access to space, which will be critical as we continue to build our constellation.”

Spaceflight’s involvement in both missions with different rockets from different countries was cited as part of their overall plan, utilizing numerous launch vehicles to allow for additional manifest flexibility.

Apart from the PSLV and soon the Falcon 9, Spaceflight works with Antares, Dnepr, Electron, Vega, Soyuz, and is set to be involved with Virgin Orbit’s LauncherOne.

The company noted that working with a range of vehicle providers increases flexibility and provides satellite developers a broad range of launch options should delays occur. Additionally, the smallsat rideshare service model helps organizations reach a desired orbit at a much lower cost than buying their own launch vehicle.

Spaceflight has negotiated the launch of more than 150 satellites on behalf of its customers and has contracts to deploy nearly 100 more through the remainder of 2018.