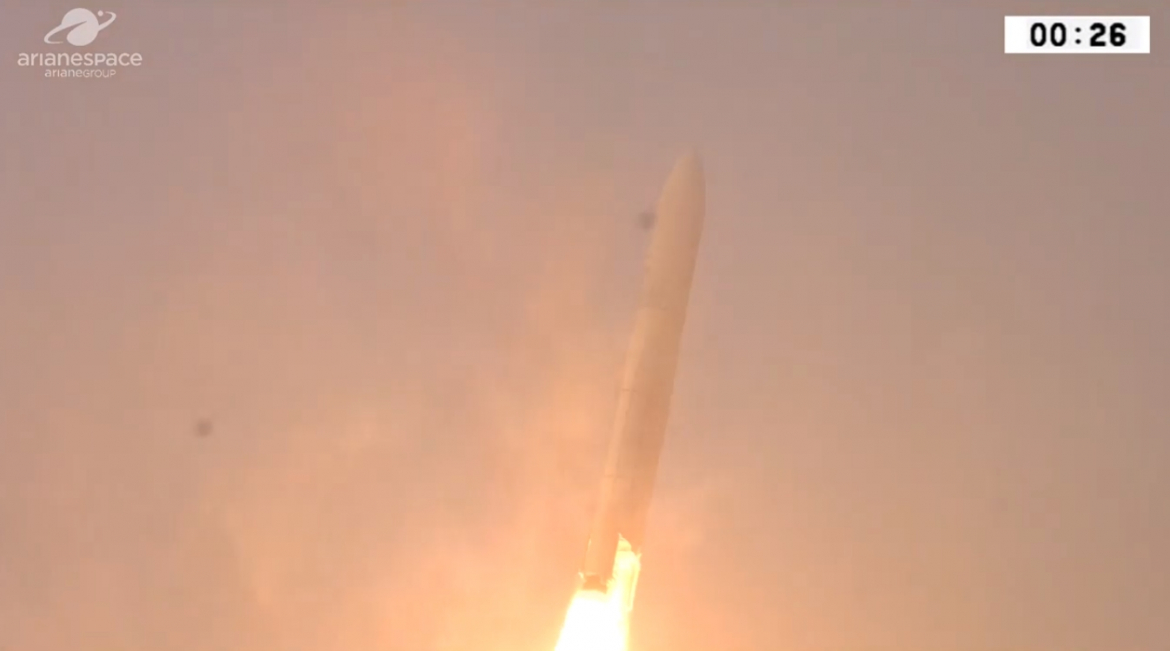 Ariane 5 returned to action on Tuesday with another dual passenger launch this time with GSAT-11 and GEO-KOMPSAT-2A. Liftoff from the European Spaceport in Kourou, French Guiana was on schedule at the start of a 76 minute launch window that opened at 5:37 pm local time (20:37 UTC). Flight VA246 was performed from Ariane Launch Complex No. 3 (ELA 3).

Flight VA246 marks Arianespace’s 10th mission performed in 2018, and the company’s sixth this year using a heavy-lift Ariane 5 – which is one of three launch vehicles operated by Arianespace at the Spaceport, along with the medium-lift Soyuz and light-lift Vega.

Ariane 5 delivered a lift off performance of more than 10,200 kg. on the mission to geostationary transfer orbit (GTO), which was designated Flight VA246.

This total included the GSAT-11 and GEO-KOMPSAT-2A satellite passengers, and also factors in the workhorse vehicle’s dual-payload deployment system and integration hardware.

The GSAT-11 satellite – produced by the Indian Space Research Organisation (ISRO) – rode in the upper position of Ariane 5’s payload arrangement, deployed first during the 33 minute flight sequence. To be positioned at 74 deg. East, GSAT-11 is configured to provide communications services from geostationary orbit.

This is ISRO’s largest and heaviest communication satellite ever  ̶  is configured on its next-generation I-6K structure to provide communications services from geostationary orbit in Ku- and Ka-bands in both forward and return links.

Offering a multi-spot beam coverage over the Indian mainland and nearby islands, GSAT-11 will bring significant advantages to users when compared with existing INSAT/GSAT satellite systems. Its designed lifetime is more than 15 years. 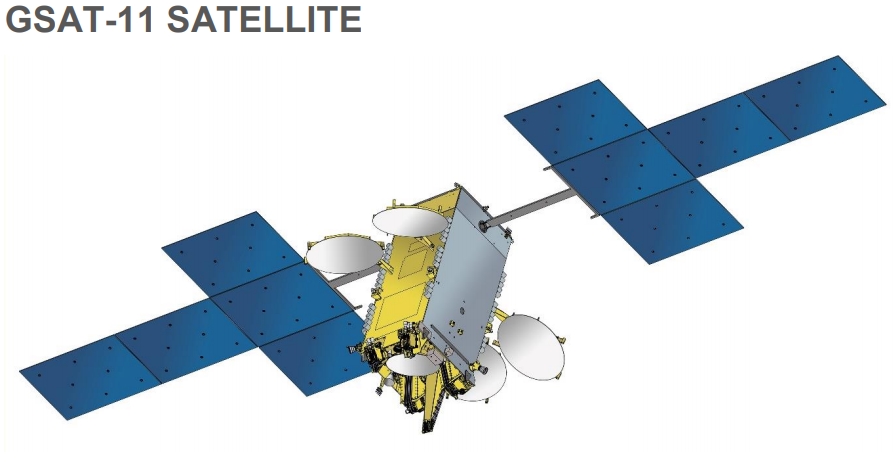 With two ISRO’s additional satellites remaining in Arianespace’s order book (GSAT-31 and GSAT-30), the launch of GSAT-11 is “another vivid demonstration of the strong bond uniting Europe and India in space cooperation,” according to Arianespace.

Since the launch of India’s APPLE experimental satellite on Ariane Flight L03 in 1981, Arianespace has orbited 21 satellites and signed 24 launch contracts with the Indian space agency. It has also won almost 90 percent of the geostationary orbit launch contracts opened to non-Indian launch vehicles.

Located below GSAT-11 in the launcher payload arrangement was the mission’s lower passenger – GEO-KOMPSAT-2A – which was developed by the Korea Aerospace Research Institute (KARI). It was designed to conduct meteorological and space weather monitoring missions, and will be stationed at the 128.2 deg. East orbital location.

The GEO-KOMPSAT-2 program is a national program of the Korean Government to develop and operate two civilian geostationary satellites, GEO-KOMPSAT-2A and -2B.

Covering the Asia-Pacific region, this weather satellite will enjoy a 10-year nominal life in service. Developed by KARI at its facility in Daejeon, South-Korea, GEO-KOMPSAT-2A will be KARI’s second satellite, and the seventh for South-Korea to be lofted by Arianespace.

“Arianespace is extremely proud of its selection by the Korean space agency, KARI. Our last launch for KARI occurred in 2010. Now, we have been chosen again by KARI to launch these two impressive meteorological observation missions. Contributing to Korean space achievements is a great honor for Arianespace,” noted Arianespace Chairman and CEO Stéphane Israël. 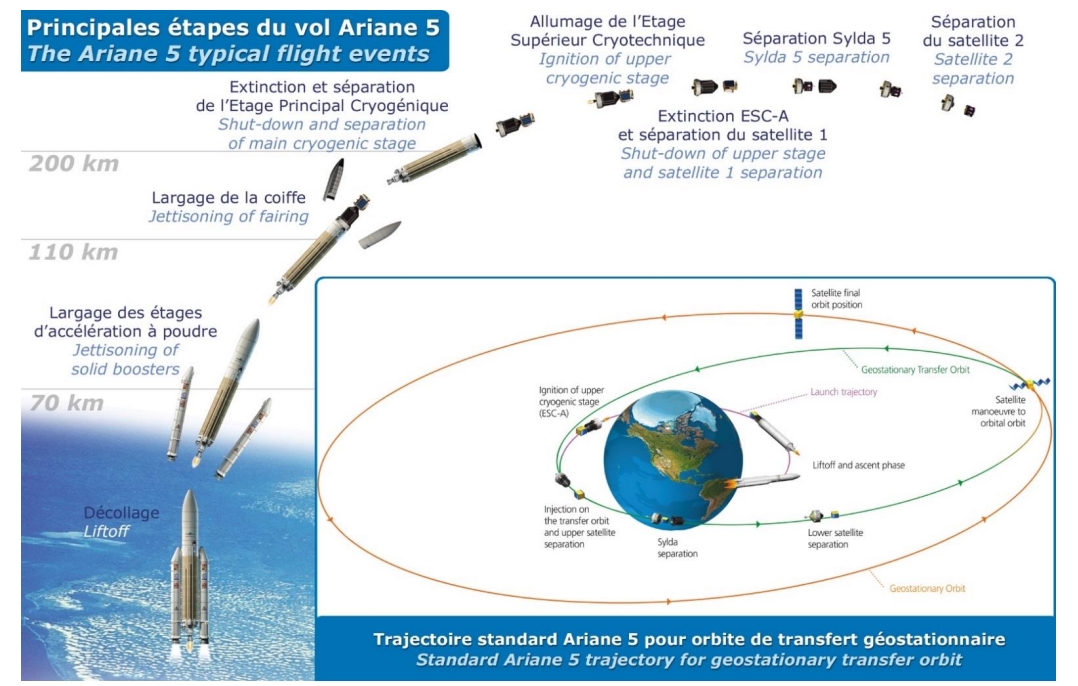 “I would once again like to thank the Korea Aerospace Research Institute for selecting us. Arianespace will deliver.

Prior to Flight VA246, Arianespace has orbited 588th satellites, out of which 115 were launched for eight space agencies around the world (Europe, France, Italy, Sweden, U.S., India, Korea and Japan).

GSAT-11 and GEO-KOMPSAT-2A were the 589th and 590th satellites to be orbited by Arianespace.