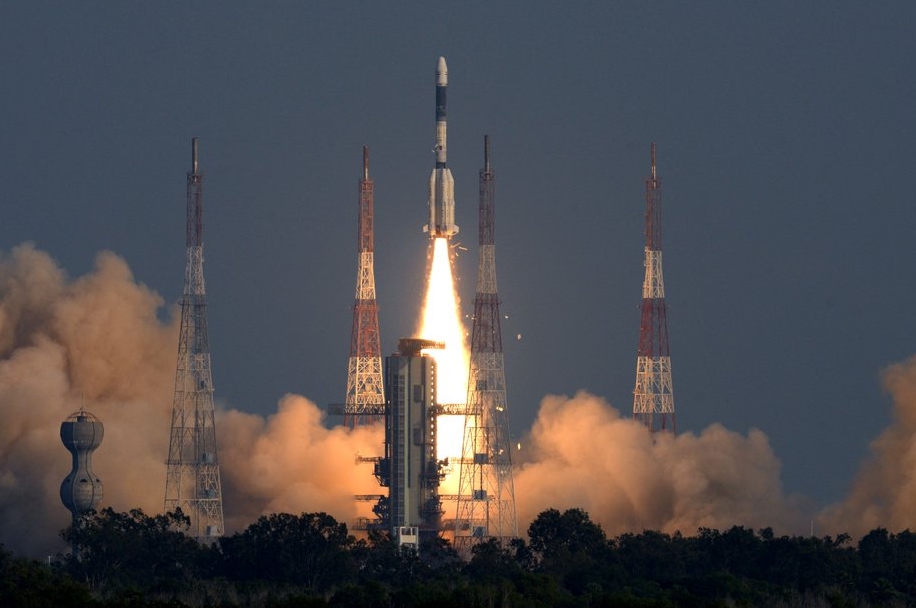 An Indian GSLV Mk.II rocket has launched the GSAT-7A spacecraft from the Second Launch Pad at the Satish Dhawan Space Center. The launch took place at 10:40 UTC on Wednesday.

This was the 13th flight for the Geosynchronous Satellite Launch Vehicle (GSLV) across its Mark I, II and III variants, Wednesday’s launch was conducted by the ISRO – the Indian Space Agency.

First flown in April 2001, the GSLV had something of a troubled history in its early career. One reached a lower-than-planned orbit which was corrected at the expense of several years’ operational life for its payload, one reached an unusable low orbit that could not be corrected and three failed to achieve orbit altogether.

However, recent launches have been successful, pointing to increased reliability.

The GSLV tasked with this launch was a Mark II vehicle, featuring India’s indigenous cryogenic upper stage (CUS) in place of the Russian-engined version used on the Mark I.  This was the seventh time ISRO had used the CUS.

GSLV Mk.II – and Mk. III launches use the Second Launch Pad (SLP) at the Satish Dhawan Space Centre (SDSC) in Sriharikota, a pad which it shares with PSLV and GSLV Mk.II rockets. 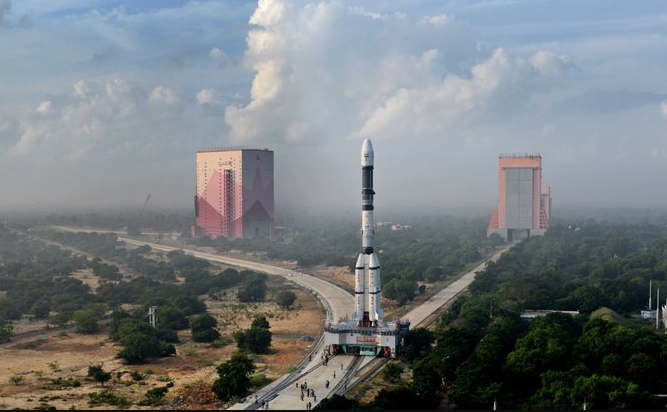 GSLV rolling to the pad – via ISRO

GSLV Mk.III is integrated vertically atop a mobile launch platform, in the nearby Vehicle Assembly Building (VAB). Once integration is complete the rocket is rolled out to the launch pad – which took place a week ahead of Wednesday’s flight in order to give time for additional testing due to the mission’s developmental nature.

The launch saw ISRO take another step towards becoming self-sufficient for launching its own satellites. Its Polar Satellite Launch Vehicle (PSLV) already provides India with reliable access to space for Earth observation and scientific missions requiring low orbits or smaller satellites, but the country’s ability to launch communications satellites to vital geostationary orbits has been constrained by the modest payload capacity and poor reliability of the Mk.I and Mk.II GSLV rockets.

The GSLV during processing ahead of this mission – via ISRO

Along with the Mk.I and Mk.II, which were developed from the PSLV, there is also the GSLV Mk.III, which is a completely new rocket. A three-stage vehicle, it consists of a solid-fuelled first stage comprised of two boosters attached on either side of a liquid-fuelled core, or second stage. A cryogenic third stage completes insertion of the payload into orbit.

GSAT-7A is an advanced remote sensing satellite tasked for the Indian Air Force (IAF). It will enable the IAF to interlink different ground radar stations, airbases and AWACS aircraft. It will also boost the IAF’s network-centric warfare capabilities and enhance its global operations.

GSAT-7A is a 2.2 ton geostationary satellite, which is within the capability of India’s domestic rockets. ISRO recently used an Ariane 5 rocket to loft the much heavier GSAT-11 spacecraft. GSAT-7A is the 35th Indian Communication satellite built by ISRO.

The satellite is expected to serve for a lifetime of eight to nine years, utilizing Ku-band transponders and two deployable solar arrays. This is the second satellite dedicated to the military, with the IAF is also likely to get another satellite, called GSAT-7C, within a few years, boosting its network-centric operations.

This was India’s seventh launch of the year, with the next launch set for January when a PSLV rocket will be tasked with lofting the EMISat spacecraft.