Exploring what’s next for Iridium after final NEXT constellation launch 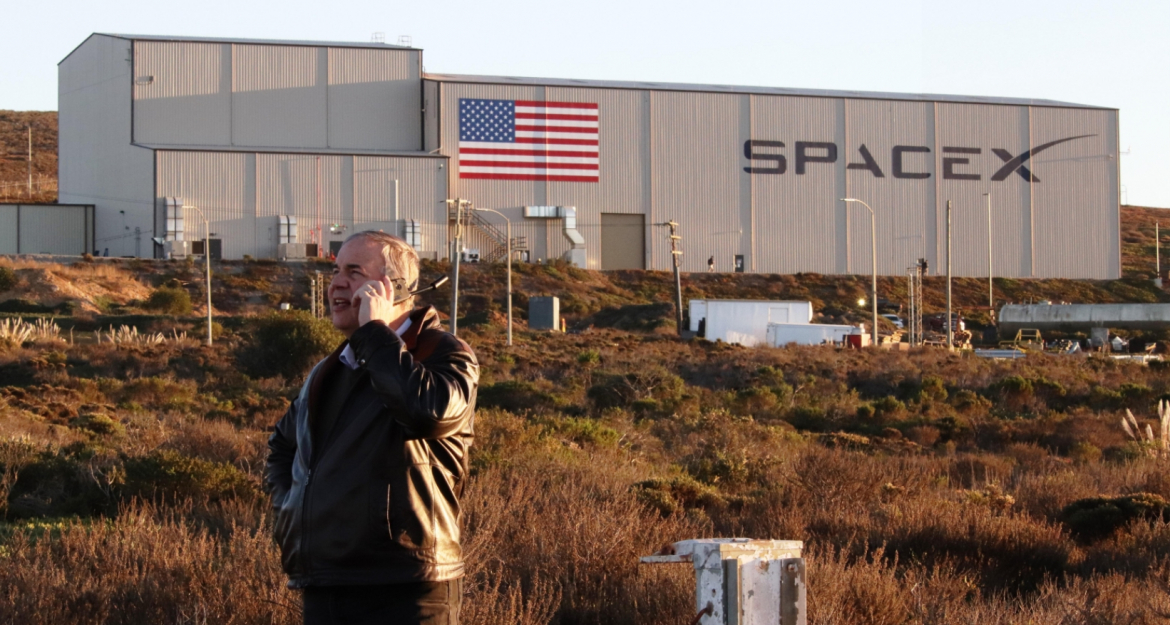 A 12 year campaign – including a two year, eight launch process – came to a successful conclusion for Iridium Communications on Friday, 11 January when the final batch of 10 Iridium NEXT satellites were successfully deployed into orbit by a SpaceX Falcon 9 rocket.

Rounding out the launch campaign might have seemed like the end.  But as with all missions, it was just the beginning as Iridium and their NEXT constellation is now primed to offer a full range of new capabilities.

In terms of the new services, “The first service we’re turning on is already in some commercial use, but we’re going to announce the official commercial launch of it this month.  And that is the Iridium Certus broadband service.

“Iridium Certus is our brand name, but it’s really more of a technology platform that we developed into Iridium NEXT.  It’s a platform that scales all the way from low-speed IoT (Internet of Things) all the way up into higher speed broadband capabilities.”

The announcement of Iridium Certus commencement came earlier this week, with Iridium’s website noting that that the service “simplifies satellite communications through a robust multi-service platform.  One terminal can now deliver a range of services from multiple high-quality voice lines to the highest throughput L-band data connection available, allowing simultaneous operations for business efficiency.”

The initial Certus offering is around 350 kb/s up and down, and that will be increased later this year through a firmware upgrade to about 350 kb/s up and about 700 kb/s down.

This is a significant increase in L-band spectrum capacity – the only spectrum certified for emergency services operations – even if it might not seem impressive compared to home internet speeds.

Once the firmware update is introduced later this year, Iridium Certus will have the fastest L-band communication rate of any operational service.  This significant increase in the L-band spectrum offering – as well as the other Ka- and Ku-band communications services through the Iridium NEXT constellation – will mesh nicely with other space-based, broadband communications platforms set to launch soon.

“Everybody hears Certus and they think broadband, and then they start thinking of other broadband packages, and then we get into, ‘But isn’t Starlink coming, and how do you relate to Starlink?’  But we’re totally complementary to all that stuff. We can do what they don’t do and they can do things that we can’t do,” said Mr. Desch. 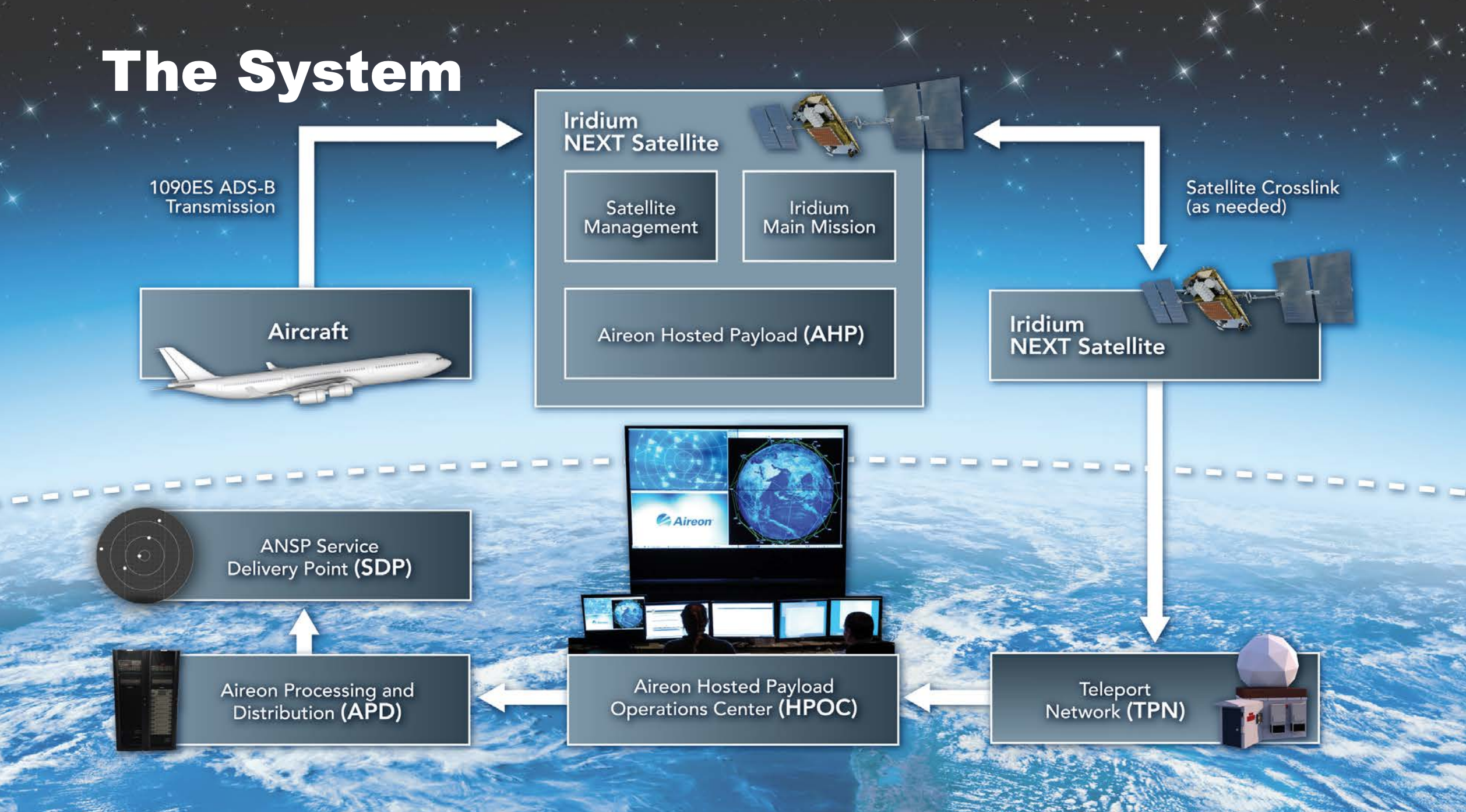 How the Aireon ADS-B system works with the Iridium NEXT constellation. (Credit: Aireon)

“So we’ll see our technologies deploy together, just like they’re deployed together today on maritime applications and on airplanes where we’re in the cockpit and other people are doing the Wi-Fi in the back.”

Keeping with the aviation field, another new feature made possible by the Iridium NEXT constellation will be activated this April: Aireon’s space-based ADS-B.

This service will commence in the North Atlantic and Canadian airspaces, and final testing is already underway.

“[Aireon’s] customers are doing all their testing, and they’ve got a whole certification process with the regulatory bodies.  And everything there is kind of underway for them to really launch that service as soon as all 66 payloads are fully tested, operational, certified, and everything else,” noted Mr. Desch.

The Aireon payload elements of Iridium NEXT are completely separate from the main communications platforms on the NEXT satellites, use a different communications spectrum, and have different operations.

In this sense, Aireon’s payload is completely complementary to the other services offered by the NEXT constellation.

What about everyday life?

The question often asked with space-based projects is how it will benefit life on Earth.

The Iridium constellation’s impact has already been extensively covered by NASASpaceflight in terms of the network’s usefulness in natural disaster response and recovery and its role in global air traffic tracking.

But what about the more day-to-day life aspects of the constellation?  Mr. Desch acknowledged that this is a question Iridium is asked often, mainly from people wondering what Iridum products they can buy at their local store or off Amazon.

Not everyone uses or has need for a satellite phone in their daily commutes and not everyone lives in areas where natural disasters are a growing or somewhat constant concern (though there is ample evidence that this is changing).

For those who travel off the grid or explore remote locations away from cell phone towers, Iridium personal trackers are commercially available, with Mr. Desch noting that many mountaineers, hikers, and international travelers use them.

“They’re a pretty cost effective way to text and locate and send an emergency message and all that sort of thing.  It’s not just a satellite phone anymore, but it’s actually using your iPhone when you’re off the grid or away from cell phone towers.” 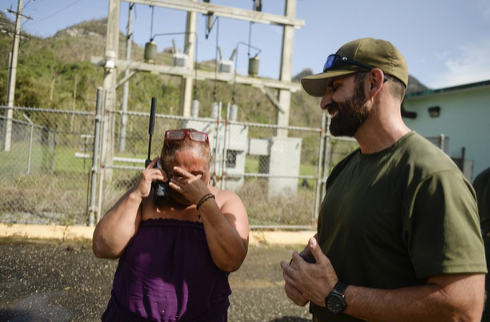 Unseen to the public, Iridium trackers are also used to ensure food and drug safety – monitoring shipments of consumables and allowing for verification that transport conditions (refrigeration, travel time, etc.) do not breech safety standards.

Closer to home, in our cities and towns, Iridium devices are used – as an example – in smart manhole covers on streets and sewers to help manage levels of water and help prevent overflows that could lead to flooded homes and businesses.

“People don’t like to have their basements flooded when too much rain happens, and they’re happy to hear their city is deploying some sort of technology that eliminates flooding because these things are using a satellite network to transmit when the water level rises too high in those wastewater tunnels underneath the city,” said Mr. Desch.

Having more efficient city operations “saves money and taxes and that sort of thing.”

In terms of natural disaster early warning systems, Mr. Desch related that “the people in Seattle would be happy to know that [their city] is being protected by tsunami warning buoys.

“I think these things all have a lot of relevance, maybe not directly because you don’t buy it yourself, and you don’t deploy it.  But you’re happy to know that you’re safer, or you’re healthier, or things are less expensive, as a result of a technology. And it wouldn’t be that way if that hadn’t been deployed,” said Mr. Desch.

Further into the future:

In building the NEXT constellation, Iridium spent a great deal of time and resources designing a system that could account for the expanding and changing needs of a world community over the next decade or longer.

“We have a highly engineered system,” noted Mr. Desch.  “We [had to]engineer when data arrives, ensure that it always arrives, that it operates the same in every way” as devices on the ground hand off from one satellite to the next as those satellites orbit Earth.

In so doing, Iridium created a highly engineered and precise network – one that cannot simply be augmented by adding additional operational satellites to increase performance or capacity.

“There’s pros and cons to that.  I kind of wish [we could add more satellites], but on the other hand, we wouldn’t be able to do many of the applications we do if we did do it that way.  So it’s just a trade-off,” said Mr. Desch.

An overlapping coverage map of the Iridium NEXT constellation. (Credit: Iridium Communications)

That doesn’t mean new features can’t be added as the NEXT constellation evolves with the changing demands on the ground.

New elements and capabilities can be added through software uploads and repurposing of hardware components.

“One of the reasons our network has been so flexible in space, and why it’s lasted so long, is because it’s a completely software defined, computer controlled system from the beginning.  It was one of the first ones ever to be. And so it’s basically been reprogrammed over the years.

“And this new [constellation] is the same way,” said Mr. Desch.

“The core of the satellite is practically a supercomputer and has just all kinds of capabilities.  And so it’s a very, very flexible, powerful platform for us to innovate and develop off of.”

But that is for the long-range future.

More immediate, Iridium plans to have the final NEXT satellite in its operational location in less than a month, completing the task of replacing the original constellation.